Todor "Tosho" Todorovic – Saving his heart and soul for the stage and studio The prominent leader of the Blues Company was born in Lingen in Emsland in 1951 to Yugoslavian parents who fled to West Germany after World War II. Tosho’s childhood was filled with music, and he was still young when he discovered his love of the blues.

Despite this, he went on to study classical music. Back in the day, this was the only type of music that could be studied, and ultimately paved the way for Tosho Todorovic’s current involvement in teaching music as a lecturer at the Institute of Music at the Osnabrück University of Applied Sciences. At this institute, students can even do a Bachelor’s degree in pop music – along with classical music, jazz, musicals, elementary music education or vocal training – and not only learn all about virtuosity in playing an instrument and creativity in song writing from Todorovic, but also profit from his professional experience in the other areas of the music business.

Mike Titre, the second guitarist and second vocalist of the Blues Company, has been standing at Tosho’s side since 1980. 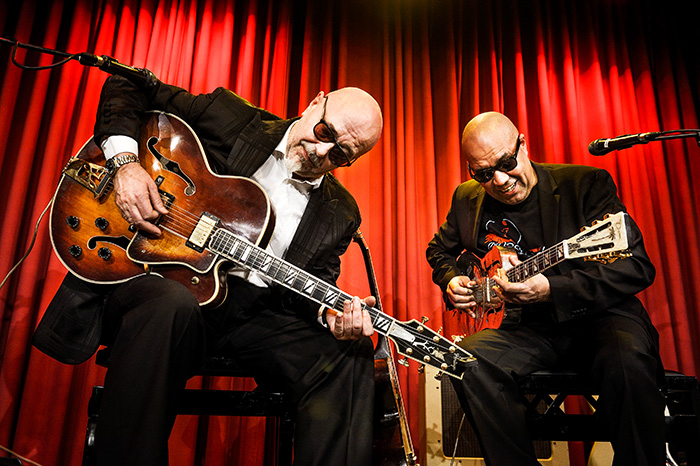