Cab Calloway, Louis Prima, ‘Fats’ Waller, Louis Jordan; these superb artists were never afraid to entertain. As well as playing great music, they also looked like they were having the time of their lives whenever they got on stage.
Now there is one man who is continuing this upbeat tradition of entertaining his crowds with amazing tunes, storming jazz sax solos and an unmistakable, individual voice. His name is Ray Gelato, and he joins his legendary predecessors in continuing the trend of delivering the coolest swinging sounds around.
Gelato is considered to be one of the last in a long line of the classic jazz entertainers. Expect to hear some footstompin’ big band tunes that are guaranteed to have you jumpin’ and jivin’ and leave you feeling uplifted and inspired - a selection of truly Classic records as well as Ray’s original material. Ray is touring with his latest album ‘Salutes the great entertainers’, released in 2008. He has also released his very own cookbook, ‘ Cookin’ With Ray’, and selling over 500 copies on live gigs alone! 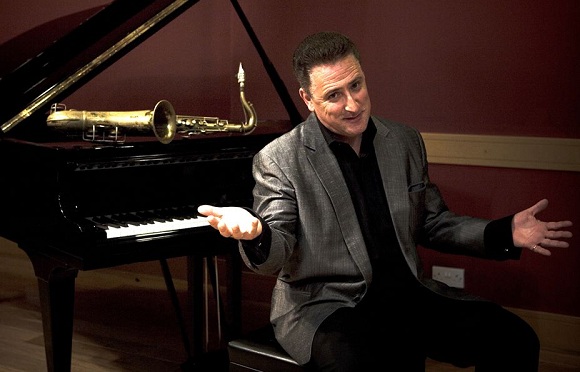