"Blues and Jazz 'ARE' the 'impact' and commentary on our American racial, cultural and socio-political experiences."

Jon Otis: The World of BluBeatz

Darrell Jon Otis was born June 12th 1953 in Tulsa, Oklahoma. He grew up in the San Francisco bay area and worked since the age of 15 as a musician. From the late 1960's Jon played with a large variety of artists, groups and musical projects with styles ranging from Pop, Rock, R&B, Blues and Funk to African, Brazilian, Latin, New Age, World and Jazz. His talents include: drums, percussion, vocals, composer, producer, and teacher.  In his early twenties Jon's work with his legendary father's group The Johnny Otis Show and other groups from the Bay Area laid a solid rhythmic foundation for his future work. Jon's love for African and Afro-Caribbean rhythms and his strong Rhythm & Blues roots create a unique musical style. Jon has been living in Europe since the early 1980's and has been engaged by various well-known artists worldwide on stage and in recording studios. Since 2000, Jon has been spending more time again in the U.S.    Photo by Rebecca Sims LeMesnager 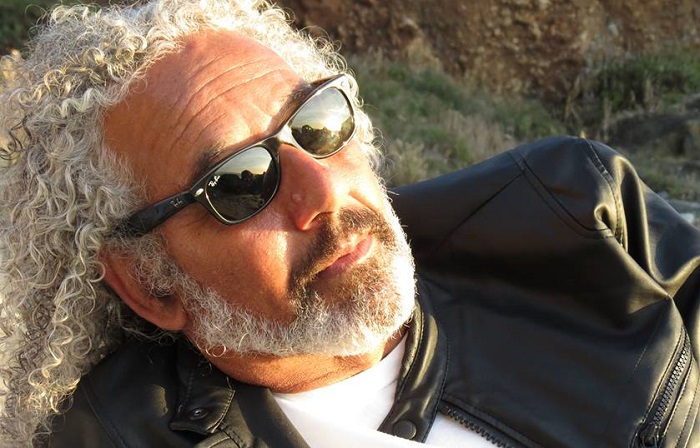 What do you learn about yourself from the Jazz & Rock n’ Blues culture? What does the blues mean to you?

I learn through the music that I as an American have a culture. The Blues means transforming a negative situation into a positive experience through music.

How do you describe Jon (Darrell) Otis sound and songbook? What characterize your music philosophy?

I call my music my "BluBeatz Sound". My songs are my musical treasures for the world from my many life experiences translated into music. My musical philosophy is to remain open minded and express myself through my music.

All positive encounters with people throughout my travels have been most important. The best advice was from myself to never give up and go for what I believe in.

One very fond memory was playing in my brother Shuggie's band and having Shug's two sons and our brother all in the band. 5 Otis's. 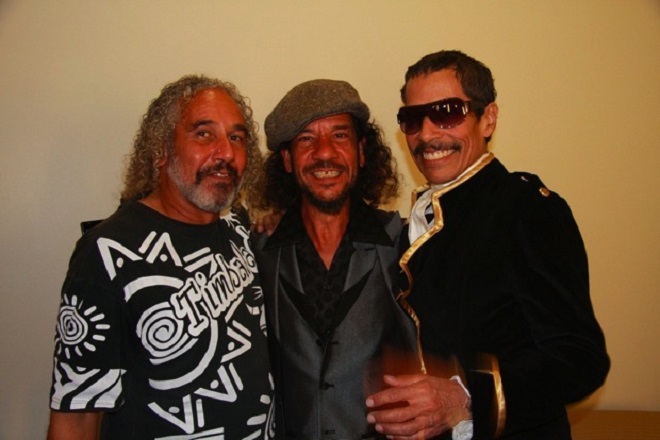 "Johnny Otis was a creative pioneer. A relatively late bloomer into the music scene, he championed equal treatment for musicians of color. He loved black people and black music and black people loved him." (Jon, Nick & Shuggie Otis at Stern Grove, 2013 / Photo by Rebecca Sims Lemesnager)

I would change the "winner take all" attitude of the music biz and replace it with a "we are all creative winners" attitude. And I would celebrate our differences.

What are the lines that connect the Blues, Jazz, R&B and Funk with African, Brazilian, Latin, and World Music?

The Minor Pentatonic Scale is a line that connects these types of popular music.

Why did you think that the late GREAT Johnny Otis music continues to generate such a devoted following?

Johnny Otis was a creative pioneer. A relatively late bloomer into the music scene, he championed equal treatment for musicians of color. He loved black people and black music and black people loved him.

What has made you laugh from Johnny Otis (Veliotis) and what touched (emotionally) you from your Greek origin? 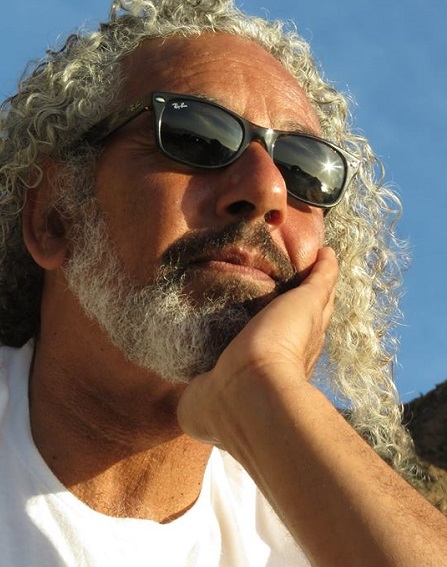 My dad's great sense of humor made me laugh countless times. He was an awesome cartoonist. Greek Folk Music touched me deeply although I had very little contact with it.

"I learn through the music that I as an American have a culture. The Blues means transforming a negative situation into a positive experience through music."

Blues and Jazz "ARE" the "impact" and commentary on our American racial, cultural and socio-political experiences.

I would love to visit Greece and experience the culture, not just for one day.