"It's impact is massive. It brought cultures together in a positive fashion during a troubling 20th and 21st century I would say."

Mike Mackey, multi-instrumentalist, songwriter, and band founder, describes KINGS' approach as “Renfrew County rural blues”, a form that “mixes blues elements with characteristics of country and folk, filtered through my experience.” Mackey has been writing and performing music in and about the Ottawa Valley for over a decade.

How has the Blues and Rock Folk Counterculture influenced your views of the world and the journeys you’ve taken?

The realism of Lead Belly hit hard early on. His personal life was spellbinding and his creative furnance was original and ground shaking. Learning about Lead Belly kicked the door down regarding a musical and social/political counterculture. Another and equally important influence would be Billie Holiday. Amazing person and amazing artist. I'm not sure how exactly blues counterculture shaped my view of the world, but it certainly shaped too much of my own journey. Much too much. 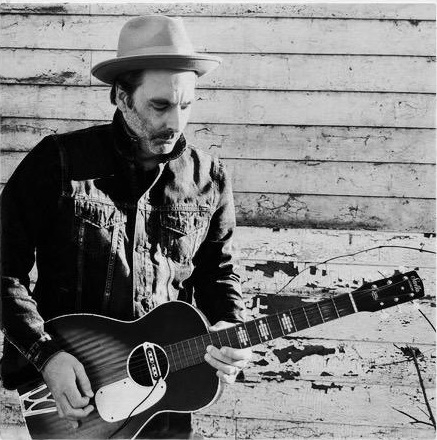 Simple, original Renfrew County rural blues written on a Stella guitar. I have no ideas whatsoever about the mysteries of the creative drive. I wish I did.

Irecently visited the mythical Rolling Stones Mobile Recording Van in Calgary, Alberta. It has been fully restored and is a ship shape analogue studio owned by Bell Studio. Being there was a high thrill. I'm a huge Jimmy Miller fan and loved his tenure with the golden era of the Stones. The atmosphere was magic. A very large percentage of the studio contains the genuine equipment used for the basis of Exile on Main Street.

I'm not sure that I do miss any precise element. That's what is so wonderful about records. It take the listener right to that great moment. My hopes are that good blues music will continue.

Make an account of the case of Blues n' Roots music in Canada. Which is the most interesting period in local scene?

Renfrew County and Ontario in general has pockets of blues that cook. Kingston, Ontario is a touchstone for blues. It has that elusive quality of being constantly creative in music. One of my favourite cities. Always a grand time.

Just keep going and it some how works out. You have to commit.

What is the impact of Roots and Blues music on the racial, political and socio-cultural implications?

Hard to calculate. It's impact is massive. It brought cultures together in a positive fashion during a troubling 20th and 21st century I would say.