"I wasn’t allowed to play the blues when my mother was teaching. She just didn’t like the sound of the blues. It just didn’t compare with church music" 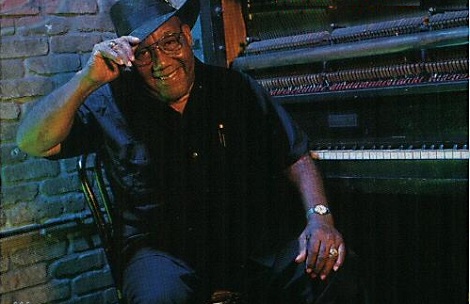 Moore spent most of the last 40 years in Chicago, backing up a long list of musicians including Little Walter, Lonnie Brooks, Hound Dog Taylor, Howlin' Wolf, Muddy Waters and B.B. King. Born and raised in Greenwood, Mississippi, Moore was encouraged in his piano playing by his mother, who was a music teacher and church piano player; early on, he was influenced by Curtis Jones, and later Memphis Slim. Later on, after moving to Chicago, he learned from boogie-woogie paragon Roosevelt Sykes, and the two would often team up in blues clubs around Chicago. Moore worked for the city of Chicago for 36 years and played blues strictly on a freelance basis on weekends, backing up local bluesmen in club shows. After retiring from the Chicago Sanitation Department, Moore relocated to Milwaukee in 1990 and made blues his full-time vocation in his retirement years.

His wife Katie Banks Moore would appreciate any donations to help defray the cost of Aaron's funeral. Donations should be sent to her home, payable to:
Katie Banks
7528 S. Sangamon Street
Chicago, IL 60620-2848