"I think that comics can bring people from different cultures together, but I think that changing the ethnicity of existing characters shouldn't be done just for politically correct reasons. (A white guy playing Blade? No Way!)."

Eddie Price is a multitalanded artis, lives in Trion, Georgia, with his wife Cathy. He is a minister, and musician. In the past two years he has begun his journey as a professional freelance comic artist. Eddie says: “I am an artist based in Northwest Georgia. I love sci-fi, fantasy and anything with monsters! I do independent commission work at reasonable prices so give me a holler. 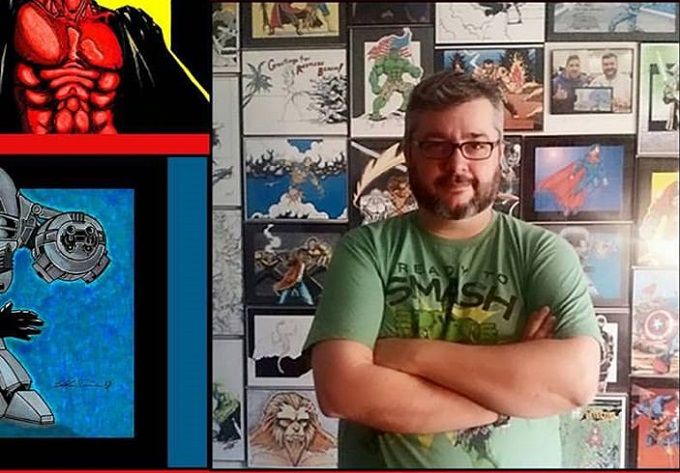 Let your imagination come to life and let me put it on paper for you. You can also choose prints under "Store" or 3D art and originals under "Original Art".  Be one of the cool kids and connect with me on social media.”

American cartoonist/musician Eddie Price talks about his his journey in the world of comics, Captain America, Spiderman, Mad magazine and Yoda!

What were the reasons that you started the comic researches and experiments? What characterize your artwork?

I'd been a drug addict for 18 years. In 2005 I got clean and sober. After that I sought out things I could do with my life. Two years ago I went to my first comic convention, and thought I'd try comic art since I'd never done it. Now two years later the same comic artists I'd thought of as legends are now my fellow peers. I'm still finding my voice in my own style, but I'm having a blast in doing so.

I used to love reading comics in my room as a kid, and wondering what they'd look like in real life. My biggest fear is that comics will go totally digital, although I don't think that they will.

What do you learn about yourself from the comic/cartoon culture and what does COMIX mean to you? 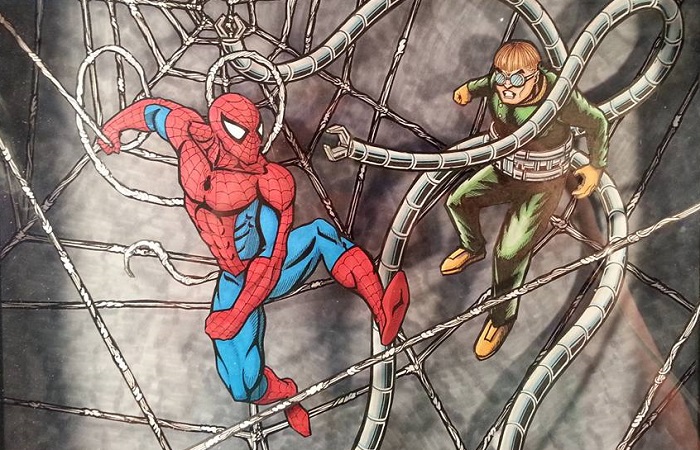 "I used to love reading comics in my room as a kid, and wondering what they'd look like in real life. My biggest fear is that comics will go totally digital, although I don't think that they will."

If you could change one thing in the world of comic and it would become a reality, what would that be?

I really can't think of anything I would change in the comics industry except for stop changing my favorite characters! I know that some things will always change in comics as a constant, but there has to be a line ya know?

What is the impact of comic art and culture to the racial, political and socio-cultural implications?

I think that comics can bring people from different cultures together, but I think that changing the ethnicity of existing characters shouldn't be done just for politically correct reasons. (A white guy playing Blade? No Way!).

What has been the relationship between music in your life and art? What touched (emotionally) you from music?

I am a musician from a family of musicians and artists alike. I had an uncle who made children's toys by hand, and he was blind. I play several instruments myself, and sing professionally. I think that this and art are creative outlets which are interchangeable.

I am a singer, and guitarist first, and there are some times when these are the only things in my life which can be therapeutic outlets.

I'd go to the 40's and I'd take my art supplies, and the book "Do Androids Dream of Electric Sheep" by Philip K. Dick. 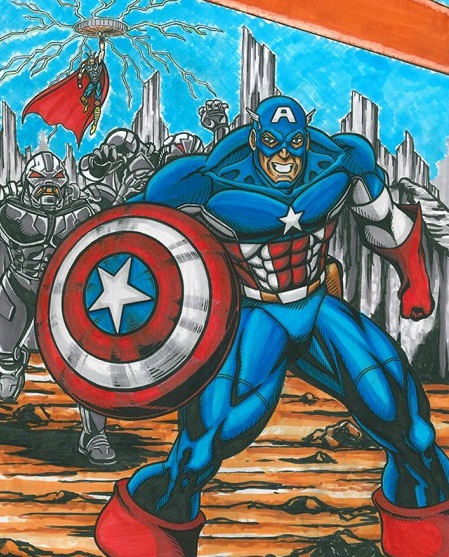 How you would spend a day with Yoda?

What would you say to Spiderman?

Are you scared of Spiders?

How do you throw that wonderful shield of yours?

How important was the counterculture comix of 60s (Zap, Mad, etc.) and how does affect your inspiration?

I love Mad magazine and Cracked, and I especially love Mad's take on movie parodies.