An Interview with accomplished photographer Joseph A. Rosen: I love both photography and Blues

"A camera does not make a photo any more than a typewriter tells a story. They are tools and it is how they are used that is important."

Joseph A. Rosen is a photographer based in New York City. He has been a working and exhibiting professional since prior to his graduation from Carnegie-Mellon University with a degree in Photography and Related Studies.
His music clients are among the greatest names in the industry from Blues, Jazz, R&B, Soul, Rock, Cajun/Zydeco, the record companies for whom they record and their management groups.
Joe received the prestigious "Keeping the Blues Alive in Photography and Art Award" for 2002. 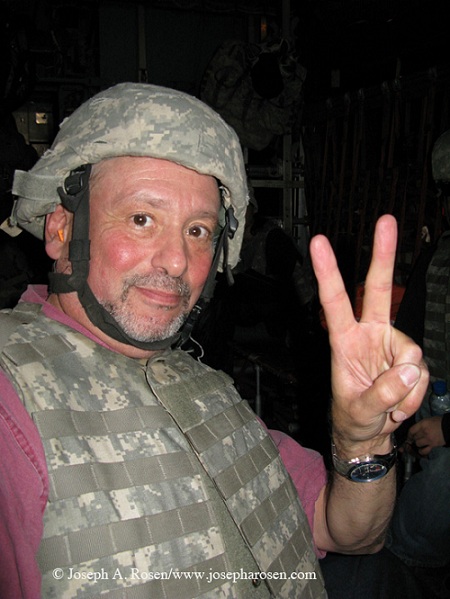 The award is presented by the Blues Foundation of Memphis, TN to an artist who has created a body of work which has brought the Blues to the public through photography and "made a significant contribution to the Blues world." In 2008, Joe became affiliated with Morrison Hotel Gallery, the premier venue for Fine Art Music photography. His work will be shown with greats of music photography, both contemporary and historical. In addition, Joe was chosen to document the Bluzapalooza Tour of Iraq and Kuwait in late 2008. The tour, produced in conjunction with Armed Forces Entertainment and supported by the Blues Foundation, Blues labels and management groups, brings top flight Blues artists to entertain the troops.
Additionally, his entertainment and music work have been applied to national releases; CD covers & inserts magazine articles and promotional items by offering a real look at the subjects in either the studio or on location.
Throughout his career Joe has maintained the common denominator of quality. He has not only maintained a true "personal touch," but also created a large body of work that reflects his signature style. In particular, his love of Blues and Jazz music has created an archive of images that contains more than five hundred artists, many of which have been displayed in books, museums, music trade publications and on the walls of collectors. Photographic stock houses display many of his works and make them available to the public.

Mr. Rosen, when was your first desire to become involved in the photography?
When I was young, my dad had a good camera and it always fascinated me. I stated doing photography more seriously as a teenager in school, with the school newspaper and yearbook. In college I realized that photography was really the only thing I was self-motivated to do. I was able to design a program around photography, and get a degree. I was free-lancing small jobs before I graduated. From there it became my career. I’ve never done anything else to make a living. I’m a full time photographer.  I do many kinds of photography, but it is fair to say that the Blues/music work is what I’m most passionate about. 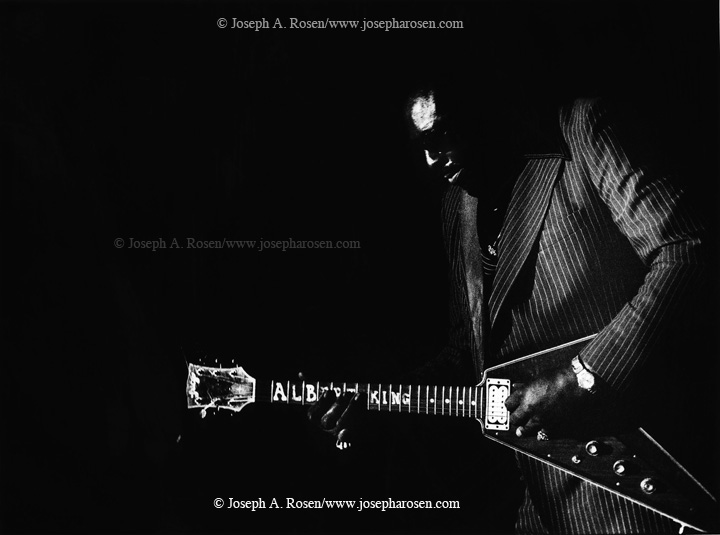 What do you learn about yourself from the photography and music?
That I’m a fan, who also happens to be a professional photographer.  I love both photography and (Blues) music and I’ve been lucky to be able to combine the two.

What characterizes your work & progress, how do you describe your philosophy about the IMAGE?
I’ll just say that when the photos I make are successful, they are portraits that capture the essence of both the artist and the music.

From whom have you have learned the most secrets about the image?
There are no real secrets. I’ve learned most from just looking at great photography by others and doing lots of photography. Knowing my craft and understanding how a camera and optics function has been important.  A camera does not make a photo any more than a typewriter tells a story. They are tools and it is how they are used that is important. Also, not settling for an image that is “almost there” is important. My dear friend, the late Jazz photographer, Herman Leonard (an absolute genius as well as a great man) was a mentor of sorts, but not in any technical sense. 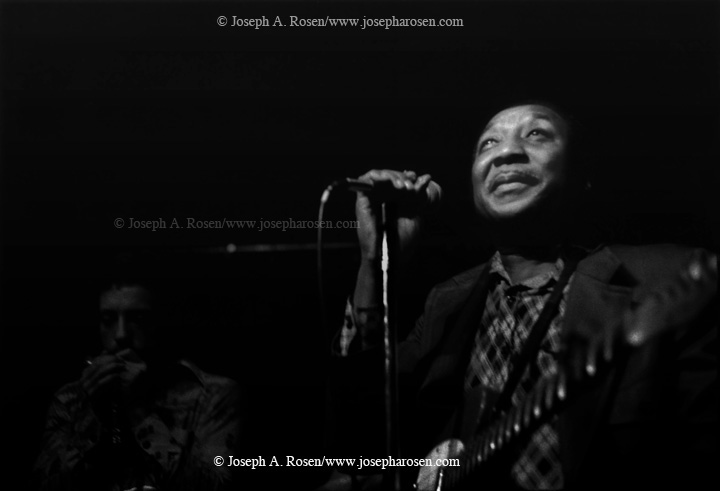 What are some of the most memorable shoots you've had?
There are too many to count!!! I would say my first serious Blues shoot was of Muddy Waters in 1976 and that stands out. Howard Tate’s first Soul (i.e. not Church/Gospel) show in a small New Orleans club left me literally shaken.  Also, going to Iraq and shooting the Bluzapalooza Tour in 2008 was very special.

You had pretty interesting project the Bluzapalooza Tour in Iraq and Kuwait. Where did you get that idea?
The idea was not mine. That came from the producers, Steve Simon and John Hahn. John is an old friend and also Shemekia Copeland’s manager. They had done a Bluzapalooza tour about a year before the one I went on and realized it was not very well documented. Having a professional photographer, who also happened to be a huge Blues fan, and a friend, along seemed like a good idea. John called me one day and casually asked, “Hey, do you want to go to Iraq?” It took me about half a second to say yes!! It was a GREAT experience. My truest respect and love to all involved.

I wonder if you could tell me a few things about your experience with Morrison Hotel Gallery
It’s been a good relationship. They are great people and very different than most other galleries in many respects. I sell some fine art prints through them, but the reality is that for every Muddy Waters (i.e. Blues photo) sold, they sell fifty Mick Jaggers (i.e. Rock photos.) 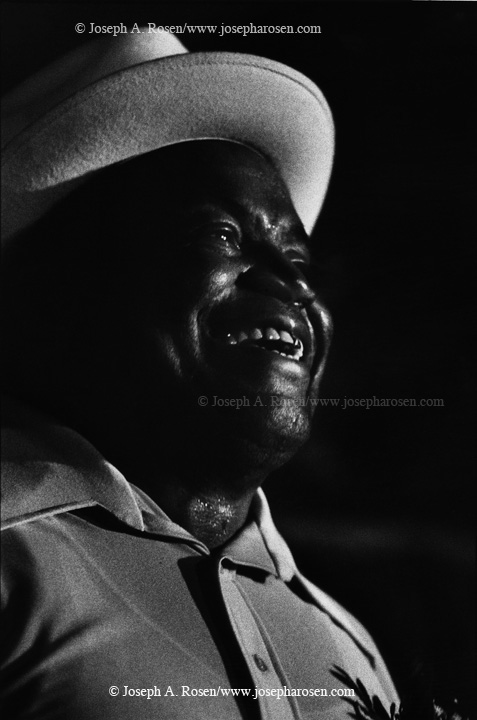 Which is your favorite photo? In which photo can someone see the best of your work?
I don’t have a single favorite. That’s impossible. Many of my early black and white images and some of the “sit down” portraiture I’ve done mean a lot to me and I consider them among my best work.

Which is the most interesting period in your life and why?
Right here, right now!!! I’ve been blessed with a great life and career and have enjoyed/am enjoying it all. Of course there have been some rough spots, sadness and hard times, but that’s life. That’s the Blues. I’m grateful for what I’ve got. Be here now!!

What advice would you give to aspiring photographers thinking of pursuing a career in the craft?
You have to have the passion. It’s not an easy business, and if you are going to do it, you should be doing it because you love it. Having some business sense will help too, and professional level technical skills mean a lot these days. It seems to be getting harder to make a living at it.

How do you want to be remembered?
I don’t particularly care if I am remembered personally, but I’d like the photographs to be memorable, valuable and to live on.

BW or Colors, Digital or Film and why?
These days I shoot almost 100% digital. Commercially it became a necessity around 2002 or 2003. Digital has arrived in terms of quality. I use what I feel are among the finest cameras available and they deliver great results. I love black and white as well as color. One of the great things about digital is that with the proper technique (and software) you can get both top quality color and black and white. That being said most of my “signature” work is black and white was done on film and some is still printed in a traditional wet darkroom. 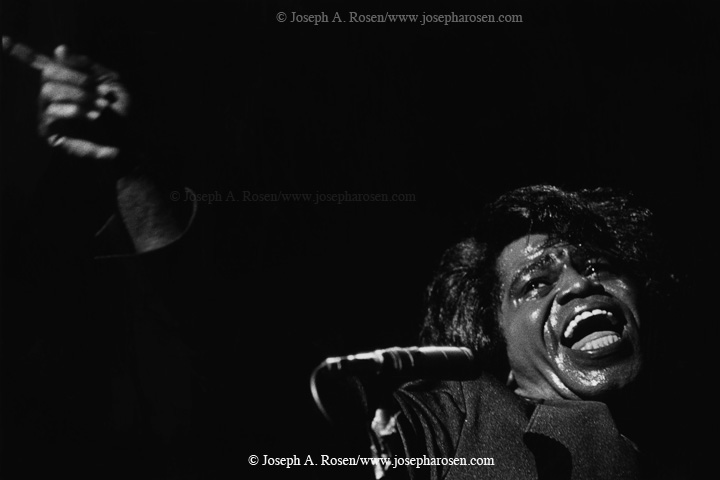 What is your “secret” PHOTO DREAM?
I’d like to be able to do only the photography I love and choose to do. That being said, I think I have a nice balance between my commercial and artistic endeavors and I’m grateful for that.

Who are your favorite musicians, both old and new, would you like to meet and shoot?
I’ve been lucky enough to have seen and photographed many icons like Muddy Waters, James Brown, John Lee Hooker, Ray Charles and more while they were still strong and vital, so no regrets there. I saw Howlin’ Wolf, but it was before I was shooting Blues actively. I wish I could have seen him in his prime; any photography would have been a total bonus. Elmore James, more than any single artist made me a Blues fan, so I would have loved to have seen him. Regardless, I’m glad I got to photograph many of my musical heroes.

Is there any shooting made by mistake, but know you’re proud of?
There is one photo that I love that came about by accident. I shot John lee Hooker in a small club around 1979 or so. I was just a few feet from him. I used a Leica and a normal 50mm lens and film (of course.) I was so excited that I ran to the darkroom after the show to develop the film at two in the morning. In my rush to see my pictures, I misread the instructions on the developer and accidently made it about five times stronger than it was supposed to be!!!! Most of the negatives were totally over-developed and ruined. I was crushed, but I saw one frame that was super high contrast and it turned out to be special. It has become one of my favorite and most recognizable images. A happy accident!!!!! Which memory during of your shooting makes you smile?
Almost all of them!!!!