An Interview with Alan Mirikitani (aka BB Chung King), the Rock generation meets the Blues passion

"The blues is the easiest to learn but the hardest to master just like living life."

BB Chung King & The Buddaheads are back on the LA scene after returning from a tour of Asia and the U.S. Taking a year and a half off, Alan Mirikitani (aka BB Chung King) established his own 24 track recording studio "Dawghouse Studios" in Burbank California. BB's music is a mix of roots rock with a blues base. BB has always claimed blues to be his first love, but comes from a generation that loves to rock. Their first CD "Blues Had A Baby", was released in 1994 and received generous support from radio fans. If you have to categorize the music, it is somewhere between newer artists Kenny Wayne Shepherd and Blues Travelers. BB keeps quite busy with the Buddaheads, but also finds time to write, record and produce music for other artists. BB has written songs for blues legends such as Lonnie Brooks, Tinsley Ellis and recently helped Ruth Brown receive a Grammy for her performance of his song "Too Little, Too Late". Then he produced, wrote, engineered and played on B.J. Sharp's Grammy nominated CD "Never Felt No Blues".

You can also hear the Buddaheads paying tribute to Lowell George. Together with Eddie Money, they perform the title track to the tribute album titled "Rock and Roll Doctor" (a song which appears as a bonus track on the Buddaheads "Live Japan" CD). "Play Hard", the third full length album, was released in Japan by Kiagan Records. In the US, the band is negotiating a new contract and distribution deal. The rest of their fans around the world, they have added some recent songs and the now re-titled, selfmanufactured limited edition CD "In The Mirror", is available and will no doubt become a collectors item.

How do you describe Alan Mirikitani sound and progress, what characterize your music philosophy?

I am inspired by the blues, I don't consider myself a technical guitarist, and I prefer to get feeling and emotional sounds from the guitar-- strait blues licks to wailing sounds starting with the best songs I can write. (If you don't have the song first, you’re just another guitar player wanking off!) lol!!! 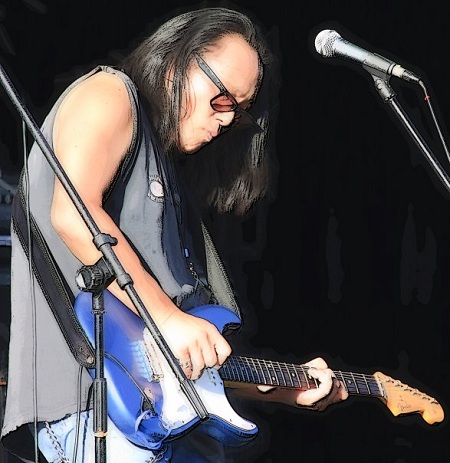 The blues is the easiest to learn but the hardest to master just like living life.

"I have been told from audiences that they enjoy the honesty I put out, I don't pose, I just try to be myself, I’m not much of an entertainer dancer type"

Meeting up with my first producer, Dennis Walker (wrote all those great Robert Cray songs) he taught me about good lyrics, and how important they are when you have a good lyric, you then have something to play off of like which way you’re going to approach the guitar parts to enhance the lyric.

Most interesting period in my life is now! With new technology in recording , it is much more creative today, worst moment is when the head of RCA records at the time, Joe Galante, shook my hand and said he was gonna make me a star! OUCH! The kiss of death! LOL

Rock and Blues are both emotional; they have a beat and rhythm. They are timeless forms of music, as history always tells us; fad music comes, and then becomes dated to an era.

Do you remember anything funny from the recording and show time with The Buddaheads?

The Buddaheads where playing in Hollywood, and I called up Slash and CC Diville to sit in. Little did I know at the time, they were mortal enemies!!!! lol!

"Rock and Blues are both emotional; they have a beat and rhythm. They are timeless forms of music, as history always tells us; fad music comes, and then becomes dated to an era."

Well anytime you jam with great guitarists, its always a thrill, best gig was when Mick Jagger showed up to check out the band.

Play the music that you are the most comfortable with and write your own material.

Are there any memories from Lonnie Brooks, Tinsley Ellis and Ruth Brown which you’d like to share with us?

It is always a huge and humble experience when you hear someone else do your song, the way Ruth Brown did my song (too little too late) was a jaw dropping experience it is so low down and funky!

I miss real drummers in music today... in pop music.

I don't worry about the future of music, I make my own music to satisfy myself but dubstep can go away! lol!!!!! 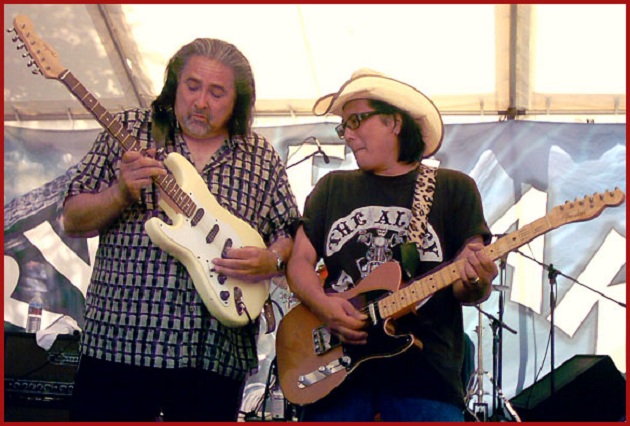 "The blues is the easiest to learn but the hardest to master just like living life."

Which memory from Coco Montoya makes you smile?

Coco Montoya was in the studio doing my song, he called me and said they couldn't get the right feel in recording, so I sent him my version of the song; they just took my vocal and guitar solo off and put his in! LOL His version is GREAT!!!!!!

I have been told from audiences that they enjoy the honesty I put out, I don't pose, I just try to be myself, I’m not much of an entertainer dancer type LOL!!!

The lines connecting the blues soul jazz and rock start with a groove and improvisation.

The cover of "Blues Had A Baby" when I was two holding the uke! My mother said when I grabbed it, I never let it go. 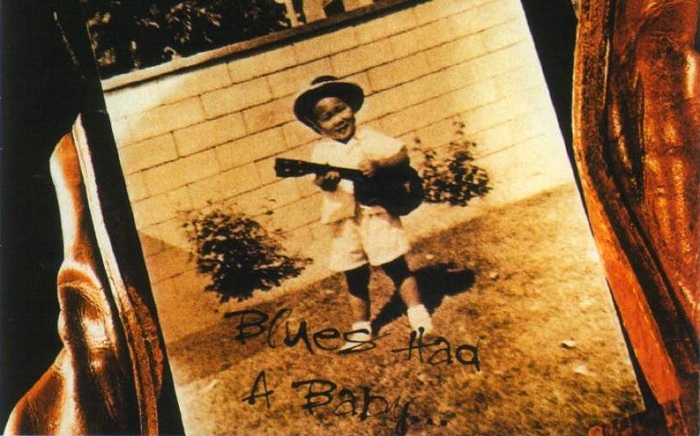 "I don't worry about the future of music, I make my own music to satisfy myself but dubstep can go away! "

I ride motorcycles, the best part for me, is when I’m riding, I can forget about music, it help clear my head. Often times if I can’t get a solo or part to a song right, after riding, the ideas start flowing (seeing the forest from the trees) lol!

What would you ask Buddah? How you would spend a day with Lowell George?

lol Buddah? Where can I find a couple of hookers! Lowell? Get him drunk and steal all his great guitar licks!!!!!