An Interview with Bachir Attar, the leader of Master Musicians of Jajouka: The primordial echo of rock ‘n’ roll

"People who love and know music, poets and writers and musicians, it touches them. They understand it." How do you describe Bachir Attar & The Master Musicians of Jajouka philosophy of music… and life?

My philosophy of life is first being a Muslim and also living in peace. The music is second. It is a gift from Allah given to me. It was my destiny. Each person when he is born has his own gift. For me it was the music. 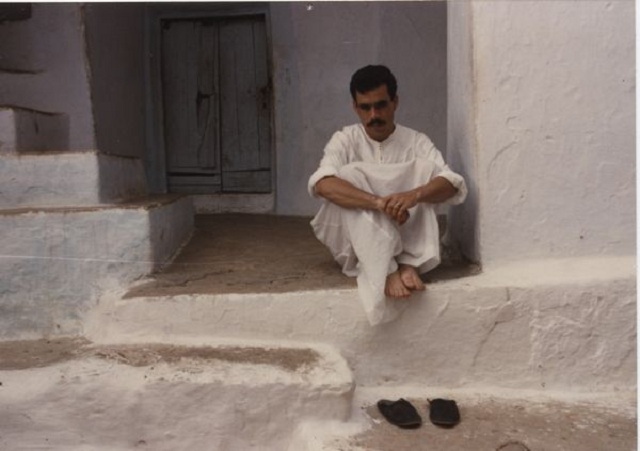 There have been many periods in my life that have been interesting but one of my favorite memories is as a child riding on mules to other villages and moussems to play the music. I remember being on a mule sitting with my arms wrapped round my father traveling to a village with 4 other musicians. I was about 12 yrs old. As we travelled by mule it took 2 days to arrive to this festival. My father and the musicians played music without stopping as we travelled all the day. Sometimes we would take a break and rest near a well and we would then move on but almost all the time as we travelled music played. At night we stopped traveling and then we would all play music for a couple of hrs. Later we would sleep under the moon until sunrise. The next morning we moved on and we arrived at our destination by sunset. And I can still hear those same musical sounds which still run through my head from time to time. It is one of my favorite memories...on the road with my father and his best musicians, all of us playing as we rode on our mules.

From whom have you have learned the most secrets about the art and music?

From my father Hadj Abdesalam Attar who was leader of the Master Musicians of Jajouka until his death in 1982. I started studying with my father at the age of 4 and he taught me all that I know.

What experiences in your life make you a GOOD artist and musician?

Because I start as a child with this deep music experience. I never went to school. I only studied the music and I was serious about it from the beginning. I felt the music deeply as a child and I was born into this family of musicians where my father was a Master and the venerated leader. My father taught me since I was a little child but mostly it was the deep feeling that I had for the music from the very beginning which makes me what I am as an artist. The Master Musicians of Jajouka  "The Sheltering Sky" © Cherie Nutting

Why did you think that Master Musicians of Jajouka’s continued to generate such a devoted following?

Because this music is appreciated by deep artists. People who love and know music, poets and writers and musicians, it touches them. They understand it. They have to be around it. They know also the difference between the music played well by the real Masters and the music copied by others which lack the clarity and precision of the Jajouka Masters.

Some music styles can be fads but Jajouka’s is always with us.  Why do think that is?

Because it is pure and human music..that is why it survives

Do you know why the sound of The Master Musicians of Jajouka is connected to the “avant-garde” literature, poetry and life?

The Beats and many others followed Paul Bowles to Morocco. Paul Bowles invited Brion Gysin to Tangier and together they travelled to a moussem in Sidi Kacem. It was there that they first heard the Jajouka music played by my father. Later Burroughs and Ornette Coleman came to the village along with Brian Jones who later visited Jajouka for only one night but he recorded what was later named "The Pipes of Pan". Others followed…I think that they liked the music because it is pure and human music as I said above.

Which memory from Rolling Stones, "Ginger" Baker and Maceo Parker makes you smile?

All these great artists play with us and we have high hopes for friendship and long success. We give great performances with them. Later we laugh. People come when they need you and people go when they don't. It is best to follow your own way. Our old innocence makes me smile... Are there any memories from Ornette Coleman and Bill Laswell, which you’d like to share with us?

I remember the dark night when we were carrying Bill Laswell's recording equipment up to the village by mule. The trail was lit by gas lanterns which made shadows of the ears of the mules on the dark earth below as we climbed the hill. Once there we unloaded all of the equipment and we recorded "Apocalypse Across the Sky" that night. I have a vision in my head of Bill standing close to the engineer Oz Fritz in the moonlight. We were in my father's house. That was a great night to remember.

I also think of Ornette Coleman in 1973 when he came to the village for a week. I was a just a child. It was the greatest time watching Ornette play with my father and the musicians. Each night for me was magic. Ornette's engineer recorded many hours of music. Bob Palmer was playing the clarinet. It was the most incredible time for me. I remember as it were yesterday. We hope this magical recording will be released one day and we can share it with the world.

In more recent times I have great memories of dinners with Ornette Coleman in NY. Only a few years ago we jammed together in his home in NYC and when we jammed in his apartment it brought me back to 1973 in Jajouka with my father. Ornette and I laughed and joked a lot during my last visit.In his soft spoken voice Ornette said "Come to see me anytime" ..so "Anytime with Ornette"will be our next song dedicated to the great friend who has often come through for us when in need.

What is the “feel” you miss most from Paul Bowles and what advice was given to you?

Paul Bowles always treated me very well and he supported my music. He often helped us financially, to achieve artistic goals. He told me though, that I need not leave Morocco as people will follow me and my music as they did his work while living in Tangier. He is gone and I feel the loss but I am glad to have known him. I miss him every day. 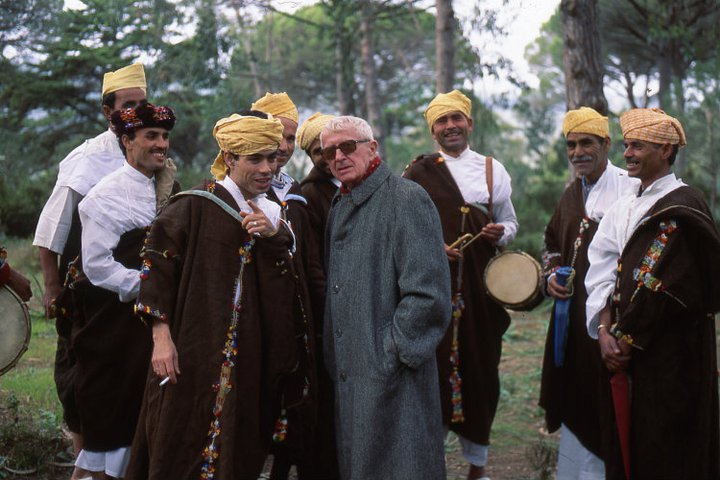 I would have liked to have met King Hassan II, the father of Mohamed VI who is the current King of Morocco.

From the musical point of view is there any difference and similarities between the 50s - 60s & nowadays sound of Jajouka?

Jajouka music is different from Western Music…Jajouka music stays the same for me. It is all recorded in my head and it remains the same.

I admire a few people...but I can't say their names…some of them are very poor people and they live in Morocco.

Nothing….everything is written…All is in the hand of Allah. I can’t change anything.

What are some of the most memorable shows you've had?

Many shows with Ornette Coleman have been incredible. The last one at The North Sea Jazz Festival with Ornette and Flea blew everyone away. It was magic. I jumped into his music and Ornette jumped into mine. 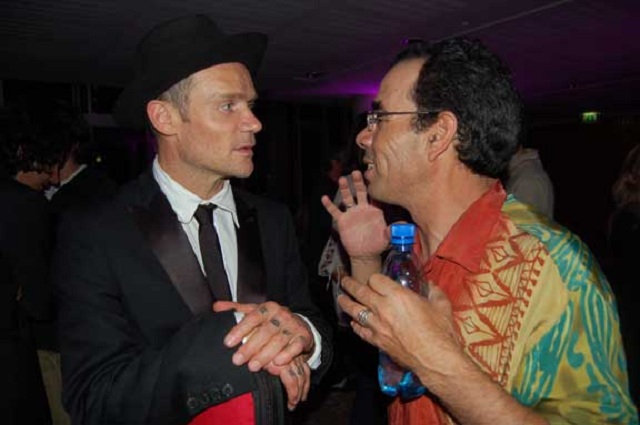 My big secret musical and visual dream is to make a... Hollywood movie…with the story that I hold...I will give it only to some great artist who can handle it. Until then I keep the story hidden. It is a secret right now but waiting to be told to the right person. I am here

Which things do you prefer doing in your free time?

I like to cook, play my instruments and sing, compose music and play with my son Salahadin who is starting to play flute, drums, and guitar. This makes me feel peaceful and happy.

You have been traveling all around the crazy world. What are your conclusions?

I go in one door and come back through another. It is the same wind, the same earth, the same sky…I am here.

What are the secrets of The Master Musicians of Jajouka?

We will tell our secrets in the future.

The Master Musicians of Jajouka led by Bachir Attar - Home 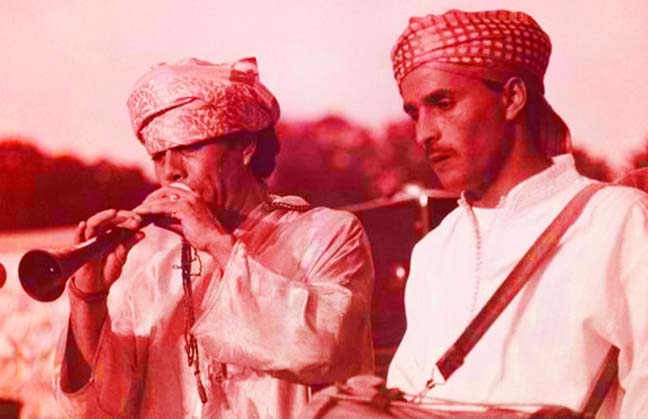