An Interview with Big Pete Pearson, “Arizona’s King of the Blues”: Music is a world changer.

"When music doesn’t mean something to the audience or they can’t relate to it, it becomes a passing fad."

Born in Kingston, Jamaica on October 4, 1936, Big Pete Pearson landed in Phoenix, Arizona in the 1950’s by way of Austin, Texas. He was raised by his grandparents in St. John’s Baptist community just outside Austin. His grandfather was a minister and his grandmother was a missionary. Big Pete was only 9 years of age when he gave his first performance at a local bar.  He was a regular at juke joints such as the Victory Grill, Charlie’s Playhouse, Big Mary’s Bar & Grille, Ernie’s Chicken Shack and Sam’s Showcase. 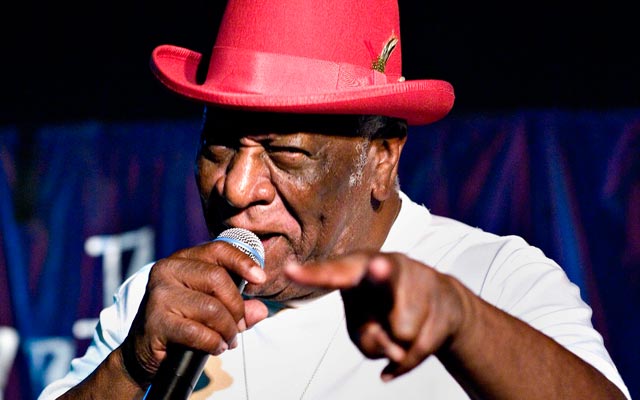 “Playing in these juke joints was dangerous, real dangerous”, says Pete. “But I played them anyway and those were my growing up years.”  Big Pete has not left the stage since and is a veteran performer/song writer of 66 years and has been on countless festival and club stages throughout the world.
In the 1950’s Pete came to Phoenix and has ruled the Phoenix blues scene ever since.  His physical stature and overwhelmingly strong voice commands attention.  He is a father figure to many bluesmen and women who have cut their teeth playing in his band.  Though he is a local legend, being inducted in the Arizona Blues Hall of Fame in 1995, Big Pete’s greatness is known throughout the world and these days spends more time performing in Europe than in the United States.
Over the years Big Pete has worked with legends such as Ray Charles, B.B. King, Muddy Waters, John Lee Hooker, Tina and Ike Turner, Big Joe Turner, Etta James, Aaron Neville and the Neville Brothers, Koko Taylor, Gate Mouth Brown, Johnny Ace, T.D. Bell, Big Mama Thornton, T-Bone Walker, Screamin’ J. Hawkins, Pinetop Perkins, Joey DeFrancesco, Buddy Guy, Janiva Magness, Erbbie Bowser, Blues Boy Hubbard, Candye Kane and an endless array of others. 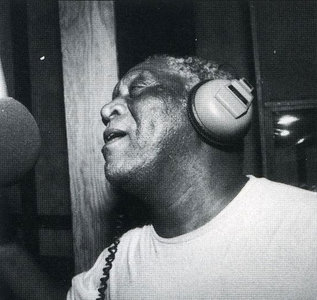 Mr. Pearson, when was your first desire to become involved in the blues & how has the blues changed your life?
I first became involved with the blues when I was 7 or 8 and I performed my first gig when I was 9 years old.  It has changed me in that blues has become my life for the last 66 years.  It is everything to me.

Which was the best moment of your career and which was the worst?
The best moment of my career was when I did a show with Ray Charles in California (in the early 1970’s) at Club 54.  The worst experience was when I sang at a Downtown Phoenix, Arizona night club for approximately 25 years.  I thought I had a good thing going there but I was financially and personally betrayed.

What characterizes Big Pete Pearson’s philosophy of music?
Music/ Blues are a way of life for me and I see it as a way of reaching out to others.  Music is a world changer.

Do you remember anything funny or interesting from the recording time?
When I recorded my 4th album, The Screamer, I recorded all 10 songs in only one take.  It’s not funny but interesting and different.  The sound engineer said, “You are hot shit” for pulling that off.  It doesn’t happen very often. 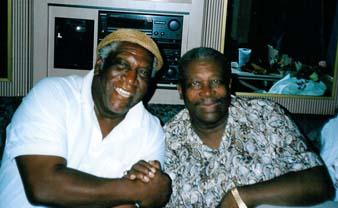 What is the “thing” you miss the most from the 50’s and 60’s?
I miss my old bands - The Ricky Mill’s Blues Trio and Blues Boy Hubbard and the Jets.  More than anything however, I miss how blues was at the forefront in the States.  It is no longer the case.

From who have you learned the most secrets about music?
I learned how to sing from my Grandmother, Elmo James, B.B. King and Albert King.  However, the little music secrets I have learned throughout the years are the ones I figured out on my own – things I learned just from a lot of practice and being in stage for so 66 years.

What experiences in your life make you a good person and bluesman?
I was raised by my Grandparents.  That experience taught me how to be honest. They would not have tolerated anything less and it served me well as a person and as a bluesman. Do you have any amusing tales to tell from the juke joints on the East side of Austin?
I can’t think of much that was amusing but the best thing about the East side of Austin was playing at Charlie’s Play House because it was one of the first places where all performers and customers were welcome.  It didn’t matter if you were black or white.  Segregation had no place there.

Are there any memories of all the GREAT BLUESMEN (Ray Charles, BB, Muddy Waters, John Lee Hooker, and others) you met which you would like to share with us?
I have met and worked with all the guys you mentioned but there are just too many wonderful memories to mention.  All I have to say is that it was truly my honor to be with them.   I am a blessed man. 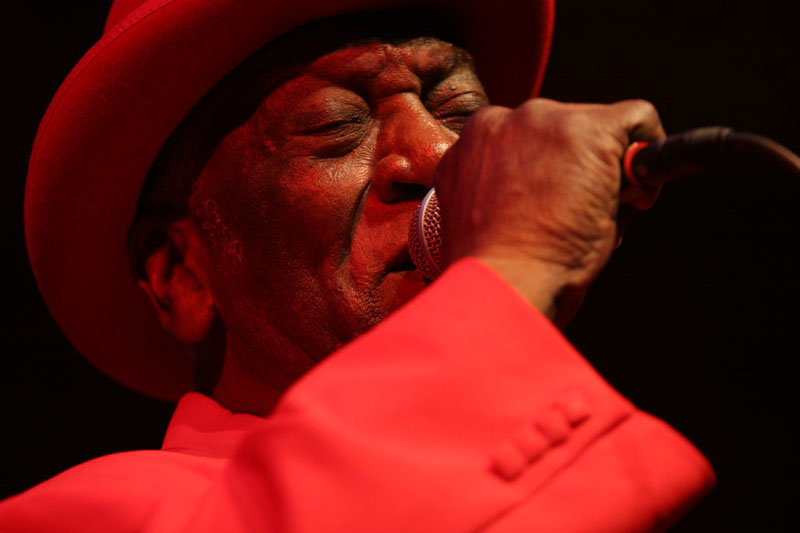 How has the music business changed over the years since you first started in music?
The ways in which music has changed knows no end.  It has changed in so many ways.  However, the biggest change is how music and musicians in the States are taken for granted.  The appreciation for thoughtful music and respect for musicians has diminished in the States.

Why do you think Big Pete Pearson continues to generate such a devoted following?
I don’t really know for sure but all I can say is, I’ll keep singing the belting the blues and I hope people keep liking it.  I can only guess it’s because people can sense that I give it my all and I care about the music I sing. 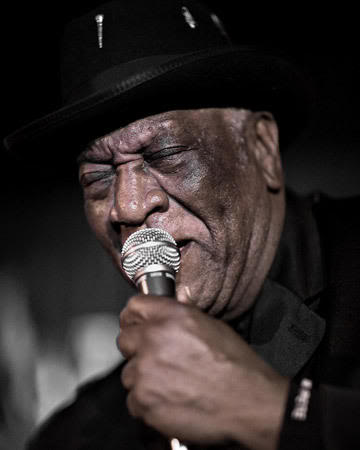 Some styles can be fads but soul, blues, & jazz are always with us. Why do you think that is?
It is because the lyrics used in soul, blues and jazz describes who we are and therefore touches us in a way that other music does not.  When music doesn’t mean something to the audience or they can’t relate to it, it becomes a passing fad.

What advice would you give to aspiring musicians thinking about pursuing a career in the craft?
You must be devoted to your music.  If you don’t believe in what you are doing no one else will.  Be honest with yourself and with other musicians…….and most of all, practice, practice, practice!

Which things do you like do you prefer to do in your free time?  Happiness is………
I like to write music, cook (I am also a gourmet chef used to own a couple of restaurants), go fishing (I used to own a bait and tackle shop), and do things with my wife.  Happiness is love and devotion.