An Interview with Canadian guitarist/singer Richard Carr: Discover Blues music at some point in their lives

Richard Carr is a singer, guitarist currently residing in Quebec City (Beauport) who's early exposure to the culture of the Southern US and a working-class background were two of the main elements that contributed to his natural inclination towards Blues and Roots music. Add to that his musical connection to a gospel choir of a Baptist church and, Carr was discovering the foundations of his musical personality.
2006 LysBlues award winner Richard Carr is a class act, a captivating performer with a powerful tenor voice. His vast experience and talent have kept him at the forefront of the blues scene in Québec for over 20 years.
He seeks to promote and preserve the old-school musical styles of Rhythm & Blues by performing them with the highest level of musicianship and respect. His repertoire features a wide variety of songs by renowned Blues & Roots musicians all the while incorporating his original material into his sets.
Richard Carr landed under the label Iguane Records with his fort release "Tell Everybody"

Richard, when did you first decide to become involved in the blues & who were your first idols?
I actually had knowledge of the Blues music but was much more into Jazz as a kid. By the time I stared playing electric guitar, I played as a sideman in several local Rock groups I was 14 years old. Naturally what we played was based on the blues. My curiosity got the better of me and I searched for information and recordings on many Blues artists. My earliest Blues influences were the three Kings, B.B., Freddie & Albert. I also picked up some Chuck Berry, Roy Clark and Glenn Campbell. Leon Redbone turned me on to the Rag -Time finger picking style and early Vaudeville show tunes. 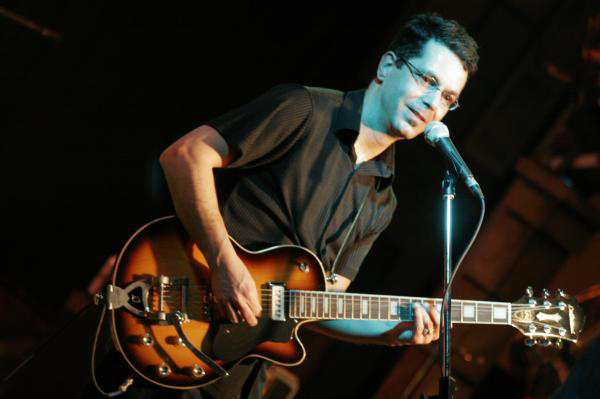 What was the first gig you ever went to & what were the first songs you learned?
The first time George Thorogood played the El Casino in Montreal, it was sweltering hot with no air conditioning and the bar fridges were broken so the beer was piss warm. George played a double header I was at the early show. There were about thirty of us who refused to leave after the first set. George came up and started asking people if they would leave cause the other paying fans wanted to get in. Nobody moved! He had no choice to let stay for the second show.
Also at the El Casino I caught John Kay & Steppenwolf, which was a real eye opener for me. I went home after the show and taught myself how to play Pusher from memory. I’m very visual so I pick up allot buy watching other players hands. Always have.

Are there any blues standards that have real personal meaning for you & what are some of your favorites?
I’ve always based my cover repertoire on lesser know tunes, songs that most Blues acts don’t play. I’ve always tried to have a unique approach and sing and play songs with the highest degree of respect for the material. Sure I have a few favorite songs but there are so many how could I possibly just name a few. The list would be far too long.

Do you think that your music comes from the heart, the brain or the soul?
That’s a great question. You know until recently, I probably would of answered differently but here goes. I was honored with opening a few tour dates for Doug MacLeod from California. We got to hang and play together and became friends, Doug told me this. (In my best Doug impersonation) ‘’Richard! Its like this, your left hand is your brain, your right hand is your personality.’’ I’d have to say my music comes from both my heart and my soul. My brain just tags along for the ride. 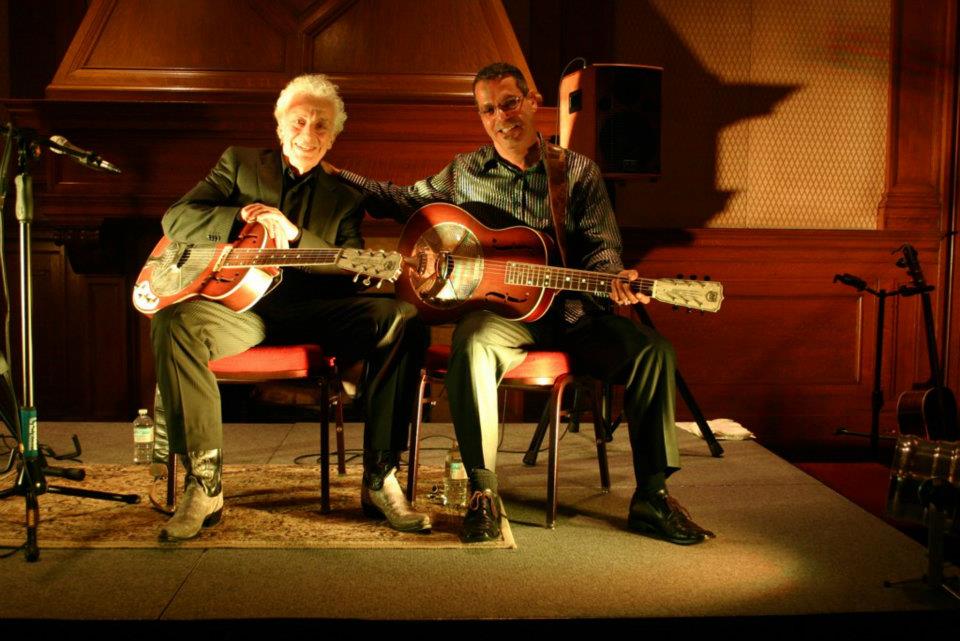 What does the BLUES mean to you & what does Blues offer you?
What the blues means to me is, a feeling, a groove, a beat, it could be anything actually. In my case I can’t really play anything else. I do venture a little into jazz and country, which I’m comfortable playing.  Blues offers me an artistic outlet; I enjoy the feel, style, spontaneity and dynamic of the music. Plus I need to sing it has to come out.

Would you mind telling me your most vivid memories of “studies” in the Church?
I was in an Italian convent at 4 years old was forced to study Latin and sing in the choir, I remember the food being so horrible, I hated being there! I guess that’s where I first learned what suffering was all about. The nuns were really nasty and carried long rulers to hit you with!! Those are my most ‘vivid’ memories. I guess I didn’t learn my lesson cause to please my mother I became an alter boy. That lasted till I received my first guitar at 7. She was so disappointed I didn’t want to be an alter boy anymore. 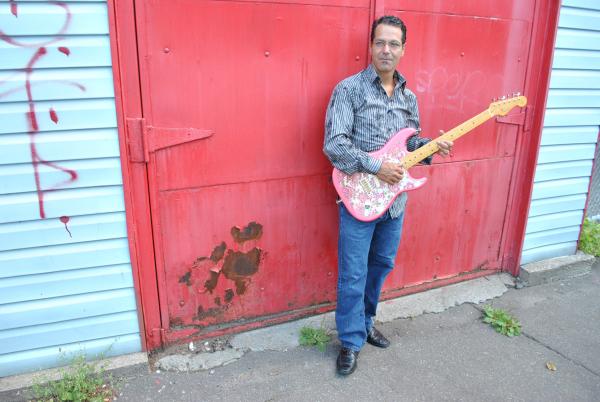 How has the Gospel music changed your life?
Gospel or church music as I came to know it, took over my spirit since childhood. It’s always a welcome sound to my ears. It warms my heart and fills me with joy, happiness and hope. I was given a gift very early in life by being exposed to Gospel and Race music in the early 60’s.

Are there any memories from Boston, which you’d like to share with us?
Just the kinship among musicians was not something I was used to back home. People like Little Joe Cook, Weeping Willie and Philip Pemberton took me under their wing and mentored me. They understood I had the chops to be there and helped me out allot. The closest thing I had back home in Montreal was Stephen Barry and his band. I’ve been friends with them all for many years.

Which historical blues personalities would you like to meet? Who are your favorite blues artists, both old and new?
I would of loved to met Cab Calloway, Memphis Mini, Louis Jordan, Ray Charles, Dyna Washington.
I have so many favorites, there are so many, here are a few. Roy Rogers, Duane Allman, Eric Clapton, Robert Johnson, Lloyd Jones, Duke Robillard, Mike Goudreau, Sean Carney, Jordan Officer.

From whom have you have learned the most secrets about blues music?
I can’t tell you cause it’s a secret! There are some things musicians keep between them’. 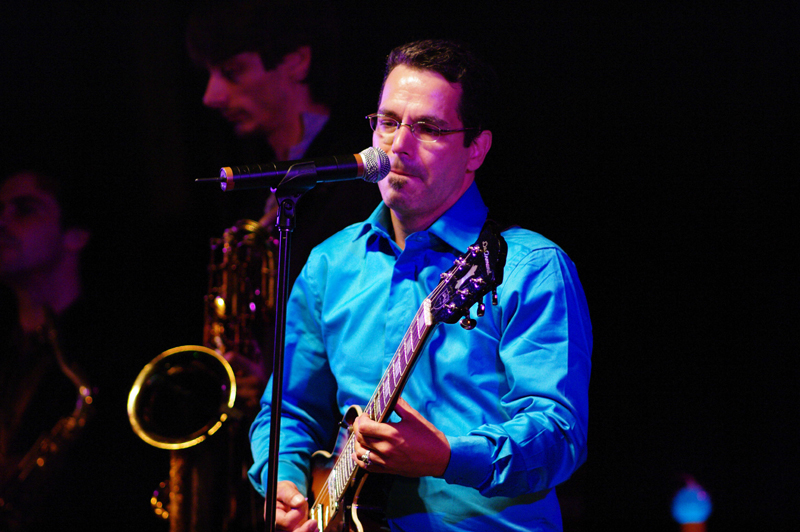 Some music styles can be fads but the blues is always with us.  Why do think that is? Give one wish for the BLUES
The blues is the first pop musical art form to be commercialized and exported around the world. It is the first popular music to have been recorded and documented. Its natural for people to come back to it or discover Blues music at some point in their lives. The blues means many different things to many different people. There is something for everyone when it comes to the Blues. There are so many genres and spin off styles that I’m convinced the blues will be around forever, its my wish!

What characterizes the sound and the music philosophy of Richard Carr?
I’d say an authentic approach to the tight classic blues sound of the late 50’s/60’s, with the vocal up front where it should be! You get a real gumbo of blues styles at one of my shows.

What is your “secret” music DREAM? What turns you on? Happiness is……
Probably to front my own big band, like my buddy Philip is doing right now with Roomful Of Blues! What turns me on is great coffee, an early sunrise in the middle of nowhere, amazing food, fine wine and fine music. Of course good company helps also. Happiness is playing 300 dates a year! 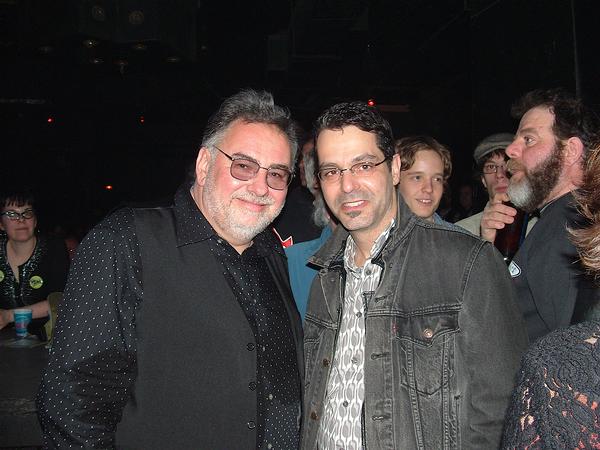 What would you ask of Dean Martin? How you would spend a day with Blind Lemon Jefferson?
I’d ask Dean, who was the one of you (rat pack) to date Marylyn Monroe and get him to give me a boxing lesson or two. I’d spend my day with Blind Lemon following him around, carrying his guitar. Making sure he got something to eat before he played later in the day. Tune his guitar, anything that he would of asked of me. Just generally taking care of him like a good apprentice should!

What is the “one thing” you miss most about the old days of blues?
The number of live venues, it’s a sad state of affaires now days. Its really difficult for many to stay in business with tough times. One would think Blues would be the perfect remedy in a tough economy. How difficult it has become to find work as a musician.

From a musical point of view, are there any differences or similarities between the Folk Blues & Modern Blues?
I’ll quote one of the all time great masters of the art form we call Blues. ‘It’s all a pattern of the blues, its all a take off from the blues. Blues are the roots of all American music’ Willie Dixon. 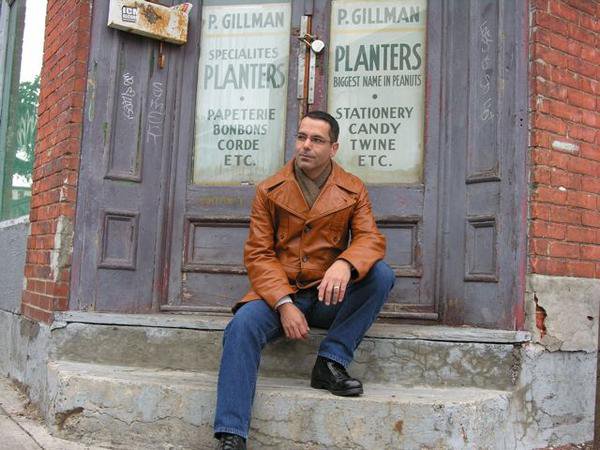 What is the current state of the live music scene in Quebec where you live?
It is not very healthy in my opinion. The scene needs help. A major blues festival in Quebec City would help allot. There are two maybe three venues that showcase blues on a regular basis. Add to that the lack of people, the crowds or number of patrons is often not a very big number. It makes it difficult for promoters to book national touring acts etc. Add to that changing musical styles and fads, which leave blues often very low on the list. One must also remember Quebec is a French speaking province. It is completely understandable if Francophone music takes center stage here, as it should. I’m hopeful with time other venues will open or some will start catering to the blues crowds. There is a healthy talent base here and people are often struck by good some of the acts are.

I've heard two sayings about the blues, which are a little bit confusing. One is "Blues is a healer". Another one "You have to feel blue to play Blues". If it’s supposed to be a healer, why does it make you feel sad?
Blues is and has always been about emotion, being in the moment and expressing your feelings through song. So as a musician if you have lived enough, suffered enough and have enough emotional baggage it will show in your playing. I play from the gut. I don’t know any other way. I feel my way around chords and solo from my heart. I don’t know very many scales and don’t read music.