An Interview with Canadian slide guitarist/ singer John Campbelljohn: Be passionate. Never give up.

"As we all know the business of music had changed because of the new digital world. But blues will always be performed and played by real people or it cannot reach the fans!"

Many artists have their specialties – some cut great records but need support to realize their studio sounds in a live setting while others are born performers who never quite translate to records as well as they do live. Rarely do you find an artist who excels at both. John Campbelljohn does. In each of his many forms. In his solo, acoustic blues performances he makes the most of the song. Campbelljohn soulfully commands the stage with rich vocals, while his powerfully prolific technique on guitar or trusty dobro lap steel further embellishes each composition. His power trio ups the ante with an electric sound that can pummel an audience into submission or captivate them with the subtleties of ace musicians driven solely by the love of their craft. A tight rhythm section fronted by Campbelljohn’s distinctive prowess on slide guitar quickly demonstrates that, although John’s a Cape Bretoner, he’s been cut from a plaid of a very different color. Power blues that touch on rock, reggae and roots with a few overtones of pure country - these are John Campbelljohn’s stock and trade. He’s also added the wondrous sounds of the pedal steel to his live band shows to haunting effect. The overall quality of the musicianship, the energy of his delivery and the guaranteed good times that spring from the band’s performances are proof of the pudding.
A simple listen to any of his six CD releases tell the tale that John Campbelljohn - solo or otherwise - is a born performer and a credit to his accomplishments: Blues Artist of the Year, Guitarist of the Year, Slide Guitarist of the Year.

John, when was your first desire to become involved in the music…
I am old enough to remember the Beatles “British Invasion” and their first appearance on the Ed Sullivan show, which launched them in the US. It had a profound effect on my feeling for music. I was 8 years old at the time. It was later on in life in my early teenage years, that I discovered and learned about the blues, listening to a band at a high school dance playing the Allman Brothers Band version of “Statesborough Blues”. 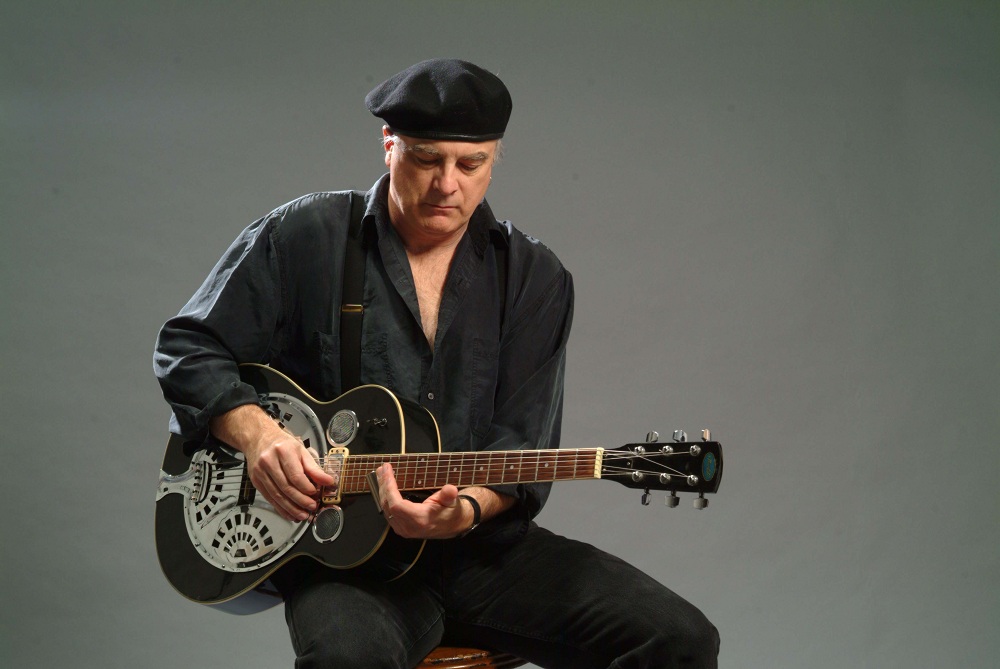 …& from whom have you have learned the most secrets about the blues music?
Listening to 2nd and 3rd generation blues players such as the Allman Brothers Band, Johnny Winter & The Rolling Stones and even some Beatles songs, inspired me to go back to the source, the people and players who first introduced blues to Allman Bros, Winter & Stones. Robert Johnson, Muddy Waters, the three Kings and many, many more. Therein lies the “secrets about blues”.

What was the first gig you ever went to & what were the first songs you learned?
Sam Moon, Matt Minglewood & The Universal Power, Vogue Theater, Sydney, Nova Scotia, Canada
Day Tripper, The Beatles

What does the BLUES mean to you & what does Blues offered you?
Blues is my job. Blues had offered and given me a career in music.

What advice would you give to aspiring musicians thinking of pursuing a career in the craft?
Be passionate. Never give up. You get out of it what you put in to it. What experiences in your life make you a GOOD musician and songwriter?
Learning from others, being passionate about the music, stopping at nothing to learn and progress.

Which was the best moment of your career and which was the worst?
Best – the opportunity to tour Europe. No worst.

Which is the most interesting period in your life and why?
Being a father.

What’s the best jam you ever played in? What are some of the most memorable gigs you've had?
Played in many good jams, too many to have a favorite.
Playing Fehmern Island in Germany at the 30th Anniversary of the death of Jimi Hendrix. Hendrix gave his last concert at Fehmern Island. 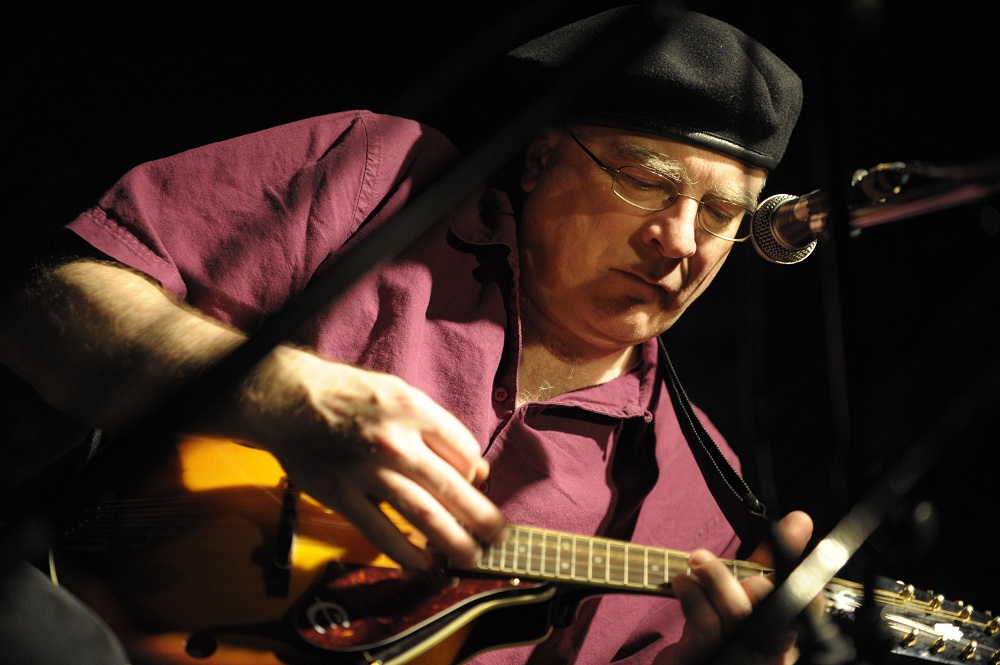 Which of historical blues personalities would you like to meet? What is your “secret” music DREAM?
Freddy King was a big, big influence. I’d like to meet him but he’s gone. One dream I have is for my daughter to mature in to a music professional.
She already shows great potential, but she needs a good education first!

Some music styles can be fads but the blues is always with us.  Why do think that is?
The rhythm & the feelings it provokes.

Where did you pick up your guitar style? What characterizes the sound of John Campbelljohn?
Many years ago I decided to focus mainly on slide guitar because it is a passion of mine. Duane Allman, Ry Cooder & Sonny Landreth among others inspired me to do this. 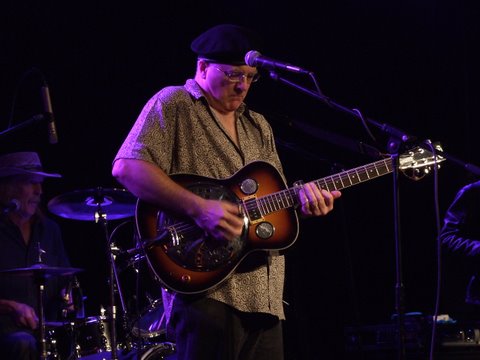 Would you mind telling me your most vivid memory from THE ROAD WITH THE BLUES?
There are no MOST vivid. I’ve played big & small venues. What makes it special is the appreciation of the audience.

Do you know why the sound of slide guitar is connected to the blues?
To the best of my knowledge, it came from Hawaii and was adapted by the black delta blues artists of the southern US.

What characterize the sound of slide guitar? What are the secrets of the slide?
Sliding a bottle or metal slide along the strings as opposed to fretting or bending to one note at a time. No secrets but best to tune to an open chord.

What were your favorite guitars (slide bottle neck & amps) back then?
I use mostly a Fender Stratocaster and a Mesa Boogie Mark 3 amp. This gives me the sound I need for electric guitar. For acoustic, I use mostly Flinthill, Regal and Johnson resonator guitars.

Why did you think that the blues continued to generate such a devoted following?
It is a basic, fundamental form of music that all people can understand & relate to. 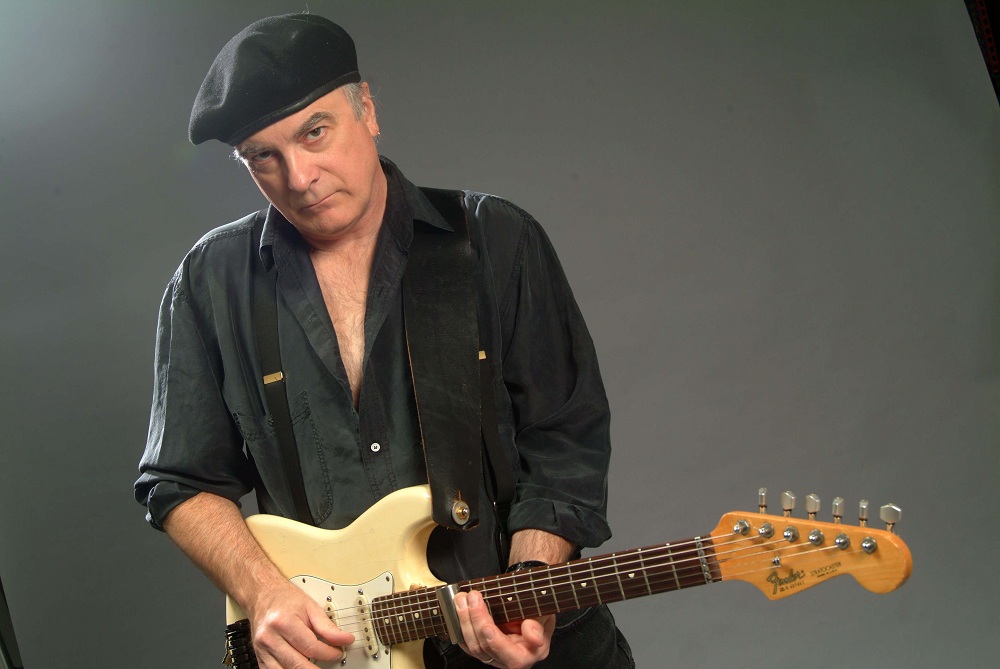 How you would spend a day with Duane Allman? What would you say to Johnny Winter? What would you like to ask Son House & Fred McDowell?
I would be speechless. I played a gig with Johnny Winter once. It was a great gig. He didn’t say too much, just wanted to get back to his hotel room. I didn’t blame him.

How would you describe your contact to people when you are on stage? What compliment do you appreciate the most after a gig?
It’s important to remember that the people who come to the show are the most important people there. Most people aren’t specific. If they like the show, the may say good guitar, good voice or good band. I never get tired of hearing this. I appreciate all comments.

How has the music business changed over the years since you first started in music?
As we all know the business of music had changed because of the new digital world. But blues will always be performed and played by real people or it cannot reach the fans! 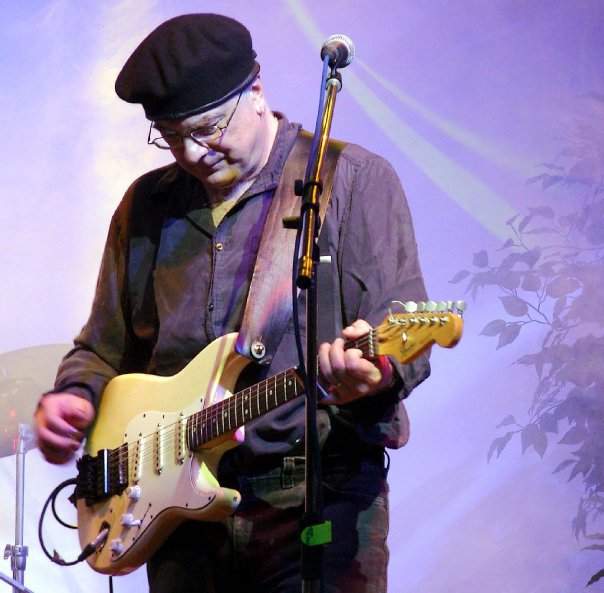