An Interview with Ed Sanders of the Fugs, poet, musician, journalist and a leading cultural figure of nowadays

"Poetry is the most intimate path, in my opinion, toward confronting Ultimate Truth for Humans; Music comes close behind Poetry in this regard."

Ed Sanders: Alone... and Together

Ed Sanders is an American poet, singer, social activist, environmentalist, author, publisher and longtime member of the band The Fugs. He has been called a bridge between the Beat and Hippie generations. Sanders was born in Kansas City, Missouri. He dropped out of the University of Missouri in 1958 and hitchhiked to New York City's Greenwich Village to attend New York University. He graduated in 1964, with a degree in Greek. 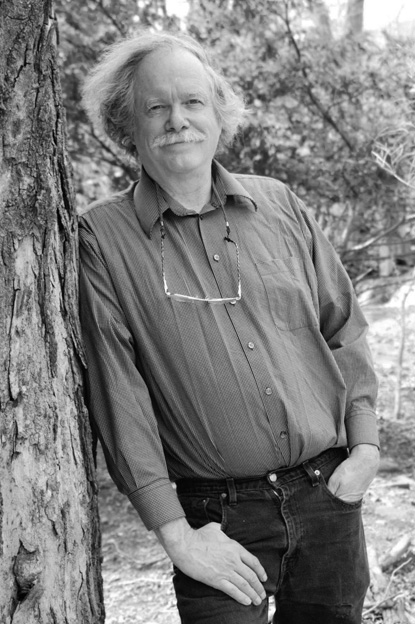 Sanders wrote his first notable poem, "Poem from Jail", on toilet paper in his cell after being jailed for protesting the launch of nuclear submarines armed with nuclear missiles in 1961. In 1962, he founded the avant-garde journal Fuck You. Notoriety generated by the case led to his appearance on the February 17, 1967 cover of Life Magazine, which proclaimed him "a leader of New York's Other Culture." In late 1964, Sanders founded The Fugs with Tuli Kupferberg. The band broke up in 1969 and reformed in 1984.
Sanders  is the founder of the Investigative Poetry movement. His 1976 manifesto Investigative Poetry, published by Lawrence Ferlinghetti’s City Lights Books, had an impact on investigative writing and poetry during the ensuing decades. In the 1990s, Sanders began utilizing the principles of Investigative Poetry to create a series of book-length poems on literary figures and American History. Among these works is Chekhov, 1968: A History in Verse, and The Poetry and Life of Allen Ginsberg.
Sanders lives in Woodstock, New York, where he publishes the online Woodstock Journal with his wife, the writer and painter Miriam R. Sanders. He also invents musical instruments, including the Talking Tie, the microtonal Microlyre, and the Lisa Lyre, a musical contraption involving light-activated switches and a reproduction of Da Vinci's Mona Lisa.

Do you believe your cause has seen justice?
Some justice, and a good number of good things have occurred, and a fair number of bad.

Since 60s – what has changed towards the best – for our civilization and culture…and what has gone wrong?
The drive for a More Sharing and Egalitarian, Non-Violent, and Ultra-Creative had years of promise in the 1960s, in a time of a "rising tide of expectation," but this drive stalled by the end of the 1970s, and millions are waiting for the Drive to rebegin and resurge. 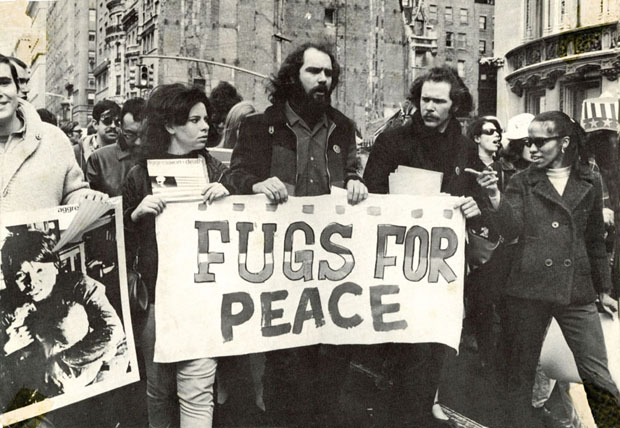 Poetry and music…can these two arts confront the “prison” of the spirit and mind?
Poetry is the most intimate path, in my opinion, toward confronting Ultimate Truth for Humans; Music comes close behind Poetry in this regard. Both will help us overcome The Creeping Meatball of Ennui, Self-Doubt, Defeat and Negativitism.

What was the relation between music, poetry and activism?
As Tuli Kupferberg sang, "When the mode of the music changes, the walls of the city shake."
Music and poetry are Revolution's greatest sources of inspiration, at least for me.

What would be your first decisions as minister of education…and culture?
Free tuition for all college students. 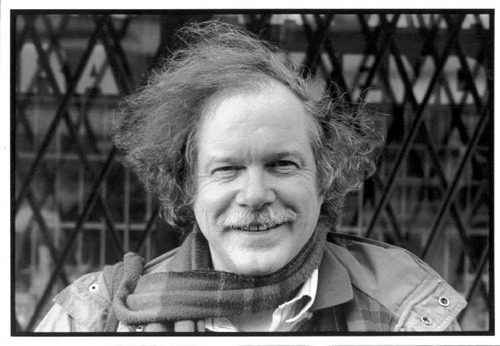 Do you believe that nowadays there’re things to change in any level?
We need to nationalize almost all of the banks, and require them to give very low interest loans to regular citizens.
We need to have a world wide medical system in which all the citizens of every nation and continent are granted quality free medical care
Adequate salaries and pensions everywhere in the world  so that everyone can live comfortably and with access to art supplies, music supplies, fun and leisure supplies.
Bring police and the military under more and more control, so as to protect personal freedoms in every nation, and to prevent military incursions, and "border bashing."

What do you believe that it is the turning point of our civilization?
In the USA it was the assassinations by the CIA/Military complex of John and Robert Kennedy and Martin Luther King, Jr.

Which is the most interesting period in your life and why?
My early years, 1958-1959 in New York City's Beat Generation era.  Wow. Why did you think that the Fugs continued to generate such a devoted following?
We gave our albums the FULL and COMPLETE focus of all the Brilliance and Energy and Creativity we could muster.

What experiences in your life make you a good poet, musician and activist?
Exposure at an early age to great and modern poetry; being encouraged to write poetry at an early age by my high school writing teacher, Lecie Hall. As for music, being exposed to great rock and roll in the 1950s, to jazz in Kansas City, to the piano by my mother insisting that I take piano lessons in the early 1950s, and by singing on peace and civil rights marches in the 1960s; plus being exposed to folk-rock in the Village in 1965.

Are there any memories from Greenwich Village, which you’d like to share with us?
The Fugs equipment manager, Danny Green, in 1966 turning Jimi Hendrix onto a prototype version of the Wah Wah pedal. Do you feel betrayed or satisfied of your generation?
We got a lot of good things done, but failed at many: such as curtailing the U.S./NATO war machine

How you would spend a day with Socrates?
I'd tell him to forget about killing himself, that the vote to condemn him was very close.
And to tell the Athenian establishment to take a walk down Vomit Alley waving a Sponge! What would you say to DaVinci?

Why did you design so many machines of war?

What would you like to ask Buddha?
Do you REALLY really believe in reincarnation?

You had pretty interesting project “FUCK YOU”. Where did you get that idea?
In 1962, I started a literary magazine, "Fuck You/ A Magazine of the Arts." I decided to publish it after seeing Jonas Mekas's film, "Guns of the Trees."  It's covered in my book of memoirs, "Fug You — an Informal History of the Peace Eye Bookstore, the Fuck You Press, the Fugs, and Counterculture in the Lower East Side."

What is the “feel” you miss from Allen Ginsberg?
I miss his Great Energy, his Brilliant Mind which had so much poetry memorized, his determination to Do Good and to Resist the Military and Struggle against Violence, I miss his Sense of Dancing and Joy and Spontaneous Creativity!  Wow!  What a Genius!

Would you mind telling me your most vivid memory from New York's Other Culture?
Writing the melody to "Ah, Sunflower, Weary of Time," (on the first Fugs album) in Washington Square Park in early 1963. 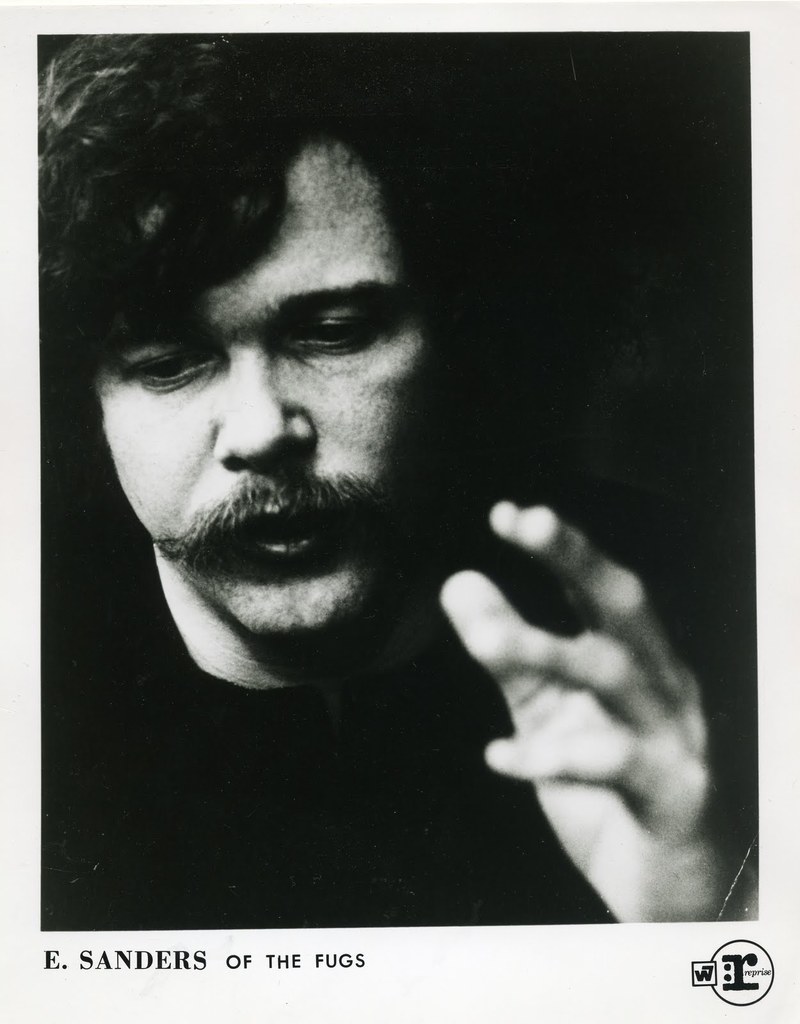