An Interview with Finnish blues artist Pepe Ahlqvist, a distinguished member of the European scene

"The blues is strong music. It's a basic thing and a natural thing. You can hear it or feel it all over the world in musical or in emotional way."

Pepe Ahlqvist was born on 4th of July 1956 is an internationally known Finnish blues artist. During his 40-year-long career he has frequently performed with many legendary blues artists. He has managed to maintain his popularity through the years by presenting fabulous and successful recordings with various bands and giving over 5.000 gigs and concerts. 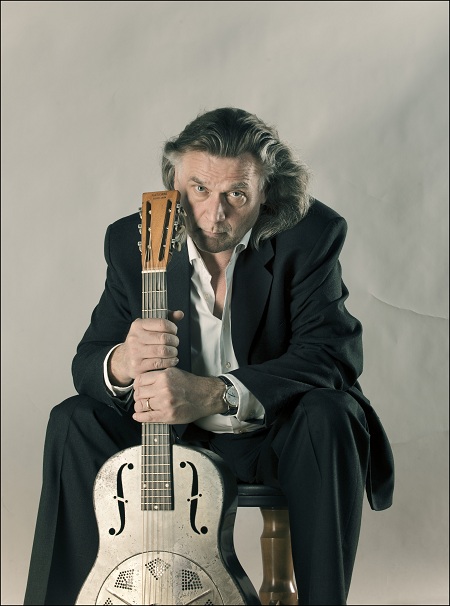 Pepe Ahlqvist is considered a talented and personal singer-guitarist-harmonica player with individual style who also writes his own songs. Pepe began his career in the turn of the 1960's and 1970's. CHICAGO OVERCOAT, his band in the 1970's, thrived under the shield of the legendary Love Records; wherefrom Pepe moved on to collaborate with Fazer/Warner Music for a good period of time. In the late 1980's and early 1990's PEPE AHLQVIST H.A.R.P. recorded several albums.

Besides Finland, the Pepe Ahlqvist albums have been released for instance in the other Nordic countries and in Middle Europe. The last one of the three most important Pepe Ahlqvist bands, THE ROLLING TUMBLEWEED recorded four albums that represent the absolute cream of Finnish blues. Pepe's most recent project, SF BLUES (Suomi-Finland Blues) started in 2002 with singer/guitarist Heikki Silvennoinen. So far there's been featuring top guests and more is to come.

Pepe has been touring in Europe, USA and Canada. He has also performed as a guest soloist in a large number of concerts by international blues legends in Finland, for example for B.B. King in 2004 and 2006. Nowadays Pepe Ahlqvist works as a solo artist from acoustic gigs to big band concerts.

Pepe, how do you describe your philosophy for the music and for the life?

The music has always been a main thing in my life. Of course nowadays family life and the kids are the most important. I'm working all the time 'cause if I don't make the music (gigs, songs, workin' in the studio, practice etc.) at least I am thinking of the music. When you go to sleep, you're thinking of the music and when you wake up in the morning the first thing on your mind is the music. But I just love to make the music and I try to live a decent life. What characterize the sound and music philosophy of Pepe Ahlqvist?

I've never been a puritan blues musician or vintage musician though the blues that I've listened the most is the Afro-American blues from 1920's to 1960's. It's good to know the roots but I try to do something new all the time and I don't mean that I have to do some ''space time'' blues. The main thing to me is that the music that I make sounds fresh.

I live it right now. Family life. I'm 56 years old and I've been playin' the blues over 40 years so of course nowadays I have more experience and I can take everything much more easily.

In my case I can't say cause' I have worked about the same way all the time. Makin' gigs and makin' records and try to sell them.

I can't mention the worst and there is a lot good moments but I can't choose the best one.

Which legendary blues artists have you worked with (all those 40 years of your career)? 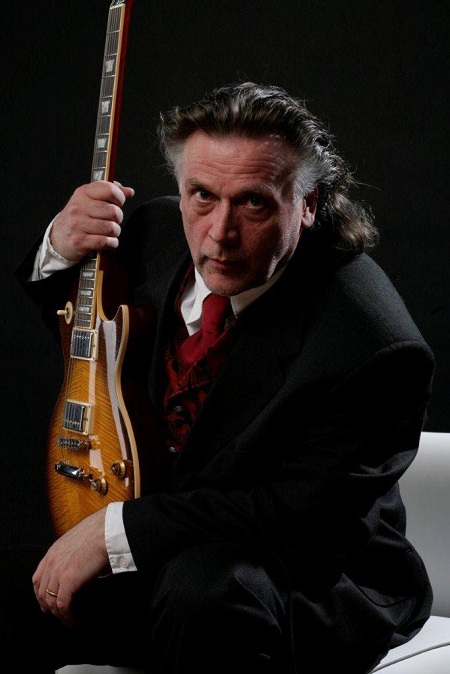 What do you think is the main characteristic of your personality that made you a blues musician?

I belong to that generation that was interested about the blues in 60's by listening the blues made by British blues artists like John Mayall or Fleetwood Mac and very soon after that I started to listen an old Afro-American blues and I just felt that the blues had all the elements that I love about the music. It's very emotional and soulful music. Maybe it had to do something with Finnish melancholy! It's hard to say.

SF BLUES (Suomi-Finland Blues), how did this project come about?

SF Blues was put together 2002. The original band was Dave Lindholm, Heikki Silvennoinen and me (plus bass and drums). We have had also some special guests during the years like singer/songwriter Mikko Kuustonen and a guitar legend Jukka Tolonen. Also Finnish rock 'n' roll legend Eero Raittinen and Hammond B3 player Jukka Gustavson (member of the great Wigwam from 70's) and also some amazing woman power Erja Lyytinen. We've been touring only in summer festivals and this summer we had our 10th anniversary and Dave Lindhom joined us again. It's a project we are workin' every now and then. Lookin' in to the future and see what comes next.

My first gig was in 1969 at the old fire-station where the youngsters had a Saturday night party. I was 13 years old. The name of the band was Thermostat (drummer's name was Matti Termonen). First song that I've learned I think it was Dust My Blues.

Of course the blues is very important thing to me and have always been 'cause I started to sing and play when I was a quite young. I'm a professional blues musician and I am workin' with that music everyday. 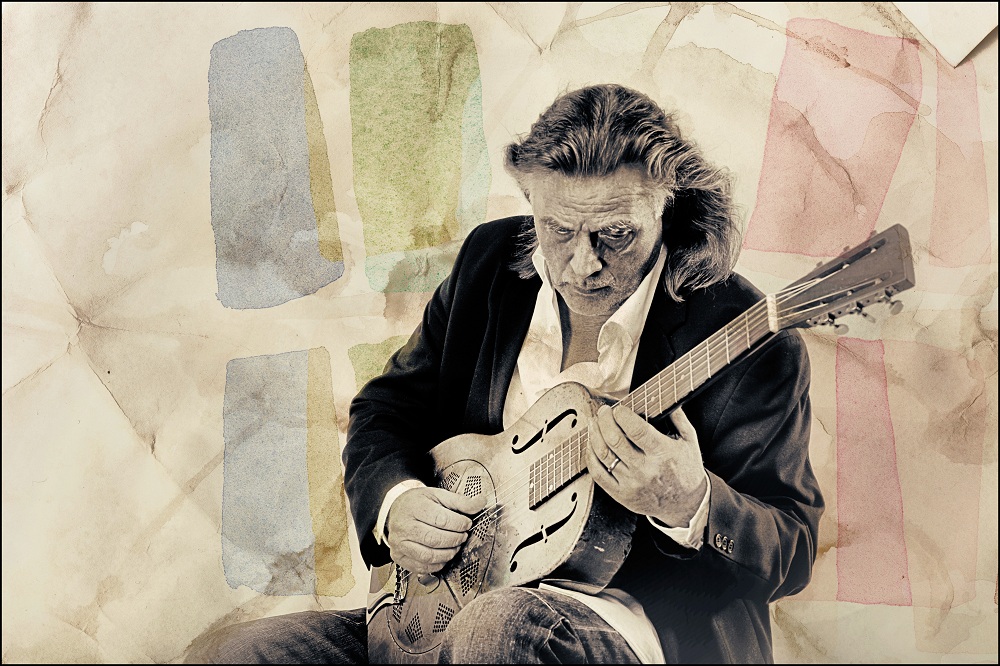 All experiences might help you to make songs but I can't say how good I am as a songwriter. Sometimes songs are better and sometimes they're okay but I try to do some new songs all the time.

I think Chicago Overcoat was the first ''real'' Chicago blues band in Finland at that time in 70's. We didn't make a lot of our own songs but in other way we used to practice and listen a lot of an old Chicago blues (Waters, Walter, Williamson & Wolf). I was about 18 years old that time when we started and all the other members of the band were livin' in the same area and we were diggin' same kind of blues. It's good to know that kind of blues and I can use that knowledge today when I make my own music.

Do you have any amusing tales to tell from THE ROLLING TUMBLEWEED?

All I can say that we had a great time to work together. Workin' with that band was a very important period in my life.

Make an account for current realities of the case of the blues in Finland and the Nordic countries. How do you see the future of Finnish blues scene? 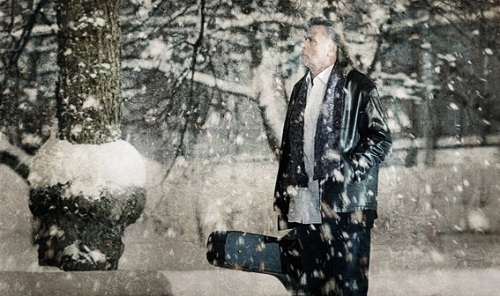 I think the blues is ok in Nordic countries. There are quite a lot of younger players and makin the music has come more professional nowadays. Of course you can’t see or hear the blues that much on the media but here is summer festivals and even winter festivals and also smaller clubs or restaurants where you can hear live music all the time. I think it's okay if you just want to work hard. Like I said there are some great younger blues musicians around so I think the future of Finnish blues is okay but you have to work very hard! The Blues Is Allright in Finland!

I've been as a warming up artist to B.B. King couple of times in Helsinki so maybe he is the most important artist that I've met.

About the secrets of music that I've learned the most are from the old blues records from 20's to 70's and of course I've been playin' a lot with the bunch of great musicians. Also with jazz and rock players too so you can always learn something from each other.

For example in Pori Jazz Festival 1995 Jeff Healey wanted to join with us and we had a great jam session together. At that time we had a band called H.A.R.P.

Why did you think that the blues continued to generate such a devoted following?

The blues is strong music. It's a basic thing and a natural thing. You can hear it or feel it all over the world in musical or in emotional way. 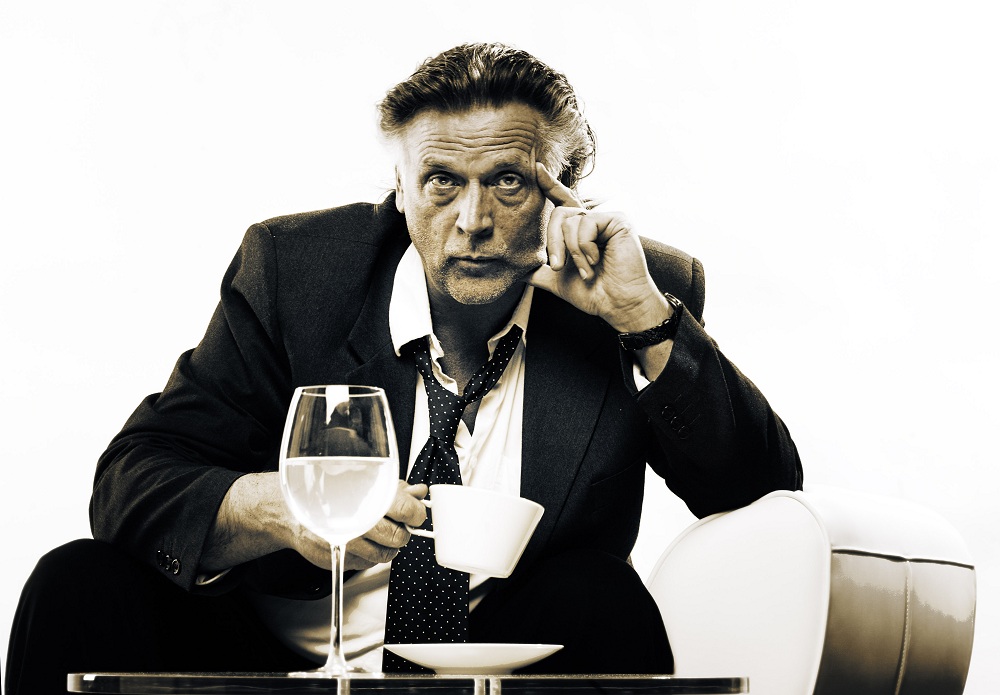