"Just life itself. Live long enough and you begin to find blues in almost anything." 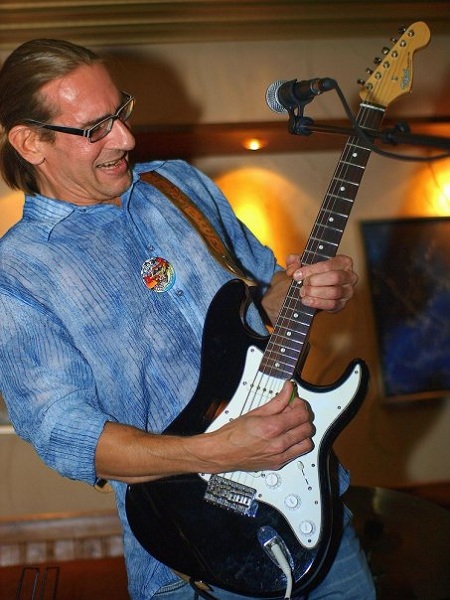 All the songs are written by Jarmo 'Slim' Puhakka himself way before he entered the studio. A number of true veterans of the local Finnish Blues fraternity provided solid backup to Slim´s highly personal songs.

The icing on a cake are the album´s vocalists who are both from U.S.A. Sugar Ray Norcia is best known for being the front man and vocalist for Boston´s legendary bands – Ronnie Earl & The Broadcasters, Roomful Of Blues and his own The Bluetones. Also sharing the vocal duties is a rising new star to watch out for, Andrew Black from Atlanta who adds a soulful southern flavor to the mix.

'Inner Blues' has that authentic sound and feel of an old recording because it was produced & mixed by Gentle Giant of the Blues, Otis Grand. Otis keeps an experienced eye on the proceedings and also provides stingin´ lead guitar work on a couple of tunes.

Incidentally, this album was recorded using old analogue recording equipment in a rustic cottage, Villa Willamo in the Arctic Circle, Rovaniemi. This authentic live in the studio feel was captured perfectly on magnetic tape by Valanne Mobile Analogue Recording Service.

When your first desire to become involved in the blues was and what do you learn about yourself from it?

I´m fortunate (and old) enough to grow up listening the greatest guitarists of the 60´s and 70´s; such as Jimi Hendrix, Rory Gallagher, Johnny Winter and Peter Green. What appealed to me in their music and unique playin´ styles was their total devotion to their craft and, obviously blues itself. With their help I discovered older stuff from B.B. King, Freddie King and T-Bone Walker, to name just a few.

I immensely enjoyed the possibility to express myself musically through simplicity of the blues. Only later I figured it wasn´t so easy after all!

I was a twelve year old kid in 1975 when Finnish rock trio, Hurriganes, played at school gymnasium in my hometown Rovaniemi. Legendary blues/rock-guitarist Pekka “Albert” Järvinen played Stratocaster with cigarette hangin´ between his lips and playin´ licks I never heard before.

First songs, as I recall, were Apache by the Shadows and Get on by Hurriganes. I had a cheap Lucky Seven-guitar at that time. 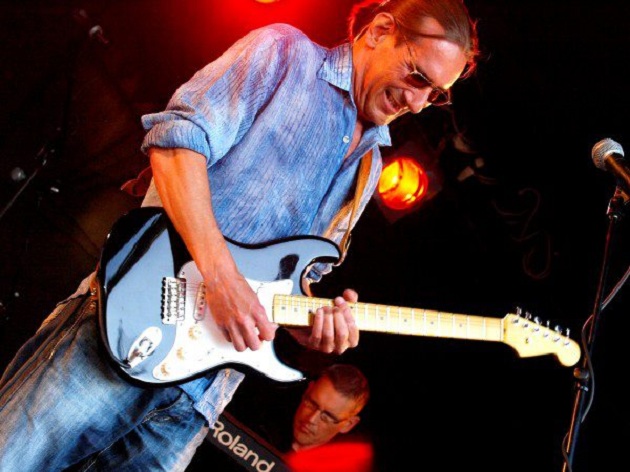 "Slim Butler could have been a blues cat in 50´s. To me it just sounds cool."

What characterize the sound and the music philosophy of Jarmo Puhakka?

I have always been drawn to clean guitar sound. With this approach one can´t really hide behind anything. Although nowadays I  spice things up with some effects, but only when song really needs something extra. But straight-ahead blues works best with just strings and fingers.

Cool nicknames "Slim Butler" and “Luigi”. How did you come up with it?

I invented my alter ego, Slim Butler, for this recording session since I desperately needed a “better” stage name instead of Luigi. That name has been haunting me since early teens; don’t really remember who came up with that and why! It just stuck.

Slim Butler could have been a blues cat in 50´s. To me it just sounds cool.

What's been their experience with Sugar Ray Norcia, Andrew Black, and Otis Grand?

I´ve been friends with Otis almost 20 years now, he´s been regular act in Roots´n River Blues-festival, which I founded in 1995. When Otis agreed to produce my album we started to search for suitable vocalists for it and naturally Otis asked his old pal Sugar Ray to help out. Andrew Black from Atlanta, Georgia played a gig in Rovaniemi and I plainly asked him to sing on cd, and he agreed with great results! Everybody enjoyed this project immensely. 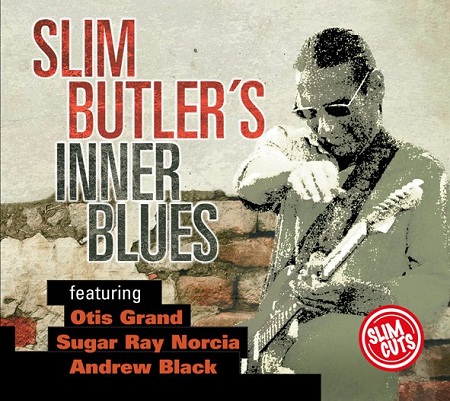 Hard to remember any specific moment, it was just a good times throughout the recording. Lots of laughs.

"When Otis agreed to produce my album we started to search for suitable vocalists for it and naturally Otis asked his old pal Sugar Ray to help out."

How do you get inspiration for your songs, any of the blues standards have any real personal feelings for you?

I get inspired just by jammin´ with my guitar for hours until I come up with a cool riff. Add chord progression and lyrics and voila, it´s a new blues tune. Very simple and straight forward process.

There´s so many amazing recordings in history of blues but I must confess that everything Freddie King ever recorded still rocks my socks. Genius!

Just life itself. Live long enough and you begin to find blues in almost anything. I´m not a good songwriter yet, but hopefully I´ll be one eventually.

What does the BLUES means to you and what does offered you?

Blues is state of mind and major part of my being, in a most positive meaning of the word. Blues has given me profession as a musician and event producer. It´s been great but bumpy ride all along.

Great, late Johnny Adams performing in Roots´n River Blues in 1996 is on top of my list as one of the best gigs ever. Jamming with amazing Chicago-bluesman Jimmy Johnson in Rovaniemi night club was definitely a highlight of my career.

I must say Otis Grand has taught me lot about blues and many tricks of the trade.

Happiness is to one day make an album with all my musical heroes singin´ and playin´ my songs. That would be an ultimate experience.

Make an account for current realities of the case of the blues in Finland. When it all began for the local blues scene?

Blues is live and kickin´ in Finland nowadays. New, inspired and original talent is emerging constantly, which will keep Blues alive in north for future generations. There´s always a trouble findin´ enough gigs to support musicians at professional level but hopefully this will change for the better.

I reckon Finnish blues scene started with Chicago Overcoat in late 70´s. They were the first “authentic” blues guys in Finland. Very accomplished players and really serious about what they did. Most local musicians has been influenced by them ever since.

Blues is real deal. There´s no fakin´ it, either you got it or you don´t. Blues may smell little funky at times but it´s real nevertheless. If I may be bold, I´d d say blues is backbone for most western music styles, even pop. Therefore you can hear some blues everytime you open the radio.

How do you see the future of blues in Europe? Give one wish for the BLUES

I believe blues will stay as an underground phenomena in Europe, like it´s always been. I just wish that people will continue to come to gigs and support the bands they like. 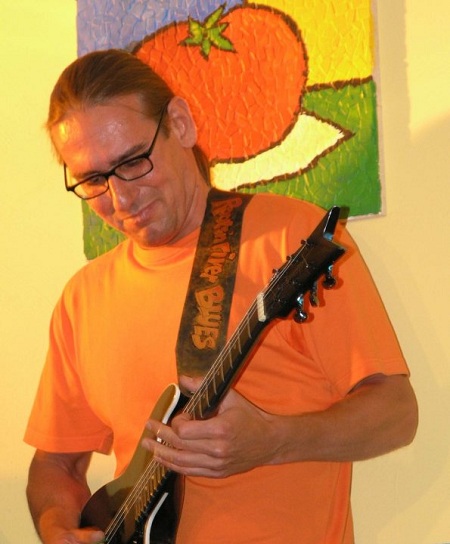 I would love to shake hands and chat with B.B. King since he´s the last of the great ones and the last connection to likes of Robert Johnson.

"All I can say is that if it feels like blues, it must blues."

Yes, cats like Robert Cray and Otis Grand will keep the flame burnin´. They have preserved all the good things from the past and have brought it nowadays market place as an original but yet modern blues. Blues will never fade away.

Blues is always evolving, and it should continue to do so. Hell, Freddie King did Mambo and John Lee Hooker went Salsa. There´s a loads of examples of crossing over musically, and it´s still considered blues. My album “Inner Blues” has wide variety of influences, ranging from Soul, Rock to Tex Mex. Why not? Having said that, all these rock bands with heavily distorted guitars and absolutely no groove whatsoever shouldn´t label themselves as blues acts. All I can say is that if it feels like blues, it must blues.