An Interview with Fito de la Parra of Canned Heat: Living the Blues

"The Boogie is one of the maximum expressions of joy in the blues genre. It's the happy side of the blues."

Emerging in 1966, Canned Heat was founded by blues historians and record collectors Alan “Blind Owl” Wilson and Bob “The Bear” Hite. They gained international attention and secured their niche in the pages of rock ‘n roll history with their performances at the 1967 Monterey Pop Festival and the headlining slot at the original Woodstock Festival. Wilson was already renowned for his distinctive harmonica work when he accompanied veteran bluesman, Son House, on his rediscovery album, “Father of the Blues.” Hite took the name Canned Heat from a 1928 recording by Tommy Johnson. They were joined by Henry “The Sunflower” Vestine, another ardent record collector capable of fretboard fireworks at a moment’s notice who was a former member of Frank Zappa’s Mothers of Invention. Rounding out the band in 1967 were Larry “The Mole” Taylor on bass, an experienced session musician who had played with Jerry Lee Lewis and The Monkees and Adolfo “Fito” de la Parra on drums who had played in two of the biggest Latin American bands, Los Sinners and Los Hooligans and then with The Platters, The Shirelles, T-Bone Walker and Etta James.

Despite these untimely deaths and assorted musical trends, Canned Heat has survived under the leadership of Fito de la Parra since the late 70’s. Since 1967, the band has toured extensively all over the world, performing at numerous festivals including Monterey Pop, Newport Pop, the Sturgis Motorcycle Run U.S.A., and the original Woodstock. They have performed at world-renowned venues such as Paris’ Olympia, both Fillmore Auditoriums, The Kaleidoscope, Carnegie Hall (with John Lee Hooker), Madison Square Garden and even Royal Albert Hall and have played more biker festivals than any other band in the world including their recent headline stint at Europe’s Love Ride. Fito, let's talk about the boogie...

I had been playing rock 'n' roll and pop music for a few years in Mexico, but then I discovered rhythm and blues and blues music through an American girlfriend and with the arrival of Javier Batiz in Mexico. That's when I got involved with the blues and never went back to pop music.

The best artist that I have ever played with was John Lee Hooker, and he was a good friend too.

I can't say which is the best moment because there has been many. I guess my worst moments have been facing the death of people who I have loved and respected...and my occasional back problems.

Blues has offered me a way of expression and a fantastic career/adventure.

The most interesting period of my life was the transition from a Mexican rocker to star status by joining the great Canned Heat band. I can say that from '64-'70 were the best years of my life. Why do you play DRUMS?

I play piano and guitar too, but I like drums best because it gave me a sense of protection and privacy from the audience and I always like to be in the back not in the front.

Why do you play BOOGIE?

The Boogie is one of the maximum expressions of joy in the blues genre. It's the happy side of the blues. 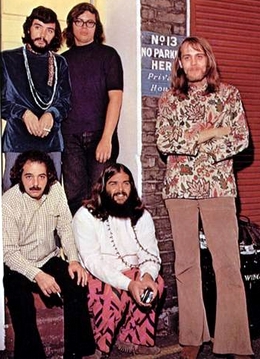 What advice would you had given to Bob Hite?

To Bob Hite, Eat less and healthier, consume less liquor and drugs and get rid of Susan.

What would you had given to Al Wilson?

To Alan, Be a bit more positive and patient about all our earth and human defects, try to find love and get laid.

There are some recordings that I would have like to remix, but besides that I am pretty much satisfied with all of the product that we have released.

Just like our song "Same All Over" says, Good people everywhere you go....and occasionally some assholes that we have to deal with.

My wish for music is for young people to be more careful and respectful towards the art and not looking at it only as a way to be popular and rich.

Smoke some weed, watch movies, listen to music, ride my motorcycle, jam with my friends and spend time with nice ladies. I love to read a good book and hang with my cat "Mr. Blues"

I would have loved to have met Ray Charles, Gene Krupa and Buddy Rich.

Yes my music dreams are fulfilled even more than I ever expected.

Do you remember the recording hours for Hooker n’ Heat?

Yes I remember the Hooker & Heat recordings and the details are in my book. 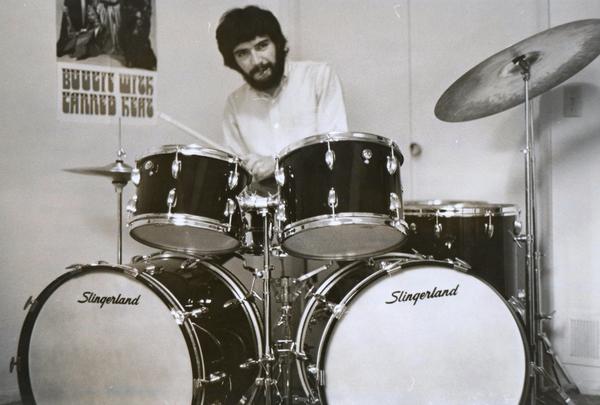 What is the “think” you miss most from the ‘60s

It's purity, youth, and the political humanitarian message that we were giving.

Is there anything that you miss from your childhood times in Mexico?

I miss the unconditional love from my family, that was the highest price to pay in order to become a famous American musician.

I have jammed with some of the greatest blues artists. My best are with T Bone Walker, Big Joe Turner, George Harmonica Smith, Clarence Gatemouth Brown, Memphis Slim and The Best John Lee Hooker.

In which song can someone hear the best of your drums work?

"Skat", "Let's Work Together", and the different versions of the Boogie that feature my drum solos. 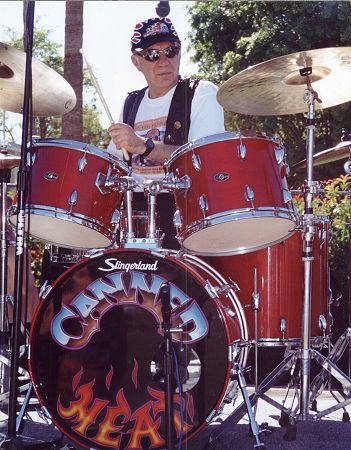 Many, just read the book.

Were there any places where you did especially well?

We do well everywhere

Too many to mention, as long as it's good I love it.

I would have been a psychologist or a philosopher or some kind of humanist.

Music appreciation is a very healthy thing and I recommend you to read the Harvard Medical School report on music and it's effects on human beings, September/October 2011.

As a good person with integrity and a musician who gave it all.

Any of blues songs have any real personal feelings for you?

"Never Get Out of this Blues Alive", it always reminds me of playing with John Lee Hooker on his last show a few days before his death. It brings me to tears.

It is my duty to show them a good time and to make them "feel good".

What do you think is the main characteristic of your personality that made you a popular musician?

I am reliable, polite, organized and funny.

Why did you think that Canned Heat, continued to generate such a devoted following?

It is because we have three world wide hit songs that were blues oriented material. Also the fact that we were at Woodstock and we play compelling good music. 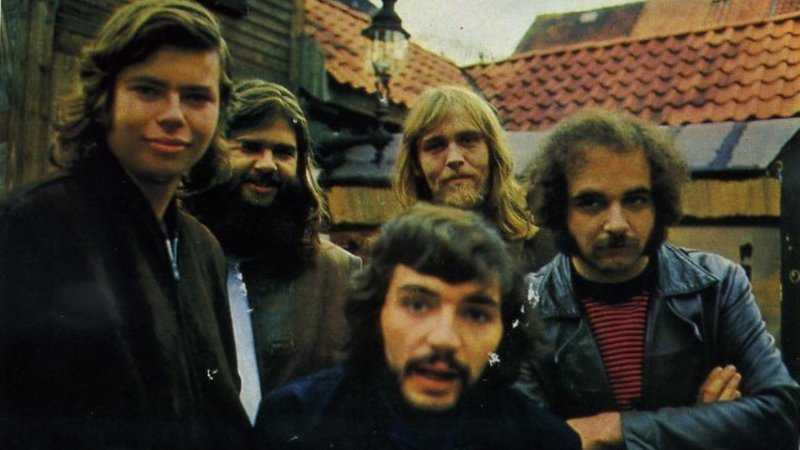 The reason there was a blues boom during the sixties had to do with integration in general in American society and some of us that got interested in that music and saw real cultural value in promoting it.

Sorry we didn't play as planned on our summer tour. I had a very bad back injury plus there were riots and problems in Greece including a general strike which made us worry about going to Greece and the possibility of being stuck there after the show without being able to continue our tour or come home.

I love Greece, it's history, it's food. We played there a couple of times and it has been a real pleasure. I hope that they invite us back in the future when things get better.

Has treatment made our life easier for SURVIVAL?

I don't what treatment you are talking about but if it is chiropractics...it does help. 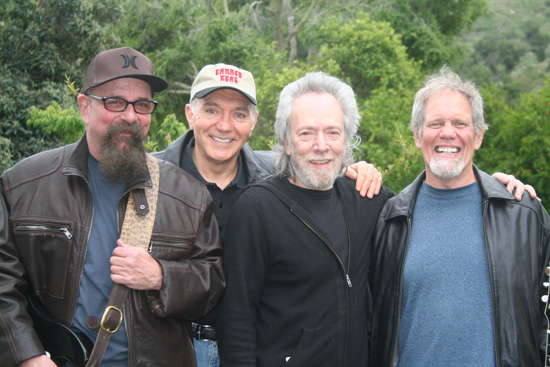 You've worked with Larry Taylor over 40 years. Is he still a key person in sound realization of your ideas?

Larry Taylor is the greatest blues bass player in the world, he's also a perfectionist and a great musician in general.

How would you describe your contact to people when you are on stage? I mentioned that in my book.  There is no better drug than the communion with an audience and the fact of knowing that you are making them feel good.

Since the advent of Disco music in the mid 70's live music started to degenerate. Later with MTV it got completely corrupted because the industry started selling youth and looks instead of sounds. Later with the high tech era many interesting things happened but unfortunately that also affected the craft, approach, and the art the way it should be. However, there are still some young musicians out there that approach the music with the same love and respect that we did. Unfortunately they will always be a minority but they are the real saviors of music in our time. Note, Disc Jockeys ARE NOT musicians and don't deserve the same treatment and respect that people like ourselves get to enjoy. 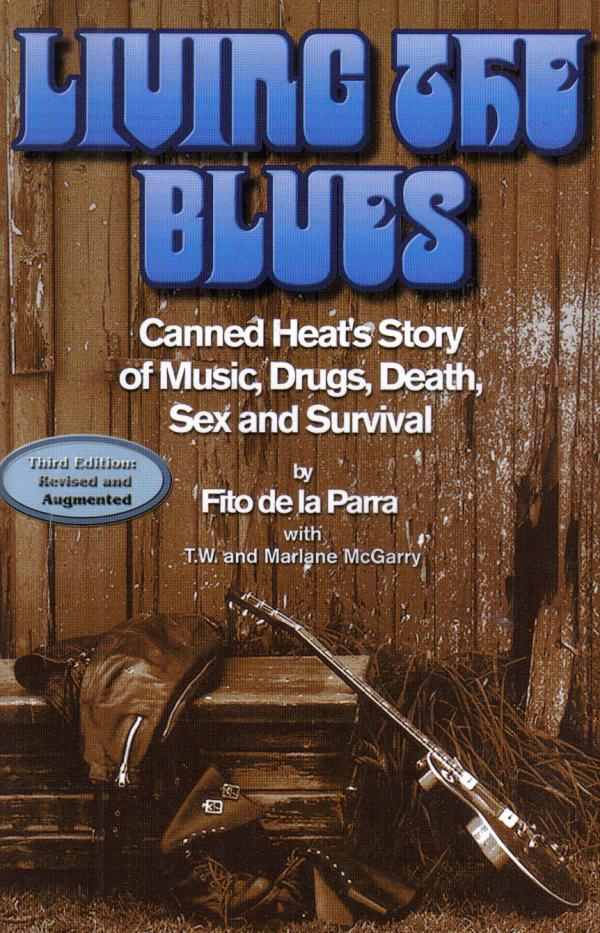