An Interview with German guitarist Richie Arndt: The Blues is something very deep and heartfelt

"Like the blues chord progression. It´s always getting back to the beginning and then starting again and moves round and round ! Something like meditation…"

For three decades, Richie Arndt has been on the road in completely diverse line-ups and styles. Lots of opportunities for looking beyond one´s own spectrum, for learning how to grow and develop, and also for sensing when the right time comes to return to the very beginnings. Feeling once more how it all began when he was still a teenager. Even then, his heroes were called Rory Gallagher and Johnny Winter, while on the other hand, the great singer/songwriters like Van Morrison or Joni Mitchell made a lasting impression on the young artist. 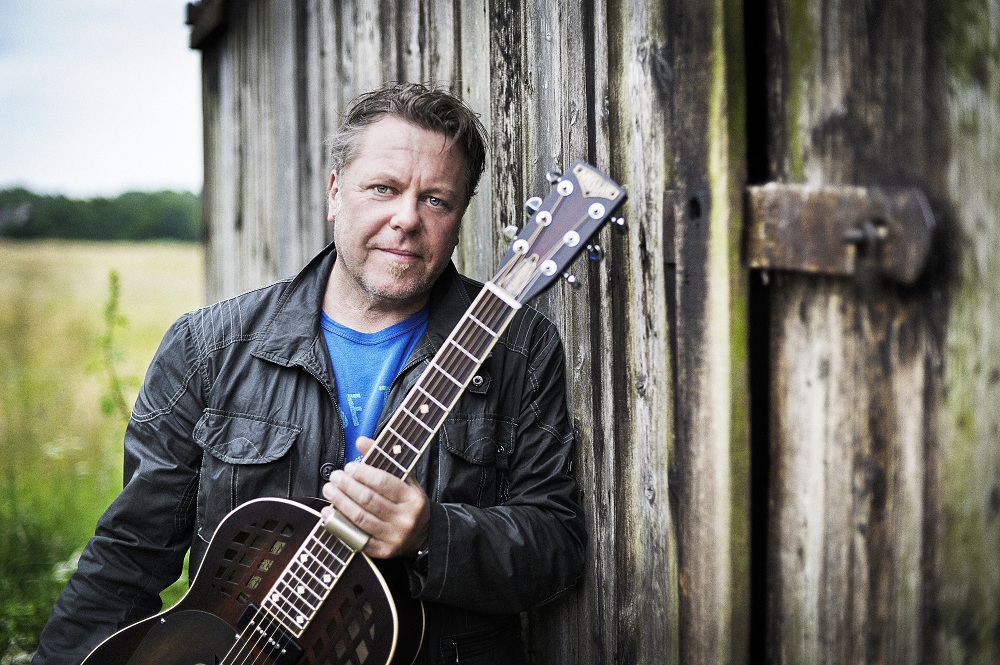 Following their trails, he discovered his deep love for “good, handmade music”, as he likes to call it. It meant aspiring for technical perfection as well as inspiration – and finding his own inimitable style in the process, actually: a style that gives his Blues its warm-hearted soul, while the rhythmic beat of his songs allows some Rock and Pop connections to raise their often rather attractive heads.

His pleasant, memorable voice and his equally sophisticated and unobtrusive, low key guitar style make it ever so easy for his audience to fall for his music. Whether he is working acoustically or switching on the electric power: seemingly mundane, everyday routines mutate into something extraordinary in Richie Arndt´s songs – related with sensitivity, charm and wit.

Richard, when was your first desire to become involved in the blues & who were your first idols?
I started playing guitar in 1971, at the age of 13. At that time there was a lot of electric blues going on in Germany. Mostly influenced by the British Blues Explosion of the 60ie,  I listened to bands like Ten Years After, John Mayall, Cream, Rory Gallagher & Taste, Peter Greens Fleetwood Mac and a few American guitarists like Johnny Winter and Jimi Hendrix of course! 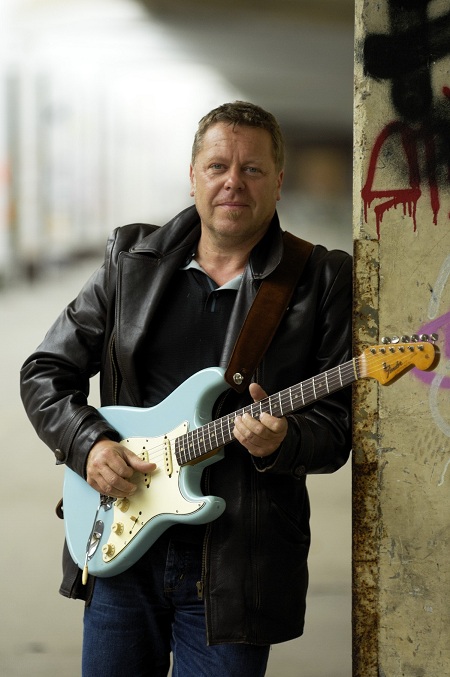 How do you describe Richard Arndt’s blues and progress?
The European Blues Musicians seemed to be more inventive and experimental. That inspired me a lot. Although I really love the mainstream blues, I like to be surprised by music! And that’s what I try to do with my Songs and CDs! I hate standing still!!!

What does the BLUES mean to you & what does offer you?
John Lee Hooker brought it straight to the point: Blues is the Healer!  It´s something very deep and heartfelt! It´s like magic or Voodoo or something bigger than we all are…. Hard to explain, but I feel it this way!

What do you learn about yourself from the blues music?
That everything is moving in circles! Like the blues chord progression. It´s always getting back to the beginning and then starting again and moves round and round ! Something like meditation…

What experiences in your life make you a GOOD blues musician and songwriter?
Some mistakes like everyone makes in his life but now I found a harbor in my family and my music!

Which was the best moment of your career and which was the worst?
Still working on both..!

Which of historical blues personalities would you like to meet?
Rory, Jimi, Bonnie Raitt(!!!), Eric Clapton… too many to name them all! 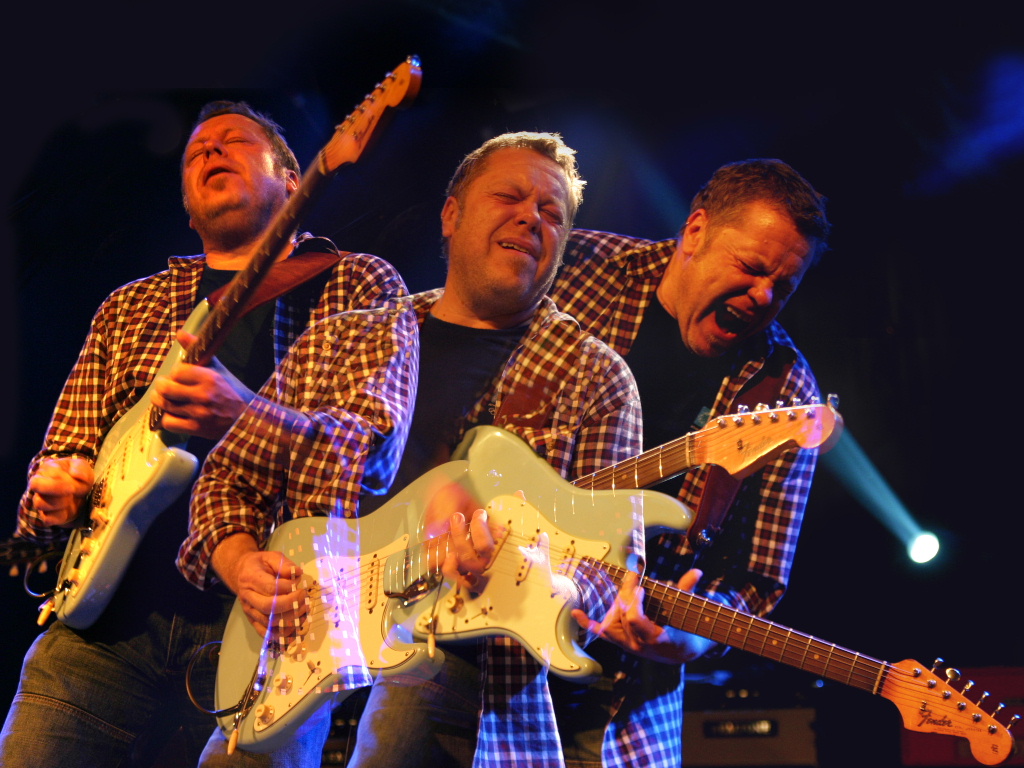 What are some of the most memorable gigs and jams you've had?
A gig during the Rorymania Tour in 2008 at the Jimi Hendrix memorial Festival on the Island Fehmarn, where Jimi had his last Gig in 1971…. That was fantastic audience and spirit! 15000 people!
The best Jam I had was last year at the European Blues Challenge in Berlin, where we met Schroeter / Breitfelder (the winners of the International Blues Challenge in Memphis 2011) and decided to unite as the new “German Blues Project” which consists of my trio and their duo! This was really a magic moment, because 5 musicians met, that really have fun in experiments and innovation… all on the basis of the blues!

From whom have you have learned the most secrets about blues music?
Rainer Baumann , a great blues guitar player from Hamburg. He died in 2010

Some music styles can be fads but the blues is always with us.  Why do think that is?
Because it comes from the heart and from real experience… and it`s NO big business, where people join in just to make money! 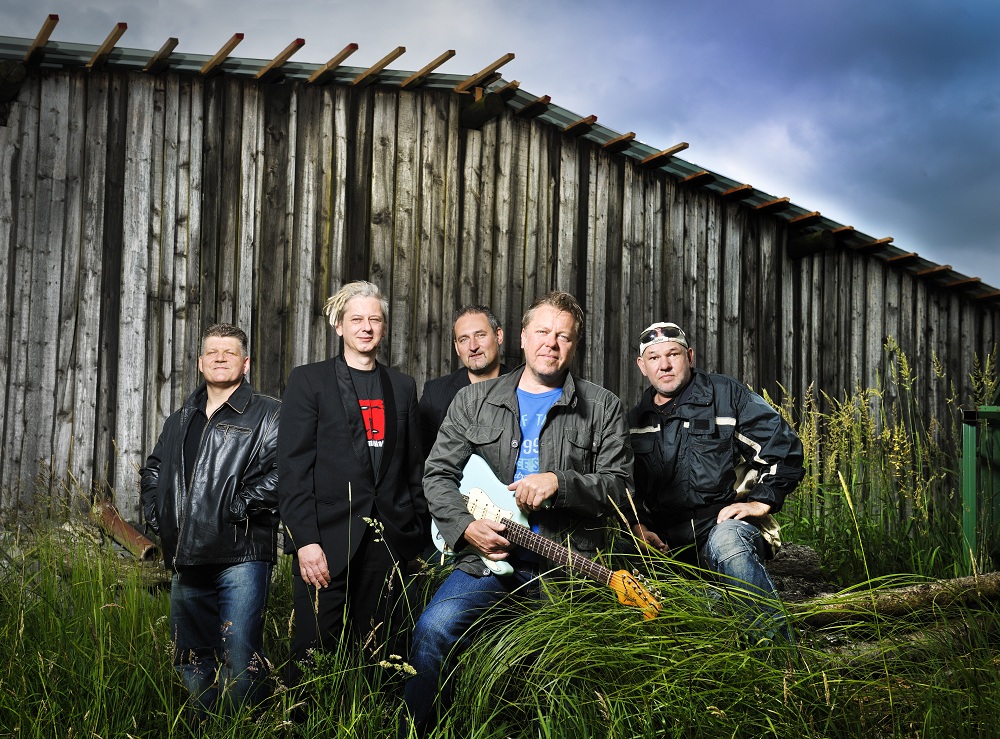 Why are Europeans so enamored with the blues?
With Blues, Rock`n`Roll and british Beat Music there was a special music especially for young people for the first time! This happened in the late 50ies, 60ies and is still going on… Many Europeans feel this music as the start of their freedom and identity!!!

Do you be live that as far as the blues are concerned, Europe has the “brains” and America has the “soul”?
That’s a difficult question, but I don`t think so! There is a lot of simple copying going on in Europe. That has nothing to do with “brain” ….  But also there is some movement of invention on both sides of the pond!

What characterize the sound of German blues scene?
You´ll find every style of blues in high class… and real uninspired bands… like everywhere in the world.
Maybe we have some more bluesrock fans like in some other European countries…
Which makes it easy for me! I love energizing guitar work!!!