An Interview with Greek American Jeff Pitchell, a dynamic Blues singer/songwriter/guitarist from Boston

"The two main things I can point out is the blues taught me the truth. To me the blues cannot be contrived or fake."

Jeff Pitchell is an internationally acclaimed dynamic singer, songwriter, guitarist, and actor. Jeff has recorded with such greats as Rick Derringer, Dave Mason, James Cotton and Clarence Clemons. Jeff received international recognition when he toured Europe and then was asked to join the Commitments as a special guest. 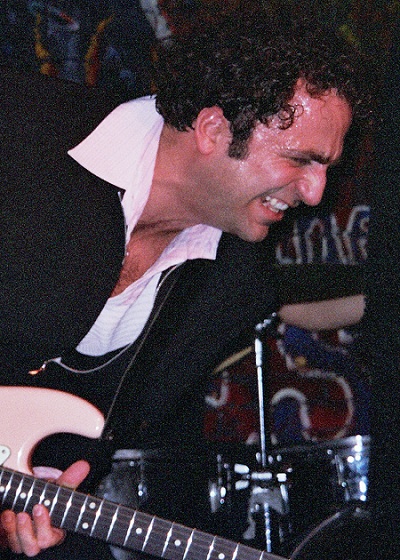 Jeff Pitchell is an international recording artist, and an award winning singer, guitarist, songwriter and actor. Jeff was recently chosen by the Boston Red Sox to sing "God Bless America" to a sold out Fenway Park and nationwide TV and radio audience. Jeff has had such musical greats as J Geils, Rick Derringer, Dave Mason, James Cotton, Clarence Clemons play on his CDs and "dueled" with Dickey Betts, and also performed with Peter Tork of the Monkees, Simon Kirke of Bad Company, Tommy Shannon, and recently returned from a tour of Europe. Jeff has performed in the Caribbean and was a special guest of The Commitments in a United States/Canadian tour and debuts as an actor in a new movie entitled "Cathedral Pines." Jeff has now written songs w/Acadmy Award winner Jeff Silbar, Wind Beneathe my Wings", and at the request of James Woods, Oscar and Academy award nominee...has written songs for a new script for a movie entitled "American Girl." Jeff has new CD to be released by Vizztone which is entitled American Girl produced by David Z and J Geils and features J Geils, as a special guest.

When was your first desire to become involved in the music & how has the blues changed your life?

I was first involved in the music at a young age of ten. My mother and father are musicians as well as my Uncle. They exposed me to so much expression it was inevitable I would chase my dreams. The blues has changed my life in so many ways. You first get into Rock and Roll records and then someone comes along and educates you where it all began. Then you start studying blues players and really grasp that rock n roll is just blues.

Jeff, what do you learn about yourself from the blues, what does the blues mean to you?

I learned so much about myself from the blues. The two main things I can point out is the blues taught me the truth. To me the blues cannot be contrived or fake. Its lyrics are real and sincere. When you can communicate the blues to people honestly I think it makes every other form of communication in your life seem more natural and easy. I also think the blues make you a better judge of whether people are being real with you or trying to pull something over on you. 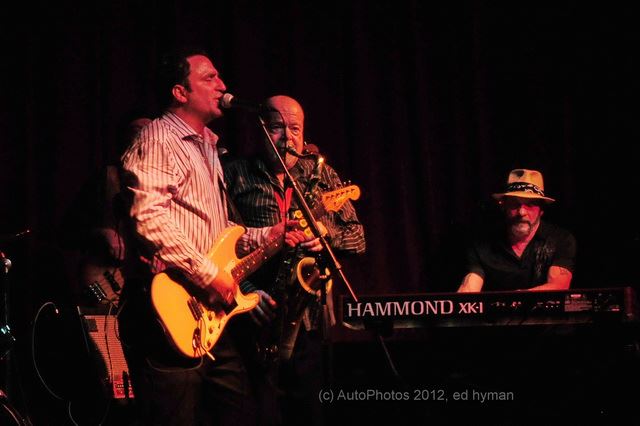 How do you describe Jeff Pitchell’s sound and progress, what characterize your music philosophy?

My Music philosophy has always been to give it everything you’ve got. I like to incorporate all my influences into a show and try to exhibit my versatility. I try to stay true to myself. I am still learning more every show even after all this time.

If I’ve learned secrets from anyone it would be BB King and James Cotton mostly by example. They both took the time to acknowledge me as a person and musician. When I worked with them I couldn’t help but see their conviction for the blues and their ability to perform for the moment. They shared their knowledge with me and I am grateful.

It’s difficult to pick one. The most memorable was probably singing and playing guitar at Fenway Park for the Boston Red Sox. They say there were f 38,000 people. It was also televised. The adrenaline was amazing. I was relieved when it was over. I am a Red Sox fan and my Dad used to take us to Fenway when I was a kid. To perform there with my family present was the most memorable thing. The worst experience I had was performing at the Shriners hospital in Boston for kids who were severely burned. I have to block it out of my mind it was that challenging. The power of music to heal people is amazing. They would tape percussion instruments to the kids bodies so they could participate. I don’t know if I could do it again. Most of these kids were burned up to 80% of their bodies. It brought things into perspective for me. Many of them would die. I was in shock how they would sing and move their bodies to the music. It was unbelievable. It didn’t really hit me til we were driving home and I had to cry. 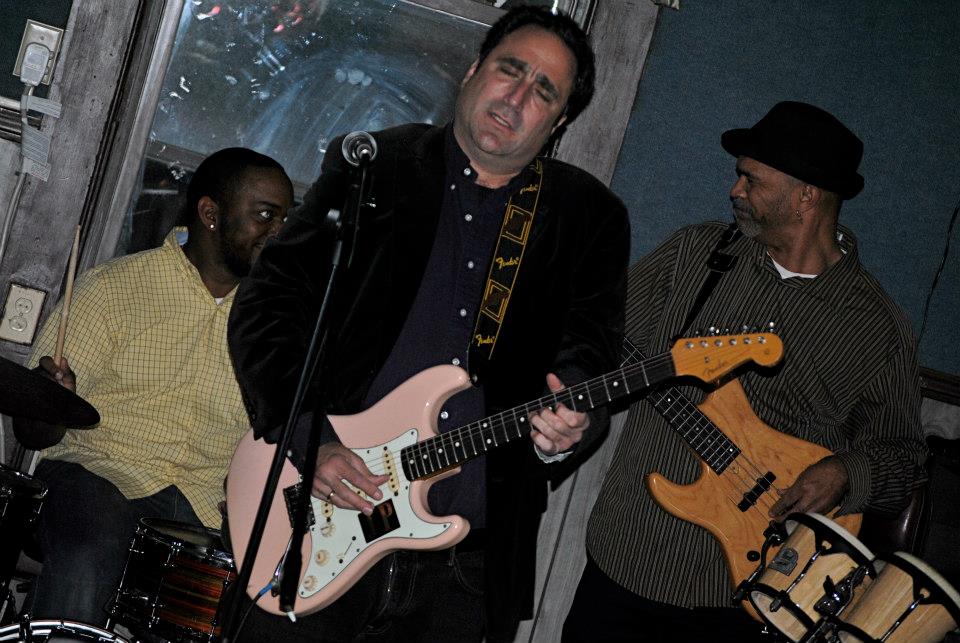 I get ideas and inspirations for my songs spontaneously. If I hear a conversation or a piece of music it just clicks. Sometimes the song comes together easily and other times it’s a labor of love. I am still learning. Most of my songs are about relationships. Many have characters that are from my own relationships or fictitious ones so I can fantasize about an experience. Hendrix, Dylan, Bad Company, Johnny Guitar Watson, Dickie Betts, Stevie Ray Vaughan, Gregg Allman are just a few of my inspirational writers.

I like to think I’m still developing into a better bluesman and songwriter. Life’s ups and downs are what make a man seasoned and more confident to express yourself sincerely and feel good about it. As I get older I can express more sorrow in my notes and reach deeper into the emotional places that I couldn’t find as a young kid. I lost many friends on this musical journey and I try to play it deep for them.

The most interesting period in my life was when I taught 4th grade in the inner city. These kids were deprived and because I was a male they put all the most troubled kids in my class. I envy teachers’ and am proud to be considered one. I didn’t smile for a year. I felt I couldn’t help one kid in this adverse situation. I didn’t believe I could make a significant difference in one kid’s life even if I did. This was a real low period for me. My Band was playing at night and big agent saw us perform and I decided to leave teaching. That was the biggest decision I ever made.

Are there any memories from your “studies” with J. Geils, Phil Lesh, James Cotton, and Dickey Betts?

The memories of Jay, Phil, Cotton, and Dickey are forever imbedded in my mind. I always looked up to them and was a big fan of their music. To perform with them was truly a dream come true. I am fortunate and forever grateful for what they have done for me. 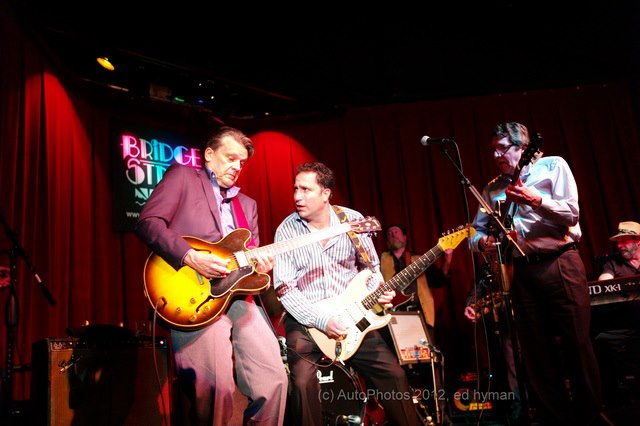 Jeff and J Geils on stage, Photo by Ed Hyman

Are there any memories from Rick Derringer, Bo Diddley, BB King, Buddy Guy, and Ted Nugent, which you’d like to share with us?

There are too many to list Michael but they are all great musicians with complete different personalities. They all have helped me out and again I am grateful for that. All I can say is without BB none of them would be playing electric guitar and I’m sure they would all agree with me. He started it all.

When John Mayall contacted me that he wanted to record my song Eye for an Eye it really made me proud and I smiled. I am a big fan of the early Clapton stuff (Blues breakers). Mayall and Clapton were planning a reunion show and the song was to be a part of it. I’m glad john recorded it because it gave me great credibility as a songwriter which enabled me to record and write in Nashville, Los Angeles and Boston with some of the best.

Well….BB told me always cool your body down before you leaves a theater so you don’t get ill. Buddy told me never play the same room twice in a year and Willie Nelson told me never rushes anything. I will never forget it.

The blues to me is an art form with a huge line of history and understanding. The people who love it are real and devoted to it forever. I am one of those people. I am confident it will be alive and well when all of us are gone. That is my wish. 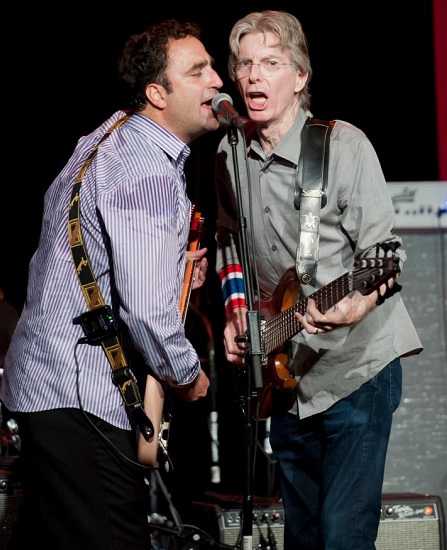 The best jams I ever participated in were with Dickey and Phil Lesh because that’s what they do best. They love to see where it goes. THE BEST GIGs WERE WHEN I TOURED Latvia, Amsterdam and other parts of Europe. The Europeans are the best audiences. Touring The US with J Geils and Gerry Beaudoin has been gratifying too. (Photo by James Shortridge, Jeff and Phil Lesh of Grateful Dead)

If I am enjoying what I do, the people can tell and then we all enjoy it.

If you decide to become a musician make sure you listen to the right records. If you don’t and try to learn the essential components later it may be too late to go back when your ideal learning years expire. You should try to play notes that say something instead of a lot of notes.

Are you Greek? Do you have a message for the Greek blues fans?

Yes!! I am 100% Greek and proud of it. Both my parents are Greek and when my grandfather came to the US they changed his name from Pitsalathis to Pitchell. It was common in those days to shorten people’s names. My grandfather cooperated of course. It wasn’t always easy being Greek in America. Kids would make fun of me because I was dark and had dark curly hair. It was foreign to them. It made me tougher and I wondered why people treated me different even though I was the same as them. Now things are much different and America is a melting pot. I am an American of Greek decent. My grandmother used to speak Greek to me as a kid so I know a little bit. She was the best cook and nicest person I ever knew. I think about her all the time. My aunt died at 48 of an aneurism and she was a sweet, kind person too. They both went to the Greek St George Greek Orthodox Church in Harford Ct. every Sunday.

I am lucky to have known them. My parents still go to that same church every Sunday and sing in the choir. I wish I could attend but I’m always out working. I would love to meet Greek fans because we have two great things in common. Being Greek and loving the blues. Thanks Michael!! Yassou