An Interview with guitarist Jim Armstrong of Them: The music retains its original honesty and hits you straight in the heart.

"The music business hasn’t changed much.  Manager’s still look for artists for a free ride."

Armstrong's musical career started while he was still a schoolboy, when he played in Belfast's top showband, The Melotones, who were resident in the city's Romano's Ballroom. Armstrong played and recorded in the mid-'60s with Van Morrison and Them, touring both Europeand America (where he lived – playing and recording - for 4 years). Of the 51 tracks recorded by Morrison and Them (1964–66), Armstrong played on over half, and while living in America met and played with Jim Morrison & The Doors, Captain Beefheart and Frank Zappa. During this time he was voted 3rd best guitarist in the world (after Jimi Hendrix & Frank Zappa). 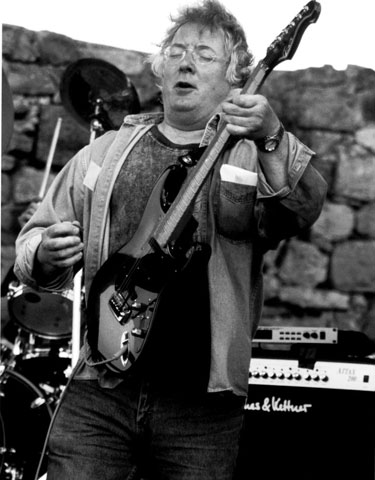 After leaving Them in 1969 Armstrong again teamed up with vocalist Kenny McDowell (who had replaced Van Morrison) in Sk'Boo, alongside Ricky McCutcheon and Colm Connolly. Then he and McDowell (born Kenneth McDowell, 21 December 1944, in Belfast, Co Antrim) formed the band Truth (1969-71) in Chicago with bassist Curtis Bachman (ex The Buckinghams) and drummer Reno Smith (ex Baby Huey & the Babysitters). They also added ex-Them keyboards/vibes/flute/sax player Ray Elliott (born Raymond Elliott, 13 September 1943, in Belfast, Co Antrim). In the late '70s, after playing with McDowell in Spike, Jim Armstrong was guitarist with Northern Irish rock outfit Light. Armstrong and his 'Light' bandmate Brian Scott also played in a brief 'Them' tour of Germany in 1979. In the '80s Armstrong and McDowell performed with a reformed Sk'Boo. It was with Sk'Boo that he played in The Errigle Inn, which was Belfast's most famous gig venue.

At home in Northern Ireland he was a sought after session musician, and has been involved in many locally produced records and projects with Ulster Television, BBC Television and other radio stations. After touring for 9 years with one of the many incarnations of 'Them - The Belfast Blues Band' in the '90s with Eric Wrixon, he formed the Jim Armstrong Band. He has played a huge variety of music in his time but blues is his main love. He is currently (2009) living in Las Vegas having moved to the USA following a health glitch when touring with his Jim Armstrong Band in Germany. 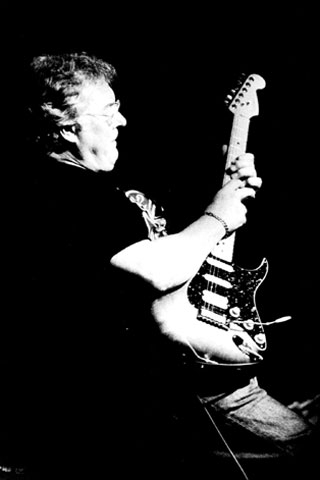 Mr.Armstrong, when was your first desire to become involved in the blues & who were your first idols?

When I first got a guitar, I listened to all types of music and found myself gravitating towards Blues music.  I listened to Big Bill Broonzy, Muddy Waters and Howling Wolf.  I played all kinds of music in my life as a musician and session player, but always went back to what I loved.

I would say that it comes from the heart.

I was doing a Woody Woodbury show in Los Angeles and had met and talked with Joe Pass, who was playing with the house band.  We mimed to our current single and then played one live  (Nobody Knows You When You’re Down and Out) and Joe Pass and the band joined in.  Such a blast!

How do you describe your philosophy about Jim Armstrong’s music?

I don’t really have a philosophy I just play the guitar.

Tell me about the meet of Them and Van Morrison. How did you get together and where did it start? 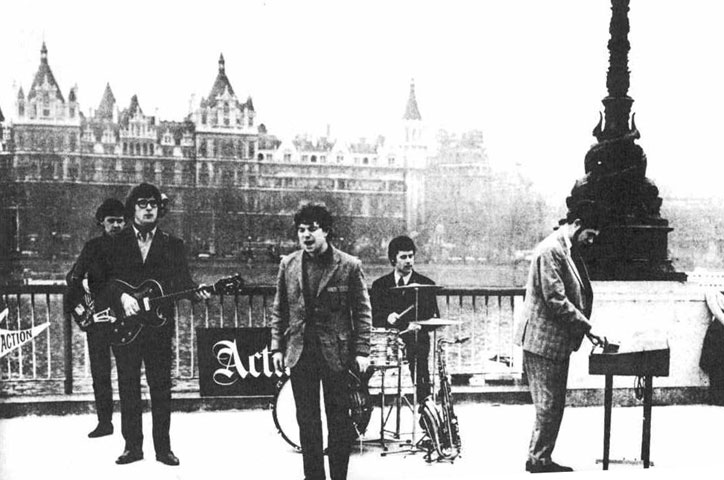 My first good guitar was a Guild Starfire which I bought in preference to Stratocaster.  I picked up my guitar style from listening to all guitarist notably Merle Travis.  So I developed a hybrid style using a pick and fingers which I still use.

How did you first meet Jim Morrison and Doors, which memory from Jim makes you smile?

I first met Jim Morrison and the Doors when they played support to THEM at the Whiskey A Go Go in July 1966.  They joined us onstage to play Gloria.  We taught them how the Irish drink.

What are some of the memorable stories from Frank Zappa you've had?

Frank used to come down and play with us at the Whiskey and then in Chicago. One of the things I do now is play Gloria in Excelsis Deo in the middle of Gloria, I stole this from Frank.   Frank also introduced me to Janis Joplin in Chicago, she like the song Square Room my Indian Raga. 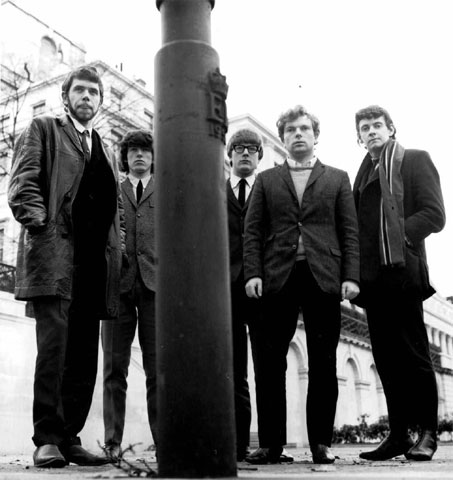 What the difference and similarity between Truth & Them?

Truth was a Chicago (home of the Blues) based band.  I played in them all with various members, but we all shared the same love for the music.  I must point out that the band that toured and recorded in the USA as THEM (with Van Morrison first vocalist and Kenny McDowell second vocalist).  Eric Wrixon who named THEM never toured or recorded with THEM, but he owns the name.

The music retains its original honesty and hits you straight in the heart.

If I could go back to the past I would have read the small print in the contracts (?).

All Great Musician’s share a love for the music they play.

I still think my favorite Blues artist are Howling Wolf and Keb Mo.  The last record I bought was by Jeff Beck who I consider to be one of the best. 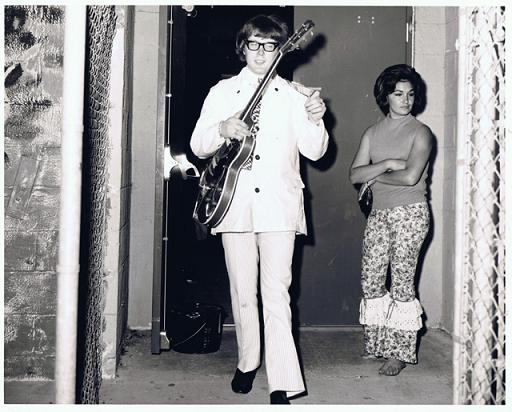 The music business hasn’t changed much.  Manager’s still look for artists for a free ride.

My love of music and the guitar.

What is the “think” you miss most from the Them, Belfast and the ‘60s?

I really don’t miss anything because everything I’ve done and do is still based around music.  I just came back from Belfast where I played 5 concerts and I enjoyed it as much as I did in the 60s.

Robert Johnson at the Crossroads. 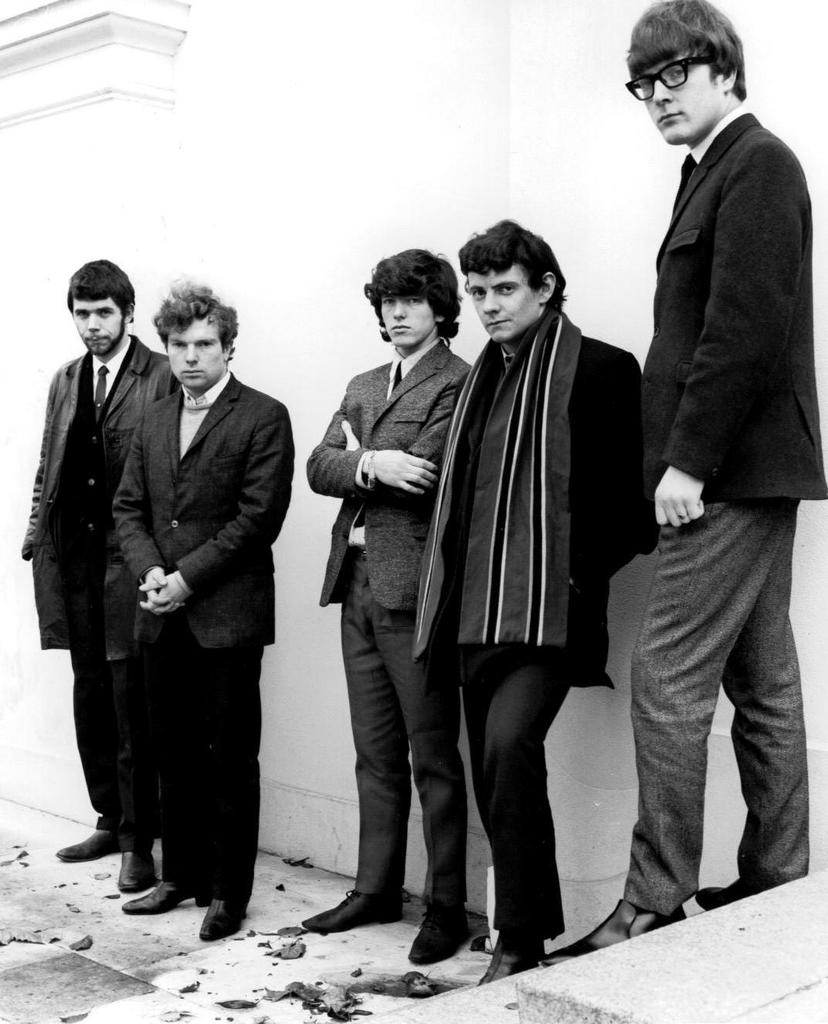