An Interview with guitarist Michael Richard of Wumbloozo: The blues is just something you have in your blood.

"Blues music is a way of feeding that beast that has control over you."

Michael Richard has been playing music his whole life; good rock and roll and blues. "Nothing like a smoke filled bar room when the band is grooving, the chicks be dancing, glasses be clinking and pool balls cracking HOME BABY HOME." Played clubs in N.Y, migrated to L.A. Worked briefly with Mark Bolan & Herb Price of T-Rex & Jimi Hendrix fame. 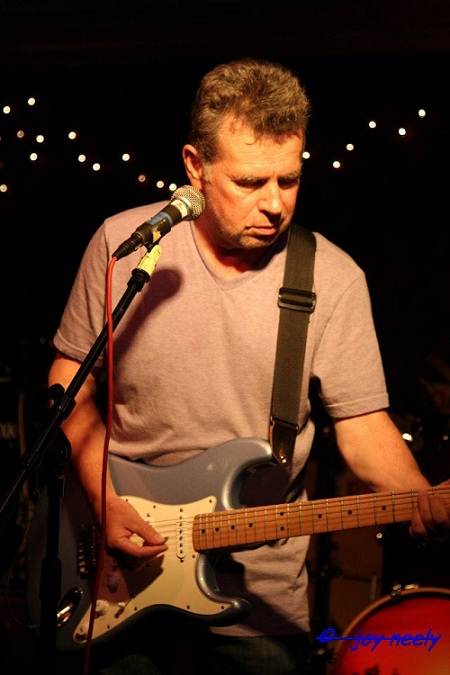 Opened Bit-o-N.Y. night club and lead the house band while also singing & playing lead guitar for local faves Aberdeen & The Gigolos who shared the stage with The Blasters, X & The Rythymn Pigs at The Whiskey The Central (now the Viper Room) & Madam Wongs. Fun times in L.A. Founded Whiz Kids Records where he wrote and produced all genres of music ranging from punk, New Wave, pop, country and psychobilly. He produced and co-wrote the sound track for independent film Jimmy. Michael is currently working with Def Eggplant Records producing, composing, singing and playing guitar with blues, R&B, roots, rock band Wumbloozo. Wumbloozo can be seen performing in the Southern California area. They can also be heard on independent and blues radio throughout the US, Argentina, Brazil and Europe.

Michael, when was your first desire to become involved in the blues & who were your first idols?
When I was 10 years old all my friends wanted to be Elvis Presley, I wanted to be Muddy Waters. Several years later Keith Richards became my hero because he made playing guitar seem achievable.

Which of historical blues personalities would you like to meet? From whom have you have learned the most secrets about the blues music?
Muddy Waters. Keith Richards (surprisingly I learned more from him than all the legends that he copied, probably because he was more accessable) 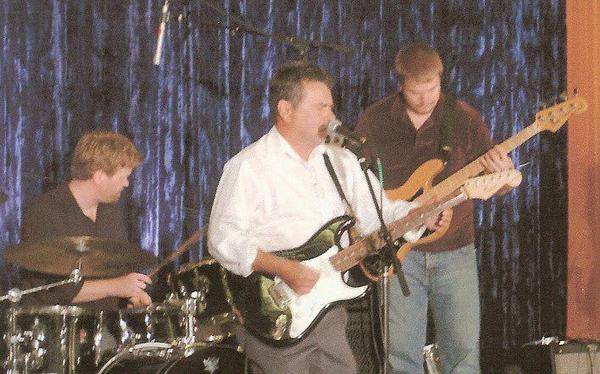 What was the first gig you ever went to & what were the first songs you learned?
The Elites a wellknown band in Pordenone, Italy. The first song I learned was “What I Say” by Ray Charles. My guitar teacher taught me Red River Valley out of the Mel Bay book. I discovered if I change those same notes around I could play other songs but that was the first one.
Which was the best moment of your career and which was the worst?
After playing The Julian Blues Bash I went out into the audience to enjoy the next act on the bill. I kept getting mobbed by fans so I was forced to retreat back to the VIP area. It was very cool to be that strongly appreciated.
In 1980 I played the LA Street Scene. There were thousands and thousands of people….. the only problem was due to some schedule mishap they weren’t there to see us, they were there for Mariachi. We come charging out on this huge stage guitars blasting only to look out to a sea of sombreros and castanets. I later learned that a few blocks away people were dancing in the street to us but right up front it was not a pretty picture. Thank God there were no pistoleros.

Any of blues standards have any real personal feelings for you & what are some of your favorite?
Anything by Muddy, Howlin’ or Johnny but Mannish Boy is special to me. I just love the rawness and simple honesty of the original recording (none of the remakes even come close). 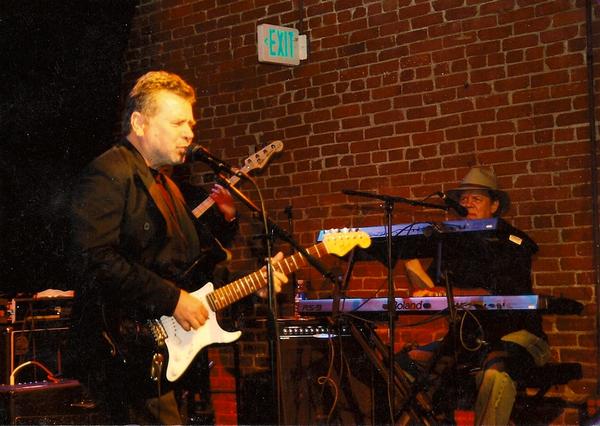 What does the BLUES mean to you & what does Blues offered you?
The blues is just something you have in your blood. Actually you don’t have it. It has you. Blues music is a way of feeding that beast that has control over you. Whether it be writing, playing, or listening. I for one spill my guts to that demon every time I perform. Then I see people on the dance floor feeding there own version of that same beast. It is actually quite a celebration of freedom when done properly.

What experiences in your life make you a GOOD musician?
All of them. I know that sounds like a cop out but it is true. I am much more a songwriter than musician. So I write about all sorts of things happy, sad, amusing, dangerous etc.

Do you remember anything funny or interesting from the recording hours?
The last Wumbloozo album “Live From The Voodoo Cave” was recorded in a 10’ by 10’ room  with a six piece band, live!  Nobody believed I could do it. The other guitar player (who is a pro audio engineer for Disney) after hearing the playbacks said that I worked voodoo . So that’s when my little studio became known as the voodoo cave. 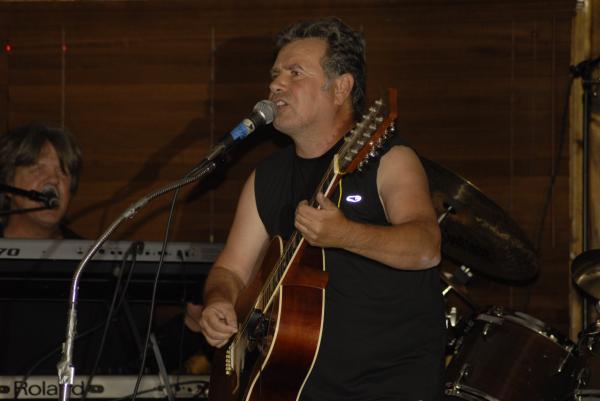 What are some of the most memorable gigs and jams you've had?
Last month I did an acoustic show at a little unknown place in Van Nuys California. It was small and intimate, the acoustics were fantastic and I don’t think I have ever been so in touch with an audience. Everybody there was hearing my songs for the first time and it was more like a musical conversation with some close friends rather than a gig.  On the other end of the spectrum many years ago back in the seventies a production company put together quite a band for me to play with. I was so young and naïve it is only in retrospect that I can appreciate it. I had people from the meters, Sinatra, Renee Hall (who arranged for Ray Charles) did our arrangements and charts Marc Bolan, Richard Jones and friends did our background gospel vocals arrangements. It was a very uplifting and unique sound. It is a shame that it disintegrated almost as quickly as it seemed to appear.

Are there any memories from local bars, which you’d like to share with us?
One night at BB Kings Nightclub while we were playing a song I wrote called Jelly Bone, I queue my guitar solo by saying “come on baby walk around”. Just then a well endowed woman in a very revealing green dress jumps up on stage and starts bumping and grinding with the band after she flashed, she was carried off stage by security. You never know whats gonna’ happen at a Wumbloozo concert. 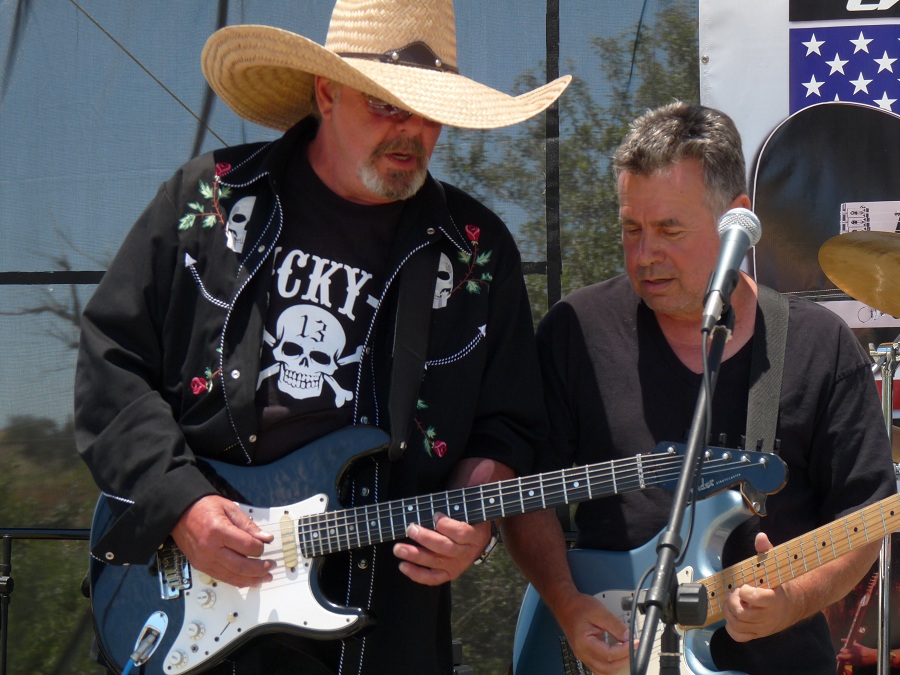 Because it is honest, you can’t argue with the truth. My wish for the blues is this: new artists that are true blues people doing new stuff not just covering the old masters and not just playing rock music and calling it the blues.

Where did you pick up your guitar style? In which songs can someone hear the best of your guitar work?
Pretty much trying to figure out Muddy Waters getting it all wrong and coming out on the other end with my own style. If you like big 12 bar solos probably “Window Shopper”. If you like a unique sounding slide then it is “You’re My Jones”. I myself prefer “You’re My Jones”.

Tell me about the beginning of Wumbloozo. How did you get together and where did it start?
The original Wumbloozo started after my dream band that I mentioned earlier flamed out. It also had a short life and didn’t reappear until 2002. The current line up has been together about 3 years. I have pretty much been Wumbloozo since the day I was born (blessed with a curse so to speak). What characterize the sound of Wumbloozo? How did you choose the name?
It is a hybrid of American Music part soul part blues part country part rock and roll.

Do you have any amusing tales to tell of your gigs with Wumbloozo?
We were playing a Yacht Club and the Commodores wife had a little too much to drink. She joined the band on stage and started dancing very suggestively. At one point she got down on her knees while I was playing a guitar solo. Before that she was trying to whisper sweet nothings in my ear, not knowing that I am deaf in one ear and that is the one she was whispering into. I remember thinking no different than playing a bar, they just come and go in boats rather than cars (more money).

Are there any memories from the Wumbloozo, which you’d like to share with us?
One time we were playing a place that was running hookers in the back, our pay was percentage of the door. When Doc (harp player) found out about the hookers he asked “do we get a cut of that too”. 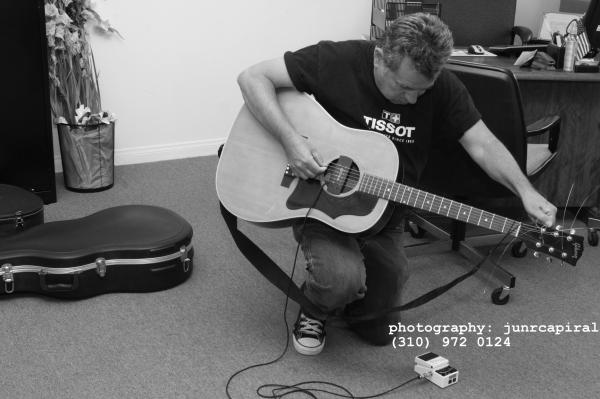 I've heard two sayings about the blues, which are a little bit confusing. One is "Blues is a healer". Another one "You have to feel blue to play Blues". If it's suppose to be a healer, why should it make one feel sad?
I don’t know who said that but Blues is a healer. Had a rough day at work go home start singing a song about shootin’ the boss man, no more rough day. Long workweek need to unwind go to the Juke Joint, no more blue. About the only time it is sad is when it concerns break ups of relationships, but even then it is a healer because it is helping you get through the grieving process. You know “my baby done left me one bourbon one scotch and one beer”.

What are the things you’re most passionate about in life?
My wife and my music. She is the person I wrote “You’re my Jones” for. Also my son and my granddaughter.  And baseball . Baseball and blues baby, baseball and blues. 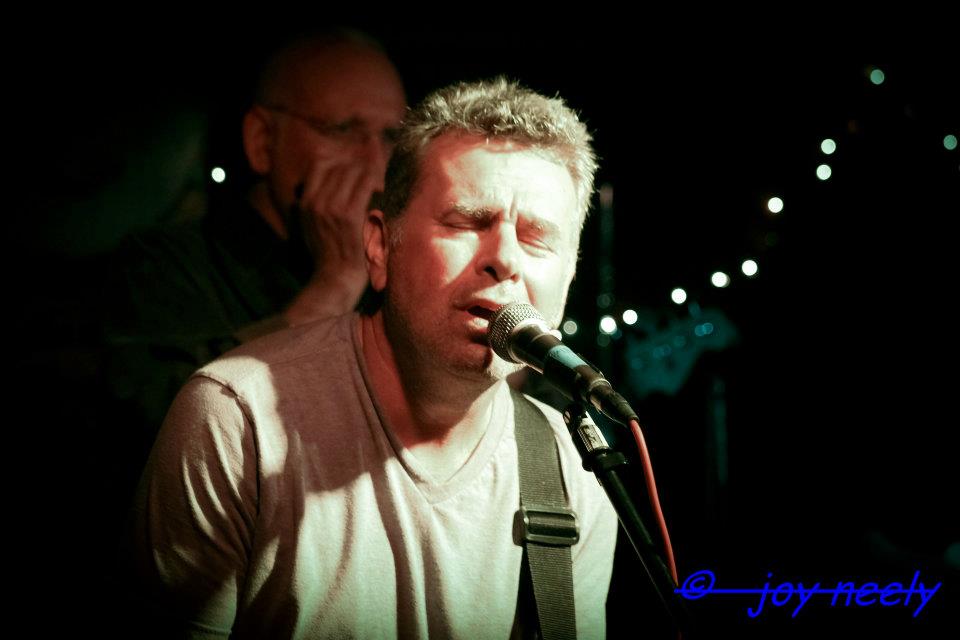