An Interview with Italian Eliana Cargnelutti: I think blues creates a true relationship between people 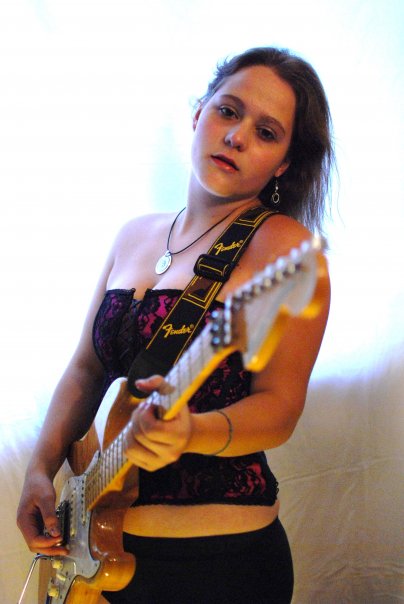 The melting of their personalities gives life to a fresh sound full of groove-drenched atmospheres and dynamics. She plays a kind of rock blues with a bit of everything: electric funk, pop and jazzy instrumentals, raw rock, tight blues grooves and a powerful guitar. Her sets have something for everyone.

Eliana is well known in the Italian blues scene thanks to her infectious gigs; she also played, and received enthusiastic feedbacks, in Japan and in the United States. She shared the stage with Enrico Crivellaro, Otis Grand, Joe Pitts Band (Arkansas), John Craig, Rudy Rotta, Jimmy Joe's bandand more. Her debut album will be released in October.

Eliana, when was your first desire to become involved in the blues & who were your first idols?

I began to play blues at the age of 15, after a “night in blues” at a friend house: I remember that I saw a Stevie Ray’s DVD at the TV, and I fell in love with him and with the blues.

The blues helped me not to have fear in expressing my mood, something I can hardly do while speaking. Moreover I think blues creates a true relationship between people. Blues unites more than any other thing, when I meet a blues musician I’ve got the feeling we both belong to a sort of big family.

How do you describe Cargnelutti’s sound and progress?

My tone is still evolving and it will always be as long as I’m really critic to myself. The same thing can be said about my playing, I come from heavy metal, I play rock blues, I degreed in jazz, I like to sing pop songs or listen to world music, and I’d like to play in funky and fusion style. God only knows what I will do in ten years! Tell a few things about your band ELIANA ELECTRIC4.

Well, I have two bands I play my music with: MISS E and Eliana Electric4. People change but music is almost still the same, with my electric quartet I usually play rock blues and also some pop and fusion stuff, not standard blues anyway, we play in clubs and pubs. With MISS E I usually play at festivals, we play rock blues, soul, funky and some standard blues, they are very known musicians in the blues Italian scene, and I’m recording my first full-length Cd with them.

Where did you get that idea about all girl band LIVING DOLLS?

Living Dolls is a rock girl band, it is a project that I always had in mind but I actually had the chance to fulfill my desire thanks to our first manager who put together four musicians though we didn’t know each other at the time. After several line-up changes we finally found the right chemistry so now there’s great friendship among us.

I guess I am strong and sweet at the same time and this has evident reflections in my music. You can listen very different moods in my songs. I strongly believe in love and friendship and these are the main items in my lyrics. 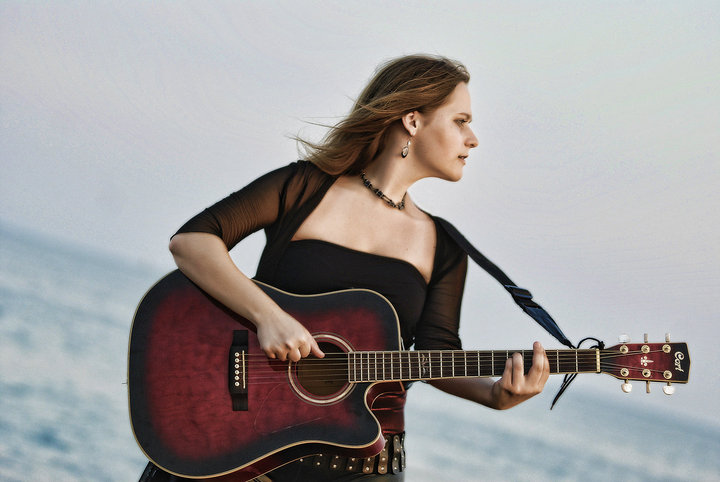 From the musical point of view is there any difference and similarities between: bluesman & blues woman?

Audience means a lot to me, when I make a concert I play for the people around me and it’s important for me to conquer their attention and try to communicate what’s inside me. I’d like to transmit energy, sympathy and good vibes. If people have fun then I’m really happy and if they don’t I do my best to involve them in the show.

Are there any memories from Otis Grand, John Craig, and Rudy Rotta which you’d like to share with us?

I will tell you something about John Craig: I remember I was in Little Rock when, in the parking place just outside the pub where the 25th anniversary of the Arkansas Blues River Society was taking place, a very long black car with dark windows met my eyes, the window slowly lowered letting me see nothing in the first place until I suddenly saw shiny white teeth and heard a very cool voice talking with a very strong American slang accent: “hey sweetie, see you later on stage”. That’s how I met John Craig, guitar player and musical director of Ike and Tina Turner! I remember we jammed together and he was surprised to notice that my rhythmic was so similar to his. I was truly proud about it because it showed me I learnt the right feeling of the blues. 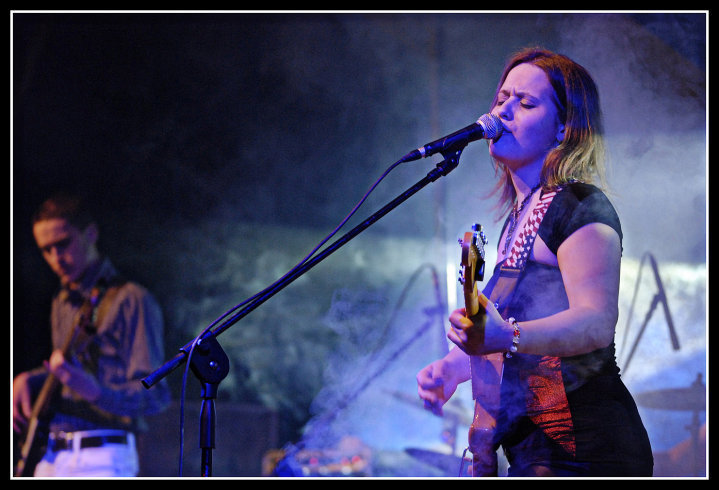 From whom have you learnt the most important secrets of the blues music?

I think that my first teacher Flavio Paludetti helped me a lot with improvisation, yet the most important thing is to play on the CD’s, I played a lot Stevie Ray’s songs, and Tommy Castro’s, Bonnie Raitt’s, Gary Moore’s, Joe Bonamassa’s as well. I simply ate those CDs!

I think they are unfortunately all already passed away. Anyway I’d like to meet Bonnie Raitt, Susan Tedeschi, John Mayer, Eric Clapton, and Tommy Shannon one day!

What mistake of the Italian blues scene you want to correct?

Unfortunately audiences are somehow addicted to the same old stuff. They just want to listen to the same things over and over again and thus there’s not much room for experiments or style evolutions. I’d like people to be more curious about a more contaminated form of blues music. 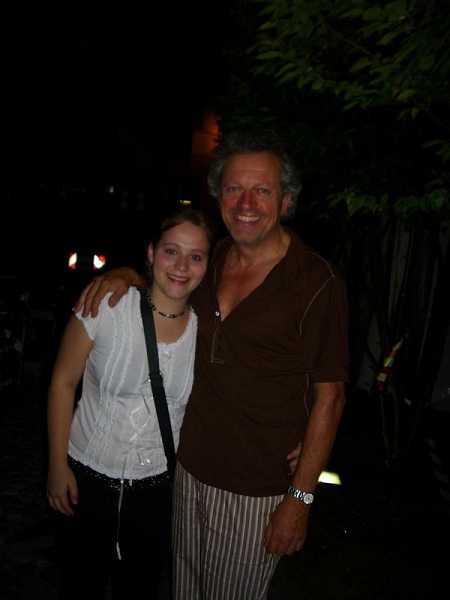 When it all began for the blues in Italy, who is considered the local "godfather" of the blues?

Well, I think a lot of bands and guitar players are famous in the Italian blues scene, my favourite ones are the Treves Blues Band, Rudy Rotta, Enrico Crivellaro, W.I.N.D, Nick Becattini, Tolo Marton, Guitar Ray & The Gamblers and Paolo Bonfanti.

No, I really don’t think so! But I will tell you in few years…