An Interview with Janita Haan of Babe Ruth, one of the most exciting performer/ singer in Rock history

"My philosophy is always to keep it fresh keep it real."

Janita Haan was born under the Taurus sign in Edgware, England. She is one from the most power voice and performer in the rock history with Babe Ruth. The band is a progressive blues rock group, primarily active through the 1970s, from Hatfield, England. Their characteristically 'underground' sound is marked by powerful vocals from Janita “Jenny” Haan and full arrangements by Alan Shacklock. Members included Dave Hewitt, with Dave Punshon and Dick Powell later joining. The first release was their single "Wells Fargo"; their first album, First Base, featured the alltime classic hit “The Mexican” went gold in Canada. 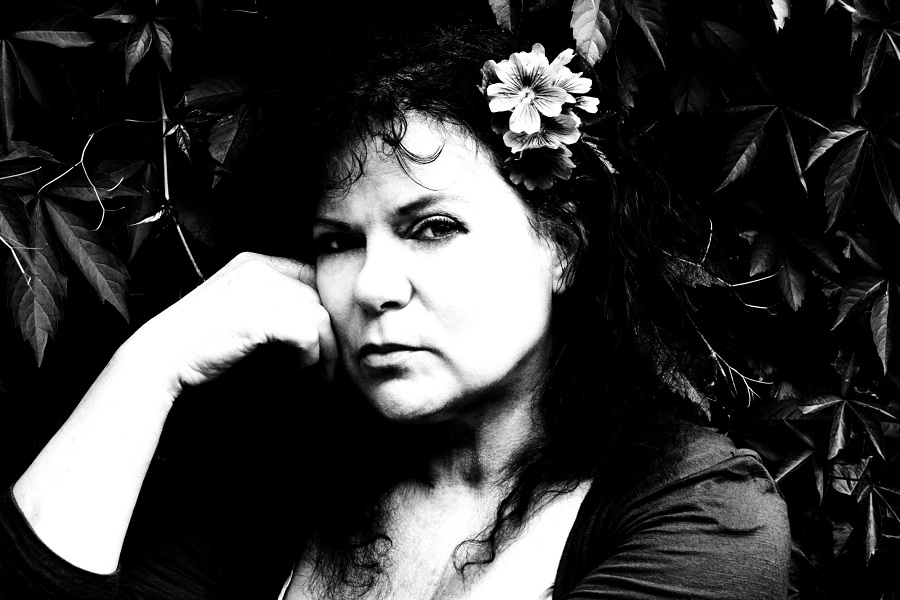 After Babe Ruth she formed Jenny Haan’s Lion along with David Hewitt and toured Europe and the United Kingdom receiving great reviews. The last date was at Macroom festival with Rory Gallagher in Ireland. A spell as a solo artist with EMI and a commercial for BASF tapes with tune ‘Forgotten Dreams’ which made commercial of the year. Back to College to study fashion design and later machine embroidery and getting married. Privately she recorded an album during the first and second years of college in the summer vacation. Moving to Herefordshire she continued recording at Rockfield writing and then performing the tunes in Holland for Television and Radio. Also she has enjoyed session work with Strider, Be-Bop Deluxe and the Waterboys. Enjoyed running a specialist Classical Recording Shop in Church Street Hereford for ten years with her partner Madeleine, retiring when her daughter, Jemina started school. This is fascinating, to see the cogs of the music industry. Becoming interested with Natural Perfume, in 1998 she became the first Natural Perfumer in the UK creating a perfume for the Hereford Cathedral “Perpetually Yours”.

I have always loved music and remember singing along and memorising lyrics from a very small child. When my parents brought me my first record player I remember the first LP I bought was the Beatles and memorised every tune and sank my voice in with the recording so it blended with them.

What do you learn about yourself from the music, what does Blues Rock means to you? 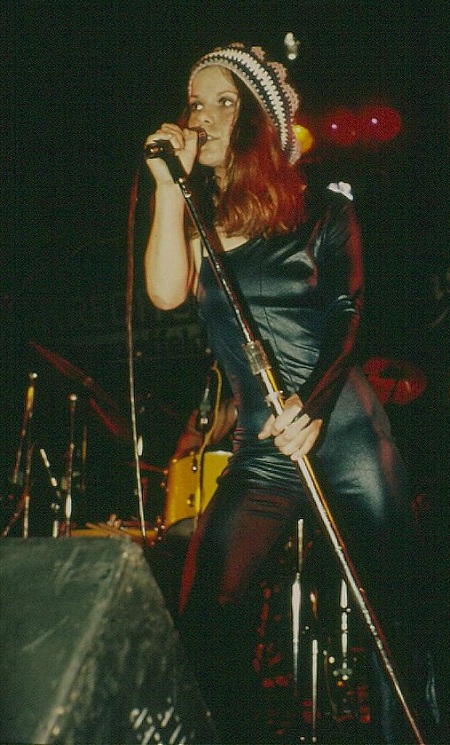 When I think of Blues Rock I think of bands like Rory Gallagher ... Eric Clapton... early Fleetwood Mac... and Led Zeppelin to an extent although folk music played quite a part in their music. Peter Green.... What do I learn about myself? That outside emotional experiences play a huge part of my tone and timbre. Of course I am at all times mindful of levels of musicianship but always desire more than just singing notes and words.

What experiences in your life make you a GOOD performer, singer, and songwriter?

How do you describe Janita Haan sound and progress, what characterize your music philosophy?

My sound has developed over the years and am continue to listen and always eager for new developments and ideas. My philosophy is always to keep it fresh keep it real.

From whom have you have learned the most secrets about the music? What is the best advice ever gave you

I have to say Babe Ruth. I joined them when I was eighteen ... Alan Shacklock and Dave Punshon both classically trained helped develop my musical discipline and Dave Hewitt encouraged me to express genuine feeling well they all did. Best advice? Just give it all you got.

Best moment there have been many wonderful ones. There was one time when Babe Ruth were headlining in Canada and we walked out to a sea of twinkling lights all for us... It was an overwhelming humbling moment

I had a jam with Paul McCartney’s wings one night after a gig in Campbeltown. Paul and Linda were going to come down but couldn't get a babysitter …LOL. I remember their rehearsal place was in a building in the middle of nowhere. Denny Laine was great fun. Also Peter Green came down to a Babe Ruth rehearsal and had a jam with us that was awesome. Pete was a good mate of Ed our drummer. "Best advice? Just give it all you got"   Promo photo: Janita with Babe Ruth

What is the “feel” you miss most nowadays from the 70s and Babe Ruth’s first steps?

The camaraderie and jokes and pulling each other’s leg. We definately weren’t allowed to get too precious or full of ourselves or take ourselves too seriously …Cos the others would very swiftly take us down a Peg or two and take the piss LOL

When I first started it really was indulgence in the studio and not worries about how much it all costs which sadly seems to be the motivating factor today. It was less about image and more about how underground and respected you were and not selling out LOL.

Why did you think that Babe Ruth continues to generate such a devoted following?

That really is an enigma. The hip hop movement taking the Mexican to its heart may have had an influence but there are a lot of hardcore fans who love the individuality that is and has become the Babe Ruth sound. The piano and guitar harmonic runs which only Alan and Dave can accomplish coupled with blues bass, percussive Latin drums and my voice I guess.

Are there any memories from recording time and touring with Babe Ruth, which you’d like to share with us?

I remember Los Angeles a host of bands such as Led Zep, Babe Ruth, Jeff Beck plus others all staying at The Hyatt Hilton I think.... Absolute bedlam.  Picked up whispering Bob Harris staggering down the road in our limo and took him back to our hotel only to be rung and invited up to Jimmy Pages suite for champagne...Another mad moment Babe Ruth were playing Oklahoma festival  to 125,000 and we were helicoptered in and it was sooo hot I had to keep running into the shade when we were performing because the stage was roasting and I  performed barefoot...when we were recording First Base at Abbey Road Pink Floyd were in the other studio recording Dark Side of the Moon....  I went across as I had no idea who they were (just coming from California) and asked Dave Gilmour to come and help us out with a techie problem. I remember he was lovely and came round. The boys in the band were floored lmao.

Tell me a few things about your meet and the born of Babe Ruth, which memory makes you smile? 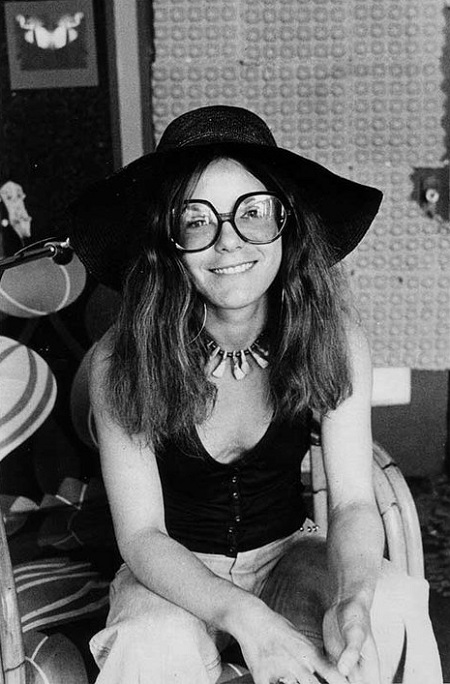 I had been in London about 6months building up confidence with singing. I had begun to answer adverts in the Melody Maker for bands looking for singers. I had nearly got the gig with March Hare. The next one was an EMI group looking for a singer. I rang the number and Dave Hewitt answered. While chatting I said I was four foot eleven and a half and played the congas (Hells Angels had taught me) and then Alan rung me later and arranged for them to come round my bedsit in Finchley, London. They all turned up includes Alan's girlfriend at the time (who constantly slept LOL) and Al played on my guitar and I kinda jammed. I was then invited to the audition at Manchester Square. There were 40 males and me... I remember wearing my pajama jacket at the time.  It was a playoff tween me and this singer from New York... I got the gig... It was a joke in the band that they offered it to me as they were embarrassed at the paltry wage they were offering... Hilarious

From the musical point of view what are the difference and similarity between the BLUES, and ROCK feeling?

Well the Blues always has a soulful twist and pretty much 4/4 beat pattern. Rock is similar but has a harder driving edge to guitars and drums.... The saying is a pounding beat.

How important was the role of the women in the case of music? What's the legacy of Memphis Minnie, Bessie Smith, Franklin, Janis, etc. at music todays?

These early women in music like Bessie etc. were the forefront of big voices ... Singers like Billie Holiday very influential also her range vocally was quite limited and light in approach  but it was what she did with it in the club that made her legend. Later Etta James, Aretha Franklin, the Gospel sound that gave way to the belters in rock music. It is always about emotion.

Of all the people you’ve meeting with, who do you admire the most and was the biggest experience?

Who do I admire? B. B. King was playing the last gig at Fillmore West in San Francisco ... He blew me away. I was influenced by the way he embraced his audience like they were his family it really struck home to me.  Also I have to say Tony Williams, one of the greatest jazz drummers of this century. I was going out with him prior to me leaving for London he gave me such sound advice about music. Always he told me to be true to myself. 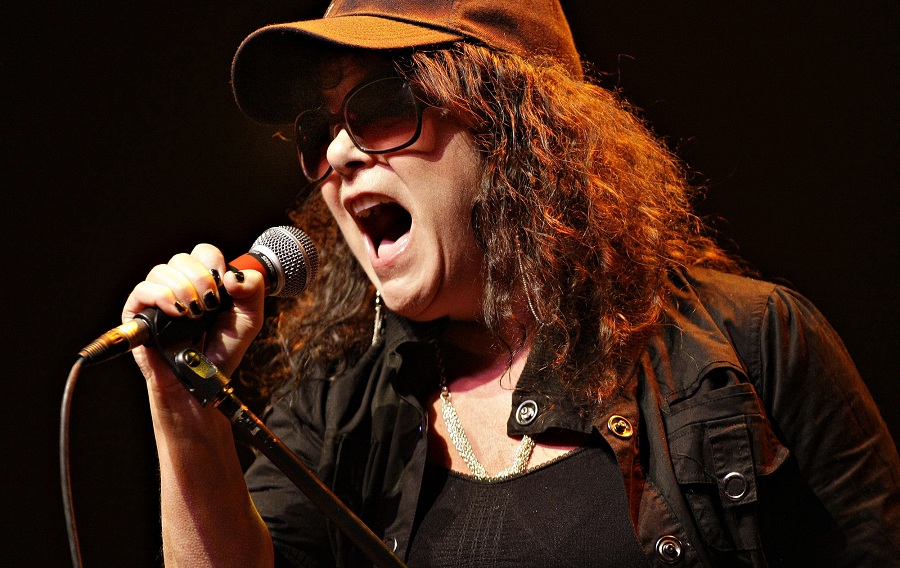 "To every tree there are many branches." Photo by Pascal Ratthé, Canada 2010

Some music styles can be fads but the Blues and Rock are always with us. Why do think that is?

It is the foundation the rock from everything is built on

When we talk about Blues Rock, we usually refer to memories and moments of the past. Do you believe in the existence of real Rock nowadays?

Of course!!  Everything moves and develops and grows. It's exciting.

No not really. To every tree there are many branches.

Collecting bluebells in the wood in Wales

You had pretty interesting Natural Perfume. Where did you get that idea?

Always I loved perfume that came from my mother who was one of the first air hostesses after the war. I love the perfume of a natural free from chemicals ....if it is well orchestrated the sillage and dry down is quite exquisite.

What is the perfume of Rock?

The perfume of rock? Oh it would have to have some umphy base notes with animal notes and woody notes…maybe a touch of vanilla sandalwood, guiaacwood, hieraceum well balanced with heart notes of from exotic flowers and top notes of sharp and fruity bergamot