An Interview with Joe Willy Band: Straight ahead classic and new age blues with a rough and raw edge

"That Blues be taught much more aggressively in our school system alongside folk and classical music as the defining style of music for our nation’s heritage."

Founded over 16 years ago in Winter Haven, Florida, "Joe Willy, Neckbone & The Fishheads" began as a group of three guys, Warren Gerland on bass, Brian Everhart on Drums and a lead guitar player named Wesley who is long gone. 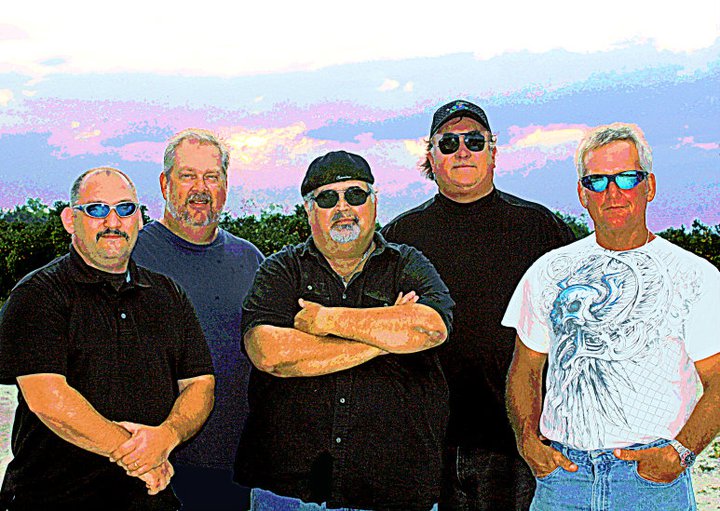 Brian, presents us the band: Our only goal was to play the blues, play them hard, and just do the material that appealed to us personally. Soon we added our old friend Chris Widner, now of the "Barely Metro" band in Lakeland, on rhythm guitar and vocals, and a young mustang on harmonica named BB who we forced into slave labor moving our equipment for months before we made him a legal member of the band. Ansel Buhrman came along somewhere in the 90’s as our lead guitar when Chris left us, and has become the key song writer along with BB for lyrics on our first CD "Hook, Line & Sinker". Ansel is now joined on guitar by "JD" Jones who played with "Air Margaritaville" for many years in Ohio. Our newest member, Scott Girard from Davenport fills the bass duties for the band. We play Blues, much of it taken from classic artists like Buddy Guy, Muddy Waters, Howlin' Wolf, BB King, the Allman Brothers and many more, and crank it up a bit with lots of hot sauce. We also like classic Rock from a wide variety of artists from the 60's to now. Everybody in the group sings, and we like to play loud and proud.

When was your first desire to become involved in the music & who were your first idols?
Brian: My first experience was the Beatles. I bought that first album, “Meet the Beatles” and lived with it! I formed my first band then at about 9 years old, with mostly play instruments playing on a stage to the record. Man, I was hooked.
Ansel: I played guitar from an early age, and all through middle school into high school. Some of my first idols were Kiss, Rush, Boston and all the great Nashville and California guys who played so fast and clean. Surf music and chicken picking had a powerful effect on me throughout my career. 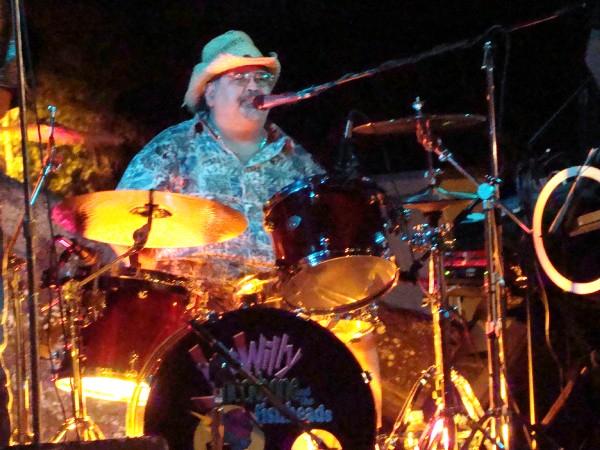 What was the first gig you ever went to & what were the first songs you learned?
Brian: My first gig was playing for kids at my Junior High in about 7th grade, playing songs like “The Letter” and Herb Alpert & the Tijuana Brass.
BB: Watching and then working with the James Peterson Blues Band in Central Florida when I was only in my twenties.

What made you fall in love with the blues music, what does the BLUES mean to you?
Brian: I had a friend in college that was my closest buddy, and he made the switch from Rock& Roll to Blues first and became an absolute devotee. He turned me on to all of the old Blues greats — Robert Johnson, Howlin’ Wolf, Muddy Waters, etc., long before I got into the guys who came later  like Page and Clapton from England, or Stevie Ray Vaughn, The Allman Brothers and ZZ Top. To me, the Blues is about the roots of nearly all American music today. It has a way of dealing with the world and people’s emotions in a very real and down to earth fashion. It is about the inner self, the relationships we have and lose, and the basic joy and pain of life as we know it.
BB: I found I could play the harp. It seemed like everyone else wante to play guitar or drums. Nobody wanted the harp, and it was damned hard to play at first. 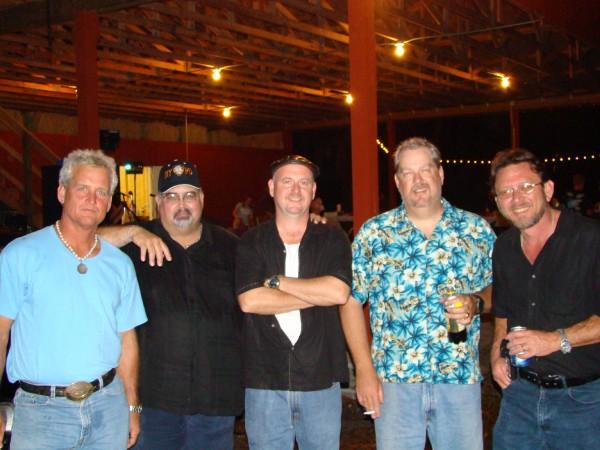 Which was the best moment of your career and which was the worst?
Brian: Too many best moments, but certainly playing for a lot of old friends at a recent High School Reunion with some of my old school mates, and hitting a very high level of capability and feeling that brought the house down. It is about the interaction with people. The worst? Many parties that I’ve played that the people there just sat around and watched with no reactions. A dull audience is really tough to perform for and play well.

Some music styles can be fads but the blues is always with us. Why do think that is?
Brian: Because it is the people’s music, and as authentic American an idiom as you can get. It is woven into the fabric of our everyday life just as much as our art.
Alan: Everybody has times when they can say, “I’ve got the Blues.” Ever hear anyone say, “Man, I sure feel the - (fill in with disco, rap, country, Hawaiin, Polka, etc) music today!” 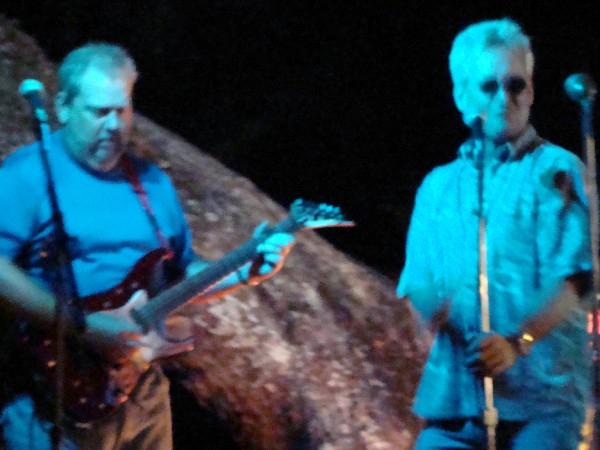 From whom have you have learned the most secrets about blues music?
Brian: From playing it with every other musician who reveres the blues. It is always about the actual making of the music for me, and the interaction with other artists.
Ansel: I learned a lot from our original bass player and founding member, Warren Paul. He is retired now, but when we first got together he was always schooling us on Blues history and different styles from Texas, the Delta and Chicago.

Tell me about the beginning of Joe Willy Band. How did you get together and where did it start?
Brian: I ran into two guys playing blues on bass and guitar with a beat box. I thought they were pretty good, but I couldn’t stand that beat box, so I dragged my drums in to their next gig and made them turn the beat box off. They never used it again!
Alan: In the scheme of things, I am the new kid on the block. I just joined these guys last fall, but I am already just loving the group. We meshed easily and have a really tight feeling when we play together. Learning new material and starting to write more of our own originals is very easy. What characterize the sound and the music philosophy of Joe Willy Band?
Brian: Straight ahead classic and new age blues with a rough and raw edge that we always try to inject some Joe Willy style into with the harp and our vocals.
BB: “Don’t be silly, rock with Joe Willy!” You heard it here first, and you can quote me on that.

Do you remember anything fanny or interesting from band’s gigs?
Brian: Yeah, we got invited to play “An Evening of the Blues” at a local Presbyterian Church one time, and they loved it! We had as big a response from that evening as from anywhere we played. And in the early days, before we let the guy who is now our harmonica player and lead singer out front join the band, we made him set up and tear down all the equipment for the first 30 days of gigs before we made him an official “Fishhead!”
BB: While on tour with a well known Bluesman from Central Florida, back in the day, we shared 2-3 people in a room. One night one of the guys was really drunk, and when he got up to relieve himself in the middle of the night, he was so confused he peed in the fron man’s fancy stage shoes! Needles to say, he was fired by the side of the road the following day, and very nearly came to bodily harm! 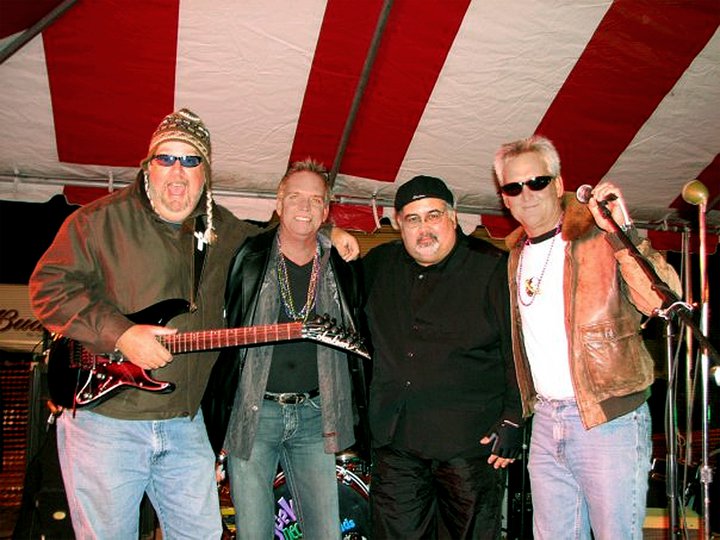 What are some of the most memorable gigs and jams you've had?
Alan: When I am back in my hometown of Chicago from time to time, I have had the great pleasure to sit in and jam with Buddy Guy at his club there. Nothing like the real thing!
Brian: We played for years as the Headliner at the local Lake Wales Mardi Gras Celebration here in Central Florida, and for a number of those years, Les Dudek would drop by and sit in doing hits from The Allman Brothers Band that he had played with and recorded on their Brothers & Sisters Album. We also got to play and open for his band and the Artimus Pyle Band (from Lynyrd Skynyrd) at an outdoor concert here in Central Florida years ago. 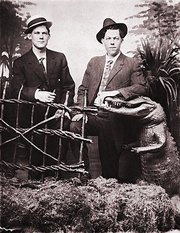 How you would spend a day with “Joe Willy” Paul & Wiley “Neckbone” Balboa?
Brian: Jamming and playing cards on the deck of the “Scarlet Woman.”  See the sage of Joe Willy  for details!  The full name of the Band is “Joe Willy, Neckbone and the Fishheads”, which we made up, of course, so I wrote a little story about where a band might have gotten a name like this. It is for the reader to decide how much is true, and how much is myth made up for the benefit of the Blues!
Ansel: I would want to write some original charts with these guys. Capture what they do live.

How do you see the future of blues music? Give one wish for the BLUES
Brian: The future of the blues is that it will become, along with country music and rock & roll, the single greatest contributer to music history and musical styles that define 20th century Americana. And my wish? That Blues be taught much more aggressively in our school system alongside folk and classical music as the defining style of music for our nation’s heritage. 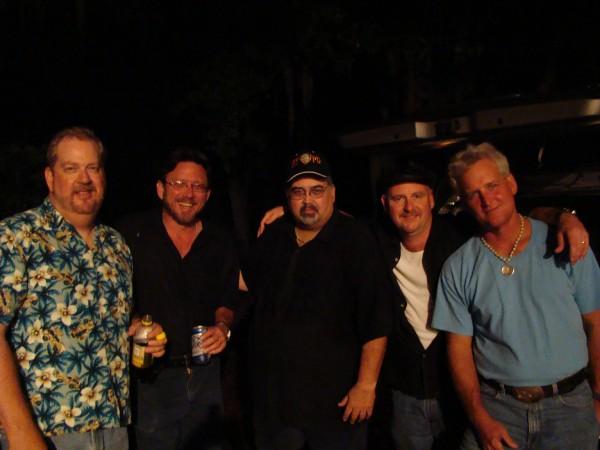 What is the “think” you miss most from the old days of blues?
Brian: Well, if I understand the question, back in the day, Blues was a very personal music. The stories it told, and the people who played it were regular people, not wealthy or powerful, just folks keeping their heads above water and often working against great odds. So I guess what I miss today is the passion and realism of many people I hear playing it today. They just know the chords and mouth the words, they haven’t lived the stories.

Are there any memories from “THE ROAD WITH THE BLUES”, which you’d like to share with us?
Brian: Playing on the road can be pretty all-consuming. You eat, sleep and play music and your instrument, so it is always about the next gig, rehearsal or jam session. This gives you a unique perspective that allows you to focus completely on the music. You can really put your whole persona into getting the creative juices flowing and shining up your chops to get better. It is a very powerful experience that I wouldn’t trade for anything, no matter how hard it was sometimes.
BB: Okay, I’ll admit it — the women. I love the women. All the women. I play for the women. 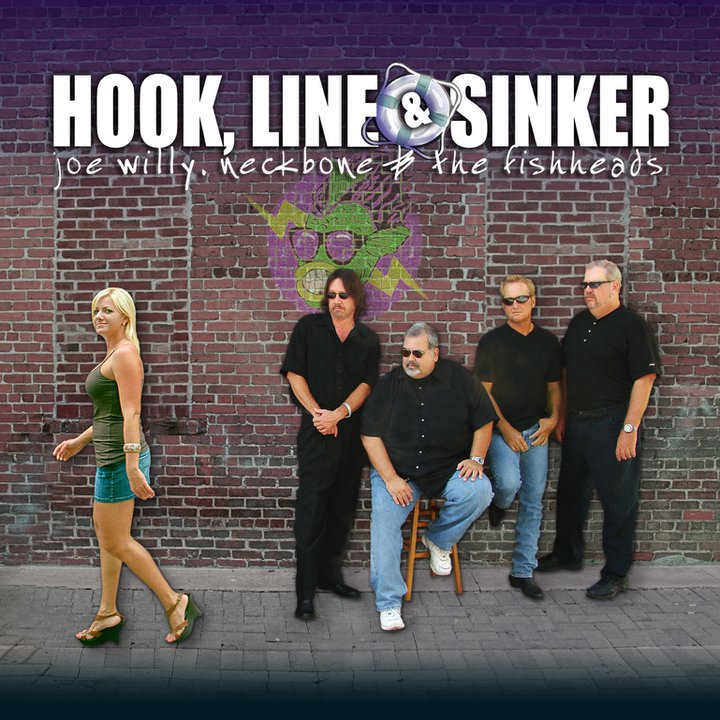