"Blues is about real people, real feelings, and it allows me to express myself artistically And to share that with other for their enjoyment."

After a two year break following the end of Sindacato, Carl Lo Sasso and former band-mate Frank Dean decided it was time to put the rock & roll shoes back on.
Lo Sasso had been performing with Maxx Avenue, but had been running into roadblocks with the personnel. Dean had been kicking back at his guitar shop in Franklin, Indiana and performing acoustic with bassist Floyd Tucker when the mood struck. But then he felt like it was getting time to consider committing to something. 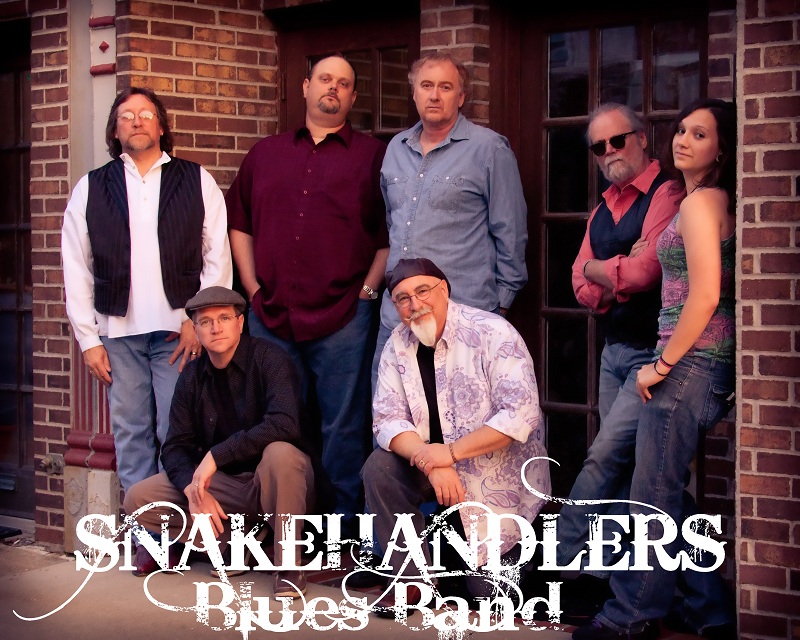 Carl Lo Sasso had been working with former Dog Talk founding member and vocalist Bob Schneider. Lo Sasso mentioned to Dean that they were disbanding their current group, but would be interested in working with him. Dean was open to the idea but only if it was an "art first" effort and if he could bring Tucker with him. Schneider would also play keyboards for the ensemble.
Then after years of prodding by Dean, harmonica player and vocalist "Cadillac" Scott Parkhurst put his X on the dotted line. The group of 5 were doing great, but still wanted to play more and do more with their sound. Slowly, they drew in Saxophonist Gary Woodworth and vocalist Rii Trittipo. At first, having them play only a few songs until they found theirselves permanently a part of the band. The Snakehandlers now had three powerhouse vocalists, a charismatic keyboardist, an aggressive harmonica player, a solid drummer, a thumpin' bassist, a tasteful guitarist, and a wailing saxophonist on board. they were off and running.
So there it is; 7 musicians with a mountain of experience and an undying love and appreciation for Rhythm, Blues, and Rock & Soul in search of those who love hearing it.

When was the first time you felt the need to play the blues?
Most of my influences had already begun before I even started playing. I grew up close to Cleveland Ohio so I was fortunate enough to hear Rock & Roll and Blues music on the radio. 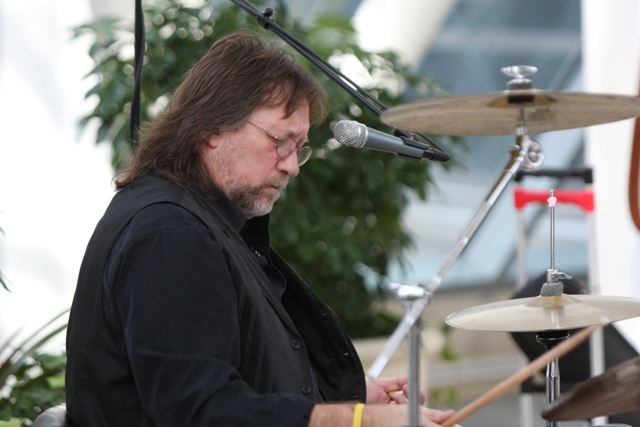 What are some of the most memorable gigs and jams you've had?
What was the most special performance? It had to be when The Snakehandlers were performing with Elwood Blues aka: Dan Aykroyd. Major concert venues like The Verizon Music Center in St. Louis, and here in Indianapolis. The Night before the Superbowl at The Slippery Noodle Inn here in Indianapolis, IN. The Palace Theater in Louisville, Kentucky & Key Palace Theatre Redkey, Indiana.

How did the blues music started revealing its secrets to you?
As I matured musically I started to understand more about the emotional aspects of music, especially the Blues.

What has the Blues offered you & why do you play the blues?
Blues is about real people, real feelings, and it allows me to express myself artistically And to share that with other for their enjoyment. How does music help re-discover yourself?
Blues is about real people, real feelings, and it allows me to share myself.

What experiences in your life make you a GOOD musician?
Watching and performing with other musicians.

What mistakes in the “blues business” would you wish to correct?
Expectations of music business professionals is not always what it seems or what you expect. I would be more earnest and cautious.

Tell me about the beginning of the band. How did you get together and where did it start?
The Snakehandlers Blues Band started well before we all got together. I had been playing in the Indy music scene with Frank Dean for many years in an American Roots band called Sindacato. After the final album Sindacato decided to disband for us to seek other interests. We are still very good friends. In the break I headed up two of my own Blues bands Stone Martin & MaxxAve. MaxxAve is where I met Bob Schnieder who eventually came with me when Frank Dean and Floyd Tucker were starting up a new venture, initially called Rocket 88’S. Scott Parkhurst and Gary Woodworth were also involved with that experiment. Through several iterations the band narrowed to the five piece with Frank Floyd Bob Myself and Scott. Gary would sit in on occasion. Then the band became The Snakehandlers Blues Band when it came time to begin work on the original material for the first album. We added guitarist Clint Crab to handle solo duties and there you have the original lineup. 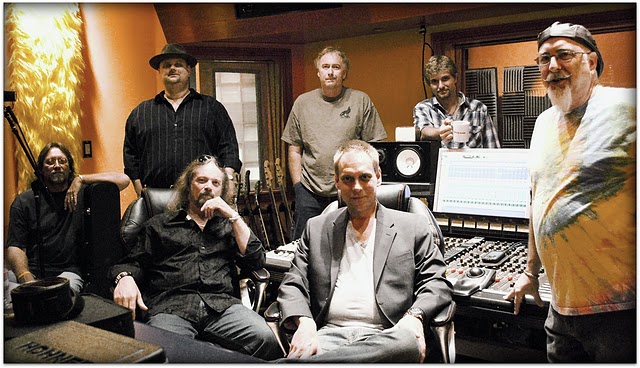 Why did you choose that name & what is the “philosophy” of the band?
Keith Richards mentioned in his book that there were plenty of great Rock bands but none that had “the roll”. Frank Dean decided to use that statement as the album title. The entire band decided as well to use that as our band philosophy. We wanted to create great Blues but with a swagger and enough energy that it would stir people to get up and shake their bums. Frank’s influences from West Virginia, and the religious cults that he had been aware of from that area of the US. Besides, it sounds cool!

Which was the best moment of your career and which was the worst?
Every time I hit the stage is my best moment. Many moments of discouragement, really not a worst moment, If I am performing I am satisfied, and I am still playing because I love it.

What was the last album you bought & what was the best blues album you ever had?
That’s a hard question; I buy a lot of records (CD’s). I believe it was Clapton or Government Mule?
Could have been one of the remastered Muddy Waters albums, or even Joss Stone? I do buy the entire album though, because I believe the entire work is important to understanding all the emotion that went into that project.

Some music styles can be fads but the blues is always with us. Why do think that is?
Once again, Blues is REAL.  It is about real people, real feelings, and everyone can relate to it. 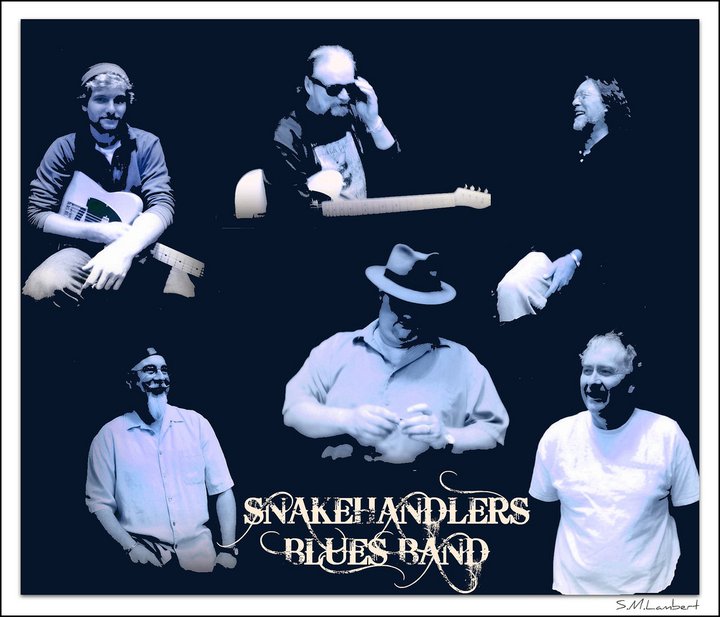 Which of the blues historical personalities would you like to meet?
I have had the wonderful opportunity to meet several, most notably was Mr. Buddy Guy, and Doc Watson.  Although Doc was more Country oriented, he was definitely Roots and Blues to me. I had the privilege to perform with both.

What is the usual funny story that you hear in bars?
The majority of bar owners are nice people, only kidding there are some that are exceptionally wonderful.

What is your secret dream of the music you play?
Opening for the last Rolling Stones concert, I hope we all didn’t miss that one. 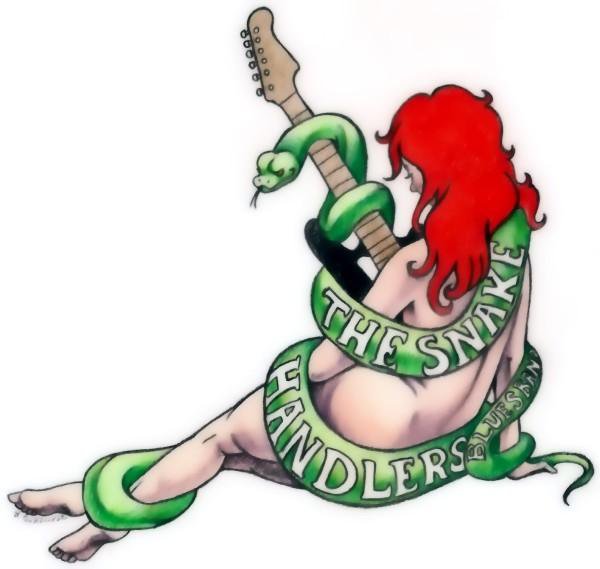