An Interview with New Yorker Will Hanza, blending of music, to a constant search for the profound

"I think much of the older music wasn’t so set on being commercialized as the stuff we are fed now."

Will Hanza is a gigging musician, band leader, composer, engineer and music director for theatre based in New York City. And much more: Electric and acoustic New York rock. Blending elements of psychedelic classic rock, world, alternative and modern music, as well as a constant search for the profound. 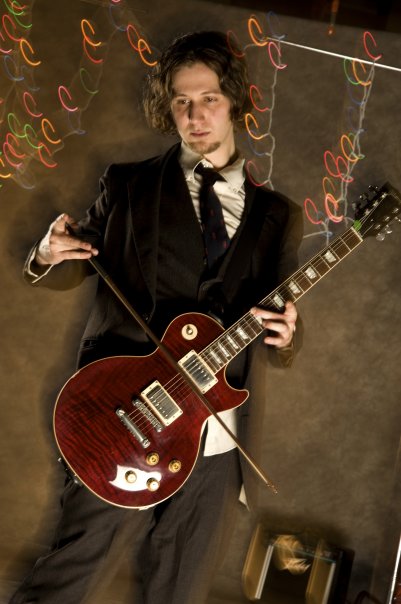 When was your first desire to become involved in and from whom have you have learned the secrets about music?
My father is a professional jazz and classical musician. I grew up in a house of music! While I had a few bumps in the road with my father, it can’t be denied that growing up in such a house influenced me greatly. My dad gave me a lot of “secrets” to being a good musician.

I used to go to my dad’s gigs as a kid. Not all of them, but the public ones. The first big live performance I ever saw Aerosmith, as a 13 year old. Around that time is when I picked up the guitar. I realized that I had a great opportunity to learn the instrument, given that my dad was who he was. I learned some pretty basic songs at first, but I especially remember learning “Walk This Way” (Aerosmith), “Stairway to Heaven” (Led Zep); “Purple Haze” (Hendrix) and “Love Song” (Tesla). I actually played “Love Song” with a band at an 8th Grade talent show in school around that time. My first “gig”. 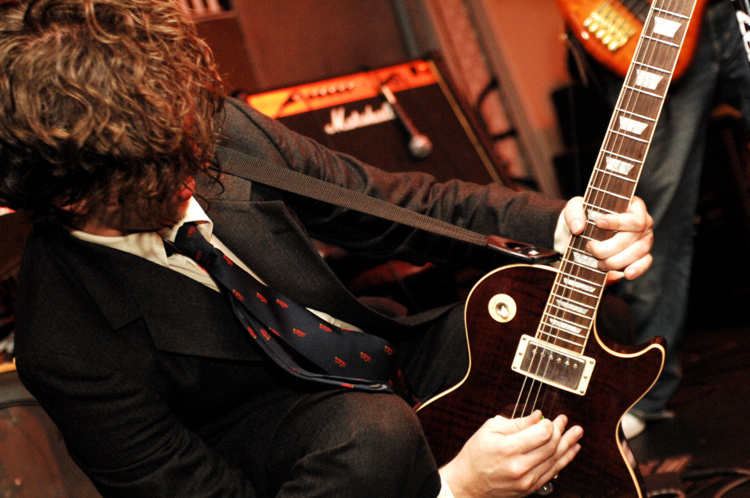 What do you learn about yourself from the music and what does mean to you?

Music is spirit to me. I found a lot of my own spirituality through music. The feelings I would get as I played... the more I gave myself over to the moment, the energy, the more I realized THAT was spirituality- right there.

How do you describe Will Hanza’s sound and progress, what characterize Will’s music philosophy?

I’ve gone from being a rock/blues guy to expanding out into funk, soul, jazz, Celtic, Indian raga, gypsy, bluegrass, etc. I try to draw from many sources as I’ve developed my own voice.

Which was the best moment of your career and which was the worst?
Best- well, there have been many great gigs, like opening for Bernie Williams at the Hammerstein Ballroom in NYC, or opening for Marc Ford (Black Crowes) at Tobacco Road in NYC... But the greatest moments are the ones where while playing, myself and the band are truly in the moment, jamming, transcending, and there is a shift... A very spiritual moment to me, where time and space dissolves and we just “are”... and music is coming out! … Worst? Well, just this past week, my car was broken into and my Les Paul guitar was stolen. This just happened! What an awful feeling... But I must say the outpouring of love from friends and family over the past couple of days has really helped.

What is the “feeling” you miss most nowadays from the music of past?
I think much of the older music wasn’t so set on being commercialized as the stuff we are fed now. 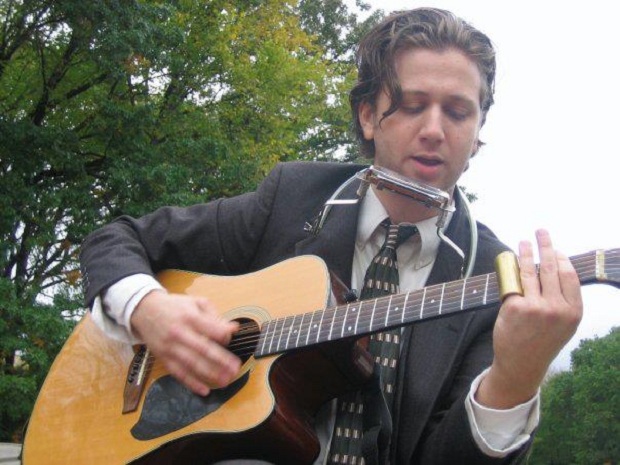 Why did you think that the Blues and Jazz continues to generate such a devoted following?
In regards to Blues, it is the foundation of both rock and jazz. It is also easy to learn the basic structure and therefore easy to jam with people you might have just met and never played with before. In regards to Jazz- some say it is dying. But it is alive and well in places like NYC, or New Orleans, where I just visited. It is the ultimate “jam” music. Improvisation. It’s exciting! What will happen next? People with talent taking risks and not just doing the motions.

Are there any memories from Marc Ford; Suzanne Vega; Patti Griffith; Richie Cannata and Bernie Williams?
I answered that somewhat in an earlier response, but getting to meet such folks is nice. Talented people who have had success can help give perspective and hope.

I had a great jam last week at a gig that was designed as an improve gig. Couple other cats I have been jamming with for fun, we figured; why not does a little show? Basically, we called out a key and went to work. It actually turned out pretty great. When I was younger, right out of college, I had a band of friends and we played 20 hours a week or so. We developed a great ability to work off each other and anticipate each other. To the point where you feel like one entity. Being able to do that taught me a lot that I use to this very day.

What is the best advice a musician ever gave you? 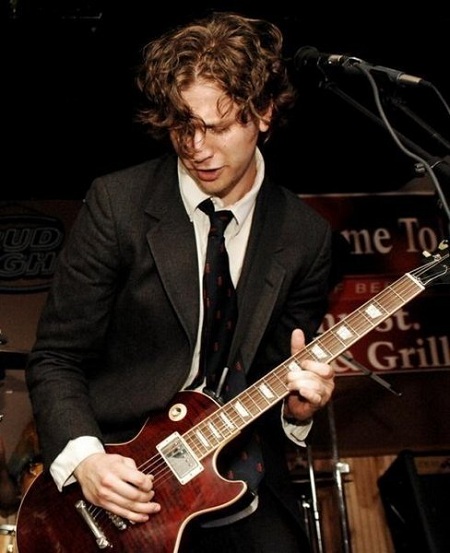 As stated above, blues brings us together because so many know it. We can jam without knowing the other person. This is how a lot of jams got together in NYC back in the day... Folks coming into NYC from New Orleans, Chicago, etc, could get together and “just play the blues, man”. That included jazz-blues. Of course, the other aspect is that it is truly a canvas for emotion. Knowing the structure so well I can really just dig into the notes a play. Something usually overtakes me during a solo, and energy I commune with. The cry of both despair and hope all at once...

What experiences in life make someone a GOOD musician and songwriter?
Tough one. It’s got to be unique to each individual. Broadly, I’d say being as open as possible to the energies of the universe is necessary. But also, not just playing music, but experiencing life- exploring the world, makes any artist better

How/where do you get inspiration for your songs & who were your mentors in songwriting?
Inspiration comes from me listening. Either to the universe and/or to folks I am jamming with. Often, the songs come organically... losing myself or ourselves in a jam, in the moment. Recording everything and then going back and realizing what moments were the most exciting/successful... then maturing that into song structure.
As far as mentors... too many to list! Anything that has ever moved me has had a hand in mentoring me.

Make an account for the case of the music in New York.
New York is an enigma at times. It’s sometimes hard to get noticed in a city this big with so many acts here. Yet it is also easier to meet industry people than if I were a big fish in a small pond, somewhere else. Thing is, I grew up here and the city speaks to me like no other. I’d have a hard time living anywhere else, though I enjoy traveling as much as possible- this is my home base. My biggest grudge with the city is that there aren’t enough clubs that don’t charge a cover. One of the best ways to create and maintain a music scene is to make it as accessible as possible. Places like New Orleans do this, people can come into a bar with no cover, and if they like the music, they stay. In NYC, you have to pay $10 just to get in the door, so why spend money on an unknown? 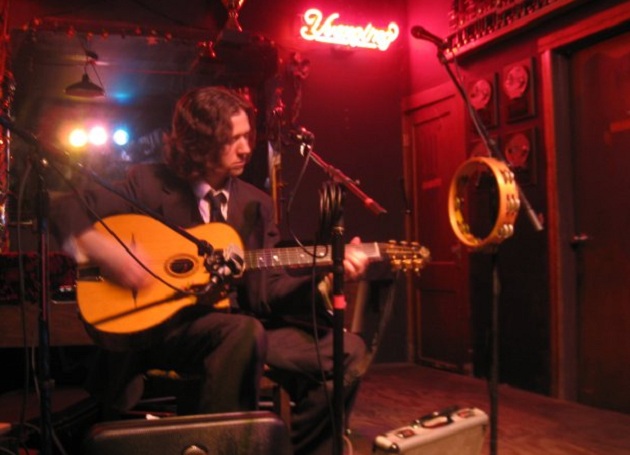 What characterize the sound of “Big Apple”?

There is no one sound to the city, just as there is no one type of person. NYC is where Jazz became famous, perhaps, though obviously the birthplace of jazz was more in New Orleans. But some of the greatest jazz can be seen in NYC nightly. But of course, there is everything from a Lincoln Center classical or Opera show to the many downtown rock shows that go on. That is part of the beauty of NYC. Diversity in music, people... food, too!

Happiness is a warm gun? Just kidding, but had to give the nod to The Beatles. Besides music, my free time is filled with things like foodie stuff- trying out all sorts of foods, which includes cooking, as well. I love to cook, especially for friends and family. Friends and family also take up my free time. It’s so important to have a strong circle of people. Having gone through the robbery of my guitar this week only emphasized that point to me. Happiness is being able to play as much music as possible for as many people as possible, as well as doing the above described activities. I also love the mountains- hiking, camping, etc.

What advice would you give to aspiring musicians thinking of pursuing a career in the craft?
Find your own voice. Listen. Care a LOT.

How you would spend a day with Floyds?
Trying to get Pink Floyd back together again! Or a jam. RIP Rick Wright, though.

What would you say to Leadbelly?
Oh gosh, tough one. I would be curious about how they felt their own spirituality affected their music.

What would you like to ask Django?
Can you please teach me?! 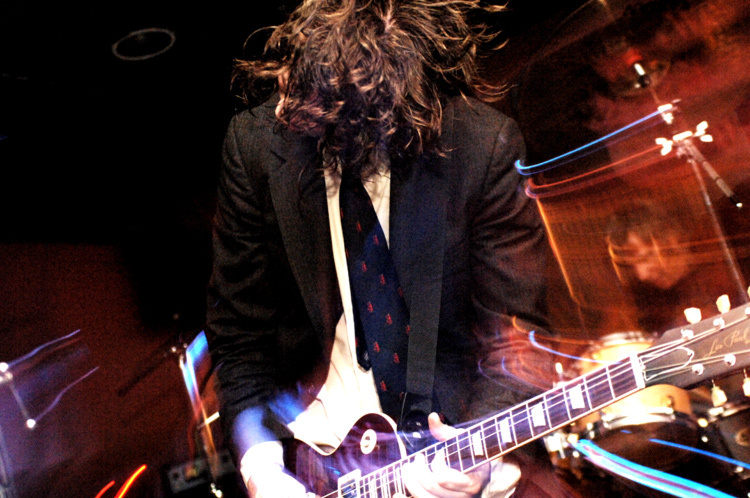