An Interview with one-man-band Fabien "I AM A BAND" Bréart: “Do it yourself” and “amateurism”

"Choose rightly the people that surround you, and when it’s done, take care of them

Fabien Bréart: I AM A BAND

Bassist and guitarist of several garage bands like The Lost communists, Fabien "Johnny Flash" Bréart created I Am a Band as a new kind of one-man- band, with influences from "traditionnal"garage blues performers as Hasil Adkins, but also from country, folk and soul music. 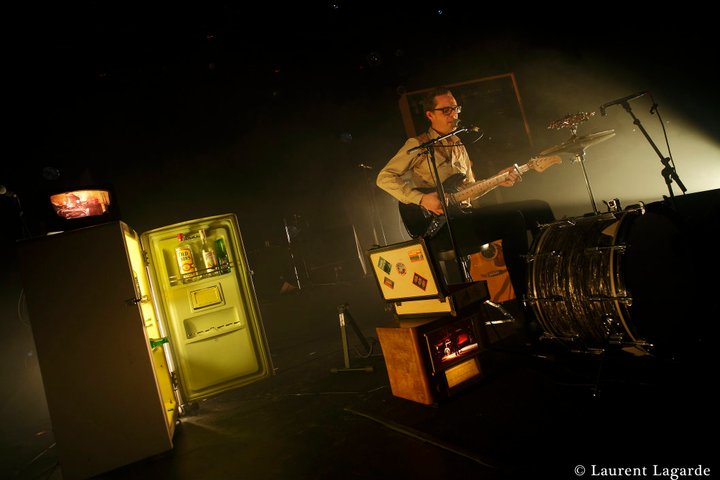 Played without any machin or sample, his songs aim to share through his soulful voice an emotionnal tension, crooning like he were on the razor's edge less. Highly recommanded to every fans of Reigning Sound, Johnny Cash, Roy Orbison, Townes Van Zandt...his first album like "I AM A BAND" released from Beast Records.

What made you fall in love to the “one man band” style?
I went to a show of Scott H Biram in Limoges, where I live in France, 6 years ago, and I really liked his songs, his sound and his personality. He can play some rawing punk blues stuff and 2 seconds after, he ‘ll make you cry in your beer with a heartbreaking song.  But it’s not a format that I like particularly.

I decided to make a one-man-band because I was fed up with making some compromises in my bands and I wanted to decide everything for once. It’s a mix of desire and necessity.

You had pretty interesting project I AM A BAND where did you get that idea? How do you describe Johnny Flash’s music?
Some of these projects stopped last year. So, I focused on my own and lonely project. I consider that I explore differents kinds of American popular music through these projects. But with I Am a band, I wanted to sing and to decide 100 % of what I wanted to do. I never did that before. Moreover, the songs I was writing didn’t really correspond to the style of the other projects, even if sometimes, it did. I‘m creating my own universe since. But without this experience in those bands, I couldn’t do that. What does the BLUES mean to you & what does music offered you?
It‘s difficult to say. It means a kind of lyricism, a harmony of desperate themes, distorted sounds, dancing or languorous beats. I think the Blues has to be “declaptonised”, as a Swiss blues band says, “Hell’s Kitchen”, in order to get rid off the “music for musicians” aspect that usually puts forward the technique at the expense of the feeling. I falled in love young with the sound of a guitar in a good old tube amp. And what else can you play with that?
It also offered me self-confidence, I guess. But I’m not focused especially on Blues music, my music reflects my interest in country, folk, soul, R’B, rock ’n roll, etc, which are different aspects of the same blues heritage. Some people call that “Americana”

How would you describe your contact to people when you are on stage?
I try to distill a good atmosphere and an authentic approach by combining some intense cool songs and crazy ones in my set

Which was the best moment of your career and which was the worst?
I think the best moment was when my friends and I recorded the album of the The Lost Communists, our band’s name, with the producer and musician Matt Verta Ray, of Speedball Baby and Heavy Trash. The worst was maybe when we separated. 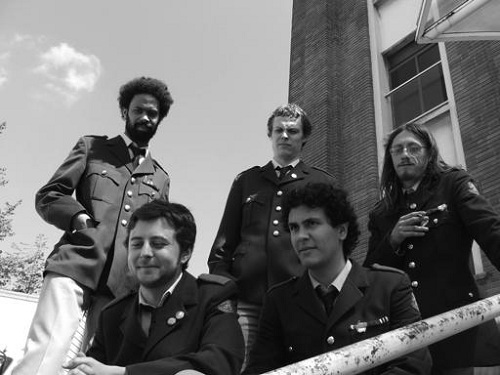 Are there any memories from the road, which you’d like to share with us?
Ouh! There’s a lot of good memories and big parties we made on the road. The most important one may be when we (the lost communists) played for the first time in Perpignan. We did a gigantic fiesta, during 3 days and we met fantastic people there, Nadège for example who encouraged me to develop my solo project, then recorded my album and organized my first show.

How do you characterize your music philosophy?
“Do it yourself” and “amateurism”. Even if you’re professional, you need to keep a sincere state of mind to avoid the routine and the technical trap. The doubt makes you improve.

Cool nickname "Johnny Flash" / I Am A Band. How did you come up with it?
Johnny Flash is a nickname that a friend gave me when I was in my “Cashmania” period, about 8, 10 years ago. I was discovering country music. Some of my friends called me like that for joking. I chose “I Am a Band” because I wanted a concept instead of a real name. Nobody has the chance of being called “Johnny Cash” .

Some music styles can be fads but the blues & rock n’ roll is always with us.  Why do think that is?
Because these kinds of music speak directly and truly to the heart and the guts of everybody. If you are really interested in what an artist has to say, you can’t ignore this music that can make you cry and dance crazily in the same time. What are some of the most memorable gigs and jams you've had?
With The Lost Communists, we shared the stage with some of the best American and Europeans  bands. I remember once we played before MC5 and Liza Kekaula (the Bellerays) and they told us after that we were a “fucking good band”. It made me happy. As I Am a Band, I played in Limoges with the Movie Star Junkies, one of my favorite bands, also with CW Stoneking. I will play in September with Woven Hand, in Rouen, it‘s a great opportunity.

From whom have you have learned the most secrets about blues music?
From some of my close friends, not necessarily some musiciens; from records of course and from life. When I was younger, I had nothing especially to tell. But I kept on playing blues, country, then I wrote and sung my songs when I felt I have something to say.

Where do you get inspiration for your songs, what musicians have influenced you most as a songwriter?
Music is always on my mind. Sometimes I stop while I’m doing something and I wonder if what I’m singing in my head is good and original enough to make a song. Sometimes I’m playing my guitar and a good idea appears. It comes from movies also sometimes. For example, the movie “Dead man walking” with Sean Penn, directed by Tim Robbins, inspired me the song “Behind Bars”. There are no rules. My favorite songwriters are Bob Dylan, Ray Charles, Neil Young, Keith and Mick, for the classic ones, Dan Auerbach (Black Keys), Greg Cartwright (Reigning Sound, Oblivians), Jeff Tweedy (Wilco), David Eugene Edwards (16 Horse Power, Woven Hands), Howe Gelb and Giant Sand, Jeffrey Lee Pierce, Leon Payne, Leiber and Stoller… 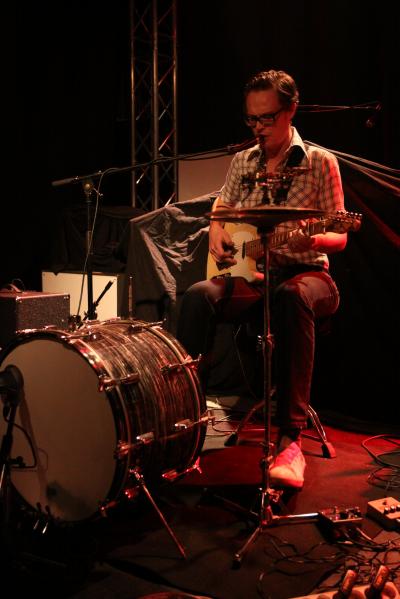 What do you think is the main characteristic of your personality that made you ONE MAN BAND?
I think shyness forced me to get on stage when I was a teenager, and to sing alone, later. And now, I’m not shy anymore. It’s a kind of therapy.

What advice would you give to aspiring musicians thinking of pursuing a career in the craft?
Choose rightly the people that surround you, and when it’s done, take care of them.

What are your plans for the future, where do you see yourself in ten years?
I would like to keep on recording good records on good labels and touring in foreign countries, USA, GB, Australia, Germany, Greece (of course)…

What turns you on? Happiness is…… a fight

Which of historical personalities would you like to meet?
Famous musicians as Johnny Cash and Bo Diddley, Ray Charles but they are dead, Neil Young, Bob Dylan, great producers too. Maybe Charlie Chaplin, Jean Jaurès and some of the French resistance of the Second World War. But historical and political personalities are often ambiguous, as Martin Luther King was because of his tumultuous privacy. I think that we have to be wary with the linear historical narratives.

What is the “feel” you miss most nowadays from the Dr Ross, Jesse Fuller, and  Joe Hill Louis blues?
I regret that nowadays popular music is no longer synonymous with quality and that the musical industry and the cultural institutions are often owned by incompetent and ignorant people who earn money thanks to musicians who find difficulties to live of their art.

Fabien Bréart - I AM A BAND