An Interview with Pete Farmer, multitalent musician & craftsman of foot drums: No gimmicks, no fake sounds

"It is nice to have a blues song come through me, rather than holding up inside and poisoning my emotions."

Pete Farmer: Keep Up the Beat

Who is Pete Farmer?

I first learned to play music and as a trumpet player in elementary school.  My feet were engaged early on by my band teacher's insistence to "keep that time and tap that foot to the beat!" For that, I give thanks to Mrs. McCune and Mr. Cory.  It wasn't until much later that I saved up enough cash to buy an old classical guitar from a pawn shop and enter into the world of what some call "the one man band". 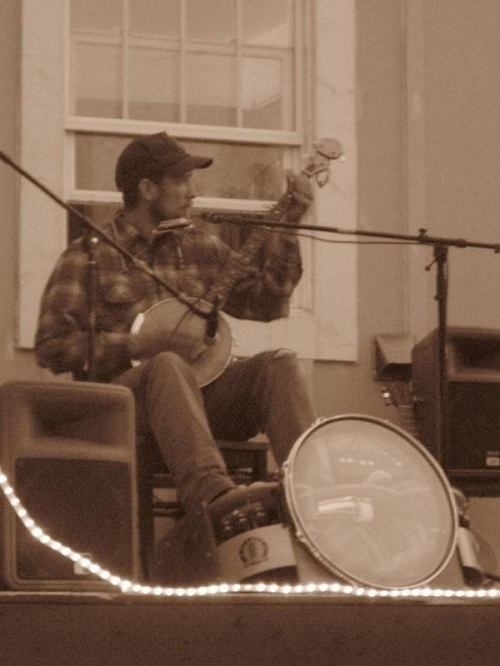 Pete, when was your first desire to become involved in the blues & who were your first idols?
I have always liked the blues in whatever form it took, whether that was Bonnie Raitt, Jimi Hendrix, or John Lee Hooker’s take on it, but it was Mississippi Fred McDowell that grabbed my heart.  That was at age 19.

What was the first gig you ever went to & what were the first songs you learned?
The first blues gig that I was probably really aware of was Catfish Stephenson.  A street performer who I tried to watch play whenever he was out playing on the streets of Madison Wisconsin.  I have never really learned a song in my life.  I like to try and emulate a little of what I learn here and there, but I play what I want as the feeling grabs me.  I have my habits, but no real songs structures.  It is really freeing, and it always honest music.

What does the BLUES mean to you & what does Blues offered you?
At times it can just be another scale I have come to learn, other times, it can tell my emotions through song.   It is nice to have a blues song come through me, rather than holding up inside and poisoning my emotions.

What made you fall in love to the “one man band” style?
It is hard to try and get along with people musically sometimes and that is where I started to dabble in doing the drums myself..  I think there is a shit ton of solo musicians out there that just need to be on either own to make it work fro themselves musically.  And take note, I don’t consider myself a one man band.  I create as much sound as I can and that is that.  I feel I am no different than a guitarist using all of the strings and frets on a guitar or a Bob Dylan with a harp rack.  These Foot Drums are not a gimmick or an act, there are the real deal. How do you describe Pete Farmer’s music?
I am addicted to playing the Foot Drums because it allows me to express ALL of myself musically.  Like John Lee Hooker once said, it is nice to get away from the band and just play what you feel.  My music takes that felling and floats high and wide like a mighty river that has to find the ocean any way it can.

Which was the best moment of your career and which was the worst?
The best has to be that moment you enter a state of being where you are completely in the groove.  Your feet, hands, and voice are all connected and there is nothing but the present.  It is pure ecstasy.  The worst thing that can happen is to have that feeling come crashing down because of a broken piece of equipment, especially when you have a100 people staring at you and have to stop their trance like dancing.

What experiences in your life make you a GOOD musician?
Give up trying to learn it ALL or memorize your song structures.  Just go with the flow and let your feelings take over if they have to.

What are some of the most memorable gigs and jams you've had?
I have had some great moments playing for nothing on the street.  The best compliment I have ever received was a homeless man who had been asking for spare change, give me what he had in his pocket as a thank you for the songs he was hearing from me. 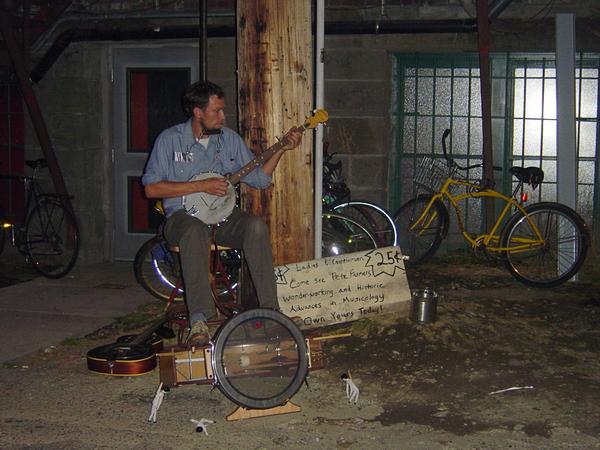 Tell me about the beginning of Farmer Musical Instrument Co., how did this idea come about?
It started out when I was in the wood shed making a guitar or something stringed, and then hearing his foot tappin just keeping the pulse of the music.  From that moment on, I couldn’t play music unless I had some sort of beat with it!  To me it is essential.

What characterize the sound of foot drums?
A full-bodied drum kit.  No gimmicks, no fake sounds, and no amplification.

What are the secrets of foot drums?

The touch of the pedals is refined enough to play feather light sounds, but built enough to kick the hell out of it and still give back a great sound.

Was there anyone to introduce you to this particular kind of profession?

My father was kind enough to give me free reign in a small wood shop of his.  It allowed me the comfort to go ahead and create things with what seemed like dangerous tools.  Other than that, I learned how to make my Foot Drum creations with my imagination and ear as my guide. 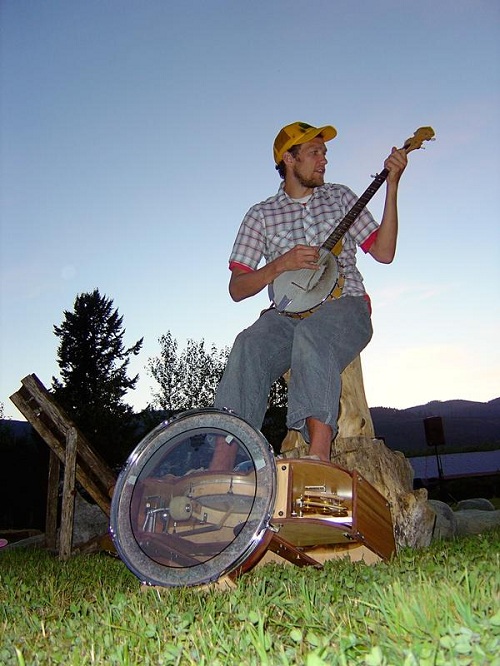 How much time do you spend on an instrument?
I spend a good week or so on some aspects of building a few drums at a time.  But since I am always learning how to build them and make them better, it will always take longer than I plan.

How difficult is the construction of an instrument?

VERY hard work, because it is all new designs with no help from previous generation of music builders.

To which bluesman do you want to send one from your foot drum?
I would LOVE for someone like a Keb Mo’ or Dan Auerbach to play one and see what they think.  Once you try one, you kind of fall in love with the idea of having a drummer that is always playing at your pace.

What would you ask Jesse Fuller?
How the hell did you get the kazoo to sound as good as you do in your songs?! 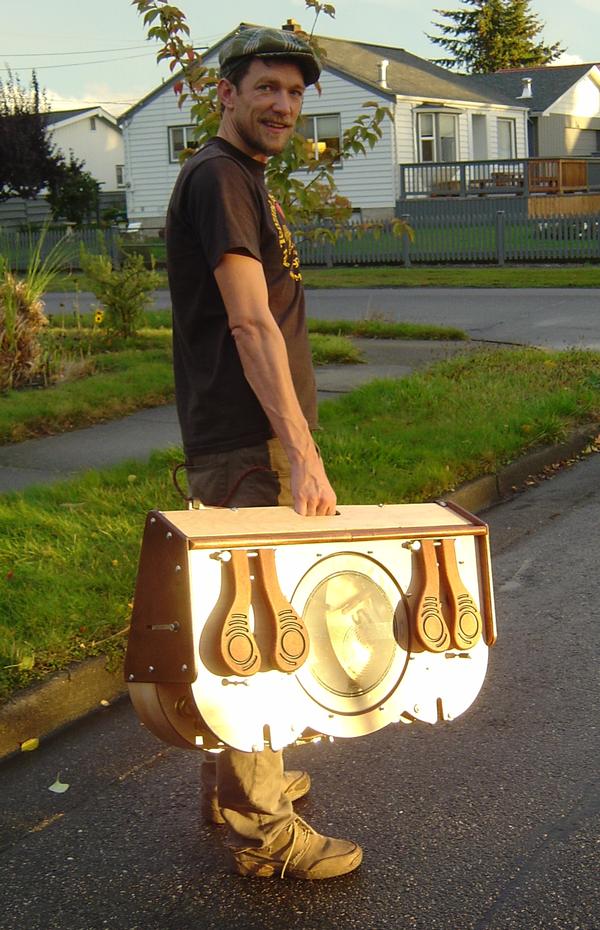