An Interview with Pittsburgh blues guitarist Jimmy Adler: Listening to blues is a spiritual experience.

"Blues music expresses the emotions of the human condition and makes one feel good."

Jimmy Adler is a live-wire entertainer who packs passion and energy into every performance!  His music is a blend of Chicago Blues and West Coast Jazzy Jump.  His passionate, powerful vocals compliment his spirited playing.

The Jimmy Adler Band plays regularly at a multitude of clubs throughout Western Pennsylvania. The band has also performed at a variety of outdoor festivals. Whether he performs as a trio or includes the addition of barrelhouse piano, honking saxophone, or harmonica the Jimmy Adler Band channels the essence of the blues with Jimmy’s clean fat guitar tones always in the forefront.  Jimmy Adler always delivers great performances in a professional manner!  He is a great entertainer and easy to work with. 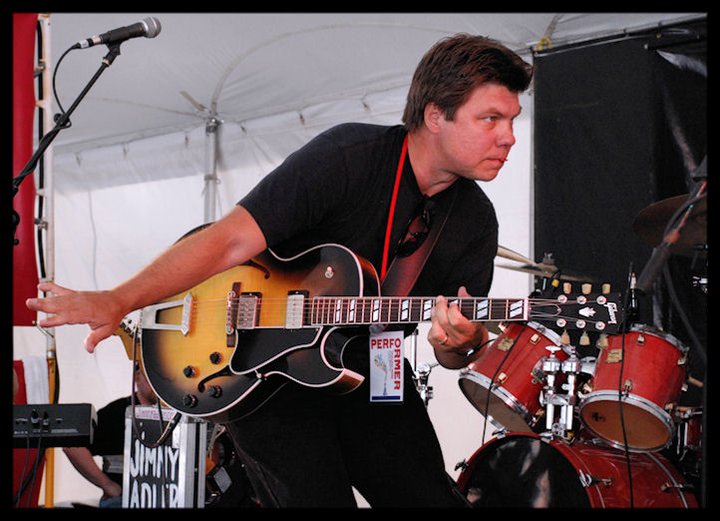 Jimmy’s talents have also been recognized outside of the area where he has played on stages in California, Chicago and Mississippi and has had radio airplay throughout the United States, as well as in Belgium, France and other parts of Europe.

Jimmy’s prowess on the guitar has also afforded him the honor of playing his guitar side by side and trading licks with national touring artists Tommy Castro, Ronnie Baker Brooks, Hubert Sumlin, Eric Lindell, Watermelon Slim, Willie Big Eyes Smith, Magic Dick (of J Geils fame) and other respected and legendary blues musicians.

When was your first desire to become involved in the blues, who were your first idols & what does Blues offered?

Hearing B.B. King’s live recording of “How Blue Can You Get?” was explosive.  I played that record over and over again. 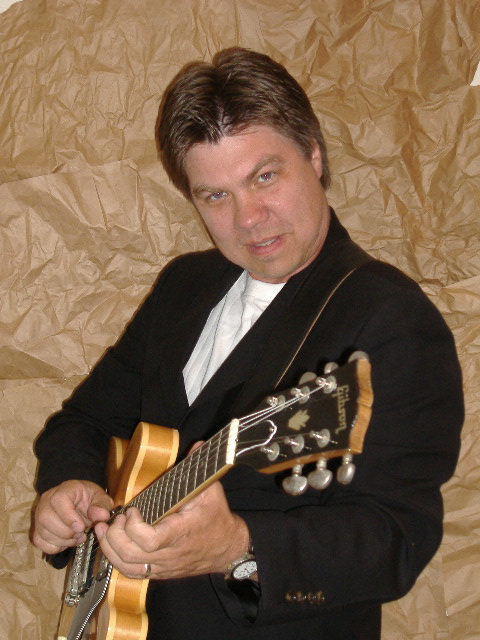 Listening to blues is a spiritual experience.  Blues music expresses the emotions of the human condition and makes one feel good.  When I play blues I am always reaching for that special feel good place.

I try to play well enough for the audience to be able to get some of those good feelings through the music.  I am a bit of an animated player but it’s only because I am physically reaching for that special place through the playing of my guitar.

I am first and foremost a guitar player so I am most appreciative when someone comments on how well they like my singing voice.

I suppose the most interesting period would be the here and now.

The more one listens to the art form the more one is able to attempt to emulate the sound and capture the essence or spirit of the muse.

B.B. King is truly the king of the blues.  When you consider all he has done for the blues, it is just immeasurable and will have ripple effects for all of eternity. 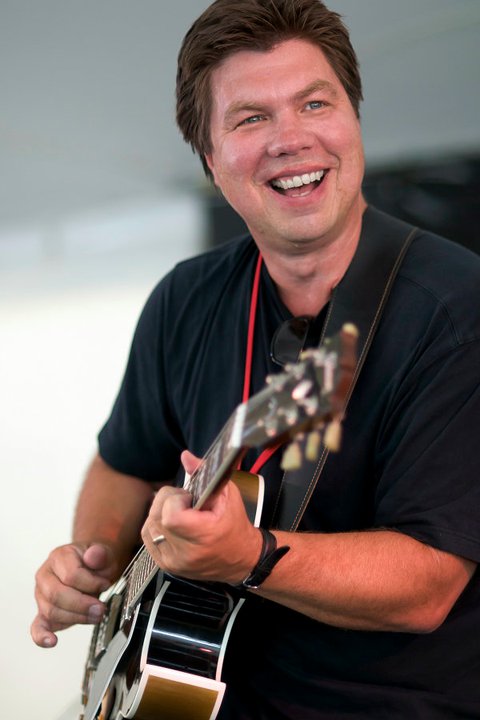 Where did you pick up your guitar style & what were the first songs you learned? What were your favorite guitars?

Like many of my generation, I learned by Rolling Stones records.  The Keith Richard’s guitar solo on “Sympathy for the Devil” on the “Ya Yas” record is the first solo I learned by putting the needle on the record over and over again.  Yet some of my earliest memories were playing along to the records of Jimmy Reed and Elmore James.  I enjoyed Jimmy Reed because it was slow enough for me to follow and Elmore because it was that open tuned slide guitar sound.  Yet B.B. King was always the most explosive sound.

What characterize the sound of Jimmy Adler?

I eventually got serious about the west coast sound that is derived from T-Bone Walker and I was blown away by the prowess of Little Charlie Baty who took that playing to a whole other level.  The Jimmy Adler sound is a combination of all that I have absorbed over the years.  Plus, I usually play without a pick and that gives a very distinctive tone to the guitar.

I’m not so sure that I’ve learned any secrets.  Having your guitar in a particular open tuning will make it easier to emulate certain slide styles.  Studying with jazz great Jimmy Ponder was priceless.

What are some of the most memorable tales with Magic Dick? How do you describe him.

Magic Dick: a regular guy with a powerful and influential song.  I met him at a festival in Wheeling and had the opportunity to play with him at a late night jam.  Later that year, he was part of Tommy Castro’s Blues Review and I was selected by our local blues society to play a 30 minute set with the band where he remembered me from hanging out at Wheeling. 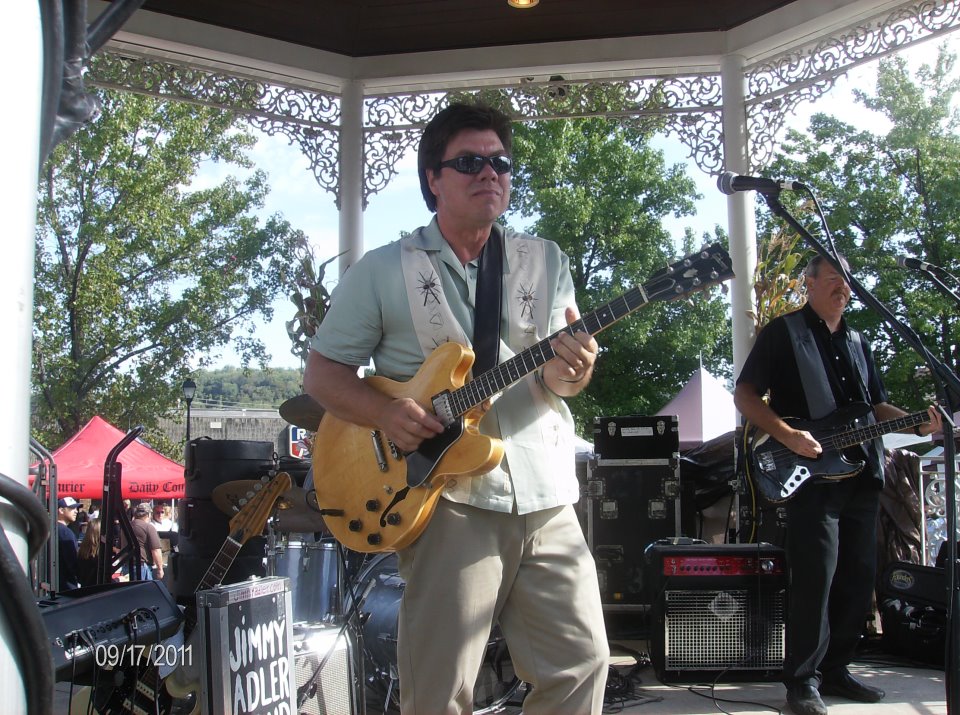 What's been their experience with Willie Big Eyes Smith?

I was performing at the Pittsburgh Blues Festival on the same stage and went back stage to hang with Hubert Sumlin.  Later that evening, we invited the band to come to Moondog’s for a late night jam.  I had the opportunity to play several songs with both Hubert and Willie who was blowing harp and singing.  I met him other times when he came to town and he just always seemed like a genuinely nice, down to earth person.

Are there any memories from Tommy Castro & Ronnie Baker Brooks, which you’d like to share with us?

When I had the opportunity to play the 30 minute set with the band, Ronnie was cool enough to have a little call and response segment between his guitar and mine.  It was a real highlight.  He could have slayed me with his chops instead he allowed me to shine as we went toe to toe on our guitars.  He was also a very cool down to earth guy to talk to.   Castro has often handed me his guitar during the last song of his shows at Moondog’s.  I was honored to be able to open the show for him back in late 2011. 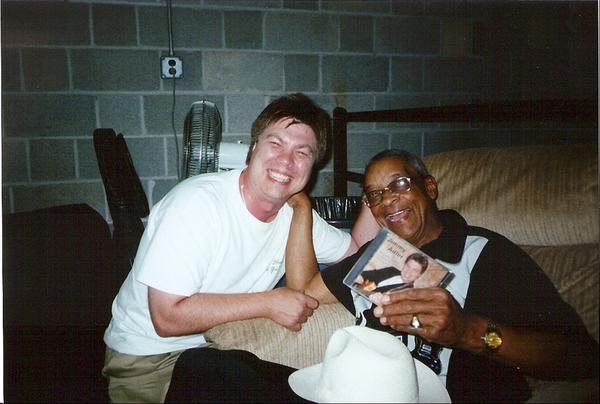 I met Hubert at a festival and then I played a festival before his band and got to hang with him backstage.  We played at a club that night and I met him several times there after.  I drove him to the airport one morning after he played Moondog’s with the Nighthawks.  I believe that he was genuinely nice to everyone he met.  He was kind, enthusiastic, funny, and just a great person to talk to.

Memorable gigs were the times when I had the opportunity to play alongside people like Hubert, Willie Big Eyes, Eric Lindell, Tommy Castro, and many other great artists.

The blues is the truth.  It is pure and honest.  I wish that it will last forevermore.

Is there any similarity between the blues today and the old days?

The blues has always had many flavors.  I especially like guitars that are plugged straight into a Tube Amplifier without any effects.  One should be able to play the blues on an acoustic guitar and still capture the essence and purity of the spirit. Practice everyday and keep listening to the sounds that inspire you.  Listening is as important as playing.  It is also important to a live show and see as many performers as you can.

Would you mind telling me your most vivid memory from “THE ROAD FOR THE BLUES?

My return trip to a festival in Johnstown, PA where the tent was filled with people who were appreciative of the music.  It was a large crowd with great support.

How you would spend a day with the Four Kings: B.B., Freddy, Albert & Earl King)?

I would thank B.B. for paving the way and teaching everyone how to act in a dignified manner both on and off the stage; I would love to pick Freddie’s brain about all of those great original instrumental compositions where he created timeless melodies and beautiful tension; I’d like to watch Albert bend the string down to just the right tone; I’d like to listen to Earl King’s stories about New Orleans and the “Big Chief.” 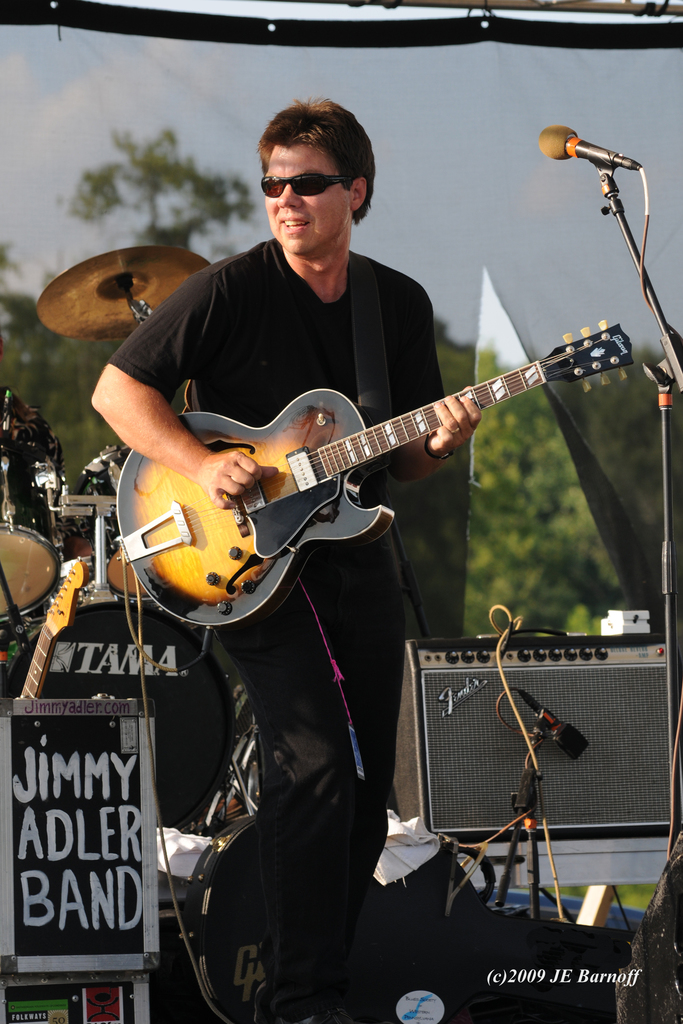