An Interview with Ravi Khanolkar, a blues DJ from India: I’ve grown emotionally by listening to music.

"The Blues to many is sad, painful etc., but to me it’s a release from all that pain. At the end of a song I feel elated, and energetic."

An Interview with Ravi Khanolkar, a blues DJ from India, host of The Blue Room, the only exclusive Blues radio show in India. Ravi is a freelance radio jockey specializing in Classic Rock and Blues. Currently broadcasting on WorldSpace Satellite Radio and doing a show in both genres. Have also done sponsored shows on A.I.R. Rainbow F.M. 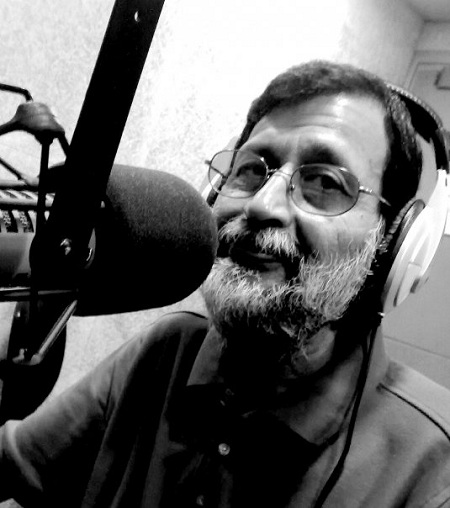 Ravi, when was your first desire to become involved in the music & who were your first idols?
I was nine years old when I wanted to become a radio jockey! The Beatles or the Stones hadn’t yet arrived. I didn’t know how to tune a radio; I would keep turning the dials and hope to hit a station that would play music...

How do you characterize the philosophy of your radio show?
A little difficult to define. I was in my early teens when the British boom hit the scene. I got caught up with the spirit of the 60’s and really vibed with all the great music of the times. Every time I do a show I hope listeners would feel at least a small percentage of what I felt all those decades ago.

Tell me about the beginning of your show. How did you get start?
I was into business for a couple of decades until the bad times hit. My first love was and has always been music. I was thrilled when I was offered a slot to play the Blues. It was the first dedicated Blues show in the country and I was happy to be a part of it!

Which was the best moment of your career and which was the worst?
I can’t’ recall a single “worst moment”! Every show was special. I would play the music I loved and share it with my listeners who I’m told enjoyed it too.

What does the BLUES mean to you & what does music offered you?
The Blues to many is sad, painful etc., but to me it’s a release from all that pain. At the end of a song I feel elated, and energetic. What do you learn about yourself from the blues music?
I’ve grown emotionally by listening to music. When I vibe with the music I go hey that’s the way I feel!

Do you remember anything fanny or interesting from the broadcast time?
Not really. They were pretty “normal” times.

Are there any memories from your show, which you’d like to share with us?
Several. I’d done some interviews with musicians mostly over the phone. The most memorable were the ones with Walter Trout who was exceptionally funny about life on the road with John Lee Hooker, Big Mama Thornton etc. Another was with Bob Corritore who talked about playing with Bo Diddley and musicians of that era and also about musicians a generation earlier!!

Any of blues standards have any real personal feelings for you & what are some of your favorite?
They Call it stormy Monday, I’m your back door man, Buried alive in the blues, Spoonful are a handful that have remained favorites through the decades. I know it’s great music ‘cause over the decades I still vibe with them and they touch a different emotional chord in me.

From whom have you have learned the most secrets about the blues music?
Hard to figure that one out! But if I have to single out then maybe Bob Corritore and Walter Trout. 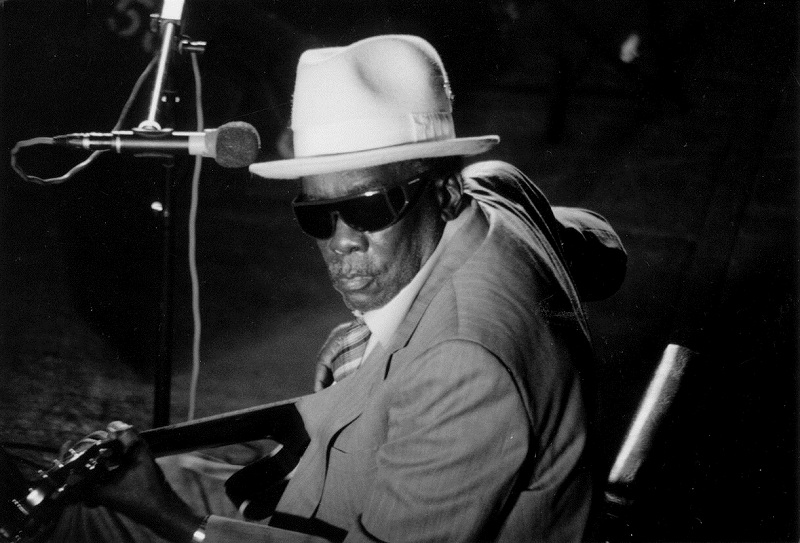 Who are your favorite blues artists, both old and new? What was the last record you bought?
Plenty, plenty. John Lee Hooker, Muddy Waters, Bob Corritore, All those fantastic artists on Delta Groove Production, Stony Plain Records, Delmark  and a host of others. And of course it goes without saying all those great guys of the 20’s, 30’s and 40’s. Of the newer lot Mike Bloomfield, Charlie Musselwhite, Nick Gravenites, Corky  Seigel  etc, etc, etc.

Some music styles can be fads but the blues is always with us.  Why do think that is?
We’ve seen it happen with Disco in recent times. Good music like (quality) classic rock is genres you grow with. You can listen to it decades later and it sounds remarkably fresh. The lyrics hold good too. It’s the same with the blues. Times might have changed a lot things have changed, some for the better in many ways but your emotions, pain, sadness and joy haven’t. The music was reality. Maybe that’s the blues of any era any style will always hold good.

How do you see the future of the Indian blues rock music?
Not too bright. But if there are a handful of dedicated performers it’ll stay.

Make an account for current realities of the case of the blues in India …and the World Space Satellite Radio
The blues is very niche. No sponsors, when I go looking for sponsors to host a blues radio show on F.M. there are no takers. World Spare understood it was niche but they still gave it a slot knowing fully well that there were listeners and it was a very important cog in the history of music.

Which of historical music personalities would you like to meet?
The Blues greats of the 20’s and 30’s. Muddy Waters, Willie Dixon and quite a few others.