An Interview with Ray Dorset of Mungo Jerry, the most startling phenomenon to hit UK since The Beatles

"I think that it is because this music (Blues / Jazz) is generally “real, no frill”, and honest, it has no age or demographic barriers."

Mungo Jerry: King of the Groove

Mungo Jerry is a British rock group whose greatest success was in the early 1970s, though they have continued throughout the years with an ever-changing line-up, always fronted by Ray Dorset. They are remembered above all for their hit "In the Summertime". Their name was inspired by the poem "Mungojerrie and Rumpelteazer", from T. S. Eliot's Old Possum's Book of Practical Cats. According to Joseph Murrell's The Book of Golden Discs (1978), "Mungomania" was possibly the most startling and unpredicted pop phenomenon to hit Britain since The Beatles. 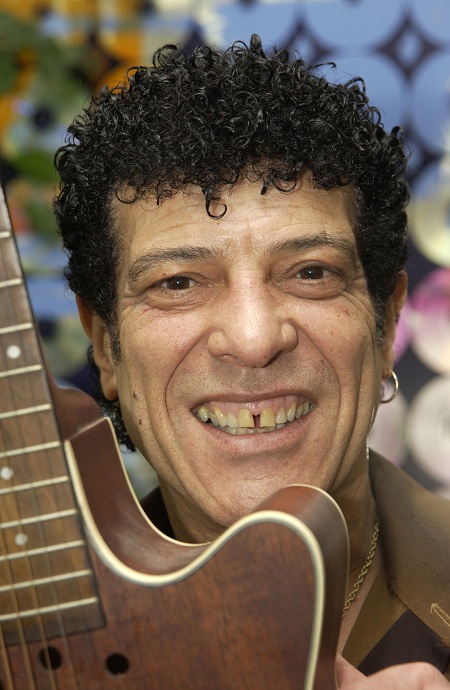 Mungo Jerry was awarded from Melody Maker the 'best new band' title in 1970, and as one of the five best live bands in the world in 1971. In time Dorset found the group's good-time blues and jug band repertoire a little restricting, and in 1972 he released a solo album Cold Blue Excursion, with his songs backed by strings and brass and, in one instance, a jazz band.  In 1983 Dorset was part of the blues super-group Katmandu, which recorded A Case For The Blues, with Peter Green and keyboard player Vincent Crane, formerly of Atomic Rooster and The Crazy World of Arthur Brown.

What do you learn about yourself from the BLUES ROCK and what does the BLUES mean to you?

When it comes to Blues Rock I find that through my long time and early experience of playing psychedelic and hippy type venues I am able to mentally conjure up and lock into the atmosphere and groove that I myself felt at those times, and convey it to my musicians and the audiences that I am performing to.

The Blues is a feeling that does not necessarily appertain to the twelve bar musical format but to the feeling of soulfully conveying the lyric, groove and dynamics of the song.

How do you describe Ray Dorset sound and progress, what characterize your music philosophy? 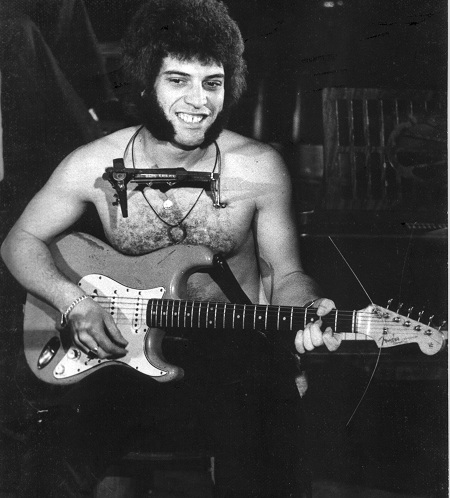 My music philosophy is not about technical ability, but about the emotional communication from the performers to the listeners and viewers. My sound and style does not conform to any set standards because I do not discriminate between musical genres or instrumentation, I either like it or I do not like it

Why did you think that Ray Dorset music and songs continued to generate such a devoted following?

Maybe it's because I'm sincere about what I do and try to disassociate from musical and lyrical bullshit.

What experiences in your life make you a GOOD BLUES ROCK MUSICIAN and SONGWRITER?

I grew up in a very musical environment and was exposed to all kinds of music from a very early age, I absorbed just about everything, from Skiffle and Rock n Roll I read about the roots of this music and made it my business to go about and find the early pervayers of those roots, probably in a similar way to Bob Dylan, who I am a big admirer of, probably because he too was greatly influenced by the work of Woody Gutherie and his collaborators, for example, Leadbelley.

Get a good manager, a good accountant and most important a good lawyer, and EVEN MORE IMPORTANT, MAKE SURE THAT THEY ARE ALL HONEST.

I fear that the proliferation by the media of celebrity lifestyle and the dominance of the media and propaganda in encouraging the mass populace to believe that accumulation of material wealth is an indication of success, and the misuse of technology to create a mishmash mas of sounds that are unfortunately described in some circles as music, has made it more difficult for new and old comers alike to make a reasonable living from a musical career. 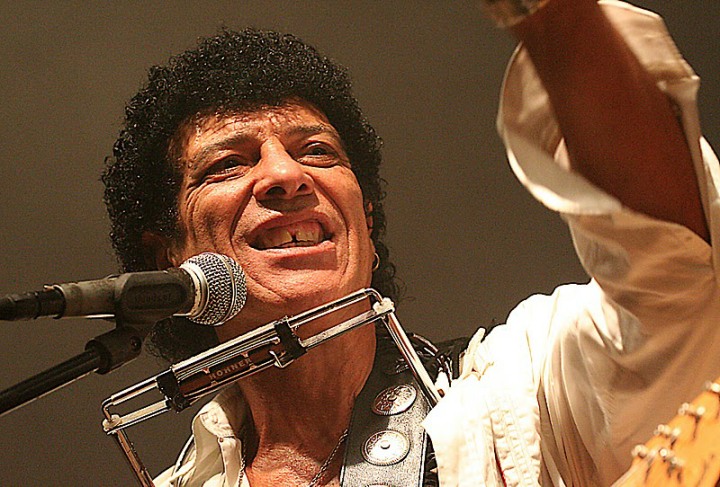 "I'm a very emotional person and seem do most things on a whim, I get touched by emotion everyday when I see the world news."

What makes me laugh, but in a somewhat cynical way is the devotion of the mass media to reality TV programs and the misinformed public that appear to be so gullible in following them.

I'm a very emotional person and seem do most things on a whim, I get touched by emotion everyday when I see the world news.

It is very unfortunate that there are fewer and fewer real orchestras being used in film, theatre, TV and radio alike, not to mention the use of full playback by major international artists in their mega hyped shows.

I learned from every show, every artists that I have shared a bill with, in particular, early Elvis Presley, Little Richard, Buddy Holly, B.B. King, James Brown, John Lee Hooker, Muddy Waters, just to mention a few.

One thing in mind that I think is important, when I was recording with iconic guitarist Peter Green, he said to me, “the magic of the first take”.

The most interesting was from the time that I formed my first band, aged eleven, until about three months after the Mungo gigs at the Hollywood Music Festival 23rd and 24th May 1970, this was also the best.

The worst was all of the litigation and troubles that followed this which still continues to this day. 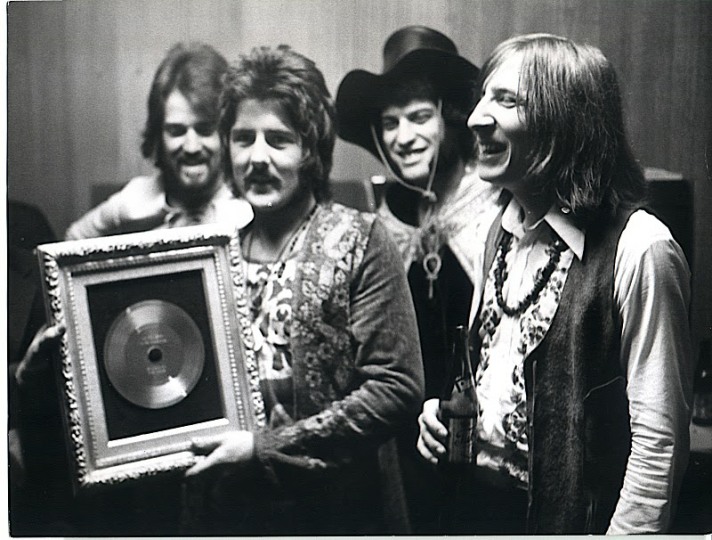 "I fear that the proliferation by the media of celebrity lifestyle and the dominance of the media and propaganda in encouraging the mass populace to believe that accumulation of material wealth is an indication of success..."

Are there any memories from Hendrix, Canned Heat, and Grateful Dead which you’d like to share with us?

Before Mungo Jerry I had a band named The Sweet 'n' Sour Band, which later was re named Camino Real, the drummer of the band was Roger Earl who later became one of the founding members of Foghat, one day he said to me, “Hey man, I just did an audition for a black guy that plays guitar with his teeth!” We used to have a regular gig at the Speakeasy in London and I saw Hendrix there often, the last time that I saw him was on the Isle of Fehmarn in Germany, this was at breakfast time in the hotel where we were all staying, and it was the morning of the last proper gig that he was to play before he sadly passed away. Funny enough, when we arrived at the festival site, Canned Heat were onstage, they made some great records, I would have like to see “Blind” Al Wilson with the band, but he had already passed away, many years later, I caught up with a later incarnation of the band at the Bunde Club in Germany, we had a good talk together and I left them as they sung In the Summertime in their dressing room.

I never got to meet up with the Dead, but I saw their performance at the Hollywood Festival and immediately got into their idea of playing very long sets full of jamming and up and down dynamics and grooves, we were onstage a couple of hours or so after them and saw the BBC camera men staggering about onstage trying to film us, they were completely high on LSD, which the Dead had slipped into their drinks!

Which memory from Katmandu's recording time with Peter Green makes you smile?

The fact that because of all the Indian and Chinese food that we consumed on the sessions, Vincent (Crane) thought that instead of Katmandu, we should call the band The Big Eaters!

Some music styles can be fads but the Blues/Jazz are always with us. Why do think that is? 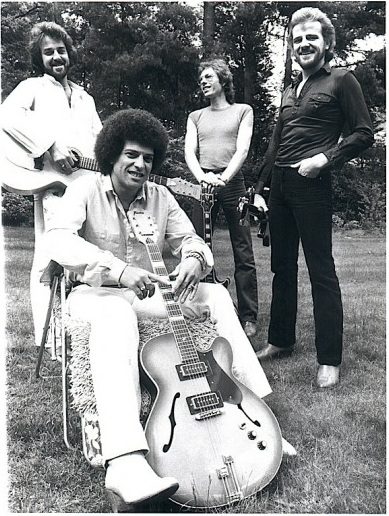 I think that it is because this music is generally “real, no frill”, and honest, it has no age or demographic barriers.

"The original recording of "In the Summertime", a no bullshit celebration of life."

When we talk about Blues, Rock and Jazz, we usually refer to memories and moments of the past. What happens nowadays?

All over the world there are performers, writers, singers and musicians that carry on the tradition and learn and expand on what went before them in the realms of all musical genres, they are normally intelligent people who have seen through the vagaries and shallowness of manufactured “pop stars” and recordings.

What are you miss most nowadays from 60s and the beginning of Brit Blues Boom era?

It's not really what I miss, but because of all the political correctness and fear of breaking health and safety issues, it's the fact that so many live venues, that is the small ones that give the would be bands a platform to begin on, are not allowed to operate with an abundant audience in attendance, also, the no smoking policy in pubs, venues, restaurants etc. that is in operation does not add to the atmosphere of a hot sweaty club, plus the clampdown on volume levels.

What are the lines that connect the legacy of Woody Guthrie with Alexis Korner and continue to Ray Dorset?

Finding some kind of social or story content in the lyric, finding a strong but not “cheesy” melody that is accompanied by a non complicated chord sequence that most newcomers to the accompanying instrument can navigate

What from your memories and things (books, photos records etc.) you would put in a "capsule on time"?

The original recording of "In the Summertime", a no bullshit celebration of life.