An Interview with singer/songwriter Alicia Maxwell from Delaware, a truly blues diamond in the rough

"As far as I’m concerned this is still “a man’s world”!  I don’t think there’s any secret to being a Blues woman, you’ve just got to keep your head up and keep going."

Growing up in Wilmington, Delaware, Alicia has always been surrounded by music.  Whether it was at home, school, or church, it’s always been a major part of her life.

At the age of 15, Alicia’s mom took her to her first blues jam; however, nerves got the best of her and she wouldn’t get on stage. Eventually after landing a solo performance her senior year in high school, Alicia gained the confidence to join other musicians at local open mic nights. It didn’t take long for Alicia to get her foot in the door. She met many talented players that took her under their wings, including Kenny Jones, Jimmy Pritchard, and Jake Banaszak, B.J Muntz, and Paul Weik. 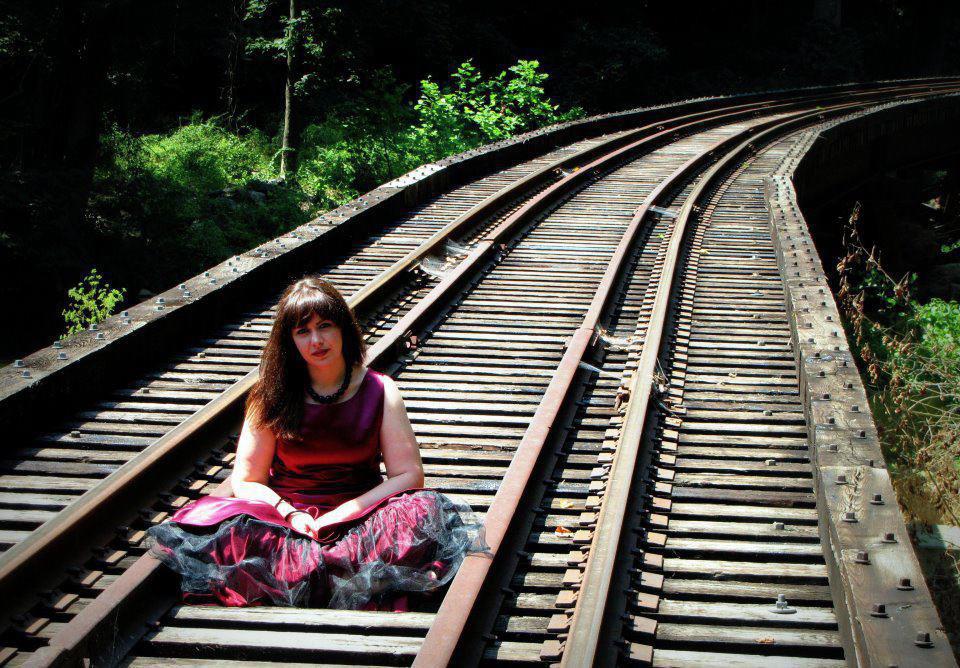 “Alicia is an up and coming singer/songwriter who performs with the power and confidence of a well-seasoned entertainer.  She manages to surround herself with quality musicians and has all the makings of a great performer.  It has been a great experience to have had a part in the growth of this fine new talent, and I look forward to working with her as much as possible.” Such as songwriter, producer and Alicia's music partner Kenny Jones says “She truly is a diamond in the rough. Don’t miss out on this exciting new talent, you won’t be disappointed. She is a pleasure to see and I’m privileged and grateful to be in her company.”

What first attracted you to the Blues?

Hearing local musicians at a blues jam ran by Kenny Jones when I was about 16 years old.  Eventually I got a copy of Stevie Ray’s ‘In Step’ and Susan Tedeschi’s ‘Just Won’t Burn’.  From that point on blues was like a drug to me.

What do you learn about yourself from the blues and what does the “Blues” means to you?

I’ve learned that blues doesn’t necessarily mean being heartbroken, lost, depressed…the blues makes me happy more than anything!  The blues reminds me that I still going, still alive.

How do you describe Alicia Maxwell sound and what characterize your music philosophy? 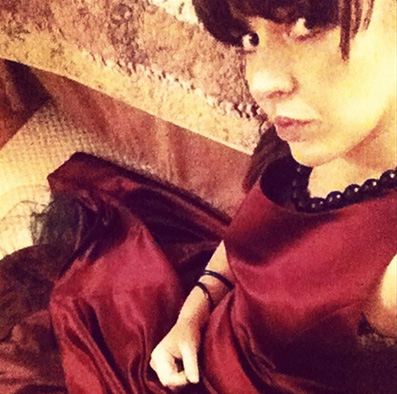 I can’t think of a way to describe my sound, I just do it.  I guess it’s more like “what you see is what you get” if that makes sense.  I don’t try to fake it; I just do what feels right at that particular moment.  I think every musician should go by that.  Don’t try to be something you’re not just to please everyone else.

Local musicians here in Delaware have definitely revealed a lot about the blues to me.  However, I’d be lying if I didn’t say my few trips down south didn’t teach me a thing or two.  In 2010 I took my first trip down to Memphis, TN and Clarksdale, MS and that was an experience I’ll never forget.   I’ve been down a few times since then and I’ve heard some incredible musicians.   Just listening to the talent the poured out of the local juke joints, that’s where I’ve learned the most.

The best part would have to be performing at the Wilmington Riverfront Blues Festival here in my hometown this past summer.  For years I had been in the audience so it was great to have the tables turned, to be on stage in front of so many people.  Runner up would have to be my first trip to the Delta.  I stopped by Clarksdale, MS for one night which happened to be open mic night at Ground Zero, the local Juke Joint owned by Bill Luckett and Morgan Freeman.  It still feels pretty amazing to say I’ve sang there.  Knock on wood, I haven’t had my “worst” moment yet.

Musically?  If you ask my Mom she’ll probably say when I got on stage for the first time.  I had waited to join the choir until my senior year in high school and nobody had really heard me sing other than when I was goofing off.  The opening number for our concert was ‘Over the Rainbow’, which happens to be my favorite song, and I had a solo.  Apparently I shocked a few people when I opened my mouth and began to sing.  That was the moment that made me lose my fear of singing at local blues jams.

Which memory from the road and recording time with the band makes you smile? 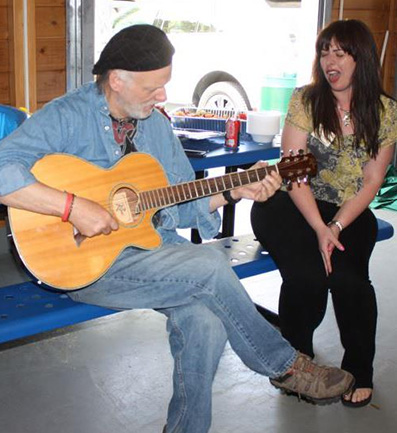 I’d have to say putting up with my good friend and producer, Kenny Jones.  He told me in the beginning that I’d hate him by the time we were done the album, because “he was going to be an asshole”.  Hah, sorry about the language.  That’s why I wanted him though; I needed someone to be brutally honest with me.  He would tell me “do it again, that wasn’t good enough!”  I would get so frustrated, but I never did end up hating him.  He’s the best!

My connection with everyone else is more through the music than anything.  I don’t do a lot of talking or joking around.  When I sing I get lost in the music, and I just hope that everyone gets lost with me.

What are you missing most nowadays from Koko Taylor, Etta James era?

The rawness!  Those two had something in their voices that could reach deep down into you, make you feel what they felt.  I had to privilege of seeing KoKo Taylor before she passed and I was absolutely amazed.  To this day when I hear her recording of “Time Will Tell” I get teary eyed.

What experiences in life make someone a good Blues woman and songwriter?

All of them.  I don’t think any one experience makes someone a good musician or songwriter.  You take the good with the bad and that’s what makes you who you are.  You work with what you’ve got.

Because blues is the root of all music.  Everyone call relate to the blues.

Do you know why the Blues is connected to “the man world” and what are the secrets of Blues women?

As far as I’m concerned this is still “a man’s world”!  I don’t think there’s any secret to being a Blues woman, you’ve just got to keep your head up and keep going. 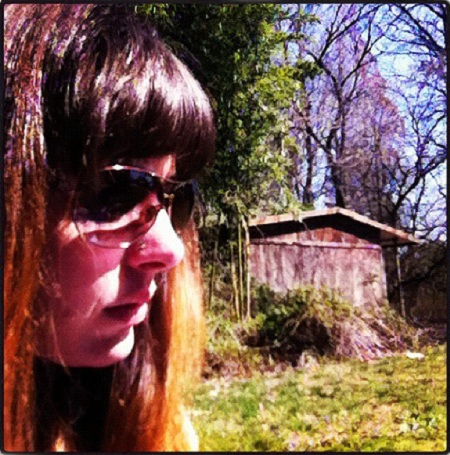 Oh, absolutely! For as long as the world exists there’s going to be plenty of reasons for having the blues.

Not necessarily.  I can admit that sometimes I’ll hear a tune and think “this isn’t blues”, but if that’s what that artist is feeling, then so be it!  Who am I to say what blues is and what isn’t.

Make an account of the case of the Blues in Delaware. What characterizes the sound of “Delaware Blues”?

“Delaware Blues” can’t be classified like Texas, Chicago, or Delta blues.  We don’t have a particular sound that makes us stand out.  One guy might be playing old school delta blues solo at the corner store while just a few miles away the floor’s packed with people dancing to a wailing guitar and funky bass rhythms.  The musicians here have their own sound that is much different from the next.  All in all we are incredibly diverse.

The best jam I’ve ever played in was during the road trip to Clarksdale, MS that I mentioned previously.  Just being down in the heart of where it all began, singing blues where it all began was such a surreal experience.

What would you ask Robert Johnson?

I’d want to ask Robert Johnson what he thinks of modern day blues.  It would be interesting to know who some of his favorites would be. 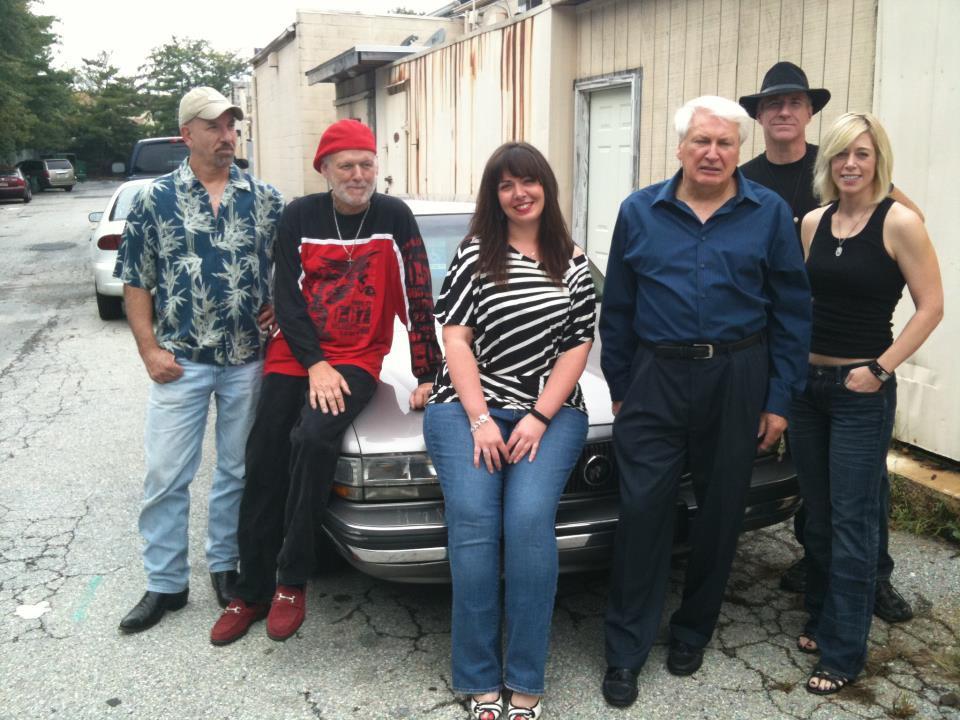