An Interview with storyteller Nick Charles, one of Australia’s premier Roots and Blues finger pickers

"Too many so-called blues players now mistake a barrage of guitar licks, a growly voice and even a stomp box for the blues feel."

Nick Charles: Into the Blues

It’s no surprise that the prestigious Black Rose Acoustic Society in Colorado USA describes Australian guitarist, Nick Charles, as “a world class stylist and composer”.  His dazzling, melodic fingerpicking on 6 and 12 string guitars, stinging slide and a lifetime’s stories and songs from the musical highway has him labelled by the Melbourne Age as “Australia’s virtuoso of acoustic roots and blues” During an extensive and acclaimed career, Nick has released many albums on major roots and guitar music labels. He has garnered world-wide recognition for a series of releases on Black Market Music, beginning with “My Place” and now his most recent albums, “Closer to Home” and “Return of the Travelling Fingerpicker”. This recognition has succeeded in having Nick signed to the Grammy award winning label, Solid Air Records USA (“Home of the world’s finest guitarists”).  Averaging 150 shows a year in Australia, New Zealand the USA and the UK, his music encompasses an eclectic mix of acoustic roots including blues, folk and early ragtime jazz. The new "Into The Blues" is Nick's first dedicated Acoustic Blues album in more than a decade. Nick Charles is an obvious keeper of the flame.

Nick, when was your first desire to become involved in music, what does the BLUES mean to you?

I got totally obsessed with music in my early teens and it was The Beatles and The Stones that did it. When I first heard Credence Clearwater Revival I had to have a guitar! I think from studying the albums and artists of that era I discovered their musical roots and found firstly early rock and roll and then the various layers of blues. To me blues underpins everything I play in its depth of feel and emotion and its inherent swing.

What characterize Nick Charles’ blues, how do you describe your sound and progress?

I suppose “my blues” could be characterized by an attention to the melodies and narrative of blues music. I’m not simply impressed by dazzling licks and tricks. It’s got to have a melody, hook lines and a story to tell! 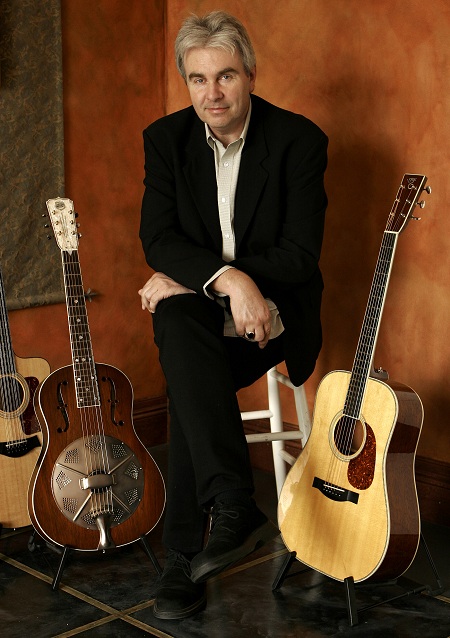 I’d say my first US tour in 2003 was pretty impressive. So many sounds, sights and influences from the place of my musical roots

What experiences in life make someone a GOOD storyteller, and songwriter?

I think just experiences in general- also a desire to pass it on. Every relationship every character and in particular every book you read and every song you hear act as a creative support base. The older I get the more I realize this and of course the more internal information I have to draw on.

Get my US record deal must be a highlight and being contacted by Lieber and Stoller to create a solo guitar arrangement of “Stand By Me” was also pretty high. Worst moments – I try my best to erase the “downs” in this business as there are far too many to discuss!!

Why did you think that folk Blues and roots music, continues to generate such a devoted following?

Well, it’s fundamental as I said and no-one can deny the roots. Invariably people who play a guitar somehow have to come to terms with that history and many will always realize the value and importance of the music. It’s frankly timeless!

What goes on the road stays on the road! John Hammonds stories about Howlin’ Wolf and others was a thrill to hear in person though (I’ve toured with him a few times)

Do you have any amusing tales to tell from your experience in US and Europe? Which memory makes you smile?

Typically my first show in a new American town goes like this – I play a song, which gets a great response, someone will say “you can really play the blues man!” When I answer with my Australian accent someone invariably says “you’re not from around here are you?”

The recordings of Big Bill and Mississippi John and most recently the biography of Big Bill called “I Feel So Good” tended to reinforce how I felt about the music and the legacy. The secrets are all there waiting to be heard! 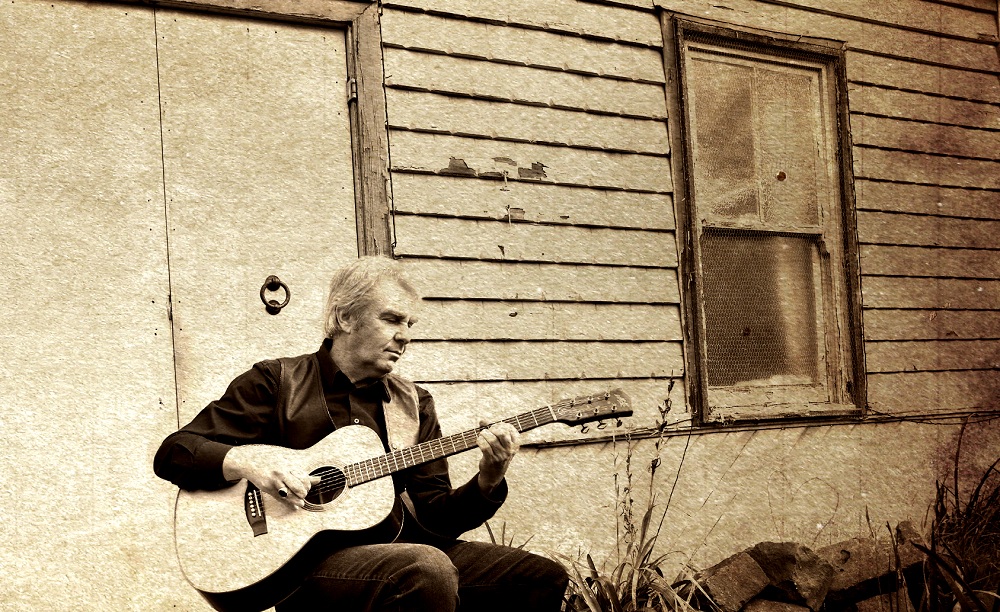 I never had any advice from a “bluesman” but I could have advised a few!

What advice would you give to aspiring musicians thinking of pursuing a career in the blues craft?

Fads are usually a commercial short term proposition whereas the main genres roll along as a back drop to everything. Having said that even blues was “in fashion” once!

Modern music is generally too strict with tempo and grooves (computers are only making it worse) whereas folk forms drift in tempo with an organic feel that is much more sophisticated and human. I find that appealing

From the musical point of view is there any difference and similarities between prewar Blues era and nowadays?

Too many so-called blues players now mistake a barrage of guitar licks, a growly voice and even a stomp box for the blues feel. Nowadays subtlety is hard to find, people have to slow down and listen again!

Anyone who listens intently!

Do you know why resophonic guitar and slide connected to the blues? What are the secrets of resophonic? 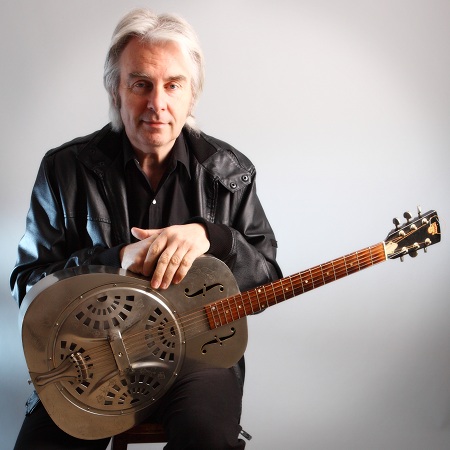 It’s just an historical thing really. They were invented in the early 20’s to be loud first and foremost. That’s why they became popular amongst blues guys in the first place. The Dopera Brothers didn’t have any musical genre in mind with their invention. The first players used them in the early swing bands to be heard above the horns! Secrets- I enjoy them to a point but I think they are overrated personally. I enjoy playing slide on them and the occasional rag and blues but timber has many more nuances and subtle colors (in my opinion)

What characterize the sound of slide, fingerpickin and what are the secrets for a good slide tool?

It’s a personal thing. I like a thick glass slide…but I have used metal too. Comfort is premium and I can’t tell on a record if it’s glass or metal…so I think that tells it all really.

Make an account for the case of the blues in Australia. When it all began for the local blues scene?

It’s been a movement here probably since the mid to late 60’s mostly as an adjunct to the folk scene (I’m talking acoustically) This days the acoustic scene has grown a little simply because it’s almost impossible to maintain a proper full-time band economically. It’s a struggle I have to say and I’m more stubborn then ever so I find it hard to alter my music to simply survive! Wish me luck!

Tell me about the difference at European, American, and Australian scene. How difficult is play blues out from “traditional” (US) border?

In the US guitar music in general is part of their heritage and most people seem to have some sort of affinity with it. There are small niche markets everywhere in the world, the trick is to connect them up and make a living. There’s no text book on that. Most people here enjoy blues to a point but inherently want to hear something contemporary or a hit! Too bad I say!

I’d love to watch Tampa Red play and talk about Chicago in his hey day. Big Joe- not much I’m afraid. I might ask him why the nine string guitar? I don’t think Juke Joints were particularly pleasant places, pretty much like rough bars anywhere- I suspect the music was secondary to the booze and the socializing. I would ask the devil to use his power to turn up the music so I could hear it above the noise- remember the early ones didn’t have amps, PAs maybe not even power!! Just one poor guitarist/singer with an acoustic…things haven’t changed that much!