An Interview with the British producer and owner of JSP Records, John Stedman: I think that people recognize a label run by a fan.

"Years before I started a label someone I knew who had a jazz label in London said to me - 'the best way to lose a friend is to release an album on them'." 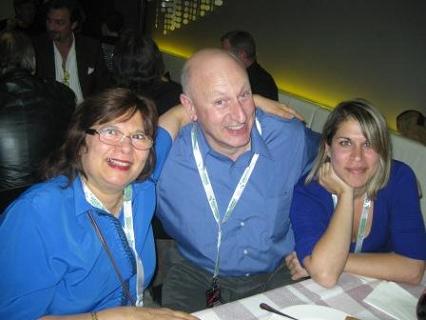 recordings (including those by Charley Patton and Blind Blake), the original records were made from shellac which made them susceptible to damage. JSP's releases from this material are remastered versions. Their release of Louis Armstrong's Hot Fives and Sevens recordings is often considered to be one of the most essential jazz releases available. The label has an extensive catalog of original recordings, but their recording program continues to this day, with Lucky Peterson and other contemporary artists. Concerts have also been promoted at concert halls such as The New London Theatre, The Collegiate Theatre and at the 100 Club. Several American musicians were brought to the UK for concerts and tours, including rhythm and blues artists such as Roy Brown, Jimmy McCracklin, Charles Brown and Professor Longhair. Some musicians 'discovered' by JSP and have since moved to larger labels, for example Larry Garner, Guitar Shorty, Chris Beard, Tutu Jones and Andrew "Jr. Boy" Jones.

What first attracted you to the Blues & what does the BLUES mean to you?

I think I first discovered the blues at age 15 (1969 - a good year for music!).  What can one say - the soul and feeling of the music just seemed deeper than anything else out there and musically and rhythmically it was far superior to almost anything else I had yet heard at stage-or now I must say. JSP Records was born out of my involvement in the live music scene bringing to England American blues musicians.  Almost immediately artists were looking for a record deal - it could almost be said that the artists themselves created the birth of the label because I hadn’t planned to start a label…!

Why did you think that JSP Records continued to generate such a devoted following?

Well, surviving 35 years helps to build a following but seriously, I think that people recognize a label run by a fan.  It’s my personal tastes and interests that underpin the A&R policy.

The blues business has changes over the years but only to come back to how it was in 1977/78 when I was starting out.   Lack of major label involvement, lack of big promotion and lack of a wider recognition that creative music is being made. 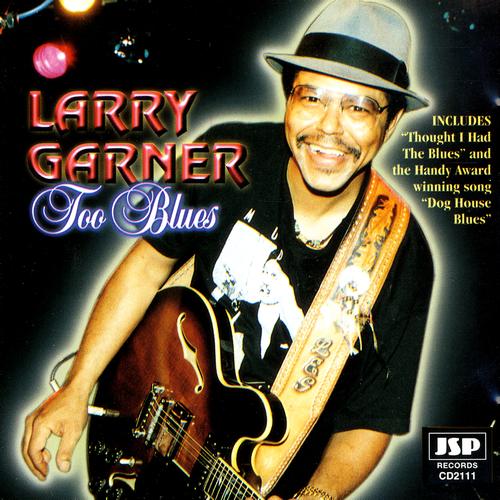 Best moment; Hearing the Larry Garner demo and realizing that I was listening to a true genius and that no one else had recognized that…….

Worst moment:  Various times when the money wasn’t there but I had to somehow survive….

Memories; so many, I’m not sure where I could begin…..

It’s always been interesting….maybe the time when I was on the road a lot was the most ‘interesting’ - I worked with such wonderful artists and it was a privilege to spend time with them.

Interesting/funny from recording.   The “I Can’t Live Happy” deep blues that Fernest & the guys suddenly began playing as we were setting up the session,  the surprise from Guitar Shorty when we started rehearsing him with Otis Grand - he truly didn’t anyone could still do that style… 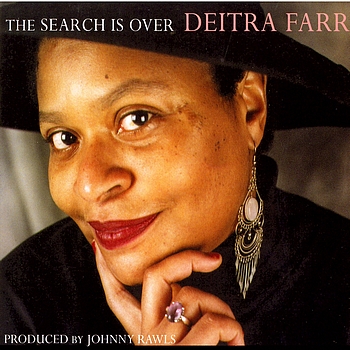 The Buddy Guy, Larry Garner and Joe Louis Walker albums for sure but also the great gems that maybe the critics haven’t fully recognized yet - the two Deitra Farr albums (she’s such an interesting songwriter), the Tamara Peterson album which I thought was fabulous and the Michael Hill album where I thought his political songs were incredibly courageous given the time that it was originally recorded in.

Secrets; several wise engineers have probably taught me the things I most needed to know….

Which of the people you have worked with do you consider the good friend? Of all the people you’ve meet, who do you admire the most?

Good friend.   Years before I started a label someone I knew who had a jazz label in London said to me - “the best way to lose a friend is to release an album on them”.!!

I would regard myself as a friend of almost every musician I have worked with.  Nobody has assaulted me or shouted at me (yet!)…

What is the strangest desire that you have requested someone in the recording?

Not sure about strangest desire.  I always go to a session armed with some good ideas of my own to throw in if necessary but hopefully they are all good and sensible… 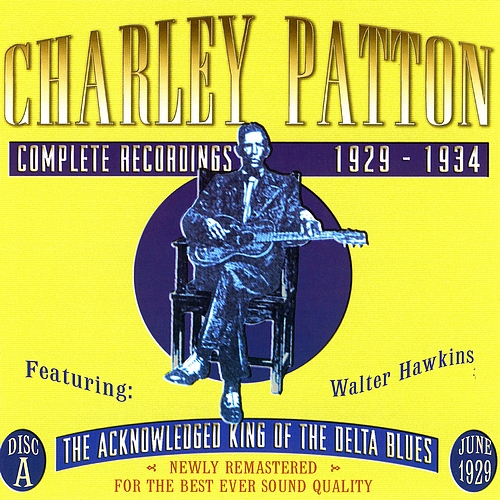 Historical personality; If I had a time machine I would say Charley Patton!

Who would be the funniest, serious, moody, careless, careful, forgetful, and joker?

Do you remember any interesting from Buddy Guy? Which memory from Professor Longhair makes you smile?

Buddy Guy; a true genius, so very serious about his music. I hope I gave him the opportunity for him to make the kind of albums that he could not make elsewhere.

Professor Longhair; another man very serious about his music but he was not an outgoing or extrovert figure - I wish I had had more time with him.

How did you first meet Larry Garner? What is the think you miss most from Phil Guy?

Larry Garner; Steve Coleridge sent me his demo tape and literally my hair stood on end…..

Phil Guy; those shows - he was the best I ever worked with for touring - I do not understand why he didn’t become a major star of the blues scene. Advice; If you really have talent there is so much of the scene that makes a great life-the festivals, the public acclaim, the creativity.  But much of that also creates the negative side - the travelling, the financial insecurity.

Europeans;  Someone should write a book…it’s one of the most fascinating cultural meetings of the 20th Century - maybe it’s how the music feels both so familiar but also different to our own experiences.

You had pretty interesting project premastered CDs of public domain jazz and blues recordings, where did you get that idea?

Public Domain.  Many years ago I was recording the Hal Singer album when someone said to me - “I know this guy names John R T Davies who remasters old recordings, you should speak to him”.  I did, and the vintage reissues actually started quite early but maybe we only became well known for them when the box set series started in 1999.

By still managing to own my own catalogue I have had the luxury of revisiting old sessions and remixing, remastering, repackaging etc   I never consider that a recording is ever ‘finished’ completely…