An Interview with the Canadian swing singer Sabrina Weeks: Blues is still with us because it’s music about heart

"I feel like music has given me a way to experience true reciprocity with people – heart to heart."

Sabrina Weeks and Swing Cat Bounce has been named the best new blues act in Canada after winning the prestigious title of best new artist / group at the 2012 Maple Blues Awards. 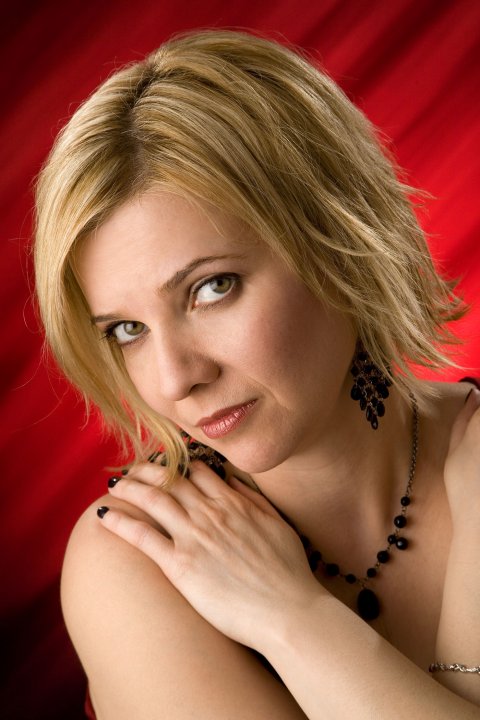 Offering up a generous helping of the Swinging Bouncing Boogie Blues is what Sabrina Weeks & Swing Cat Bounce was born to do. Once this band launches into their show, you can’t take you’re your eyes off them. The show is dynamic; the players are exceptional; and the grooves reverberate within your body until you’re swingin’, bouncin’ and getting’ your boogie on. This group represents a return to fun and humour. The songs are light hearted with a twist of naughty, the melodies are infectious, and it is abundantly apparent when watching this group, that they are there for a good time and truly love what they are doing. Hailing originally from Kamloops, BC, Canada, this group collectively makes up over 100 years of musical expertise. The band members include Sabrina Weeks, Mike Hilliard, Ed Hilliard, Bill White, and Ken Sell.

Sabrina, when was your first desire to become involved in the music & who were your first idols?
I’ve always known that I was wanted to be a vocalist. I started singing when I was very young.  My early idols were Aretha Franklin and Elvis Presley.

Any of blues standards have any real personal feelings for you & what are some of your favorite?
My favorite in an Etta James tune called “At Last” and I love to sing “Stormy Monday” 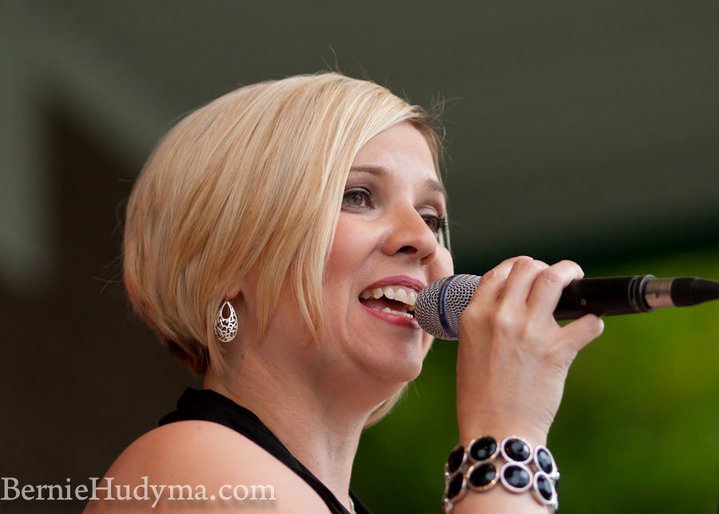 What was the first gig you ever went to & what were the first songs you learned?
I grew up in a very small town in central BC, Canada and there wasn’t very much live music around so I was in my teens when I finally got to see a real live band other than the configuration at my church.  The first songs that I learned for Sunday School songs.  After that, they were Olivia Newton John and Elvis.

I wonder if you could tell me a few things about the story of “the Swing Cat Bounce”, how that came about?
Swing Cat Bounce started 2 years ago.   Mike Hilliard and I were looking to start a kickin’ blues band so we contacted Ed Hilliard, Mike’s brother to play drums and Ken Sell to play bass.  Bill White joined us a little later.  Both Mike and I worked together in another R&B Blues band and noticed that we really blended well together.

What characterized the sound of the Swing Cat Bounce?
We have been told that Swing Cat Bounce has a unique sound. It sounds very urban without sounding pretentious.  Our signature sound has a lot to do with Ed’s drumming and Mike’s amazing guitar playing, but also the vocals are unique also. 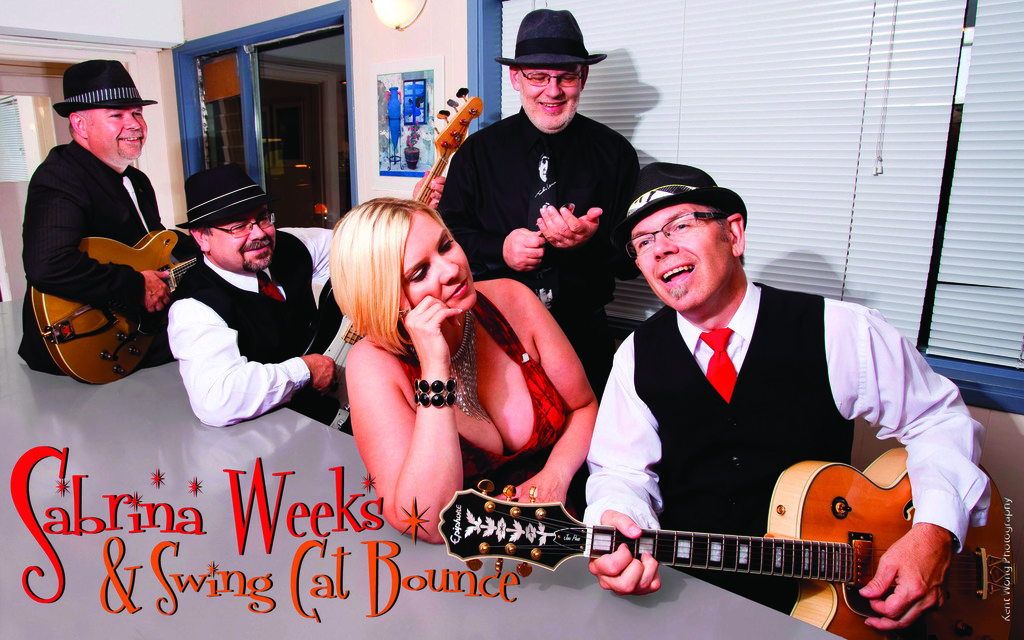 What are some of the most memorable gigs you've had?
I love to play for Blues / Jazz Societies because the people that come out  come to hear the music.  That is awesome when that happens.  I also love to play festivals.  I’ve loved every festival gig that I’ve played.  I’d love to play a blues festival or 2 in Europe. That would be amazing.

Are there any memories from the CATS? Which you’d like to share with us?
I love the guys that I work with.  They are amazing people.  In 2010, I was diagnosed with breast cancer and the boys of SCB were so supportive.  I am so blessed to have them.

Which was the best moment of your career and which was the worst?
So far, the best moment was winning this year’s “Best New Artist / Group Award at the Maple Blues Awards.  It was awesome hearing them call out my name.  The worst… Hmmmm…. As far as music goes, so far, there is no worst… 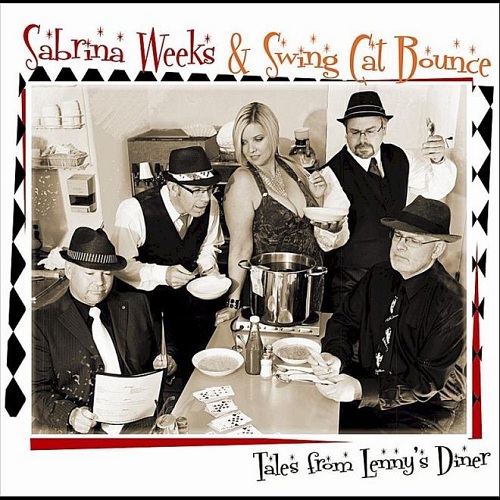 How do you describe your band: Mike, Ed, Ken and Bill?
SCB is a lively group of very talented musicians. They are funny, caring, amazing people and I am blessed to have them.

Why did he think that swing music continued to generate such a devoted following?
People love to dance and swing is all about energy.

What does the swing boogie blues mean to you & what does music offered you?
Bouncing Boogie Blues is again about energy. I love to see people smiling and dancing. I think that it allows people an escape from anything in their life that might be not so good.  I’m honoured to be able to be a part of people’s creative outlets.

What do you learn about yourself from music?
Since music is about reaching into one’s soul and channeling how you feel, what I have learned from music is that it has helped me open my heart and become more in tune with how I feel.  I feel like music has given me a way to experience true reciprocity with people – heart to heart.

Do you have any amusing tales to tell of your work with Chuck Jackson & Tom Lavin?
Chuck Jackson is a wonderful man who has been very supportive of us.  He is just so talented and kind.  I met Chuck at the Roots and Blues Festivals in Salmon Arm, BC, Canada.  We spent hours talking.  I learned a lot from him.  Tom Lavin, again, awesome man, and very helpful. I met him at the Lorenzo’s Bluesfest.  I often email him and ask him for advice about anything from songs to finances. 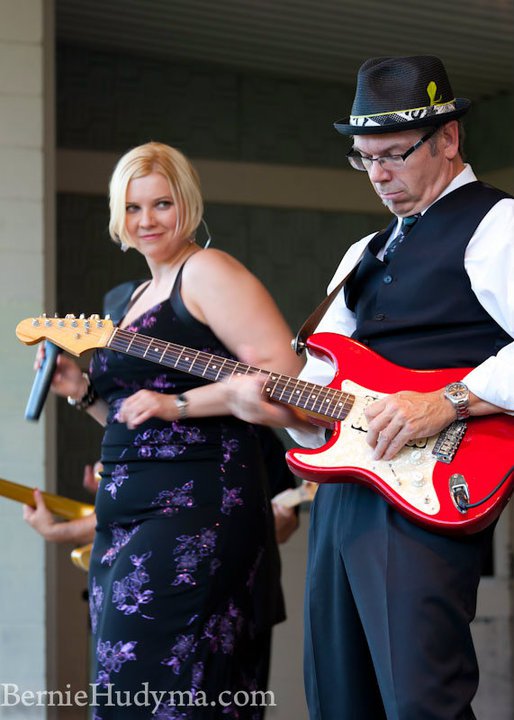 Which of historical music personalities would you like to meet?
I would like to sing with BB King. That would be a dream come true. Also, I’d like to meet Robben Ford and Bonnie Raite,

From whom have you have learned the most secrets about the blues music?
I learn a little bit from everyone that I talk to.  But Jack Lavin, our producer, has been a very consistent teacher for me.  Having a conversation with him about the blues is better than attending a university lecture.  He just knows so much.

Who are your favorite swing blues artists, both old and new? What was the last record you bought?
My favorites are Louie Prima and Brian Seltzer.  Lately, I’ve been getting into rockabilly and my new favorite is Imelda May.

How do you describe your contact to people when you are on stage?
I feel very connected to people when I perform.  They give to me and I give to them. It’s an amazing circle or energy – reciprocity. 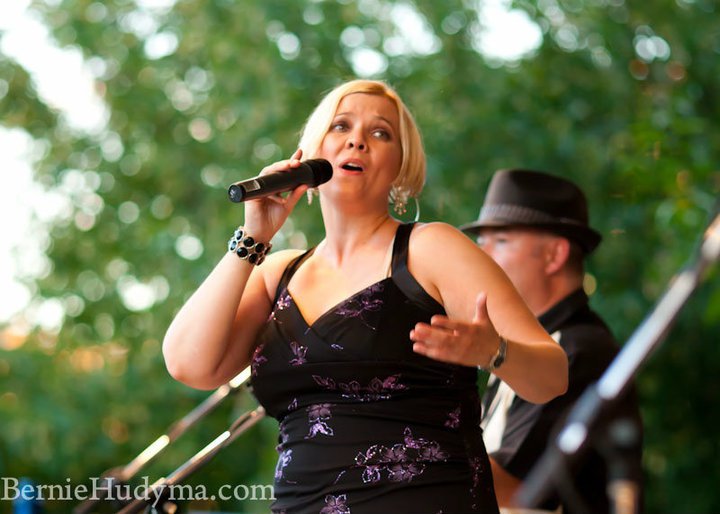 What compliment do you appreciate the most after a gig?
I love to hear how the music makes people feel.

Some music styles can be fads but the blues is always with us.  Why do think that is? Give one wish for the BLUES
Blues is still with us because it’s music about heart.  People want to feel.  They want to be reconnected to their feelings and the blues allows for this.   My wish for the blues is that it will always be about truth and feeling and never be commercialized thus dehumanized.

What are your plans for the future? Do you have a message for the Greek fans?
My plans involve writing for a new CD. We are doing that now.  Also, we are planning to tour this summer and hopefully next summer we’ll be ready to tour Europe.  We’d love to come to Greece!!! 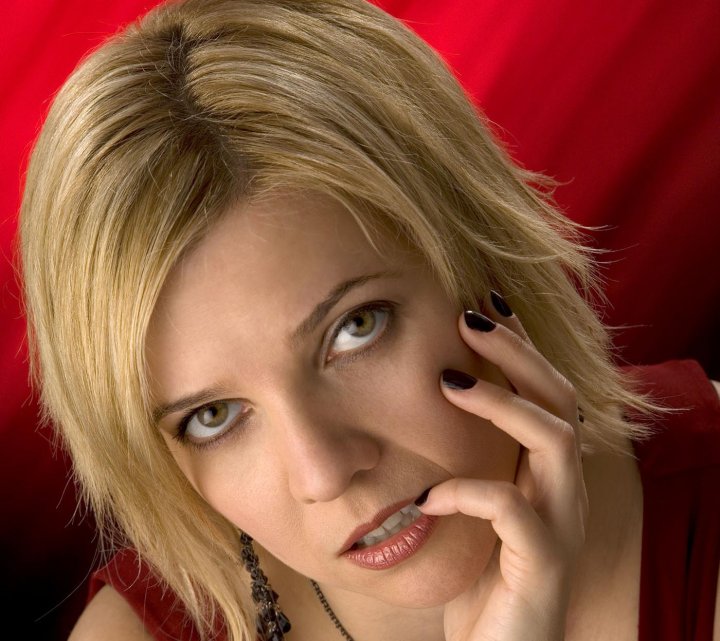