"The Blues is a way of life. It helped me overcome some troubles in my childhood and eventually helped me find a good way of looking at life."
Doug MacLeod: The Knight of Acoustic Blues
Doug MacLeod is a singer-songwriter in the American tradition. He is a traveling artist that writes and sings original songs that are based on his own life and experiences. He learned from the old masters, lived the music, survived the life and carries forward a valuable tradition. MacLeod is known for his superb songwriting, guitar wizardry, warm soulful vocals, wit and unforgettable live performances. At the heart of this is his knack for storytelling, bringing characters-from the faceless to the legendary-to strikingly real life. While he developed his rich, soulful voice MacLeod also worked out a unique, unorthodox and powerfully rhythmic acoustic guitar style. His distinct style of playing was a byproduct of pent-up rage from his turbulent childhood and the segregation drama in his new home of St. Louis. The rage of his youth was eventually channeled through his guitar, using his relentless right hand to pound out an insistent, churning beat to complement his intricate bottleneck and finger-style technique. 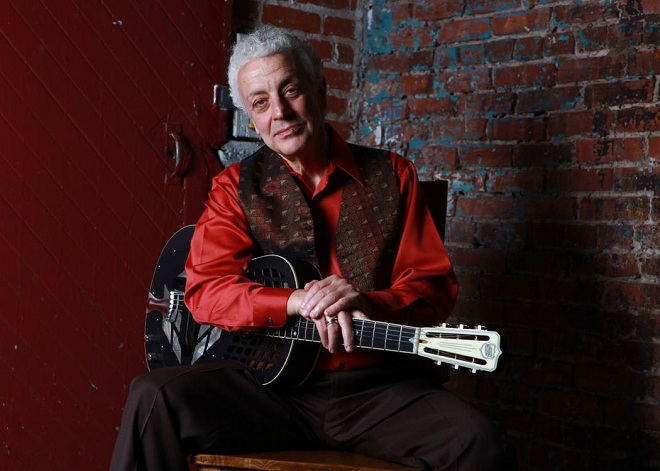 Over 28 years, 18 studio albums, several live records, compilations, a blues guitar instructional DVD and a live performance DVD, MacLeod has consistently earned raves. His songs have been covered by many artists including Albert King, Albert Collins, Joe Louis Walker and Eva Cassidy. Two of his songs are on Grammy nominated albums by Albert King and Albert Collins. His album "Brand New Eyes" with Fresh a subsidiary of Reference Recordings was released in March of 2011. In every note he performs and records, MacLeod subscribes to the rule-of-thumb learned from country bluesman Ernest Banks who instilled in him to "Never play a note you don't believe", and "Never write or sing about what you don't know about." Like the old masters who taught him, MacLeod's music expresses life and times via an intangible, elusive quality that may simply be a keen sense of what matters most. There is a philosophic and healing side to MacLeod's music and his stories that has helped others overcome the hardships of their lives.

Back in the ’60s when I first heard the music in St. Louis

It has been for me.

You making me laugh now. Best? Been alot of them. One was opening for BB King and then getting a chance to meet him after the show on his bus. Worst? Mmm-hmm? Years ago I didn’t get my pay when I worked the old Parisian Room in LA with my band. I paid my band tho. 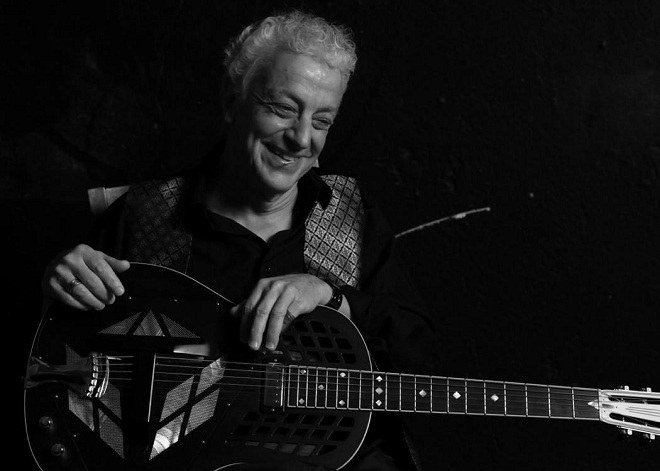 "I never wanted to ever copy a musician- learn from them- but I think I’ve always known you got to be yourself with your music."

Is there any similarity between the blues today and the blues of the ‘30s & ’40s?

Well I wasn’t around back then... ( laughs ).  Yep, well there’s some fellas like me who are singer/songwriters/guitar players and you have some darn good bands out there too.

I never wanted to ever copy a musician- learn from them- but I think I’ve always known you got to be yourself with your music.

It’s a way of life. It helped me overcome some troubles in my childhood and eventually helped me find a good way of looking at life.

Sometimes I don’t and then I start to meet young musicians who are very interested in the music. So if they start playing blues or infusing blues in their music this music will live on.

Well, I guess you learn what is really deep inside of you

I’m old school like that. I like to entertain and reach out to the folks. I got that from the older blues guys I worked with when I was coming up. 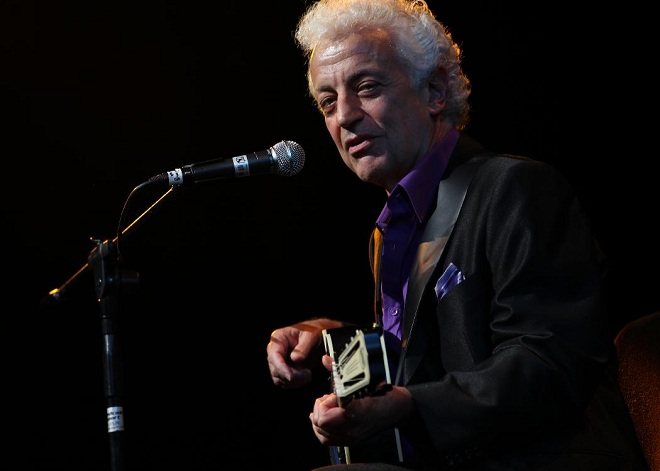 "It’s (Blues) a way of life. It helped me overcome some troubles in my childhood and eventually helped me find a good way of looking at life."

Because I love it and I love doing it.

What is the difference between acoustic and electric blues?

Well the obvious reason of course. As far as guitar players, I’d say that the acoustic players fingerpick alot more because they don’t have a band backing them up.

Well, being able to translate your life experience to music honestly and lots of practice.

How was your recording hours with all your guests? 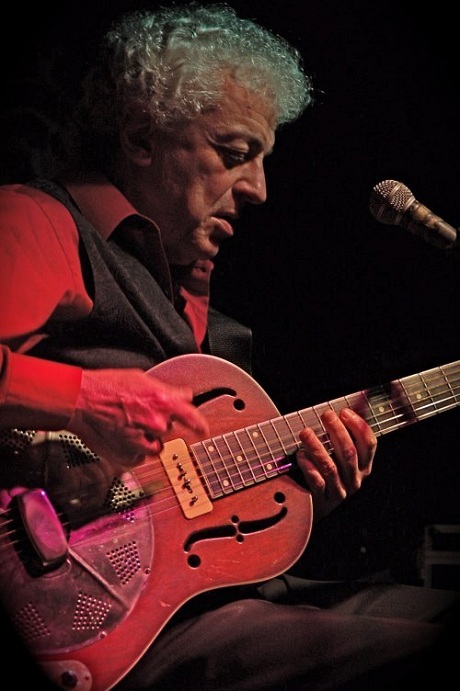 What would you ask Skip James?

How’d you come across that tuning?

People not playing with feeling.

I like the people in the world...... the leaders? Well, I think we got to work on some of those folks.

Who are the followers of this tradition of the blues that you represent?

I see both young and old at my concerts.

Do you remember something funny from studio with George 'Harmonica' Smith?

Goodness yes. We did a tune that George called ‘Sunbird’. It was about the space shuttle. During the song George blew a huge amount of air into the mic and damn near knocked Austin the engineer of his seat. Austin said,

“George what was that!? “ George replied “That was the masonic boom.” He meant to say the sonic boom.”

In the past I’ve sent songs to record companies and such. Eva Cassidy did Nightbird because she happened to hear it on the radio.

How was your relationship with Pee Wee Crayton?

Great. He was the godfather of my son Jesse. 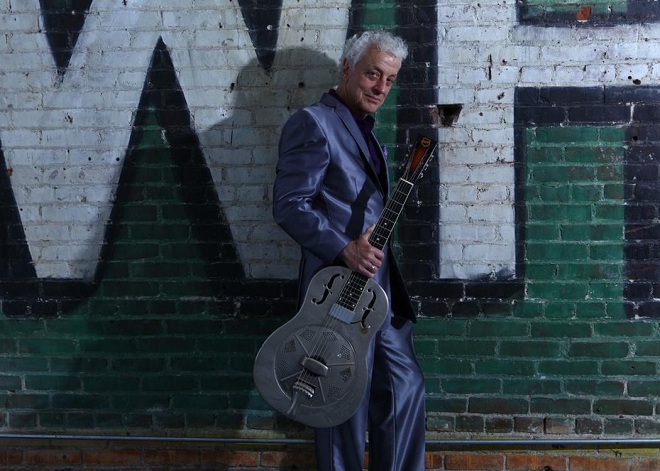 "I like the people in the world...... the leaders? Well, I think we got to work on some of those folks."

How do you describe your sound and your progress?

My sound is me and my progress is where me has taken me.

Do you believe MUSIC takes subject from LIFE?

Way too many to mention just one.

Tell me about your meeting with Big Mama Thornton

Well, she was pretty tough you know, but she liked me. She came up to me after the first set I played with her and asked me, ‘You like me?’ I said ‘Yeah Mama, I like you.’ ( I was a little nervous there you understand )

She asked,‘What you like about me!? ‘ I said the first thing that came to my mind, I said, ‘Your eyes’ .

She turned to George Smith and said

“George do you know what lil Dubb said?, He said he likes Mama’s eyes!” George said incredulously, “He do?” I could do no wrong with Big Mama after that. 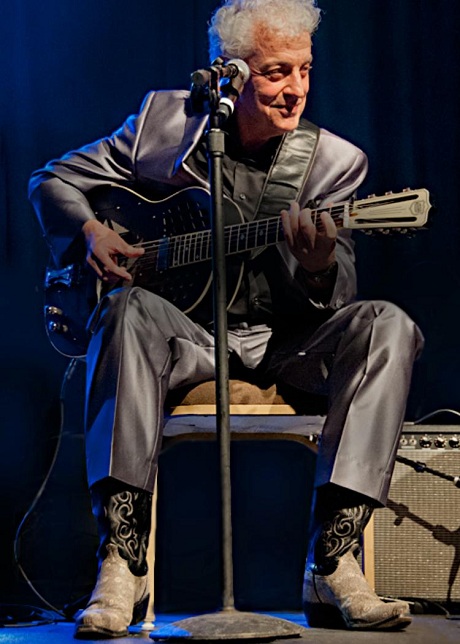 I think because they were louder then the regular guitar and the blues musicians in the 30’s were playing acoustically in juke joints and they needed to be heard.

Who musicians and songwriters have influenced you most as a songwriter?

Who were your mentors in travelling blues?

George Harmonica Smith was a great one. He always said travel light. And being in the Navy for four years gave me a good idea of how to fold and roll you know...

How did you feel when artists like Albert Collins & Albert King, chose your songs?

Man, there’s a bunch of them. I’d hate to mention a just a few.

What about as far as getting a song to an artist, how has that changed?

Not much I think except that a lot of artists are writing their own material now a days.

You’re gonna get headaches and heartaches in anything you do in this life, so the way I see it,  you might as well do what you like.

Boy I don’t know, I guess that folks like what I do and I was lucky enough to learn from some of the best. 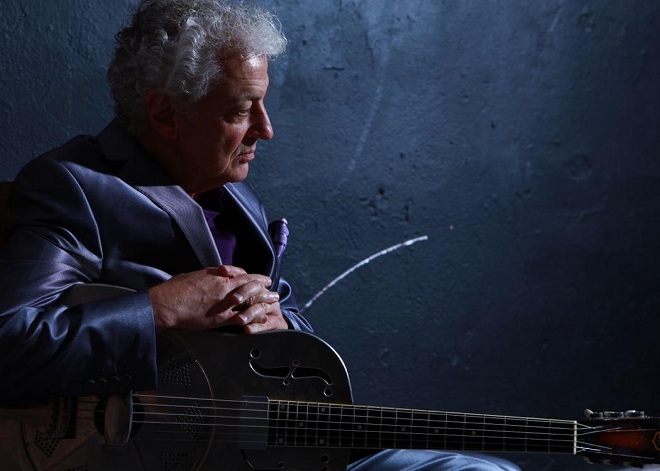