An interview with the poet Yannis Livadas: Jazz offered me a faith in permanent innovation in poetry.

"Inspiration comes from life, from all its aspects. I don’t have mentors; I have only a grandfather, Blaise Cendrars."

I am a musician; I play the trumpet poetry.

Yannis Livadas was born in Kalamata, Greece, in 1969. He has published seven poetry collections, the most recent being "Ati: Scattered Poems 2001-2009" (Kedros). He is also an editor and translator. He has translated the work of authors such as Jack Kerouac, Gregory Corso and Charles Bukowski. Done a variety of different works in his life and travelled extensively in India, Tunisia, Algeria, Italy, France, Morocco, Portugal and Spain. 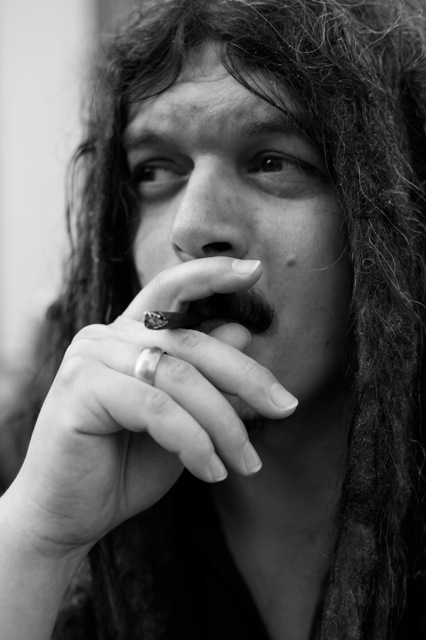 Bibliography of his poetry:

All the periods of my life are almost equally interesting, that is, I usually experience quite big changes every two or three years. My life is full of surprises and confirmations. 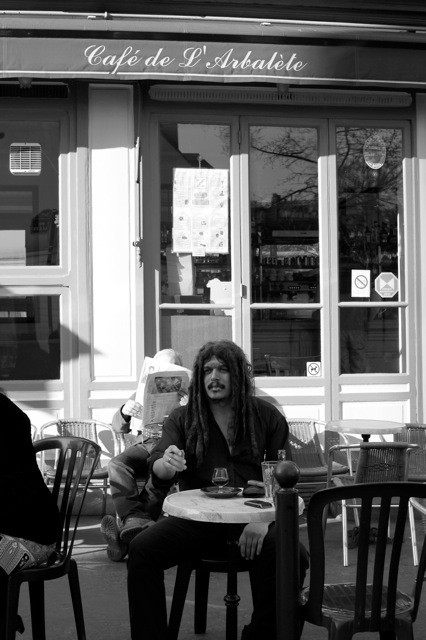 From who have you learned the most secrets about the blues & jazz?

It was absolutely unexpected the fact that I lean about blues and jazz, mostly jazz, from the books I read in my youth; it was Kerouac and Corso who introduced me to that incredible music.

What experiences in your life made you a fine poet; how do you want to be remembered?

As I mentioned above; my whole life is a miracle, everything I have experienced until now is a real treasure and every single moment has its values; I live my life in a full blast, I honor life and life supports me with its propulsions. I’d like to be remembered as a man whose sins where more innocent than his good deeds; a man whose achievements succeeded by his faith in man.

What does the Blues mean to you & what has Jazz offered you?

I think blues is a deeper feeling of impermanence before death; blues accompanies mankind since ever and is characteristically expressed in many forms and ways in human history. Blues music was the basis of Jazz and I am still enjoying listening records of that area, but Blues after the early sixties leave me completely indifferent; there’s too much pose and no essence. On the contrary Jazz was, and still remains absolutely experimental and renovating; Jazz is the only music that accompanies the highest fulfillments and accomplishments of man. Jazz offered me a faith in permanent innovation in poetry.

Do you think that your words come from the heart, the mind or the soul?

My words are delivered from a state of supervision, that is; the whole system of my existence contributes in the highest level that is possible, every time I sit down to write something. 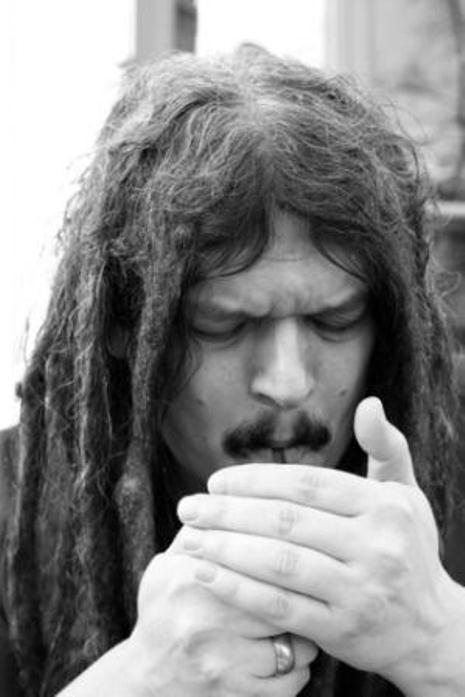 How you would spend a day with Gregory Corso?

By drinking and smoking cigars.

What would you say to Allen Ginsberg?

“Dear Allen the ship is sunk”.

What advice would you give to William S. Burroughs?

“You missed the point but you found the needle”

Absolutely nothing; He has already answered all questions.

Which memory from Jack Kerouac’s books makes you smile?

An episode when he was lost and in terrible tremens during night walking alone; I think that is from “Big Sur”.

How do you get inspiration for your writing & who are your mentors in writing?

Inspiration comes from life, from all its aspects. I don’t have mentors; I have only a grandfather, Blaise Cendrars.

How is your relationship with the Greek jazz bands?

I am not quite fond of them. The greek jazz scene is still sucking milk; that’s what I believe. As far as I know there are only a very few musicians that were able to make some difference.

Exactly the same happens in other arts, poetry, painting etc.

What musicians have influenced you most as a writer?

Basically, Coltrane, Braxton and Brotzmann; above all the others whose contribution expanded somehow quickly or almost immediately. God only; and hope to meet him anyway when I will be dead; but I am not so sure that this will ever happen.

Do you believe that there will be the turning point of our civilization?

Yes, of course, sometime during eternity.

The poetry that is written today, do you believe that it corresponds to the needs of our times?

Poetry around the world has gradually become a timid correspondence to what humanity really needs. Sometimes it seems that we have come to an end. But there are poets who are really aware of the poetic condition and the poetic value; that is a direct communication with the whole phenomenon of existence. There are poets capable to write in a well-balanced way in order to expose the deepest canons of suffering, the highest toils of the turmoil of existence. In other words; after the end you can gaze upon the beginning.

The arts and poetry in particular, are now deployed to various aesthetic directions. However, the need for an innovative and influential poetry remains more necessary than ever. Why do you think it happens? What’s the role of your poetry?
The standard of poetry is that it is written by people who are not poets. Therefore, the originality and the effect are quite schematic features. Poetry is, above all, authentic, unique and catalytic. Needless to say; timeless. Humanity is going through a period where the schematic, the veneer has gained ground more than ever. The role of my poetry is that of the total disturbance of mind and senses. All the rest of my writing is a newborn child of the combination of the opposites: heart and spirit.

Is there a space for politics in poetry?
Not in mine; politics is against poetry. Poetry is totally indifferent to politics. 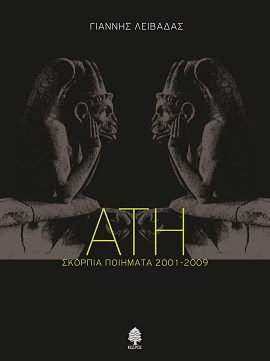 Who do you think is the role of the poet in contemporary society?
To embrace all and die honoring life in extremis.

Is there a part of some of your poetry books that you like most?

Yes, all the seconds in front of the blank page before I start writing the next poem.

Which musician would you rather be?

I am a musician; I play the trumpet poetry.

What is your most favorite Zen Koan?