An Interview with versatile Melvin Taylor, one of the greatest guitarists in the history of rock, blues & jazz.

"Most music has become digital - real musicians have been replaced by high-tech electronic devices.  It takes the true feeling out of the music."

Melvin Taylor: Made the sweet taste of guitar

Melvin Taylor is one of the greatest guitarists in the history of rock, blues and jazz. This self taught master was influenced by many of histories true guitar pioneers including - Albert King, Jimmy Reed, Wes Montgomery, and Jimi Hendrix.  So it won't surprise you to know that Melvin's ability has been recognized by many of his fellow guitar and rock greats. 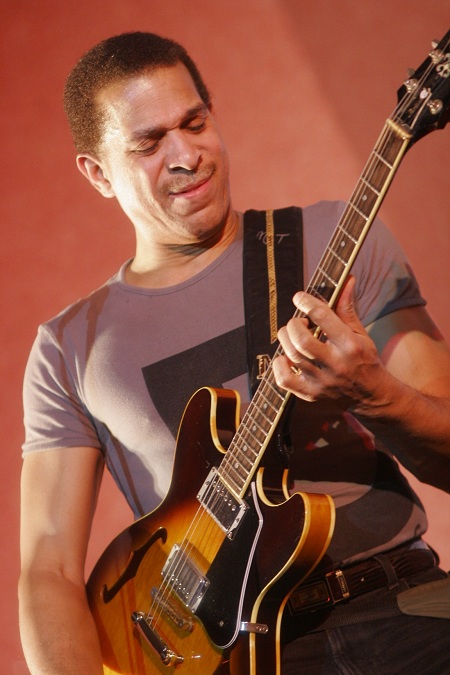 In fact, he's appeared on the same ticket with Carlos Santana, George Benson, Al DiMeola and Chick Corea. And he can count among his fans the likes of Mick Jagger and Patty LaBelle.
Melvin Taylor was born in 1959 in Jackson, Mississippi. His musical roots however have always been in Chicago, where he moved with his music-loving, guitar playing family when he was just three years old. Melvin started playing guitar himself at a very young age and was inspired and influenced by some of the world's greatest blues players - many of whom lived in or near his Chicago neighborhood.
By the time he was a teenager, Melvin's incredible ability and unique style was already grabbing attention on Maxwell Street. And indeed when Joe Willie Pinetop' Perkins needed a great guitarist to play his European tour, he invited Melvin to join the Legendary Blues Band. Melvin made an immediate impact on the European circuit, and while he was in France, he cut two albums - Blues on the Run in 1982, and Plays the Blues for You in 1984.
Melvin's 2012 release, "Sweet Taste of Guitar" is a splendid accomplishment for this virtuoso - he composed, arranged, produced and plays the entire instrument on the CD.
Melvin Taylor continues his musical journey into the 21st century. His unique sound and outstanding performance skills continue to thrill and entertain audiences around the globe. Melvin's love of music shines through as he crosses over many styles - mixing fluid jazz, blues, rock and soulful moments on his newest release "Taylor Made".

What do you learn about yourself from the blues, what does the blues mean to you?
The blues causes me to connect with my feelings and emotions - both come out thru my guitar playing. In what age did you play your first gig and how was it like (where, with whom etc.)?
First gig was at age 13 - played solo for a school assembly.  I played a Jimmy Reed Shuffle Blues.

What experiences in your life make you a GOOD BLUESMAN and SONGWRITER?
Being around so many blues players while I was growing up. Most of them lived in and around my neighborhood in
Chicago. Otis Rush, Jimmy Reed, Howlin' Wolf, Pinetop Perkins.

How do you describe MELVIN TAYLOR sound and progress, what is your music philosophy?
Melvin Taylor's sound is a combination of blues, jazz & rock. I grew up in the 60's & 70's listening to blues, Motown, disco, jazz, classical, rock.  I play by ear - anything I hear I can play - I love all kinds of music and incorporate them all into my sound. 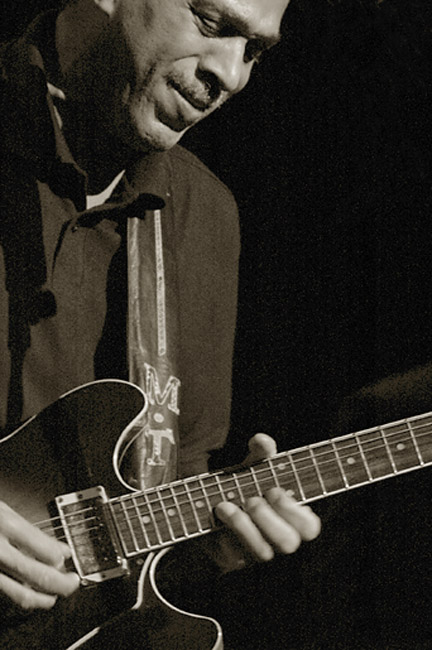 From whom have you have learned the most secrets about blues music?
Pinetop - he heard me playing on the streets of Chicago/Maxwell Street at a young age. He followed me until I was old enough to join his band - age 22.  Pinetop was 67 then.

Which was the best moment of your career and which was the worst?
My best moments were when Pinetop took me on tour with the Legendary Blues Band.  We toured the US and Europe - the guys really taught me about life on the road and playing music.
My worst moments; I had become well established throughout Europe in the early 80's - recorded my first 2 CD's.  A series of family illnesses caused me to return to Chicago - the next 10 years saw 3 close family members dying. My spirit and the momentum I had built in my career were lost.

What is the “feel” you miss nowadays from the “OLD CHICAGO BLUES”?
Most of the traditionalists are gone - guys like One Armed John Wrench Off, Playboy Vincent, Kansas City Red, Homesick James, and Sunnyland Slim.

Which is the most interesting period in your life and why?
Mid 70's - had my own neighborhood band - popular local act.

How has the music business changed over the years since you first started in music?
Most music has become digital - real musicians have been replaced by high-tech electronic devices.  It takes the true feeling out of the music. 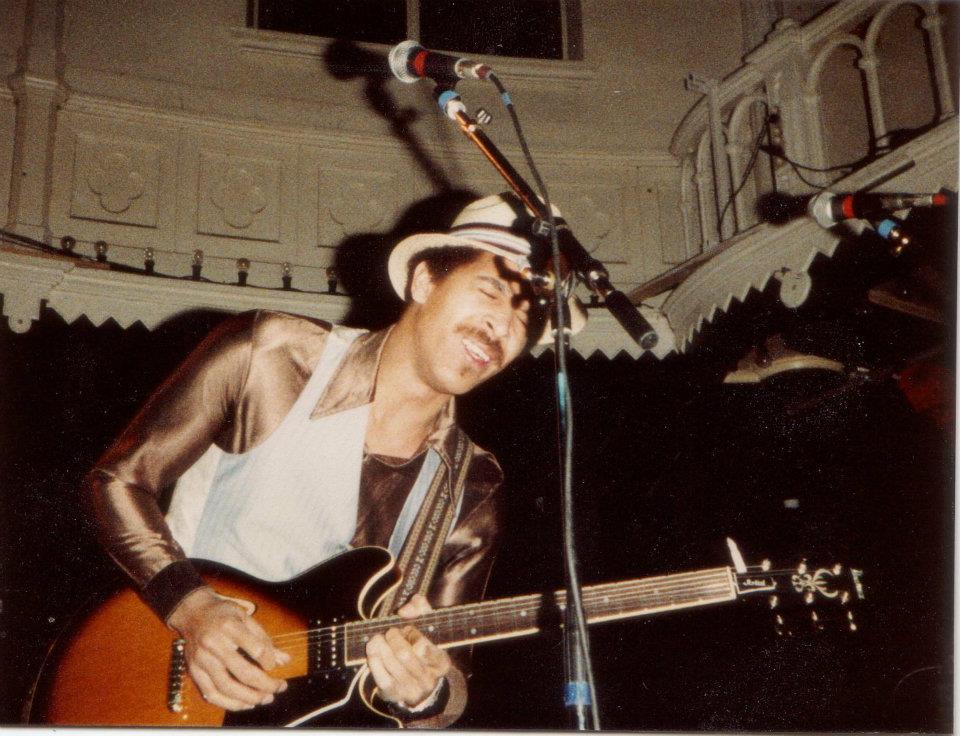 What advice would you give to aspiring musicians thinking of pursuing a career in the craft?
Learn as much as you can about music and the business.  Do not limit yourself to one style or genre.

Are there any memories from Maxwell Street, which you’d like to share with us?
Many memories - Especially Sunday's from early morning to night. Crowds and I mean crowds of people enjoying themselves - dancing, laughing.  They would drop change into my tip jar.

Tell me a few things about your meet with Pinetop Perkins, which memory from him makes you smile?
I knew Pinetop for 30 years.  I first met him when I was 22 - he was 67 and asked me to come rehearse with his new band - The Legendary Blues Band.  He was looking for a guitar player to tour the US and Europe with him.  It turns out he had seen me performing several times on Market Street. Pinetop was a sweet human being - he had a wonderful sense of humor and we would sit, talk and laugh for hours.  He loved the way I played the guitar - he gave me the nickname, "Youngblood". 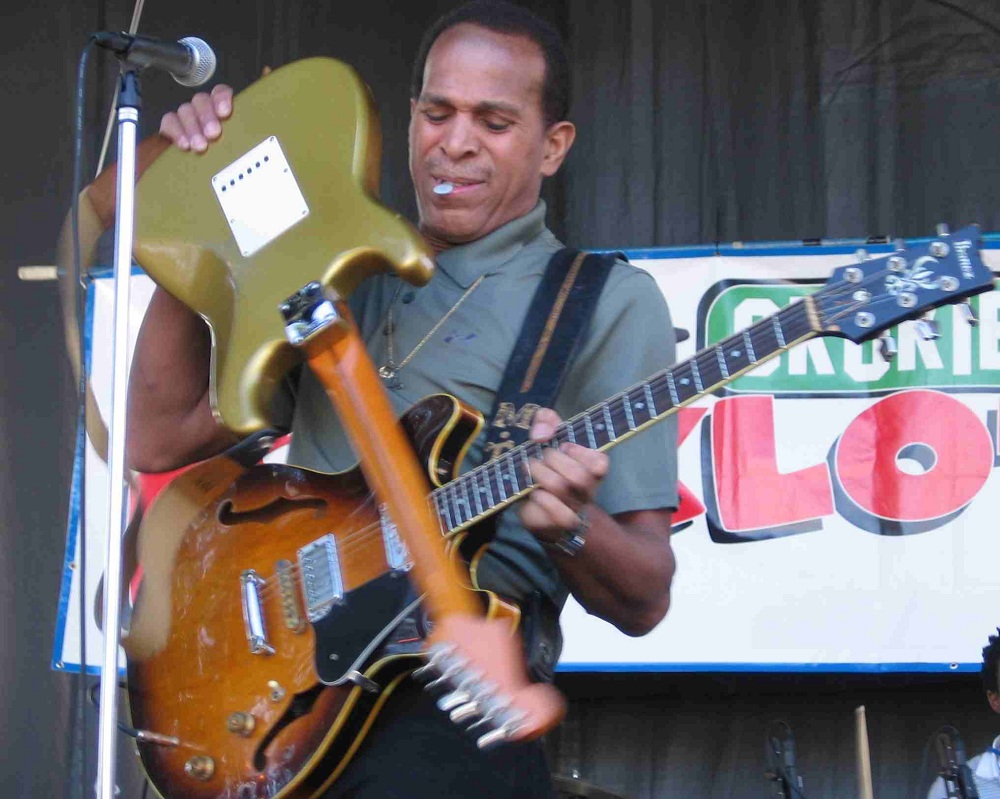 Why did you think that Melvin Taylor continues to generate such a devoted following?
I am true to myself and my music. I think people hear it in my music and appreciate it.

What is the best advice a bluesman ever gave you?
Eddie Clearwater once told me to, "Play the way you play, and don't worry about how anyone else plays".

What the difference and similarity between the BLUES, JAZZ, and ROCK feeling?
Blues is heartfelt.  Rock is more technical.  Jazz is classier - more notes. 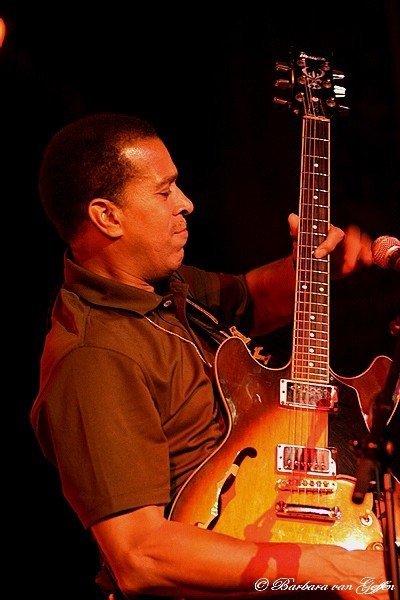 Some music styles can be fads but the blues is always with us.  Why do think that is? Give one wish for the BLUES
Blues is roots music.  The blues will never die.  Blues is music of deep passion.

How do you describe your contact to people when you are on stage?
I connect with my audience - I feel the energy that they give off.  I take that and send it back to them with a twist of my own flavor.

Is it easier to write and play the blues as you get older?
I believe it gets easier because you've experienced more in life, and have more to choose from.

What are the lines that connect the legacy of Wes Montgomery, Hendrix and all the Kings with Melvin Taylor's progress?

Remember I grew up in the 60's and 70's - EVERYTHING was going on.  Motown, James Brown, Hendrix, Wes Montgomery, Chet Atkins, Ray Charles.  It was jazz, rock, funk, soul – an absolutely amazing time to be growing up surrounded by all this great music, especially for a young guitar player. I'm blessed with my talent and I did not want to limit myself to one style of music.  By combining elements from all different styles I created my own sound.

We were recording in New Orleans one time and had just completed a few songs.  The producer went off to get some paperwork - we thought we were finished and that he had left.  A few of us sat in the studio talking for a while and somehow leaning against the control board we deleted the songs.  A few minutes later the producer comes back ready to start working again - he couldn't believe what had happened.  It's funny now but we had to record it all over again.

Do you remember anything funny from your days at Rosa's lounge in Chicago? 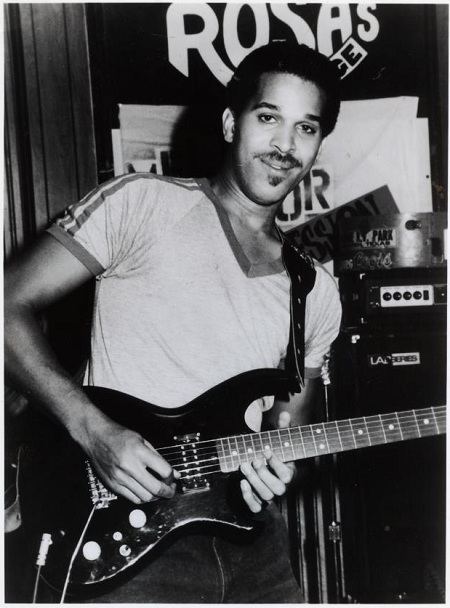 There have been lots of funny moments but one that comes to my mind quickly...we used to get some characters in that place, and I mean characters!  We had several shows featuring James Brown and Jimi Hendrix impersonators - let me tell you they were bad, horrible.  I had a drummer who was rehearsing with the Hendrix impersonator, the guy played some Hendrix song note for note including the scratches and skips in the record…it was hilarious!!

What is the difference of the new album with the past ones?

Taylor Made, - the title explains the music on the CD.  I love all styles of music -it's who I am, and what I am about.  I composed, recorded and produced this CD - so I put out the music the way I want people to hear it.  The project was very refreshing for me.

What is your “secret” DREAM? Happiness is……
To become very successful at what I do - reach people through my music.