An Interview with Wayne Jackson of the Memphis Horns: You must use your entire heart and brain with soulful intentions

"The music that I enjoy and play is Sweet Medicine to me."

Wayne Jackson: The Soul of Music

The Memphis Horns are the quintessential Memphis music combination - Andrew Love, tall, black and as mellow as one of his tenor solos; Wayne Jackson, short, white and as intense as one of his trumpet blasts.

Wayne Jackson recorded a hit song his first day in the studio. He's played on 52 Number One records and 83 Gold and Platinum records. He's toured the world and shared the stage with many of the most influential artists in modern music.

If there's such a thing as destiny, then it's safe to say Wayne Jackson has a purpose on this earth. From the time he was six telling his grandmother he would one day be on the radio to missing rides on Otis Redding's airplane crash and Stevie Ray's helicopter crash, life's been dealing him a deck of cards that just won't stop. Born in Memphis and raised across the river in the sleepy, cotton town of West Memphis, Arkansas, Wayne's love of music began with a guitar. Then one night his mother came home with a trumpet for her eleven-year-old son. "I opened up the case, and it smelled like oil and brass. I loved that, so I put it together, blew, and out came a pretty noise. My first taste of Sweet Medicine."

Wayne played in the junior high and senior high bands taking all honors at the local and state level. Soon he was sneaking out the back window to go play at the Jungle Inn on Highway Seventy. And then it happened. In the 12th grade, he found himself playing with a group called The Mar-Keys. They had a number one instrumental smash called, "Last Night." It was 1961. What followed was a magical ride making music history with Otis, Sam & Dave, Carla Thomas, Rufus Thomas, Isaac Hayes, Eddie Floyd, Albert King and the rest of the Stax Records roster. In 1969, Wayne and sax man, Andrew Love, incorporated as The Memphis Horns and began offering their signature sound to artists around the world. Wayne found himself in the studio with a host of stars such as Elvis, Neil Diamond, B.J. Thomas, James Taylor, Al Green, Aretha Franklin and out on the road touring with Stephen Stills, Rod Stewart and The Doobie Brothers.

Then in the mid-Eighties Peter Gabriel called, and Wayne's work on "Sledgehammer" catapulted him back on top of rock and roll. From that day through this day, Wayne has been in the studio with Neil Young, U2, Billy Joel, Steve Winwood, Bonnie Raitt, Sting, Jack White, Lenny Kravitz, Collective Soul, just to name a few, and on the road with Stephen Stills, The Doobie Brothers, Joe Cocker, Jimmy Buffett, Robert Cray, Luther Allison. To sum it all up, Wayne says, "My life, so far, has been filled with Sweet Medicine and is a bridge spanning five generations of American music."

Wayne just completed his second of four books about his life and adventures entitled, "In My Wildest Dreams - A Collection of Rock & Roll Tales Volume Two." He also writes songs for Sweet Medicine Music, the publishing company he formed with his wife, Amy.

The Memphis Horns - Wayne Jackson & Andrew Love - received a Grammy Lifetime Achievement Award, the highest award in the Recording Industry, on February 2012, at the Special Merits Awards Ceremony in LA. My first musical instrument  was the guitar, and the first songs I learned were Phil Harris'.  I was eight years old and did his Preacher and the Bear at a movie theater in a talent contest and won.

There must have been a hundred people there and the sound of them clapping and hooting for me, I was hooked and it has lasted all these years.

Phil Harris, Harry James are two that I remember, and they had a big influence on me.

Otis Redding was the most fun musically.  We learned so much from him.  Elvis...I knew that Suspicious Minds was a hit record when we were recording it at Chips Momans studio.  What a thrill.  I didn't know at the time what a powerful hit is would be I was happy to part of a record that would take Elvis to another plateau as an artist.  No more Teddy Bear.

Is there any similarity between the music today and the music of the ‘60s & ‘70s?

No.  The music of the 60s and 70s has passed into memory.  And the music of today seems to be searching for itself.   There is no Otis and Elvis.  They are gone to memory also

I remember having to play together with all the other musicians in the studio or risk Otis having to sing it again.  Nobody wanted that.  At that time, we worked with one track for the musicians and one track for Otis to sing on.  So everybody tried very hard not to make a mistake and stop the big machine.  That fact made us all better musicians. 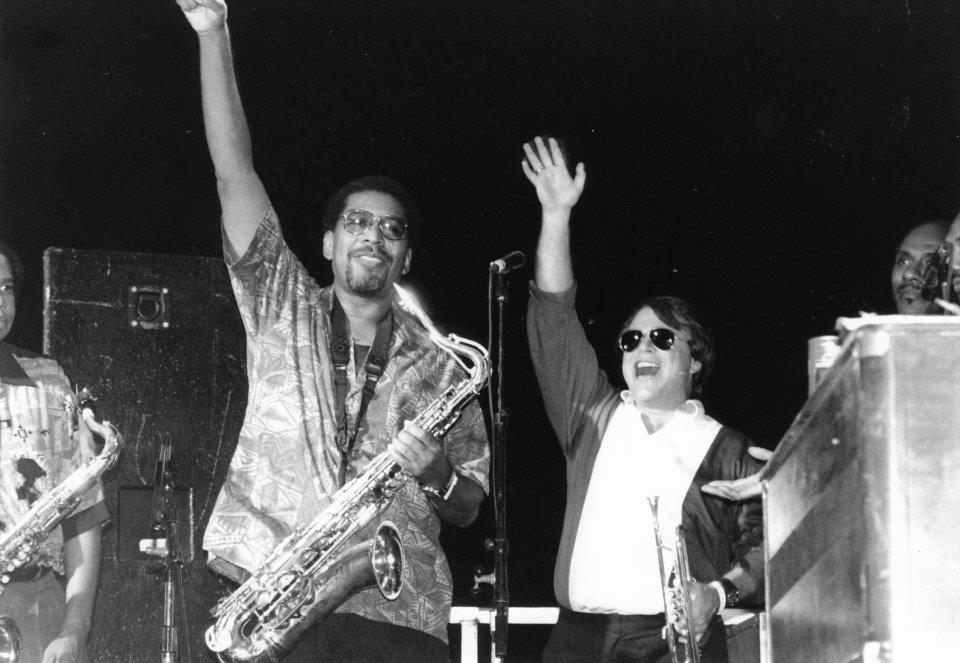 What kind of a guy is  Andrew Love ?

Andrew's sound is who he is.  Strong, sweet, honest and soulful.  Our tones match up perfectly as do our attitudes about the world.  And our sense of humor has lead us around the world laughing and enjoying each other's company.

Try A Little Tenderness is one song the horns really shine on.  Sledgehammer.  There are just so many.

Stax Records is where we leaned to do that.  To make an important statement in the song with the horns 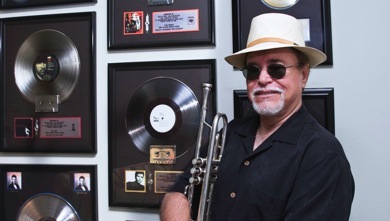 What makes the Memphis Horns so popular? What is your basic band philosophy?

Don't step on the singer and play lines that bring him and the song to life.

What characterize the sound of Memphis Horns?

Sound...sweet, sexy, beautiful are three I can think of to describe the sound Andrew Love and I made together.

The soul.  You must use your entire heart and brain with soulful intentions.  What comes through because your mind and your heart are set in that direction.

Did you ever expect, when you started recording, that the group would become such a big hit?

I always knew that Andrew and I had something special and that aspect of us kept us working.  But I never expected at the forefront of modern music decade after decade. 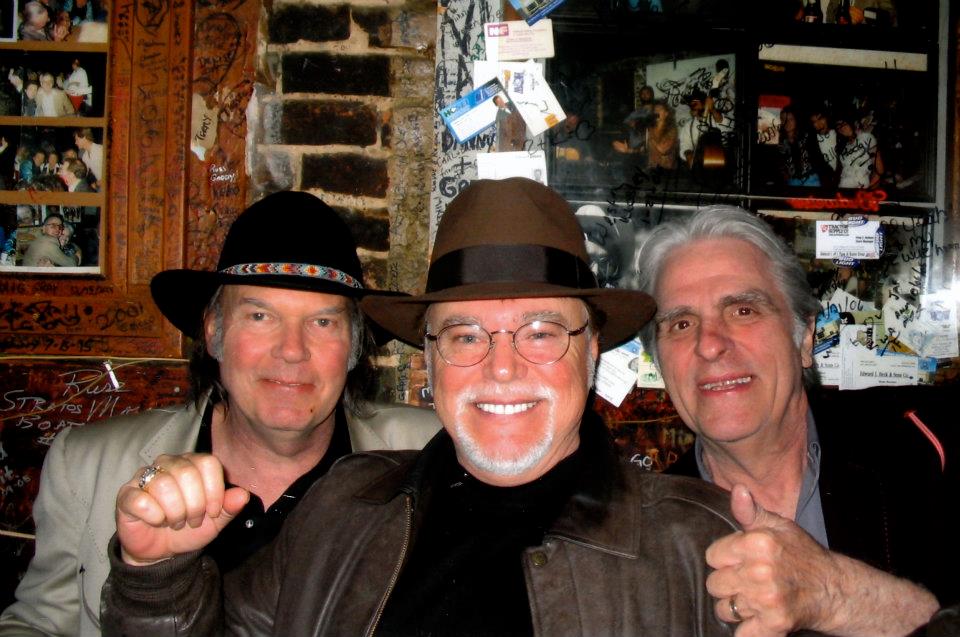 Let’s go back even further. What do you like about your very first sessions?

My first experience in the recording studio resulted in the instrumental hit Last Night on our band The Mar-Keys.  It was the first big hit on Stax and my gold record and set me on the path that I followed until today.

Which of  your session work would you consider to be the best?

Sledghammer, Dock of the Bay, I've been on 85 number one records and I have a special place in my heart for each one. 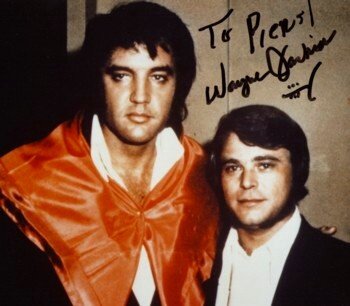 Otis, Elvis and Aretha the best.

Who is the "godfather" of the soul in Memphis?

As a great musician who loved music and the life it gave him.

I wonder if you could tell me a few things about the story of: "In My Wildest Dreams - A Collection of Rock & Roll Tales”

I wrote In My Wildest Dreams - Take One about my life from childhood through 1969. It opens at Sting's castle where I was recording and began to get the idea for a book. Then it goes back in time and contains stories from my growing up in Arkansas, the beginning of my career with The Mar-Keys, my years as a member of the Stax House Band, the European Stax/Volt Tour of 1967, recording with Elvis, working in the other famous studios, the Monterey Pop Festival with Otis.  There is also a segment called On The Record where I reflect on some of the songs I've played on.  This book is currently being formatted for digital release to make it easier for people overseas to purchase and for actual book release, hopefully in time for the Grammys.

I am going to be receiving the Grammy Lifetime Achievement Award, the highest award given by my industry, in February. I never expected it so it is going to be an amazing experience. This book is all about the things that have happened to me by the grace of God and a lot of hard work.  Stuff that would have never happened even in my wildest dreams, just like this award.  There are only 160 recipients of this award since 1962 when Bing Crosby received the first one.  It is HUGE! 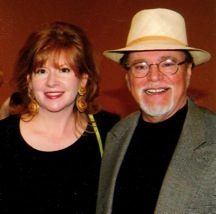 Happiness is hearing ourselves on the radio in a hit record.  That is as good as it gets.

Y'all save a hotel room for me and my wife in Athens, because we're coming.

and one last question. What do you think is the Sweet Medicine Music?

The music that I enjoy and play is Sweet Medicine to me.