Carl Waldman is a published author and screenwriter who has worked in both fiction and nonfiction and has written history blogs for the Beekman 1802. He is also a musician and producer who has directed and hosted musical events in New York City and upstate New York. He is author of a number of reference books published by Facts On File, including Atlas of the North American Indian and Encyclopedia of Native American Tribes, both originally published in the 1980s and both in their third editions. He is the co-author of Encyclopedia of Exploration (2005) and Encyclopedia of European Peoples (2006). Carl has also done screenwriting about Native Americans, including an episode of Miami Vice entitled “Indian Wars” and the Legend of Two-Path, a drama about the Native American side of Raleigh’s Lost Colony, shown at Festival Park on Roanoke Island in North Carolina. His hobbies include music and he works with young people in the Performance and Production Workshops at the Cherry Valley Old School. Carl is brother of poetess Anne Waldman and father of saxophone player Devin Waldman. He living in Cherry Valley, and is a former archivist for the New York State Historical Association in Cooperstown.

Tell us about your connection to the Beat literary scene.

I grew up in Greenwich Village – on MacDougal Street – so I was surrounded by Beat culture, even though the heyday had passed. And of course I’m Anne Waldman’s younger brother. I’m not a poet, rather a prose writer and songwriter. But because of my sister’s involvement in the poetry scene, I’ve attended many poetry readings, especially at the St. Mark’s Poetry Project, and I’ve met many Beat-influenced poets. And in 1972 I was caretaker of the East Hill Farm in Cherry Valley, NY, run by the Committee On Poetry foundation that Allen Ginsberg established.

What for you is the relation between the Beats and jazz and blues?

As it is well-documented, the Beat poets were regulars on the New Yorn jazz and blues scene and were influenced by the musicians’ lifestyles, their dedication to their art, their use of hipster language, and their use of improvisation. Ginsberg referred to jazz musicians as “Secret Heroes.” But to me the most intriguing connection is in the writing itself. On listening to poets like Charley Plymell and Ray Bremser, I’ve heard jazz-like meter, syncopation, swing, along with the soul of blues. “Bop prosody,” it’s been called. It was no doubt a two-way street back in the day, jazz players taking inspiration from poets too. What is the “feeling” you miss most nowadays from the Beat “family” and era?

The Beat movement brought a sense of hope, of social progress in breaking through oppression and bigotry. With all the regressive politics these past elections – lying and dirty tricks, such as voter suppression, as well as campaign finance reform going nowhere – it feels like we’re moving backwards.

Why did you think that Beat writers and jazz and blues musicians continue to generate such a devoted following?

Good writing and music endures through the ages. But the Beat movement also still resonates through the example set by individuals who lived creative and adventurous lives.

What are some of the most memorable meetings with Beats you've had?

The East Hill Farm formerly had a pumping system called a hydraulic ram. A ram uses gravity from water running from a hillside to pump a percentage of the water back up to a holding tank for the house. It was fussy and needed constant attention. One evening when it wasn’t working, I went down to the ram house with Allen and Peter Orlovsky. We all tried our hand at adjusting its setting to get the water flowing uphill again. Between the three of us – somewhat challenged as handymen – we got it going again. Another great memory is shooting baskets with Jim Carroll on an outside basketball court I made in Cherry Valley. We both had played basketball at New York City private schools in the 1960s and had stories to share.

I’ve joked too that Ray Bremser made me feel at home in a small town after growing up in the big city because he would hang out on Main Street in Cherry Valley and panhandle. “Hey, Carl, got a quarter?” He always had words of wisdom in the process so the experience was worth lots of quarters whatever he wanted them for – codeine-based cough syrup or otherwise. 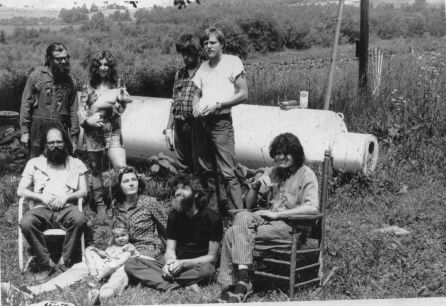 At a poetry event in Cherry Valley in August 1998 – the Cherry Valley Arts Festival – he was a mad heckler of other performers. It made for an exciting time. He died three months later of lung cancer. We scattered some of his ashes up on East Hill. Speaking of Jim Carroll and Allen, Ray, and others, I often think about Jim’s song “People Who Died.”

In your opinion what was the reason that made New York to be the center of the Beat, avant-garde and jazz culture?

Ah, New York – it has a special kind of openness. People there demonstrate a willingness to accept varying lifestyles. History is around every corner, but forward-thinking and experimentation in the arts has helped make that history. I love the city’s fast-paced edginess and I balance that out with the more easygoing rural rhythms of upstate New York. I write about both settings in my novel, Streetscape: A Jake Soho Mystery, now available as an eBook at Alva Press, as well as at Amazon, Barnes & Noble, and iBooks. Yes, I too have gone over to the digital side! I prefer the feel and smell of books, but I also like the idea of this novel of mine out in the virtual realm – floating electronically as it were, waiting to be snatched up.

What’s the difference and similarity between in New York way of life today and the original beat era?

There’s more corporate influence, and the one percent – the super rich – seem to have a greater hold on culture. The blues and jazz  scene certainly isn’t as vital as it once was in the city although there’s good music to be found if one seeks it out. In any case, New York still is a great setting for one’s artistic journey. And it seems a safer place to wander the nighttime streets and ride the subways now. There are still pockets of avant-garde culture and of activism as with the Occupy movement that erupted last year. The intensity and day-to-day challenges of the place keeps one’s senses in overdrive. The rats and roaches endure down below even as the corporate steel and glass skyscrapers extend upward. People, rats, and roaches all took a beating in Hurricane Sandy, but the city’s coming back after this latest new wild and wooly chapter in its eventful history. 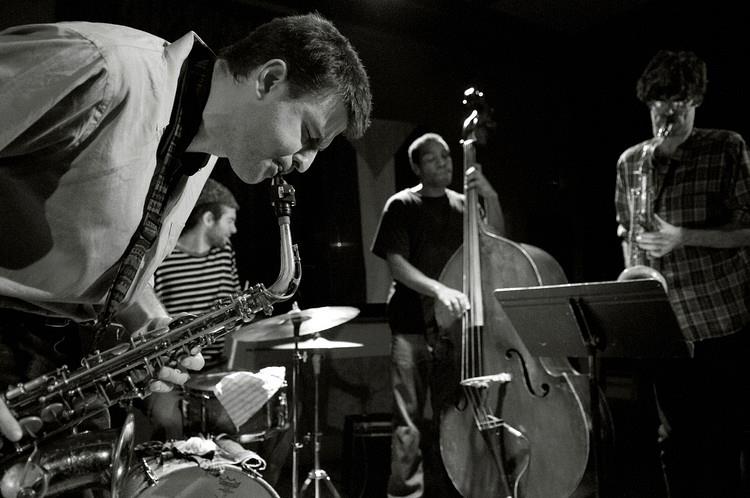 I play rock music and work with kids in the Performance and Production Workshops at a community space we have in Cherry Valley – we call it the Old School Cafe. Knowing how central popular music is to kids in defining their identities, I think rock ’n’ roll will always be with us as well. It has its basis in the blues and draws on jazz elements, such as improvisational solos. Think Jimi Hendrix who made his blues and jazz chops part of the rock scene in a timeless sound. But much of rock is attached to specific eras. It may bring back some wonderful memories, but the styles more likely feel dated than blues or jazz. The virtuosity of jazz musicians is awe-inspiring to me, as it reportedly was to the early Beat writers. My son Devin Waldman has taken that challenging path and I well know the dues he’s had to pay. He plays in several bands in Montreal – one of them he calls Brahja Waldman’s Quartet. He’s also played a number of gigs with my sister Anne on his alto sax. There’s a place where jazz and poetry meet, two distinct voices talking to each other.

Anyone else you know from the arts scene that you’d like to mention?

I already mentioned Charley Plymell, but I want to add that backing up his poetry on guitar at a benefit for the Cherry Valley Old School community space was a great honor. Patti Smith certainly comes to mind as someone who has brought poetry and music together. I knew her first as a poet at St. Mark’s , but she sure had a rock’ n’ roll way about her even then. Jack Walls – an old friend of hers and of Robert Mapplethorpe – is another individual who has a special kind of New York City sensibility as an artist and a writer. We’ve made some treks together from upstate to events in New York City. I did a foreword for his book The Ebony Prick of the White Rose's Thorn . Also, I assume you’re aware of the connection between Angelos Sikelianos and the Waldman family. My mother Frances LeFevre Waldman was married to his son Glaukos and lived in Greece with him before World War II.  They had a son Mark before she married my father John Waldman. Glaukos remarried and had other children as well, so Anne and I and his children, sharing an older half-brother, grew up knowing each other. Chris Sikelianos, who also lives in Cherry Valley, sure can play the blues. His niece Eleni Sikelianos is a poet and, like my sister, has taught at Naropa University in Boulder, Colorado. My mother Frances mastered both modern and ancient Greek and published a translation of The Border Guards: Poems of the Greek Resistance. Carl Waldman talks about the jazz and poetry scene at Cherry Valley to SUNY Oswego's students. Photo from Road to Kerouac county

Poetry and music … can these two arts confront the “prison” of the spirit and mind?

History tells us they already have.

One thing that comes to mind is the spirit of resistance among historic figures from both scenes. I’ve never thought of a connection between, say, Allen Ginsberg and Chief Joseph of the Nez Perce, but they both stood up for what they believed and they both had a way with words.

How would you like to spend a day with Charlie Parker?

Listening to him live with my son there too.

Thanks for the inspiration.