"Blues and rock music has shaped and changed culture and history, starting in this country but influencing the entire globe in it’s reach. All modern rock and pop music is originally rooted in blues and roots music."

Jake Andrews: Livin' With The Blues

Jake Andrews born and raised in Austin, Texas, began playing guitar at age 5, taught by his father, John Andrews of the 60′s Roots Band Mother Earth. Since the age of 8 he has been trading licks with and opening for such masters as Albert King, B.B. King, Albert Collins, Buddy Guy, Otis Rush, and Jimmie Vaughan, starting at his hometown’s legendary club Antone’s. By his early teens he was wowing audiences and fellow musicians at such premier blues venues. He has performed at major festivals with Ray Charles. By the age of 17, Andrews was signed with Jericho Records and began working on his debut album in L.A. In 1999, he released his debut album "Time to Burn" with producer John Porter. The record was supported with a national tour with artists including: Allman Brothers, Doobie Brothers, Susan Tedeschi, Boz Scaggs and George Thorogood. Livin’ in the Grave, Andrews’ fourth solo effort, released in 2011 features two instrumental tracks that underscore his reputation as one of the finest guitar players today. Andrews invited guitar legend Eric Johnson to be featured on the album. 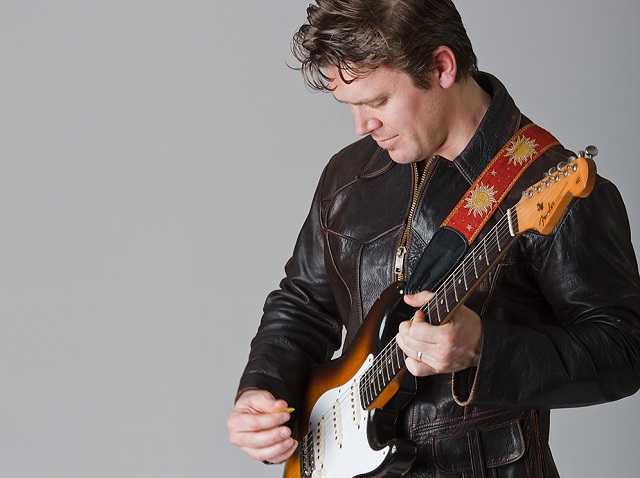 Andrews is featured on guitar throughout the solo album by Paul Jones released 2009. Paul Jones is known to many as the singer of the British Invasion band Manfred Mann. The Jones album also features the legendary Eric Clapton on guitar and other highly accomplished musicians. An instrumental track from this album, co-written by Andrews, earned him a 2010 Grammy pre-nomination. In 2006, Andrews joined Guitar Shorty on his Alligator Release “We the People” accompanying the legendary bluesman, and former brother-in-law to Jimi Hendrix, on the album. The album won the Blues Music Award for Contemporary Blues Album in May 2007. Andrews hit the road with Guitar Shorty in 2006 in USA and Europe. In 2002 Andrews released a self-titled second solo album on the Texas Music Group label produced by Carla Olson. In 2008 Andrews released a third album “Feelin’ Good Again” full of original material. Jake continues to work as a studio musician lending his guitar chops to projects in Austin and Los Angeles. Andrews will be released his fifth solo album in 2016.

I’ve grown up surrounded by blues and roots music my entire life. My father John “Toad” Andrews was guitarist with the 60’s and 70’s group “Mother Earth”, and met and played with many legends including  BB King, Howlin’ Wolf, Bobby “Blue” Bland as well as many of the 60’s artists like Jimi Hendrix, Johnny Winter, Duane Allman and Steve Cropper. I was exposed to live music and concerts since I was born, going to many blues shows with my father starting at age 5 or 6. By the time I was 8 years old, I started sitting in with legends such as Albert King and Buddy Guy at Antone’s blues club here in Austin, TX. Soon I was fronting my own band opening the shows, and then started recording my own material and releasing my own records as a teenager. This music has been my life, passion, upbringing and career, and I feel extremely fortunate to still be able to play this music in front of blues and rock fans.

How do you describe Jake Andrews sound and songbook? What characterize your music philosophy?

I am at the same time a purist and someone constantly seeking new sounds, material, and influences. I am just as happy playing old blues and rock and roll songs note for note, as I am performing my own material which often does not come across as straight blues. My new record in fact is a lot heavier, louder, and more rock influenced, but I enjoy being able to switch styles and genres effortlessly. When I write songs, I never try to categorize the sound or intentionally try to write a certain style of song. I allow whatever I am inspired with to come out and that may be a very rootsy sounding song or it may sound like more of a radio rock song or it may even sound like a fusion guitar instrumental. But my foundation is blues and early rock and roll, and those influences always come across regardless of what songs I write. 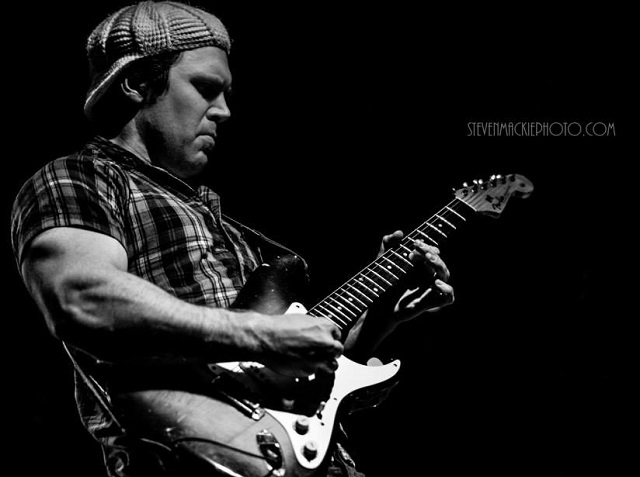 "I wish it wasn’t quite so easy to record yourself at home or on the internet...many talented younger artists also lack depth and maturity that only comes from years of perfecting your craft and talent doing shows in front of live audiences." (Photo by Steven Mackie)

Why did you think that the Texas Blues scene continues to generate such a devoted following?

Texas is a big place, with an independent spirit that locals are often fierce about. It has nutured many artists and musicians through the decades, many of the biggest legends in blues music especially...Blind Lemon Jefferson, T-Bone Walker, Bobby Bland, Johnny Winter, Jimmie and Stevie Ray Vaughan...the legendary Robert Johnson recordings were recorded just south of me in San Antonio, TX as well as Dallas, TX. Texas blues is unique and carries that independence with it, and I think its sound and mystique is infectious.

As far as some of the many notable artists I’ve played with, getting the opportunities to hang out with and play onstage with Albert King, Buddy Guy, Albert Collins, and BB King were of course the highlights. Those artists are mostly gone now, they’re from another era that has passed and will not return. So I am always amazed and grateful that I was able to experience those days. When I was young, I only played guitar, didn’t sing, and some of those guys would tell me that I need to start singing and writing songs, so that I would not just be a side guitarist. Also, Buddy Guy told me “kid, if you wanna play like Albert Collins and Albert King, then you need to throw away that pick and play with your fingers!”

Are there any memories from Albert King, B.B. King, Albert Collins, and Otis Rush which you’d like to share with us?

Opening for BB King at his 70th birthday in his club in Memphis, TN was so great, and hanging out with him on his bus after the show, he encouraged me to continue my education. He told me that even when he was selling records and becoming known in the early days, he still would have to go out to pick cotton during the day to make money! I couldn’t believe that, but it’s true. 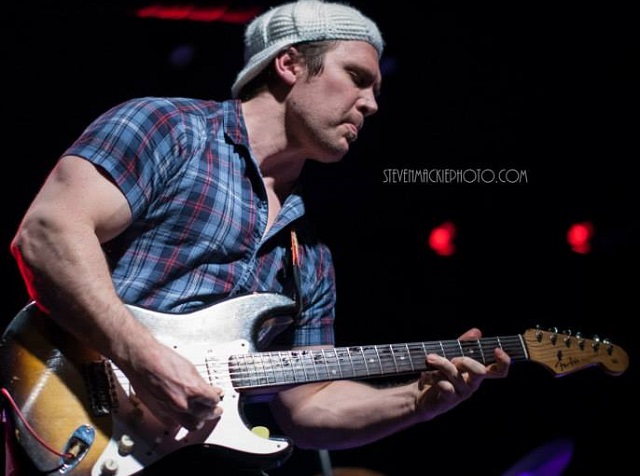 "I’d love to go back to the late 1950’s and early 1960’s, and get to hang with my father as he went and played in clubs with BB, Albert, Bobby Blue Bland, Jimi Hendrix and others. His stories are great, and I wish I could have seen those things and those days myself!" (Photo by Steven Mackie)

I do miss those days, when the older generation still were here, and not just anyone with a guitar and the internet or Youtube could learn how to play “blues”. These guys really lived what they sang about, they weren’t imitating anyone else, they each had a completely unique sound and style, and they were accessible to young guys like me that wanted to learn from them directly. That isn’t available as much anymore.

I wish it wasn’t quite so easy to record yourself at home or on the internet...many talented younger artists also lack depth and maturity that only comes from years of perfecting your craft and talent doing shows in front of live audiences.

What has made you laugh and what touched (emotionally) you from the legendary club Antone’s of Texas?

Clifford Antone was a great mentor and friend, and we shared so many nights together hanging out at his club and listening to the best music ever! We all were devastated when he passed away but will always honor what he did to bring blues music to a wide audience.

What is the impact of Blues and Rock music and culture to the racial, political and socio-cultural implications? 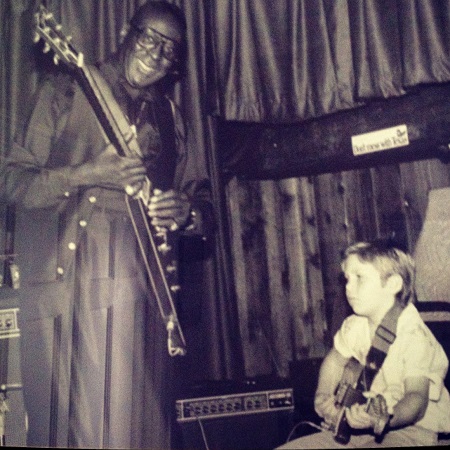 Of course, blues and rock music has shaped and changed culture and history, starting in this country but influencing the entire globe in it’s reach. All modern rock and pop music is originally rooted in blues and roots music.

"This music has been my life, passion, upbringing and career, and I feel extremely fortunate to still be able to play this music in front of blues and rock fans."

I’d love to go back to the late 1950’s and early 1960’s, and get to hang with my father as he went and played in clubs with BB, Albert, Bobby Blue Bland, Jimi Hendrix and others. His stories are great, and I wish I could have seen those things and those days myself!