"Hopefully, we will see another music revolution soon, as it is nearly impossible for the Indie musician to keep re-inventing himself for the sake of survival."

The author, Vicki Welch Ayo, a single mom raising her 15 year old son, Joey, now resides in southern California close to her older sons, Matt and Nick. She spent her early childhood years in the Houston area, where she was immersed into the music revolution sweeping Houston during her teen years in the 1960s. As a former singer in two bands of the era, Haywire and the former band of Mickey Gilley, the Silver Eagle Express, Vicki was forever engaged in the music industry with musician friends and groups of the era. 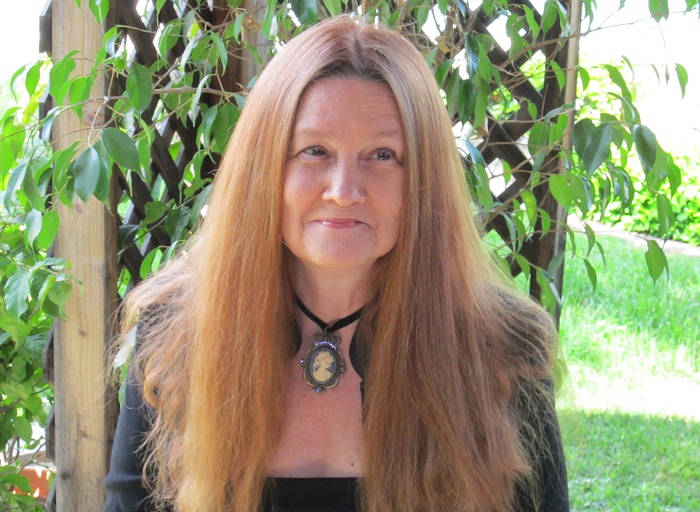 As a high school graduate and after moving to California, Vicki attended Fullerton College in Fullerton, California and later Valley College in Irvine, California, studying Computer Information and Digital Media.  Since those early years, her passion for music has always been a cherished portion of her life which recently exploded into her newest book, Boys From Houston, which details the revolutionary music transition in the Houston area during the Viet Nam war and the political unrest of the 1960s. At this time, she is actively engaged in research for her second book continuing the exciting story of music in the Houston area during the era of the 1970s.

How started the thought of Boys From Houston?

The musical era of the 60s has always been a magical and memorable time in my past, so naturally the musicians and bands of those days were most prominent in my memories.  As I recalled listening to Roy Head & the Traits performing their hit song, Treat Her Right and Fever Tree mesmerizing me with their song, San Francisco Girls, I began wondering what happened to all of these groups that have been so much a part of my life.  In 2005, I could find very little on our individual bands and really nothing on the Houston music scene as a whole, so that is when my inquisitive nature started me on my journey to locate, interview and develop a permanent record of these musicians, bands and events.  That initial concept has exploded into my new book, “Boys From Houston”. 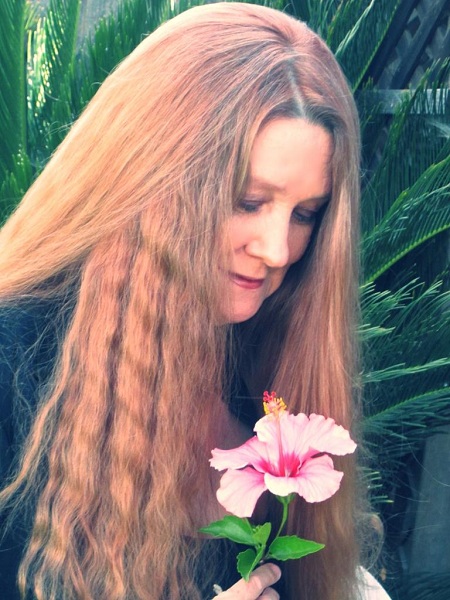 Music affects me profoundly and has inspired me since I was a small child.  In fact, when I was five years old, I was already singing the song, Jim Dandy to the Rescue.  Music has always meant everything to me.  The music that I listen to is relative to my moods at the time.

What experiences in your life have triggered your ideas for the book?

During my high school years, some of my friends formed a band called the Dimensions, and then later they changed their name to the Sound Investment.  They invited me to a new teen club that where they were performing called The Vault, an old, abandoned, underground bank building with a really cool vault.  As I descended the stairs, I was lured by the sound of the Farfisa organ and infatuated with the strobe lights.  I knew that I had found my nirvana.  I was overwhelmed and amazed with the sounds.

During these times, I had a teenage friend, Shannon Taylor, who was a born musician.  He and I spent many, many hours sitting on the hill at Strawberry Park, fascinated with the new sounds coming out of the boom box, grooving to bands such as Dylan, the Kinks, the Stones and of course the Beatles.  They were our love and inspiration.  We were always comfortable together with the music present, and I distinctively knew that he would become the great musician and that I, somehow, would be the one telling his story.

I believe that everybody I interviewed provided a piece of the story, which altogether, provided the soul of my book.  All of them meant a lot to me.  When Clementine Hall shared memories of her friendship with Janis Joplin and Jill Gibson told me her story of her days with the Mamas & Papas as well as her photographing the first album cover for the Fever Tree in La Porte, Texas, I knew that these were very special additions and unexpected treasures for my book. Now is the most important and interesting time in my life, because through my book, I can give back some of what I have learned during my musical journey.

How do you describe 60s Houston sound and progress, what characterize Houston’s music scene?

One summer, when I was a child, my parents took us to Mississippi.  During the trip, we stopped in Louisiana so that they could eat gumbo, a mixture of ingredients merging to create one favorite dish.  That is how I envision Houston music of the 60s, a blend of sounds from the Louisiana swamps, mixed with Rhythm & Blues, a little bit of soul, some West Coast sounds, and the sounds from the British invasion.  Then we added our own flavorings of bayou music from the area to culminate into the greatest music that has ever been produced.  Finally, I believe the music scene was characterized by the many who struggled to survive, as well as change a very traditional and oppressive environment and status quo.

Why did you think that the 60s Houston music continues to generate such a devoted following?

The 1960s were a time of change and revolution throughout the country.  The new music generated out of Houston, Texas was new and exciting and not part of the establishment.  We rallied around these new sounds and our friends who were playing the music.  Many of our bands possessed incredible talent that has endured.  Some of them were our first loves and we are very loyal.  Houston, Texas was the transition place for kids moving back and forth from the East Coast to the West Coast, so there was a lot of exposure to the sounds.  Now, it is stylish for some new groups to re-record some of the original tracks with their own blend of music.  I believe that music has come full circle and we are coming back to our roots, thereby once again, increasing the popularity of the 60s music.  Many venues are now promoting some of the early 60s groups in their clubs again and once again, Houston is in the middle of a musical happening based on 60s music. 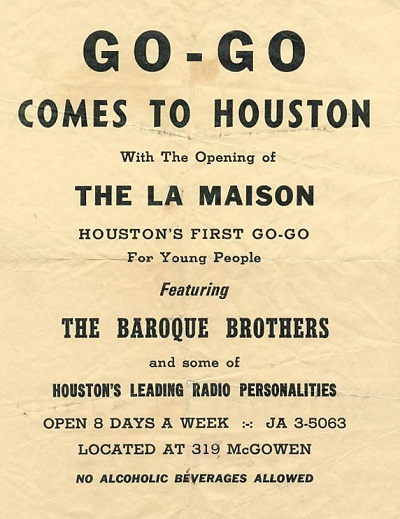 Many of the interviews in my book, “Boys From Houston” detail the experiences and memories on stage and backstage.  It is told from the musician point of view as well as the club owners.  Important stories of venues such as La Maison and the inception of Love Street are told by the owners and the operators of the venues.

Do you remember anything funny from Anderson Fair Retail Restaurant?

I did not attend Anderson Fair until the early 1970s, when I dated one of the owners.  I will be telling more about those days in my next book, “Musicians From Montrose.”

I was fortunate enough to attend some early Blackwell band practices with John “Rabbit” Bundrick in Deer Park, Texas at, I believe, Terry Wilson’s house.  My dad also booked the bands to play at the Elks Lodge in Pasadena, Texas.  We would pass out flyers during the week to advertise the coming show that weekend.  I saw many bands perform there, including the Fever Tree, T.H.E. and Bubble Puppy.  I saw the 13th Floor Elevators for the first time at The Vault when I was fourteen years old.

From the musical point of view what are the differences between Houston and the others scenes in USA?

I have not had much experience with the music scene in other cities or states, but I know that Houston bands produced a lot of recordings that were continually played on Houston radio stations KILT and KNUZ, as well as Austin radio stations.  Many bands from other areas migrated to the Houston area because of the opportunity to play in the vast number of venues designed for listening to live performances and dancing, as well as possibly earning a recording contract.  Also, many Texas musicians and some bands moved out to the West Coast which generated more exposure and impacted other areas with the Texas music sound of the 60s 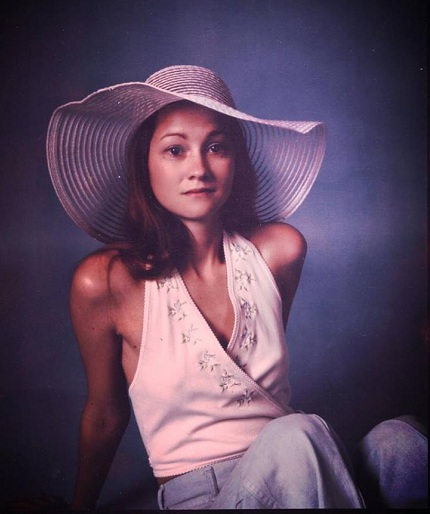 I miss the excitement, the energy and the raw creative power.  It was a time of exploration, experimentation and originality.  Hopefully, we will see another music revolution soon, as it is nearly impossible for the Indie musician to keep re-inventing himself for the sake of survival.

What has made you laugh lately and what touched (emotionally) you from the music nowadays?

My most emotional moment so far was attending the Buffalo Springfield reunion show at the Wiltern in Los Angeles, California.  Their dynamic music made the same positive impact on me now as it did in the 60s.  Of course, the show generated lots of nostalgia, but it was so much more.  It blew me away like nothing else has.  They literally lifted me and transported me back through a time machine.  The musicians were that good!

What are the lines that connect the legacy of Blues with Soul and continue to Garage and Rock & Roll?

I talk about this in my book where I relate to the early R&B legends and their major impact to the music of the Garage bands as well as Rock & Roll all around.  To me, it is all about the relationships between the past and the present, as well as giving credit to the R & B musicians and groups that were basically the inspiration.

When we talk about Rock usually refers to memories and moments of the past. Do you believe in the existence of real Rock nowadays?

I have to use the 60’s as my yardstick and that’s a hard act to follow.

Let’s take a trip with a time machine, so where and why would you really wanna go? What from your memorabilia and things (books, records, photos etc.) would you put in a "time capsule"? It would be fun to go to Laurel Canyon in the 60s or maybe to England.  Anywhere that 60s music originated or played would provide tremendous fulfillment for me.  I loved the music, clothes, lifestyles and spirit of those days.  My “time capsule” would contain a stick of Wrigley’s spearmint chewing gum that a hippie at Allen’s Landing gave to me one night at Love Street.  My mother told me not to chew it because it probably had LSD in it.  I would also add my blacklight and posters, feather earrings, peasant blouses, beads and my psychedelic halter top that I made, which looked so groovy under a blacklight.  I would have to include my enormous record collection, my transistor radio that I listened to in bed and the Top 40 Records of the Week that my sister and I won from KILT radio station.  Last, but not least, would be my posters of the Beatles, the Beach Boys and all my favorite groups that covered every inch of my bedroom walls.  The 60s were a special, unforgettable time in my life when things made sense.