Hubert Sumlin, who gained blues fame as a guitarist for the legendary Howlin' Wolf from about 1954 to 1976, and in more recent years as a solid performer on his own, died at Sunday 4 December. His death closes yet another window into blues history.

Hubert Sumlin, who died of heart failure Sunday at 80, is a crucial figure whose remarkable, mercurial, breathtaking style and long-standing legacy (Jimi Hendrix and Stevie Ray Vaughan owed him a debt; Keith Richards, Jimmy Page and Eric Clapton even more so) is a subject for far more scholarly scribes. But what everyone who learns anything about the blues should know, of course, is that as Howlin’ Wolf‘s guitarist, from the mid-’50s until Wolf’s death in 1976, Sumlin was responsible for some of the most enduring and electrifying blues music of any era, from any region. (He’s most closely associated with Chicago, where he migrated as a young man after being born in Greenwood, Miss.)

“Smokestack Lightning,” “Wang Dang Doodle,” “Spoonful” (famously covered by Cream), “Back Door Man,” “Hidden Charms” (boasting some of his most incredible playing), “Three Hundred Pounds of Joy,” the vicious “Killing Floor” (later one of Hendrix’s most wicked jams) — all of them bear the unforgettable mark of Hubert Sumlin as much as they do Howlin’ Wolf or any other blues vocalist with whom he worked.

Even in his later years, when he would perform with an oxygen tank at his side after having had a lung removed from cancer in 2002, Sumlin’s fretwork could still be astonishing. At his peak, on those seminal sides for Sun Records and Chess Records, his playing was often nothing short of a jolt to the senses — so ironic, considering what a quiet, gentle soul he reportedly was.

Yet had he only cut a handful of those most galvanizing records with the Wolf, Sumlin still would have been powerhouse enough to rank as high as he did on Rolling Stone’s recent list of the 100 greatest guitarists of all-time.

Sumlin was inducted into the Blues Foundation Hall of Fame in 2008. 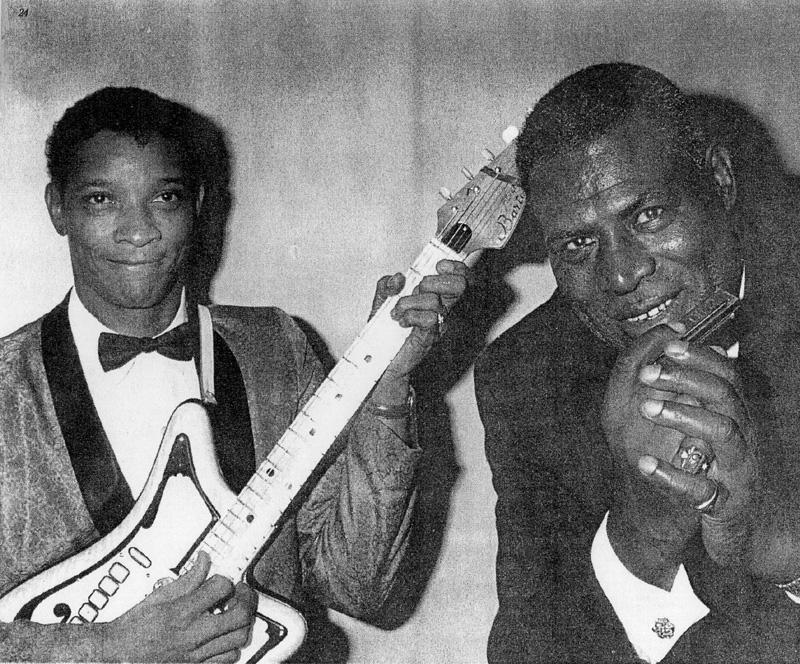 BluesWax, The Ezine - ATribute to the Great Hubert Sumlin