"Life is always interesting and always changing. It’s all good. As long as you’re alive anything can happen."

Big Jim is just a blues lover 30 plus years who has been lucky enough to be friends with Walter Horton, Sugar Blue, Louisiana Red, Billy Branch and Joe Filisko. 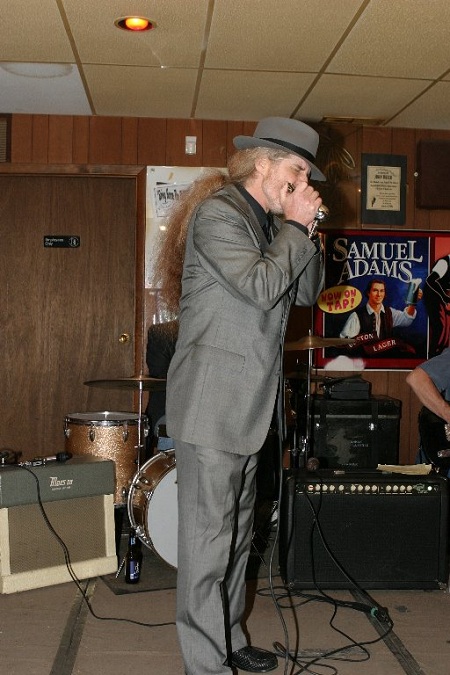 Jim was also lucky enough to spend time talking with Willie Dixon 4 or 5 times backstage and to be able to go to Muddy Waters house once and Floyd Jones house once and visit Sunnyland Slim in the hospital once and hang out with Otis Rush a few times and once with James Cotton for a few hours. He doesn’t have a job unfortunately. He sold sports memorabilia for 20 years but never really made any money. Jim was assistant manager and manager of a cigar shop for about 5 years about 15 years ago. Way back in 79-80-81 he compiled the Walter Horton discography for Jim & Amy O'Neal when they owned Living Blues magazine but it was never published at the time. Jim Themelis is just a PURE ORIGINAL blues fan.

Jim, are you Greek?

I was adopted so I don't know exactly what nationality I am. I have a Greek last name which I am proud of but eating gyros and saganaki is as close to Greek as I come and that may just be Chicago for all I know. Opa!

I was into Rock from the sixties and early 1970’s since High School was “71-75” didn’t really know Blues was part of rock even. I first discovered a Sonny Terry & Brownie McGhee live album at the library with “Blowin The Fuses” and started to notice & like harmonica around 1975. In 1978 I was living in Chicago and bought the Alligator album Big Walter Horton with Carey Bell. I bought the album because it had 2 harmonica players. I had never actually heard of either man. That was the first Blues album I ever bought. I was friends with a young couple that had a 3 year old daughter. I had only listened to one side when my friends said they were going to see Walter Horton that night with Jimmy Rogers at Elsewhere so I went along that night. When we sat down Walter who was very drunk, probably the drunkest I ever saw him, sat down at our table between me and the 3 year old girl and sang “Hard Hearted Woman” to the little girl for 10 minutes and did the rest of his part of the set sitting at our table. From the first note and every note he played that night I was just mesmerized and in awe. I had never heard anything like his playing. That was how and when I fell in love with the Blues. Lovie Lee (Muddy Waters last piano player) once asked me to sing a song when I was sitting in with him. I told him I don’t sing. He said “You got teeth and tongue don't you”? Maybe that’s the biggest secret about Blues music I ever learned.

Tell me a few things about the You Missed Monday, how that came about?

Joe Filisko asked me to write a newsletter about what happened in his class every week. Why he asked me I have no idea because I have no idea about the structure of the English language or how to write anything. He’s either an excellent judge of talent or figured I had more time than anybody else in class. One of his students Kirk “Corporate Kirk” Manley had recently written a song called “You Can’t Miss Monday” which is the day Joe has his classes at The Old Town School Of Folk Music. That’s where the name came from. I just wanted to report to people a little bit about what happened in class each week for people that weren’t there or weren’t paying attention in class. I tried to keep it funny while educating people about Blues Harp recordings and Blues Harp history. I handed the newsletter over to Grant Kessler and Kirk Manley 3 years ago when I moved to Tucson, AZ. They have actually turned the newsletter into a much more polished, professional and informational publication. Plus Joe allows them to insert his transcriptions in there each week now. 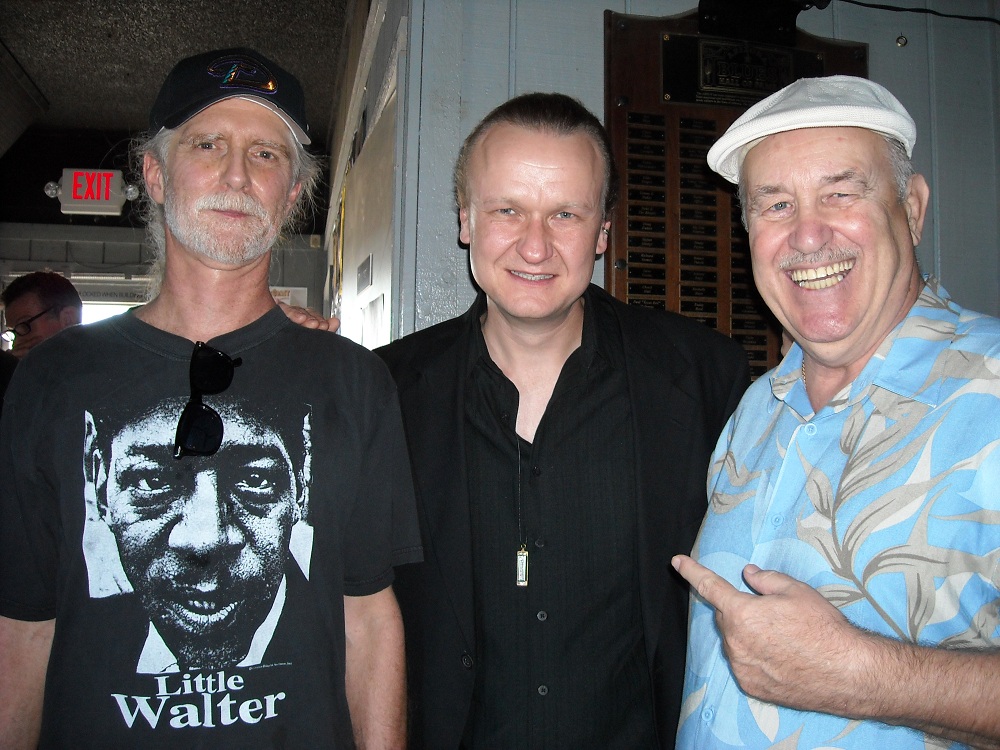 What's been their experience from “studies” with Big Walter Horton?

If you’re talking about Joe Filisko teaching Walter Horton in class, I think he has done a great job of teaching how to play like many of the great and obscure harmonica players. He’s gone on extended streaks of many weeks teaching John Lee Williamson, George “Harmonica” Smith, Little Walter Jacobs, Rice Miller and Big Walter Horton over the years so I think he helps produce a more well rounded Blues harmonica player than you typically hear around the world.

Why did you think that Big Walter Horton continues to generate such a devoted following?

Big Walter Horton was one of the big 4 that wrote the book on Chicago Blues harmonica along with John Lee Williamson, Rice Miller and Little Walter Jacobs. He is acknowledged as having the biggest most powerful tone of any harmonica player and also played some of the most beautiful and delicate harmonica ever recorded. I don’t think any harp player produced a wider range of notes or dynamics than Big Walter. I still think Big Walter Horton and John Lee Williamson are under appreciated. Many more people are/were influenced by Little Walter and Rice Miller. I hope more people would seek out the huge catalogue of recordings that Walter Horton left us. I originally compiled a complete Walter Horton discography back in 1979-1981 and Joe Filisko finalized it and is the keeper. Many people worked very hard to help assemble the discography through the years. I would advise anybody that likes blues to check it out at Walter Horton's discography . Also I would advise any harmonica player to seek out as many of these recordings as you can and try to incorporate as many of his techniques as you can into your repertoire. What advice Walter Horton has given to you, and which memory from him makes you smile?

I don’t know if Big Walter ever gave me direct advice but… I met my beautiful wife to be in July 1981 and she would go to the bar with me every Sunday & Monday when Big Walter played at B.L.U.E.S. in Chicago. After a very few times there he would tell everyone that he had played at our wedding. He died in December 1981. We were married in February 1982. So he did indirectly advise me to marry the woman I’m still in love with. I wish he could have played at our wedding.

Both of these stories make me smile.

Life is always interesting and always changing. It’s all good. As long as you’re alive anything can happen.

How has the blues changed over the years since you first started in music?

Well mostly many of the greats have died.

Get an education. Playing music is a very hard way to make a living. You have to love it to put in the 1000’s of hours it takes to master playing/singing and then you have to master performing and how to survive on the road and the business end booking, marketing, recording. You should definitely sing and write your own songs to have more control and have more chances to succeed.  You can have the greatest technique in the world and never succeed at all so you need to have an education to fall back on even if it’s just to make enough income to pay your bills so you can survive as a musician. 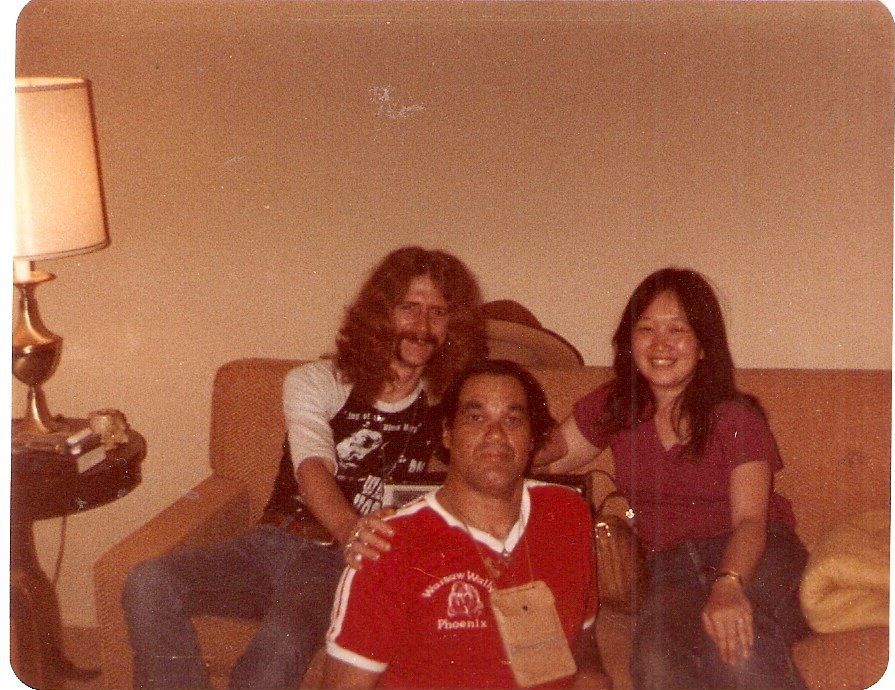 How did you first meet Louisiana Red, what kind of a guy was?

I met Louisiana Red on the second week of my honeymoon in Phoenix, Arizona. Red was staying with Bob Corritore and my wife and I spent a week there with them. Bob allowed us to be in the studio for the recording that would end up being called “Sittin’ Here Wonderin’” on the Earwig label.

Louisiana Red was a really nice guy. Even 30 years after his first recordings he reminded me of a hyperactive teenager still learning guitar and experimenting and trying to perfect his sound many hours of the day. He was probably the most genuine human being I ever met.

Do you know why the sound of the harmonica is connected to the blues & what characterize the sound of Blues harp?

I think the harmonica is a very vocal sounding instrument. Back in the day it was very cheap. Also it’s very portable. It can produce very upbeat happy music and some of the loneliest lowdown sounds of any instrument. I’m sure that’s some of the reasons it’s been popular in the Blues.

I remember in 1980 or 1981 Big Walter Horton had a bunch of teeth pulled. I asked him if it affected his harmonica playing. He said “You can’t take somethin’ God give ya and mess it up”.

I got to sit in with Von Freeman the tenor saxophone jazzman and Chicago treasure once along with John Young the great Jazz piano player in his band. I also got to play onstage with Sugar Blue twice. Once I sat in with Lovie Lee who was Muddy Waters last piano player. The first person to let me sit in was Phil Guy. All these were terrifying experiences since I have no idea how to actually play harmonica. 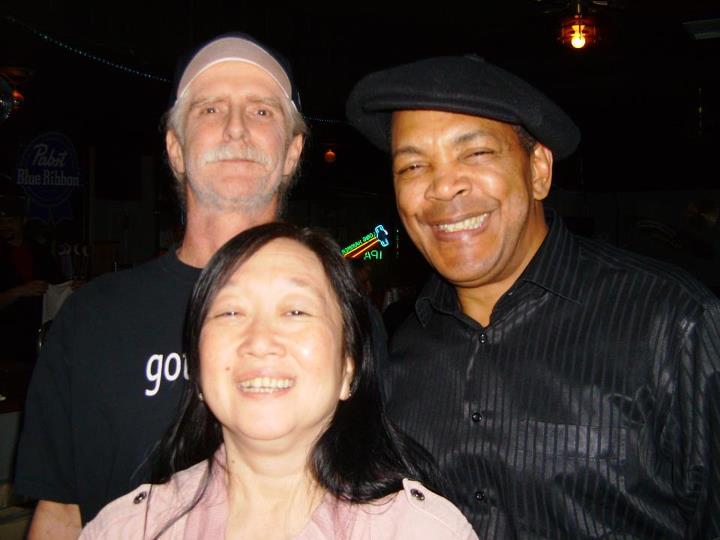 I’ll just go with Willie Dixon, “The Blues are the facts of life”. My wish is that the Blues would be played more on the radio, television and movies so people could be exposed to the greatest music in the world.

Which things do you prefer to do in your free time? What is your “secret” BLUES DREAM? Happiness is……

I enjoy smoking good cigars, hiking and listening to blues in my spare time. “Happiness is a slow blues in E or F.

(Photo: 1982 - Bottom of the Grand Canyon on Jim's honeymoon. "Note the boombox that blasted Muddy, Little & Big Walter, Elmore" Jim says "all the way down and back up.) 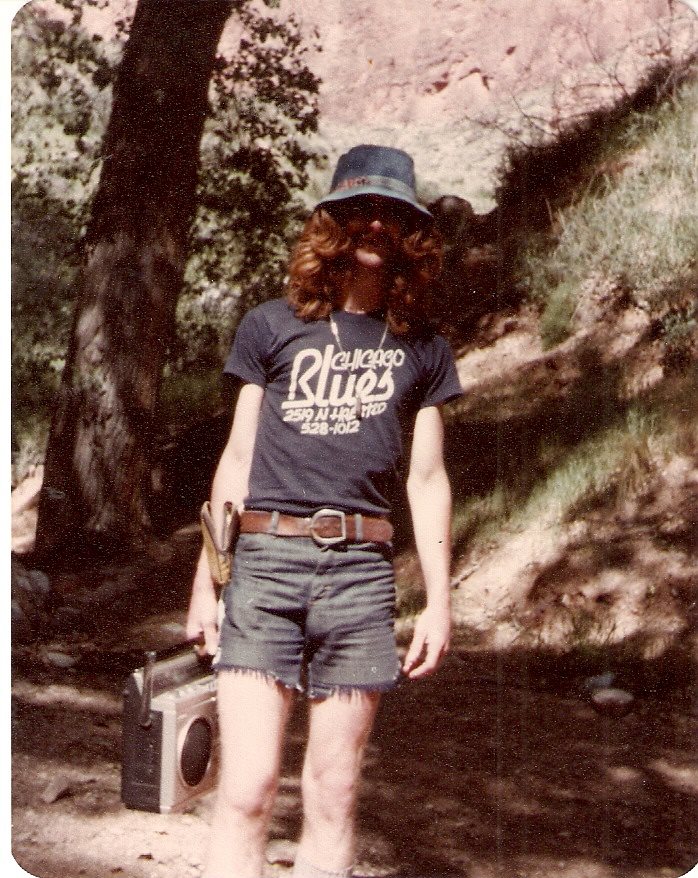