"Music teaches you a flow and a rhythm to life,...but, you must be receiving of that lesson."

Gary Mallaber: The Wizard of Rhythm !!

Gary Mallaber was born in Buffalo, NY and began taking music lessons at age 6, attending PS #45 and then onto Lafayette HS, (the "art" school), graduated with a music diploma then attended two years at The University of Buffalo. At the same time, his band Raven intently managed by Marty Angel and touted by the late Jimi Hendrix as "one of the best blues/Jazz bands ever" set off from western NY to take on The Big Apple. Gary and the boys wound up performing weekly at "the Scene" in Manhattan and became fast favorites of frequent patrons like Hendrix and Eddie Kramer. 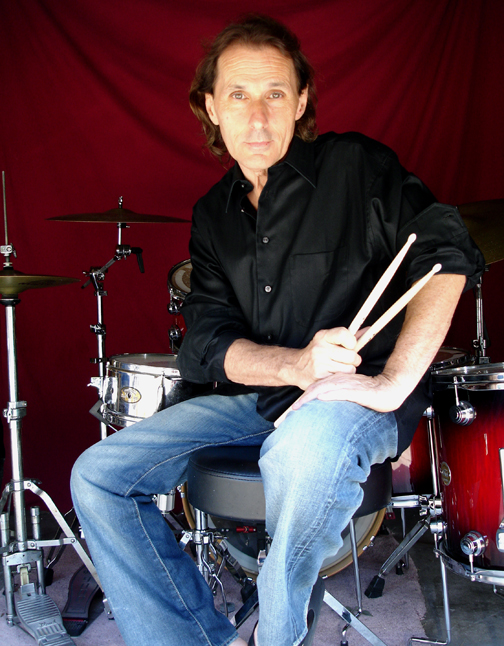 Raven went on to open shows for Led Zeppelin, The Young Rascals, Procol Harem, The Byrds, Grand Funk Railroad, and others. During this time, Gary became enamored with the Van Morrison album Astral Weeks and sought him out in an East Village nightclub. The musical chemistry clicked and soon they began preparing for a body of work which became Moondance. Followed with Morrison efforts Tupelo Honey and St. Dominics Preview - working with Jesse Ed Davis of the Taj Mahal Quartet - and moving to LA where he met the greatest southern California writing circle consisting of Paul Williams, Ned Doheny, Jackson Browne, Warren Zevon and Bonnie Raitt to name just a few.
A special week found Gary at the Capitol Tower recording his first album with the Steve Miller Band called Recall the Beginning A Journey From Eden. From there, he went on to be the back beat of classic Steve Miller albums Fly Like An Eagle and Book of Dreams. Artists like Bruce Springsteen, Eddie Money, Bob Seger, The Beach Boys, Cher and other Rock giants have called on Gary for his always inventive musical approach to give their music something special. Gary continues to be a very sought after musician and producer working primarily out of the Los Angeles area with acts like: Internet artist Bass Reeves, The Chicago Blues Reunion (Harvey Mandel, Barry Goldberg, Corky Siegel, Nick Gravenites), Matty Jardin & the band Gold Spot; songs for Showtime's "Californication," the latest Ned Doheny CD and hometown band Jettason.

What characterize your philosophy about the music?
If you are fortunate to be born into the right set of conditions,...and life affords you,...enlightenment,...you must move toward what every your calling is,.......so the music screamed out to me and I embraced it. 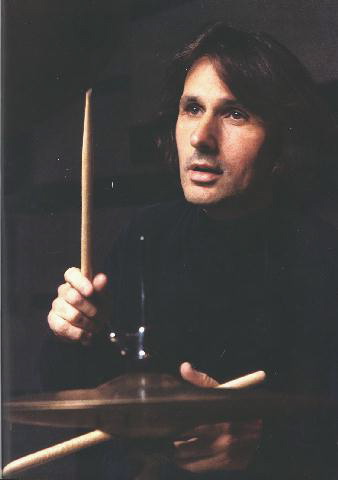 What do you learn about yourself from music? What experiences in your life make you a GOOD musician?
Music teaches you a flow and a rhythm to life,...but, you must be receiving of that lesson.  Experiencing the excitement and compassion that people receive when a piece of music connects deep inside each individual.

Do you think that your music comes from the heart, the brain or the soul? Where did you pick up your style & In which songs can someone hear the best of your work?
I feel the path is from soul to heart and maybe…? to brain,...but only if one feels the need!
My style came from being allowed an unprejudiced childhood. I was left alone to absorb all that came out of those radio speakers and over that black and white TV screen ...nothing was filtered out, I was left alone to make my own choices!
The touch & soul of Van Morrison's "Moondance",... the versatility of any of The Steve Miller Band songs,... the power of Bruce Springsteen's "Lucky Town",...the heart of Bonnie Raitt's "Homeplate" & many more go to www.garymallaber.com,... then,...you choose!

Why did you think that Garry Mallaber, continued to generate such a devoted following?
I stay true to the music and remain ready for a great challenge,...also,...I maintained a low profile and defiant as  to becoming,..... a commodity .

Tell me about the beginning of Raven. How did you get together and where did it start?
Every musician has their first serious band and such was RAVEN. We all grew up in Buffalo, New York,....on the western shores of Lake Erie, complete with extreme winter conditions!  At a certain point in 1968 the five of us came together,....all from other bands that reached their end. 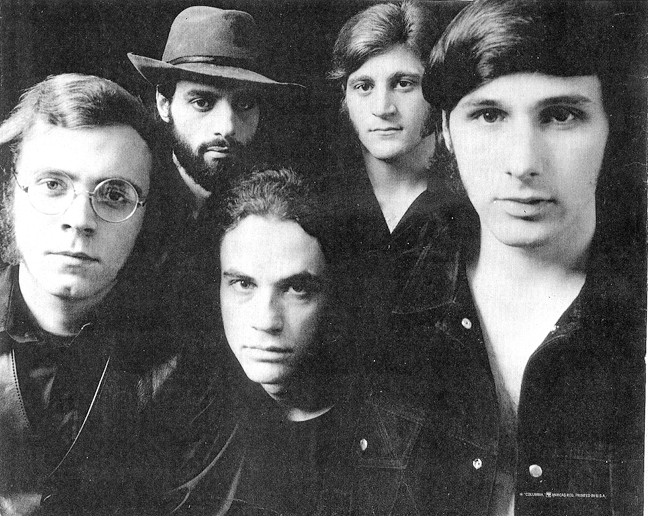 What is the “think” you miss most from the Raven? Which memory from the Rising Sons makes you smile?
You remember the unity each member possessed ,.....that challenge to take on the world of music together! The energy connect to that time period can only be achieved few times in life.
The Rising Sons was the first step up to Raven,...just always fun without the competition from the rest of the world. You can't have those free unattached smiles back!  They belonged to only,..that time continuum!

What are some of the most memorable stories you've had from “The Scene” in Manhattan?
For a short while ,..we became the dependable fill in band and were attached to all The Scene's activities. Also,…Jimi Hendrix and Eddie Krammer hung out there all the time,.....it was them who told the CBS people we should be signed! Also,...Jimi sat in with us but only on bass!

Do you remember anything interesting stories from Jimi Hendrix? What kind of guy was Jimi?
I never got that close to him ,...he was surrounded by way to much!  I did know that he liked our musicianship and said so to all the record people,....this also included Peter Asher and George Harrison who were checking us out to sign on to APPLE. I also realized that Jimi had NO prejudice in his body or soul,......he belonged to the universe,...and he knew he did! Any comments about your experiences from the Columbia Records?
We were signed the same summer that they (CBS) signed Santana and CTA (Chicago),...so,.....the pecking order was set!!
Guess which band got the least attention?  Years later I made all those Eddie Money records for CBS /Columbia,...that change things a bit but all to late for Raven.

Has it always been all about the blues? Or is there any other types of music, you could say you have been strongly affected by?
All of what came through those radio speakers,.....EVERYTHING!!,..but it seems like the best music always had a "blues" base connected to it. 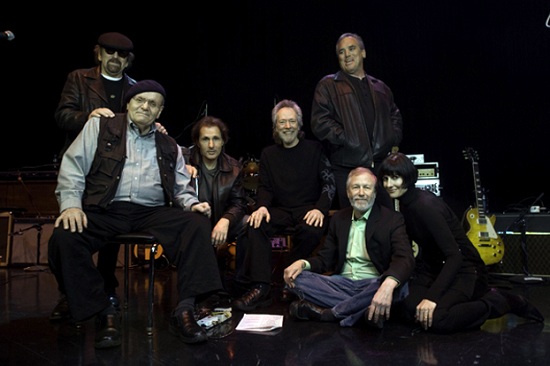 You had pretty interesting project Chicago Blues Reunion. Would you like to tell your best memory about Nick, Snake, Barry & Corky?
When we all first met ,...up in San Francisco,...Nick was ,.."shall I say",....a bit difficult and firing off some negative comments about ,...LA musicians,...little did he know where I actually came from and the musical knowledge I had processed since my earlies years. So,....I just let him spew ,...after the very first song and complete run through he never said another thing!  I had already worked with Barry Goldberg on many projects in LA,...Corky was a sweetheart and Harvey was accepting but you could see that he had been through rock N roll war and was not ready for any nonsense.

Which are the best and the worst things in touring?
The other 21 hours that you are NOT ,..on stage!

You have played with many guitarists, which are mentioned to be a legend. It must be hard, but would you try to give top 3, which gigs have been the biggest experiences for you? And why?
Joe Walsh,...Steve Miller and Peter Frampton,......4 months with Joe Walsh & Barnstorm,...6 months with Frampton and 20 years with Steve Miller. At the absolute height of The Steve Miller Band popularity,...when all the hits were all over the radio,...everyday!!!   We played in Seattle,..2 shows ,...sold out at The Kingdome,....well,......all I can say is ,...I then understood what the Beatles experienced,..it was frightening! and I understood why they could no longer stay together! 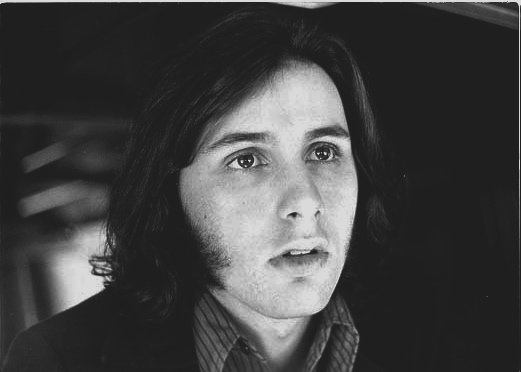 How did you get hooked up with Van Morrison, do you have any amusing tales to tell of your work with Van?
My alignment with Van Morrison is extensive,....I will edit,.......
While living and remaining in NYC,.....I was told he would be performing in the East Village at The Gas Light,.....I went to see him and he was on stage with a part of the Moondance band but,...NO drummer. I asked the piano player (Jeff Labes) if I could set in tomorrow night
so,...I scrambled my drums into the club and played the entire night!   3 months later we were in A&R studio's recording what then became "Moondance"
After we cut the track to the beautiful "Crazy Love",....I pleaded with Van to let me overdub the vibraphone's,...he ok'd that and I set it up soon realizing there were no mallets,...I improvised and found some Craft'sman ,...large screw drivers in the maintenance room,......turned  them over and played the part you now hear with the rubber handles!   TRUE!

Some music styles and artists can be fads but Van Morrison music is always with us.  Why do think that is?
Van has lived his songs!  The renditions were pure and did not reflect any trend of the era!

How did you first meet Steve Miller, do you remember anything interesting from the recording time?
I first met Steve Miller in 1971,...@ Capitol Tower in LA      I was called in by pianist , Ben Sidran to record for Steve,..an album called " A Journey From Eden ,.Recall The Beginning"   Seemed like he really wanted me to eventually be,.... part of his band. Why do you think that the blues doesn’t quite get the recognition and respect that other genres seem to get?
We have all taken from it then,.....stepped far away from it!    It's a continual education,...you inform the next generation the point of embarkation !   The best players all know where it comes from!

Some music styles can be fads but the blues is always with us.  Why do think that is?
It is rooted and can only be what it was (and/or) is still is trying to become.

With such an illustrious career, what has given you the most satisfaction musically?
The amount of great songs and styles I have been allowed to a part of. 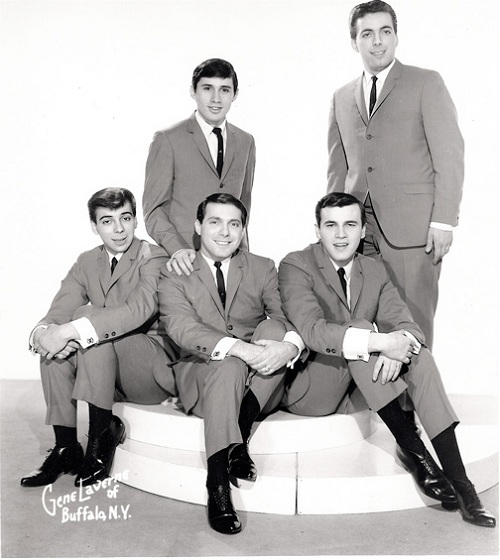 How has the music business changed over the years since you first started in music?
From,...Hands on humanly creative ,...to computer on digital manipulation!

What is the difference and similarity between the LIVE/GIG and the STUDIO feeling?
The same difference between making a movie and a live stage performance, recording,..you are focused on one song and the  best way to turn it into a portrait,... Performance,... you focus the entire concert,..beginning to end!

Which of the people you have worked with do you consider the best friend? Of all the people you’ve meeting with, who do you admire the most?
Best Friend ,...exceptional song writer ,...Ned Doheny .  Admire the most?  Bruce Springsteen,...his ability to write, compose and then go and do a 4 hour concert and take your head off!

Are there any memories of all GREAT MUSICIAN you meet which you’d like to share with us?
I briefly met big band drummer, Buddy Rich,.....it was back when he and his band did a version of "Moondance"  His bass player at the time ( Joel DiBartolo),...took me back to meet him so he could tell him,.. I was the drummer on the original.  Buddy looked at me,...with my long hair and finally scowled,............."nice job kid!"  And that was about all you'd get coming from Buddy! 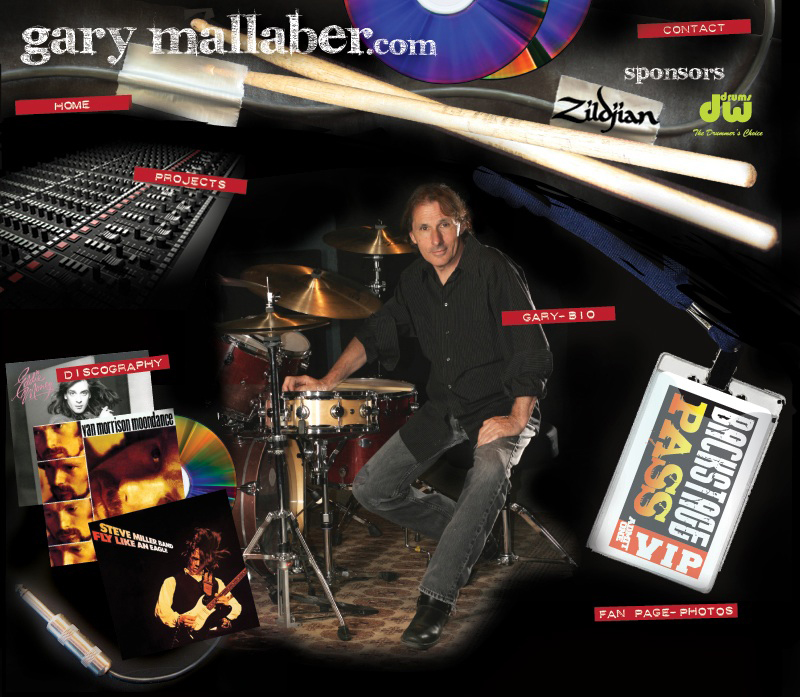