"Music is a living art form and it’s constantly changing and growing. To me change in music is exciting and if someone wants to mix blues with polka music and can make it work, more power to them."

Garth Webber, known as Garth "Take no Prisoners" Webber, is a brilliant guitarist, but still remains in relative obscurity. A large part of his career was spent in the San Francisco Bay area, and his talents were eventually noticed by a few prominent musicians. In 1988 he recorded and toured with the Ford Blues Band, and from there his career kicked off. 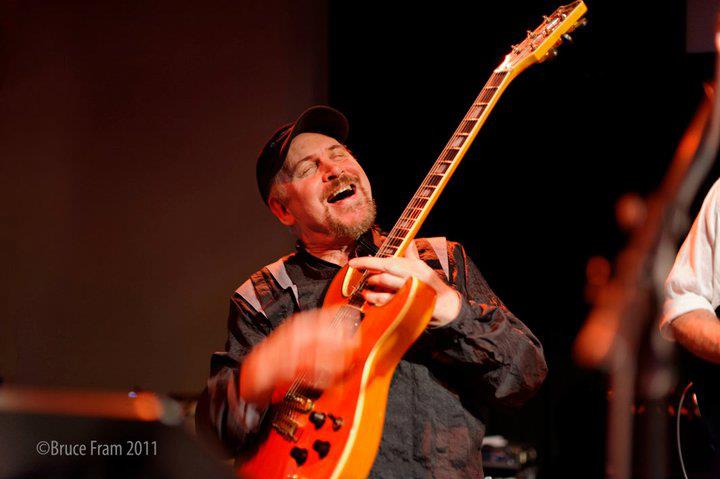 You may have listened to recordings by Boz Scaggs, Greg Allman, John Lee Hooker, The Ford Blues Band, Bill Champlin, Lydia Pense and Cold Blood, Merl Saunders, Bob Weir and Kingfish, Mose Alison just to name a few, and been unaware that some of the incredible guitar work you heard was by this guy. Speaking of Miles Davis, Garth Webber has gone on tour to South America and Europe with Davis. This alone is a great testament to Garths talent. He is a terrific blues guitarist with an amazing technique. He is one of the most versatile guitarists in the business, and can play anything that blues, jazz, and rock can throw at him, and more, and still remains unknown by far too many people. Garth keep the Blues - Jazz and Rock alive with his studio Red Rooster, located in Berkeley CA and his albums.

How do you describe Garth Webber sound and progress, what characterize your music philosophy?

I believe that music should be emotionally engaging and not just a cerebral experience. Many musicians get caught up in technique to the exclusion of content. I make the analogy of having a very nice toolbox but not knowing what one wants to build. BB King doesn’t have an extensive toolbox but he builds beautiful blues. The highest expression is good technique in service of emotionally meaningful content. That’s what I hope I do. 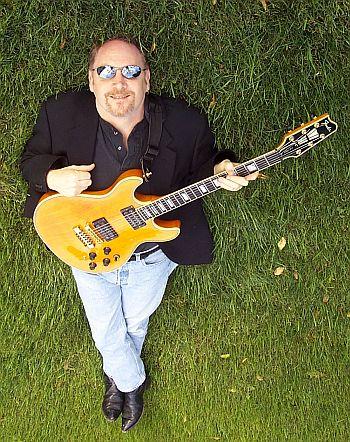 My 30’s were a fertile time in my career. I was beginning to find my voice and this is when I played with Miles Davis, Gregg Allman and Bill Champlin. However, starting in my 50’s my playing deepened and I began to explore a new way of playing. Briefly it has to do with bypassing thought for the most part and finding a direct link between an inspired idea and the execution of that idea. Normally there is thought in between those two events but thought can be bypassed. At the age of 50 I began to practice regularly again after years of coasting. I began to find a much more satisfying and rich musical vocabulary. The emotional intensity of my playing is now greater than at any previous time in my life.

I think it’s because of the open framework of these styles. Blues, or jazz, done well, is always fresh because each time you play a song different things happen. In pop music the parts that are played may be set in stone and there is little improvisation so you have consistency but not freshness. I find that to be boring in general, at least as a player. In a blues context a song can receive different treatment according to the mood of the players. Spontaneous things happen in every gig. It’s exciting to venture out into a song and see where it goes, both for the players and the audience.

Depending on your definition of a “jam” there could be thousands of candidates for great jams. Most of the bands I have been in have been mostly about soloing and improvisation so every performance is, to some degree, a jam. I played with a great keyboardist in the 90’s by the name of Frank Martin. His music was so open that there was no telling what might happen. That was a wonderful time.

Playing with Miles Davis was a high point because of many things including Miles himself, the music of Marcus Miller and the great venues we played (Wembley for instance). That gig made me work harder than nearly any gig I’ve ever played because the mere knowledge that I was playing with the master gave me the energy and urgency to play my heart out every minute. I discovered that I had concepts that I had never tapped into. Miles would make us play incredibly long solos and we would sometimes run out of ideas but we would find that there was more in the tank than we knew. That was an important revelation and a gift from Miles. 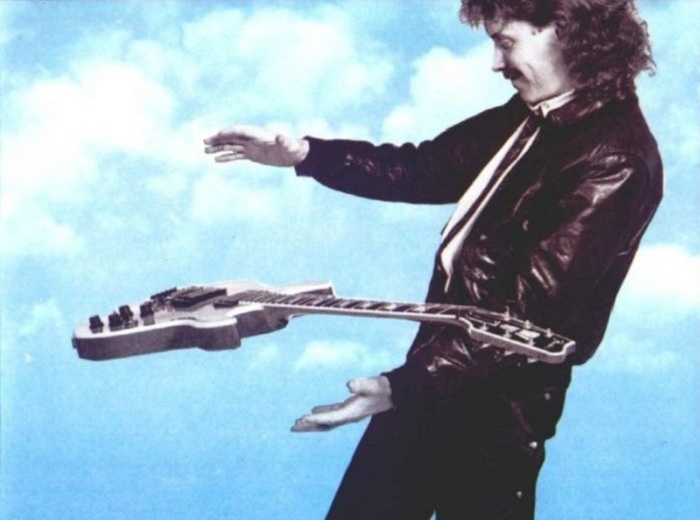 "I believe that music should be emotionally engaging and not just a cerebral experience. Many musicians get caught up in technique to the exclusion of content."

My meeting Robben Ford is probably the most important one of my career. That lead to so many things and changed my outlook on guitar playing. As soon as I heard Robben play I knew there was a new universe to explore in terms of bringing harmonic complexity to blues. That is a huge contribution that Robben has made to the world of blues and jazz.

I don’t what the “best” advice has been but one important thing I was told by a number of people was that I needed to physically move on stage more. I thought they were wrong until I saw a video of myself in 1980. Learning to be more animated has served me in terms of engaging the audience and also in terms of emoting while I play. Over the years I developed a way of moving in an honest way that is reflective of my feelings as I play. It has allowed me to engage more fully with the audience and even my own emotions.

What do you miss most nowadays from the 60s and & 70s? What are your hopes and fears for the future of music?

I miss being in a real band the way we used to. Nowadays most of the players I know are freelancers so they jump from one gig to the next without getting to really learn the lay of the land in a given band. I miss getting the band really tight and rehearsing (strangely enough). I also am disappointed that the level of virtuosity in guitar playing in rock has dropped so far. It’s almost a badge of honor for some people to sound sloppy and rough around the edges. That’s just a phase though.

What are the reasons to become the artists of SF Bay Area, a legendary generation that left it mark through the years until now? 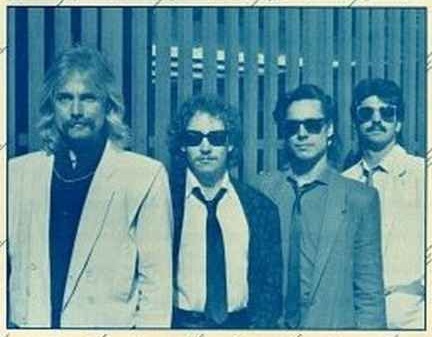 San Francisco and the Bay Area is a fertile ground for culture and there is a certain mentality that pervades the area. There is a rawness that is part of the Northern CA sound. LA has a very polished sound in its music but sometimes can be shallow. That being said there is a lot of good music there too.

Nothing particularly funny is coming to mind although I’m sure we laughed our asses off. Luther actually died in the middle of that project and so we ended up having to use scratch tracks for much of the CD.

Which memory from Miles Davis makes you smile?

The very first note of Miles’ first solo in the 1st gig I played with him was a revelation. It started out as an ugly duckling and ended up a beautiful golden entity that flew out into the room. I practically fell down.

Are there any memories from Merl Saunders and John Lee Hooker which you’d like to share with us?

I wish I was a better typist because there are so many little moments. Merl and John Lee were quirky people and you had to intuit what they were saying because they had their own proprietary vernacular. John Lee was of course illiterate and he had his own language in a sense. It was colorful and unique but hard for me to understand sometimes.

What are the lines that connect the legacy of Blues with Rock and continue to Jazz and World music?

Well, as has been said, “The blues had a baby and the whole world calls it rock and roll”. These days there is so much interaction between so many styles of music that the boundaries are slowly dissolving. I’m not a musicologist so I can’t tell you where all the various influences have pointed things. I have never been a big believer in trying to sound “old” because you like the music of a certain decade. Music is a living art form and it’s constantly changing and growing. To me change in music is exciting and if someone wants to mix blues with polka music and can make it work, more power to them. 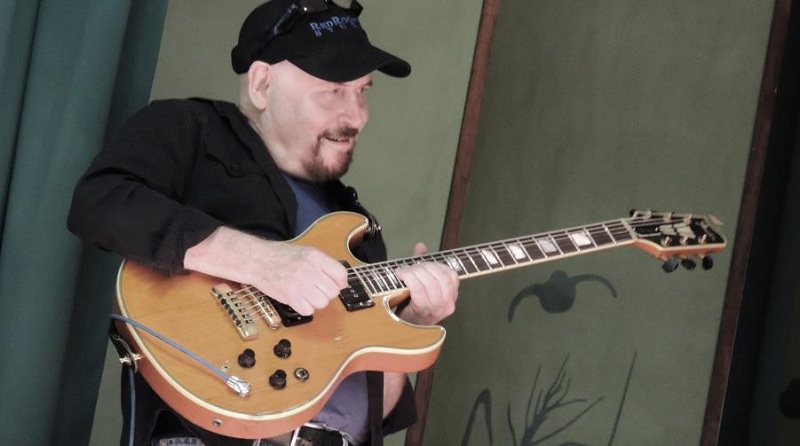 "I would tell a new generation, don’t let technology remove the soul and humanity from music."    Photo by Tina Abbaszadeh

Oh god yes! Both idioms are thriving. Anybody who doesn’t see that is not looking. There is wonderful blues and jazz every night of the week in lots of cities.

You’re the owner of Red Rooster Studio in Berkeley. How the idea came about? Would you like to tell a funny memory?

The studio began as just a place for me to record my own music but before long I got a call from a local band asking if I would record them. I have never advertised and all my business has been from word of mouth.

As far as the name goes, I used to sing the song Little Red Rooster in a band called The Blue Meanies. When we broke up a fan came to me with a porcelain rooster and a can of red spray paint. I sprayed it red and put him in my studio. Then a client had a painting of me as a rooster done. That became the studio logo. Now I have eight rooster statues and lot of dishes, rugs etc, all with roosters on them. 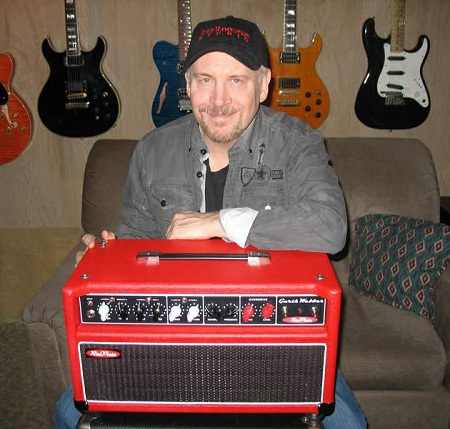 As for what I would tell a new generation, don’t let technology remove the soul and humanity from music. Computers are fine for some things but there needs to be a real human playing real instruments. Skill on a guitar, for instance, is never going to be replaced by a plugin or a sequencer. Don’t let the human element be marginalized!

When I was touring with Miles there was a plane flight to London and both Miles and Annie Lennox were on our flight. They both arrived at the curb at the same time and walked up to one white and one black limousine. Miles, with his black skin, black clothes and black limo and Annie with her white skin, hair and limo, made for quite an Annie Liebowitz moment. I have often talked about commissioning a painting of this stark image.

The Official Home of Garth Webber