"Happiness, freedom, heart, culture, etc., are words used without any respect to their inner meaning and the western psychopaths use them erroneously."

Francesc Pi de la Serra i Valero was born in Barcelona in 1942. His career began in 1962 as part of the Catalan movement the 16 Jutges. As a young poet and guitarist he was used to sing songs against the dictatorship of General Franco. He was always proud of his Catalan roots. He wrote using the Catalan language, prohibited by the authorities. For preaching the need for freedom Quico many times was censored, interrogated and persecuted. 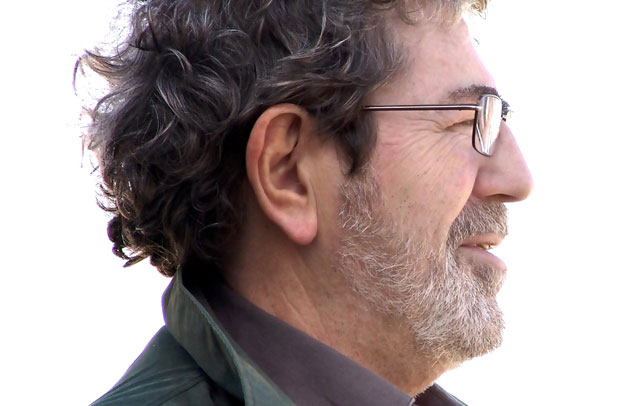 With a career of more than forty years and enjoying the respect of the most important singer songwriters everywhere, we find an artist who has always composed, sung and played whatever he felt like. His songs are life chronicles of the author and the epoch he has lived, and his live performances have not lost any energy, irreverence or genius over the years.He has played in many countries like for example: Spain, France, Portugal, Santo Domingo, Mexico, Canada, Cuba, EUA, England, Germany, Italy, Brazil and Uruguay.

Quico always loved the blues. From many years he works in Catalunya Radio making every week program about blues “T'agrada el blues? “. In 2007 he has received two important awards: Medalla d'Honor del Parlament de Catalunya and the Premi Altaveu.

From blues I learnt to communicate musically with anyone in the world without knowing their language. We agree on tempo and tune and play together straight forward. So, for me blues is communication as well as the existing popular music of the planet. 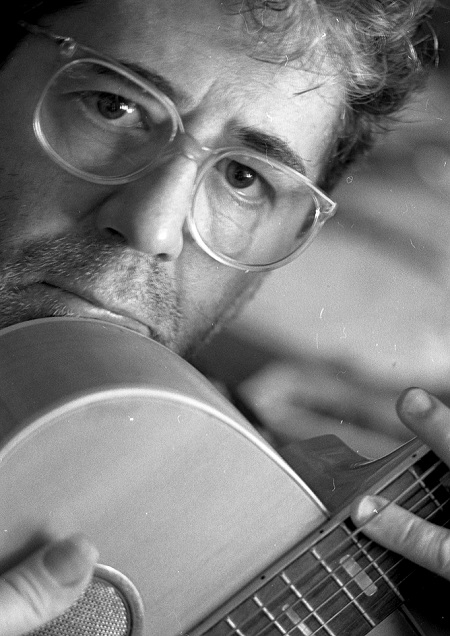 I really don't know whether I am a good or bad bluesman and songwriter, it is up to the public to say so. I believe in the lonely daily work; I believe in writing and rehearsing every single day. This is what makes you progress. Concerning the influences, I am open to almost any kind of music.

How do you describe Quico Pi de la Serra sound and progress?

I am a craftsman that produces and sings songs. I like to look for musically complicated things and take risks on stage. I believe my sound has to do with the way Big Bill Broonzy played the guitar (among others, of course). Photo by Juan Miguel Morales López

I focus on the original bluesmen like Leadbelly, Robert Johnson, Memphis Minnie, Big Bill Broonzy and many others like Eric Bibb. I try to transmit the blues sensitivity that may seem easy but it is not and I learn about blues every day.

I have been singing for 50 years now, more than half under Franco’s dictatorship being the worst period. The best thing is the friendship with other artists like Paolo Conte, Caetano Veloso, Gilberto Gil, Zeca Afonso, Joan Manuel Serrat, Joaquin Sabina, Wof Biermann, Daniel Viglietti, among many others.

What is the “feel” you miss nowadays from the visits to "Jamboree" of the Plaza Real in Barcelona?

I do not miss feelings. This is like love that comes and goes away.  My days at Jamboree at the beginning were days I received the support of musicians, some of them dead, some others alive like Francesc Miralles, Enric Ponsa, Josep Farreres, Pere Ferré, Francesc Burrull, Salvador Font “Mantequilla” René Thomas, the great pianist Tete Montoliu and many others... the ones that are dead I really miss. 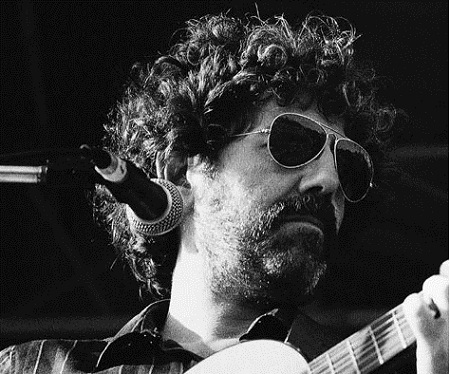 Formally nothing has changed. When the first bluesmen started recording they were badly paid and would never get paid in the future for their past recorded works. The still existing exploitation by the recording companies has led to their self-destruction.

We were a bunch of friends that would like music and would love blues and other music. We tried to communicate our young feelings to people that were longing to hear it.

And would you like to tell your best memory from the Els Setze Jutges?

I have thousands of good memories from the beginning when we were under the fascist repression. Those memories will never die. I made really good friends that will last forever.

What characterize the philosophy of Nova Canco and Els Jutges Setze?

We aimed at singing the tender and ironic reality of what was happening around.  No one was making songs the way we did. We also used to say:  music is ours, lyrics are ours and we are guilty...

What was the relation between music, poetry, songwriting and activism?

It was really close like any other creative discipline. The songwriters create alerts, we remind, we send alerts about things that have to do with freedom and love. 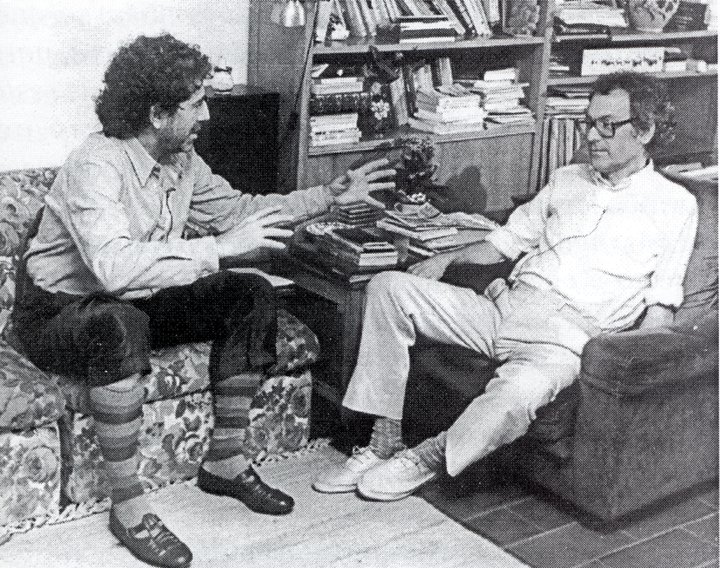 What the difference and similarity between the BLUES, JAZZ, NOVA CANCO and ROCK feeling?

Probably there is less improvisation in blues than in jazz, although jazz is also blues. In Nova Canço, fortunately we all make different things. As for what Rock is concerned, it was a North American invention to enlarge a market that at that moment was basically focused on Negro-African public from US. Great part of rock-and-roll has a clear influence from blues.

I thing is maybe certain nights in Barcelona Harlem Jazz Club. Some days ago I took part in an event for independence in Girona where I met 37 artists. When I sang “si els fills de puta volessin no veuriem mai el sol” (meaning literally: "if all of the 'son of a bitch' would fly we would never see the sun"), the 37 artists would come up to the stage and sang with me ... and I also remember a tour in Santo Domingo in a baseball stadium where the militaries of President Balaguer would turn to the public pointing the President with their weapons while the audience was shouting: Balaguer is an assassin at power...

If a musical style is fad, it cannot be flagged as "a style".  If blues is still alive (we should check, anyway...) it is because it is music of apparently simple construction that goes deep into the audience feelings in a clear and precise manner. We cannot forget that blues origin is in Africa where music is a sacred thing closely related to existence and life after death. 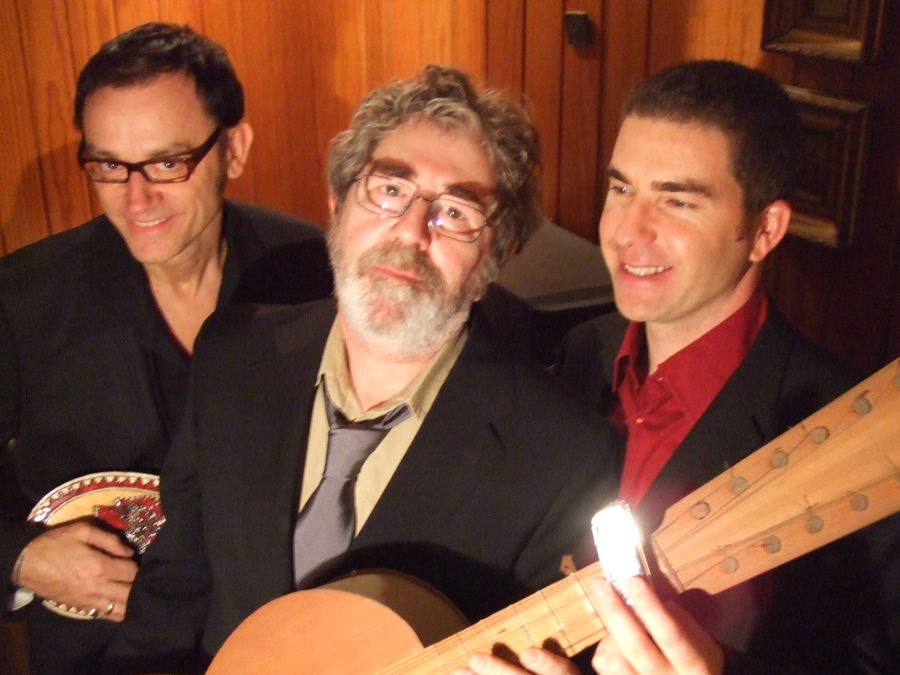 You had pretty interesting project with QuicoLabora. Where did you get that idea?

It was an excuse to sing songs that are difficult to include in the recent repertoire. I built it together with my friends Joan Pau Cumellas, a great harmonicists and Amadeu Casas, an excellent musician, performer and creator. We worked hard before performing and recording and we enjoy the stage.

How has the Blues music changed your life?

Older people should be heard and followed just because of their experience. I do not feel I am old but logically, it is increasingly difficult to write because I would not like to repeat myself too much.

Why did you think that Quico Pi de la Serra continues to generate such a devoted following?

This is the aim. Some just come up and others die, it is the natural process but, so far, honestly I do not think much about it all.

No doubt it was the birth of my four children and also the experience of deeply analyzing psyconautica. 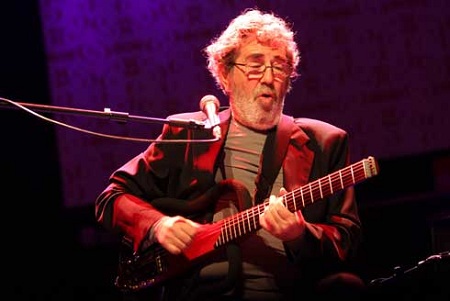 I do not like to patronize but if I was to recommend something I would tell them to be aware the creative process. From the lonely creative stage to the moment in which it is shown to the public it is an amazing process both for the composer and the audience. It is essential for them to be aware of this mysterious fact.

What are the things you’re most passionate about in life? What is your “secret” DREAM? Happiness is……

I am passionate about my children’s life and their mothers as well as any being (including stones...) and their evolution. My secret dream would evanish if I would tell it... Happiness, freedom, heart, culture, etc., are words used without any respect to their inner meaning and the western psychopaths use them erroneously.