"A Bluesmen is born is not a mechanical thing. I will not give out names of a particular artist but, I will say that their will always be a true Bluesmen, it means I lived the life I sing about."

Earnest Roy, Jr. was born on September 25th, 1958 in Clarksdale, Mississippi under the watchful eye of his father, guitarist Earnest Roy, Sr., who worked with Jackie Brinston, Ike Turner, John Lee Hooker, Wade Walton, Raymond Hill and many of the other Clarksdale bluesmen. Earnest's father taught him bass guitar at five, and when Earnest turned eight, he began playing in his father's band, Earnest Roy and the Clarksdale Rockers, whose members included Big Jack Johnson. 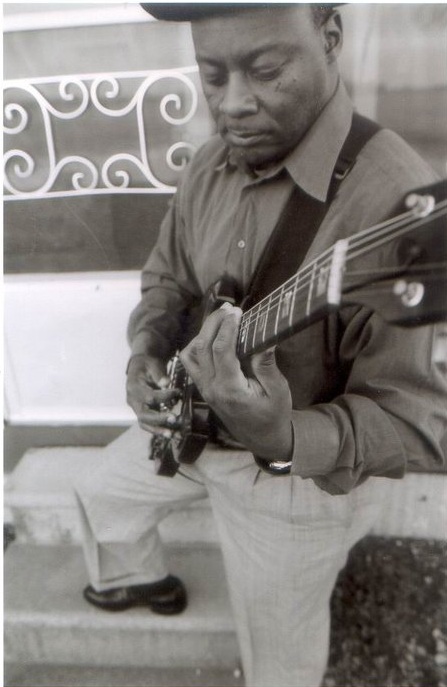 At age eleven, Earnest Jr. began playing lead guitar, and he formed his first band at 14, which led to his being regular performer on Soul Train. By 1989, Jim O'Neal of Rooster Blues Records had signed Earnest "Guitar" Roy to the label and released a single called "Too Many Women And I Wanna Know What My Little Girl's Been Doing." The song was written in a San Diego hotel room while Earnest was touring and playing backup guitar for Albert King. Earnest's other credits include playing drums on Big Jack Johnson's first album Oil Man, and playing lead guitar and drums on Frank Frost's Midnight Prowler album.

From 1993 to 2001, Earnest played for the international televangelist and pastor Rod Parsley, whose ministry aired on 320 nations around the world. In 2001, Earnest "Guitar" Roy returned to his blues roots when he began touring and appearing at blues and jazz festivals with Sam Carr. Earnest's most recent CD is Going Down to Clarksdale from 2011.

Blues is a style of music that I was born into, because my father "Earnest Roy Sr." was a Mississippi Delta Bluesman. Blues is a Genre that I respect and understand, because of the hardship and relationships from the past.

How do you describe Earnest Guitar Roy sound and progress, what characterize your music philosophy?

I describe my music between blues and jazz, music is different because of multiple styles I was brought up with which was Mississippi Delta Music, BB. King, Albert King, George Benson, and Wes Montgomery.

The same way that always triggered my ideas for songs "life". 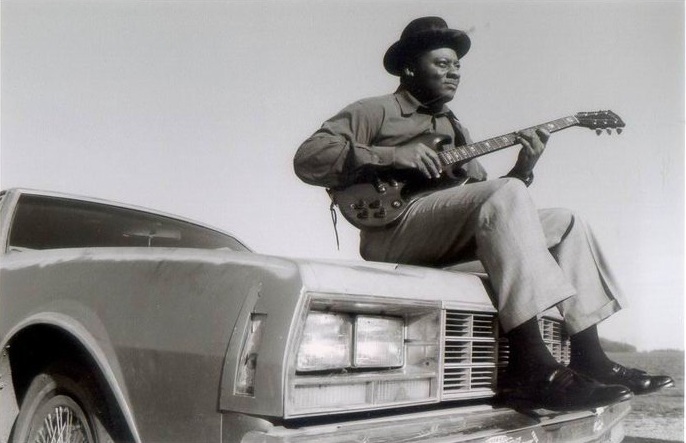 "The music is not the same nowadays, the lyrics is not about the blues in the younger generation."

The most interesting thing was being raised knowing who God is and learning about salvation. The best moment of my career was being able to entertain the audience with my style of music and the audience enjoyed; the worst moment is too time off between gigs.

Because it brings all kinds of people together simply because people can relate to true experiences about life.

The best jam I ever played in was at the house with my daddy. All of them were memorable gigs.

Sitting down with my daddy Earnest Roy Sr. and listening to every word  that came out of his mouth. The advice my daddy gave me "always be a good listener". 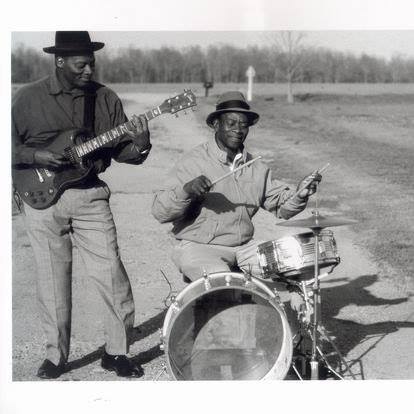 They were all positive influences to what it means about life, the rises and falls. What makes me smile is they still stand behind for what they believe.

Are there any memories from Albert King and Big Jack Johnson which you'd like to share with us?

They were all great Bluesmen.

It was more authentic in the past because we live what we song about, nowadays it is more political, because musician are more concern about winning awards and being true to what their singing about.

Some music stars can be fads but the bluesmen are always with us. What means to be Bluesmen?

A Bluesmen is born is not a mechanical thing. I will not give out names of a particular artist but, I will say that their will always be a true Bluesmen, it means I lived the life I sing about.

What are the lines that connect the Southern Blues with the urban Northern scenes and continue to West Coast?

They all went through the same thing at some point or another.

The music is not the same nowadays, the lyrics is not about the blues in the younger generation.

I've met most of the biggest.  I like meeting with all blues artist from all walks of life.  I cannot signify one and leave out others. 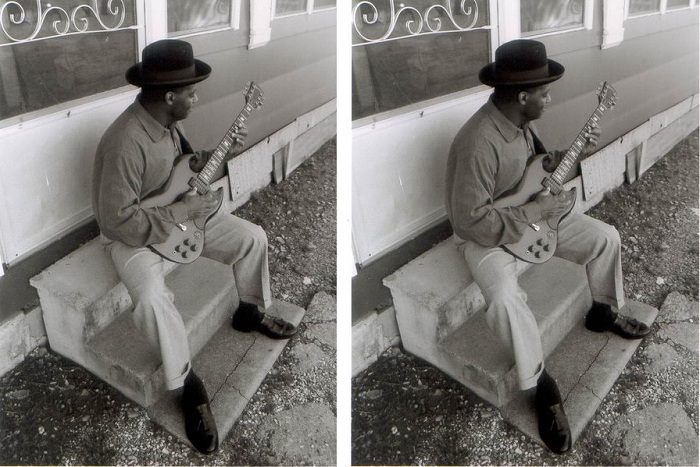