"There are many good instrumentalists today, but I miss singers that are really outstanding."

In the blues world, a big voice is often accompanied by a big ego (or at least a medium sized one…) But the Danish singer Thorbjørn Risager, praised for his rough and strong voice by an unanimous choir of critics from a growing number of countries – 15 the last time we counted them - is a soft-spoken gentleman off stage. 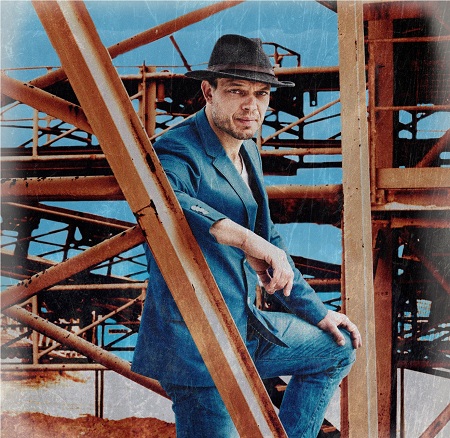 He studied to be a school teacher, and worked in this profession for some years, before he decided to let the music take over. He studied at the Rhythmic Conservatory in Copenhagen, a quite unique education where many of the teachers are jazz- or rock musicians, and where the emphasis is on Rhythmic music of all genres.
In 2003 he started his band, selected musicians he liked both musically and personally, and the fact that up until today only one of them left and was replaced, at an early stage of the band’s career, proves that the choice was excellent.
He played the saxophone from the age of 12, then guitar – but the singing was more of a coincidence at first. He was exposed to the blues through a neighbour, a middle-aged gentleman who was friends with his parents, and who started playing blues records to the young Thorbjørn. That’s how his life-long love story with the blues started, with B B King as his biggest hero. Ray Charles is one of his other obvious influences, but today, with almost 40 recorded songs from his own pen, he has definitely defined his own sound and style.

When was your first desire to become involved in the jazz soul and blues music & who were your first idols?
I first began to play and sing the blues during my first years in highschool, when I was about 16-17 years old. My idols back then were Stevie Ray Vaughan, Clapton and Johnny Winter. 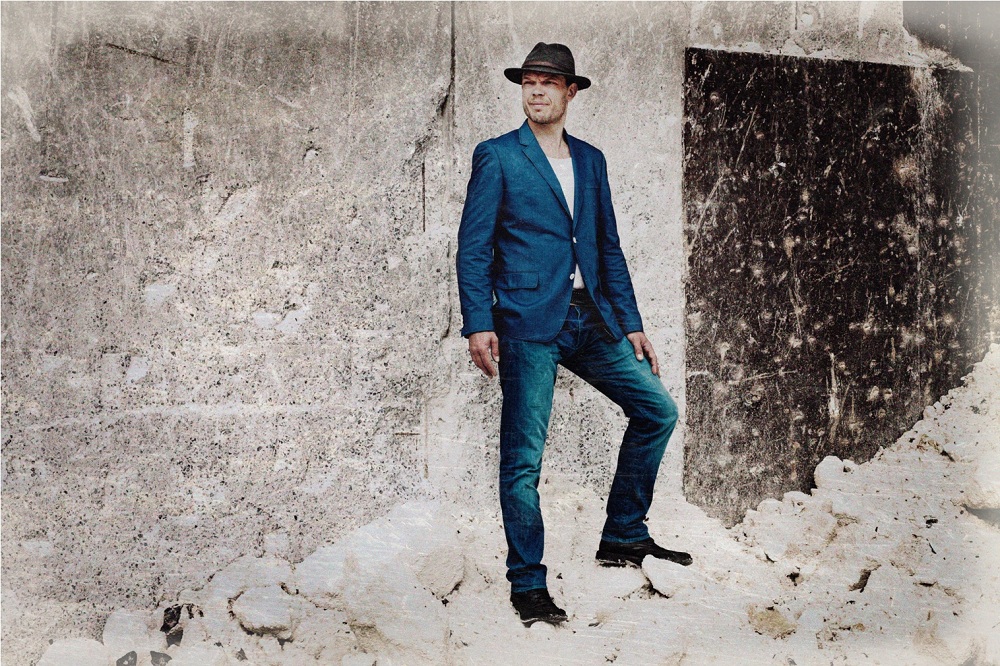 What was the first gig you ever went to & what were the first songs you learned?
The first gig I played was in a small club I Roskilde where I played with a trio. It must have been in 1988 I think, we played songs by Stevie Ray Vaughan, Clapton and Johnny Winter

How do you get inspiration for your songs, any of the soul and blues standards have any real personal feelings for you?
I mainly get inspiration from listening to music like BB King and Ray Charles.

What are some of the most memorable gigs and jams you've had?
I once played 2 gigs/jams with Robben Ford that was awesome. He was the judge of a blues band-contest that we won with the band that I was in then (in the late nineties). We played a set with him after the contest, and he asked us to join him at a clinic he was having the next day. 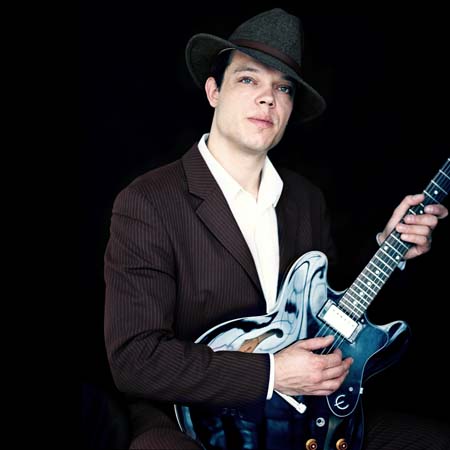 Which of historical jazz, soul and blues personalities would you like to meet?
I would love to meet BB King. Actually I had a great opportunity to talk to him 2 years ago where he was playing in Denmark and we stayed at the same hotel. I walked right by him, but I didn't have the nerve to introduce myself.

How would you describe your contact to people when you are on stage?
We always try to have a good contact with our audience at our concerts. We like to think of the concert as a party. We're the hosts and the audiences are our guests. So we try hard to make people feel good, make them dance and sing and forget all their troubles. We almost always succéd, but once in a while you have an audience who seem to think that they're watching television. A concert is a 2-way communication, so if you don't get anything back from the audience; it's very difficult to create a good "party".

What characterize the sound and the music philosophy of Thorbjørn Risager?
One of my golden rules is: Never bore the audience! Our music is very varied; we like to mix our blues up with soul, jazz, funk and rock. The sound is the same, we just mix the genres a little bit. We like that something "new" happens all the time during concerts and also on our albums. So for example we are 5 people on stage playing solos: 2 guitars, piano, saxophone and trumpet. That way you won't get bored with the same guy playing long guitar solos all night. 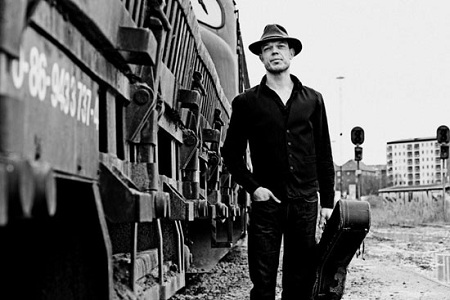 From whom have you have learned the most secrets about the blues music?
BB King, Ray Charles

What is the “feel” you miss most nowadays from Ray Charles, and BB King’s blues?
Compared to Ray Charles and BB King, I miss really great singers. There are many good instrumentalists today, but I miss singers that are really outstanding.

Make an account for current realities of the case of the blues in Denmark. When it all began for the local blues scene?
There's not a big scene for blues in Denmark. There are a handfull of good blues bands and clubs, but Denmark has for many years been a "jazz-country", so there's a pretty large jazzscene and maybe therefore not so much "room" for the blues. But actually it seems to me that the blues as a genre is growing these days in Denmark and we get more and more airplay on the national radio station. In Copenhagen there's a great and legendary bluesclub called Mojo which has live blues every night and there are a couple of good blues festivals as well. 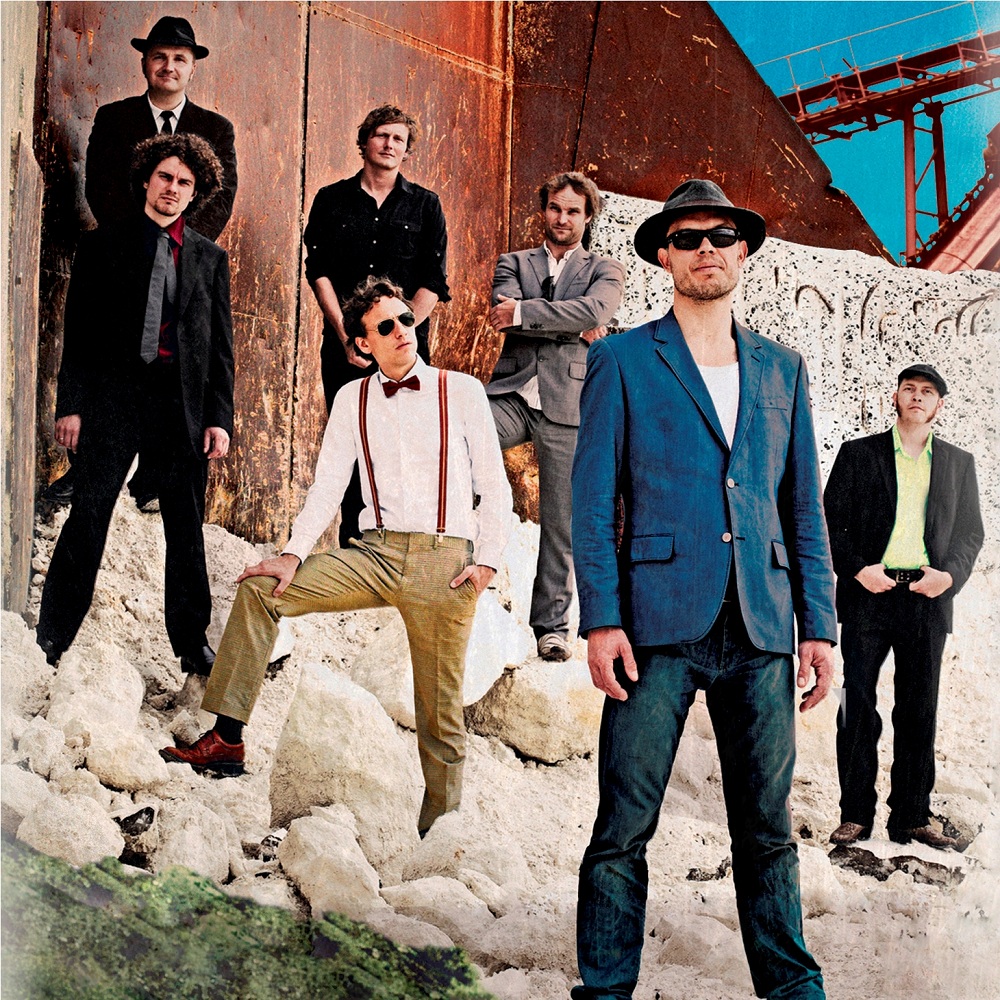