"Money is making robot people, very bad for the whole planet and life on it. The system is wrong but to find out it is too late. Times will change, there is no other way."

Nicko Christiansen: The Way of Livin'

Nicko Christiansen was born in 1950 in the Hague at the seaside of West Holland. He started to accompany himself on the guitar, mainly songs of Little Richard, Chuck Berry and Bill Haley when he was eleven. In 1965 he met his music partner and friend John Lagrand the harmonica player and they formed the blues duo Indiscrimination. Afterwards, singer songwriter Leo Unger introduced them to the jazz and blues scene of Holland and a year later (1966) they made their first single record, accompanied by the most famous band of the Hague then, the Q65. Then John and Nicko created the Band Livin’ Blues, together with Ted Oberg, also with Cesar Zuiderwijk (Earring), Henk Smitskamp (Shocking Blue, The Motions), followed by Ruud van Buuren (Group 1850, Long Tall Ernie) and Johnny Lejeune. Three hit records and 5 albums were released with the help of producer Jaap Eggermont (1970) followed by tours in Europe until 1975, when the band split up. Highlights were the Dutch tour with Peter Green's Fleetwood Mac, the Jazz and Rock festival in Palermo, with names like Ella Fitzgerald, Collosseum and Deep Purple. When this band split up in 1975, it was directly succeeded by a second Livin' Blues where Nicko was a singer sax player in all combinations of the band. Later highlights were the Music and Harmony event in the Ahoy where they jammed with Steve Lukathor (Toto) and Ad Van Den Berg. And after the millennium change the band toured in Europe and the Jakarta Blues festival in Indonesia with the help of manager Ruud Jansen. Nowadays this legendary formation still plays their blues –boogie-rock and shuffle style on numerous stages. In 2008 Livin' Blues Xperience received the Dutch National Blues Award and were voted best international blues band in Poland. Their current repertoire consists of Livin' Blues-classics and contemporary funky blues and blues rock songs, their shows are sensational and reflect their boundless energy which sets audiences on fire time after time.

What do you learn about yourself from the art and music? What is the relation between music and visual art?

In between concerts and tours, nowadays is enough time to do something new. And painting and drawing is like meditation to me together with Tai Chi exercises.

How do you describe and what characterize Nicko Christiansen’s music and artistic philosophy?

The Yin Yang Blues / finding the balance / energy is everything and everything is energy. 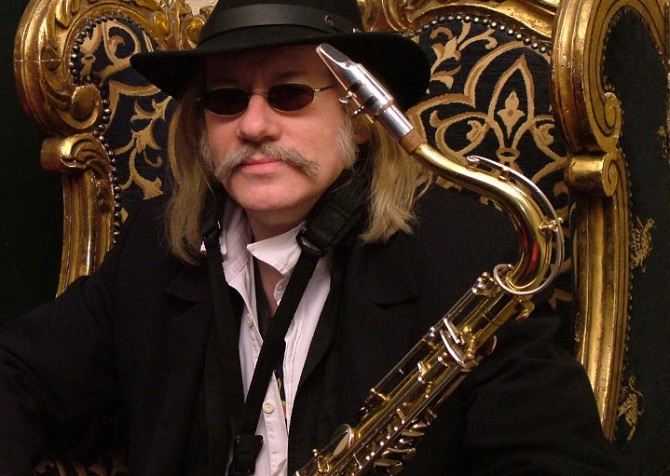 "In between concerts and tours, nowadays is enough time to do something new. And painting and drawing is like meditation to me together with Tai Chi exercises."

The best moments were the feeling good moments. I always loved touring and meeting other cultures, new music friends. The downfall for me was in 1975 when everything went wrong for me. I lost my sweet mother and my girlfriend went, I had a drinking problem, a stomach ulcer and my house was gone because of losing my band and work too. But soon there was a new time with new friends and a new band and to be without money was not really bad. New adventures are always waiting around every corner.

So many good jams I’ve had. We had a jam with Steve Lukathor (Toto) and Adrian vanden Berg in the Ahoy hall for Music and harmony festival (1980) .that was really great and big fun. Also to be a support act for Muddy Waters in Belgium and the talk we’ve had with him in the dressing room. Support for BB King as well in Alkmaar. I played in the band of Desmond Dekker too, that was fun. But also the concerts in a small club called the Syndicate in the Hague with my friends Ricky La Conga and Thys Vlaszaty, also Eelco Gelling, John Lagrand and Thys van Leer. I wrote a book about my life, this year it will be released.

The teachings of Zen, Aikido and Tai Chi, Chi Kung also the books about it. "The sixties and seventies were most interesting because there was freedom. A lot of people liked to go out and be one with Music and Art." (Photo: Nick with Livin' Blues early 70s)

Yes, there are many and I wished we’ve had more people to film and record everything. The best memories for me are the tours in U.K., Switzerland, Germany, Italy and later Thailand Indonesia, Spain, France, Greece, Portugal, Denmark, Poland, Czech, Slovakia, Hungary, Moscow, Luxembourg, Belgium and now we go for the First time to Norway too. With Livin’ Blues Xperience and a new cd out.

What do you miss most nowadays from the past? How has the music changed over the years?

The nice clubs and idealistic companies. Money is making robot people, very bad for the whole planet and life on it. The system is wrong but to find out it is too late. Times will change, there is no other way.

What are your hopes and fears for the future? What does the Blues mean to you?

I really hope for health and strength for me and all the people , love respect harmony has got more power than the opposites / to me blues is life and death/ black and white / love and hate/day and night/ so I call it  Yin- Yang Blues.

Make an account of the case of blues rock in Dutch. Which is the most interesting period in local scene and why? 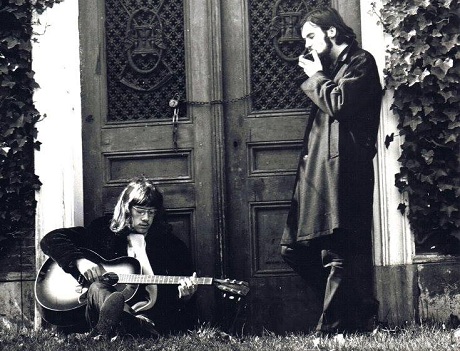 The sixties and seventies were most interesting because there was freedom. A lot of people liked to go out and be one with Music and art. There was also stupidity of war and money, but we had the good chance to change.

Mike Vernon really was a good friend of the band; Peter Green was so wise and relaxed before he went to America to become famous. And Colloseum one of the greatest bands ever. I have never met Ella Fitzgerald because she played on another day in the festival of Palermo. Deep Purple we have met many times in Germany, the only one who talked with us was John Lord the keyboard man, very nice person.  Also in that time of German tours Rory Gallagher was great and a good person. We loved to see him playing with the Taste.

Everything, it is all in the game. It is important to give up fighting things and start dancing with yourself. I like to find new jokes and humor.

The new Live cd and working with my friends Milko Lippe and the 010FM radio friends, my brother and inspiratory master painter Marcellus Hoornweg and Hans en Ellen Allesman, my daughter Marcella. Sylvie and Maria Wanjeri and my whole music family.

There’s a tour coming up in Norway and later this year Poland and Czech, then Denmark and a new solo cd with friends called Zigzag down the road. The live cd of LBX alive and kickin, many plans adventures.

A trip to ancient China when the Tao ruled.