"My hope is that young people discover all the great music from the world’s cultures and past - that they listen in the best possible environment and start taking music seriously instead of something to be enjoyed in the background."

Steve Katz is a guitarist and record producer who is best known as a member of Blood, Sweat & Tears. Katz was an original member of Even Dozen Jug Band, The Blues Project and American Flyer. As a producer and musician, his credits include albums of the Irish band Horslips, Lou Reed, Lynyrd Skynyrd, and Elliott Murphy. Steve Katz’s professional career started in the late fifties on a local Schenectady, New York television program called Teenage Barn. At 15, Steve studied guitar with Dave Van Ronk and Reverend Gary Davis. It was at this time that he met and befriended guitarist Stefan Grossman. Steve & Stefan would sometimes act as road managers for Reverend Davis and, in so doing, met many of the great “rediscovered” blues men of an earlier era, like Son House, Skip James and Mississippi John Hurt.              Photo by Leon Steele 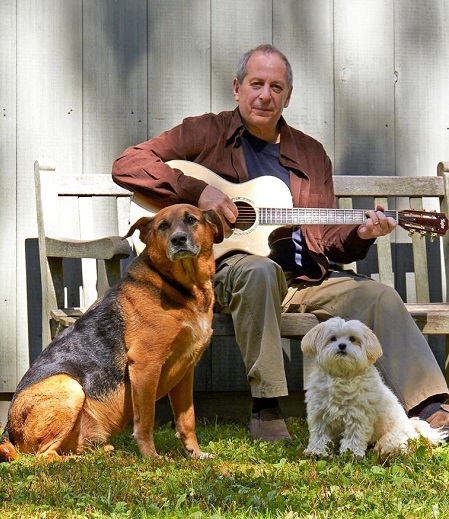 After the demise of the Blues Project, Steve, Al Kooper, Bobby Colomby and Jim Fielder decided to work up a set, mainly of Al’s new songs, for a benefit concert whereby enough money would be raised to send Al to London where he wanted to live. Thus, the formation of Blood, Sweat & Tears, a Columbia Records contract, and the album Child is Father to the Man. Of course, all the rest is always a big chapter of music history...

Steve was offered an opportunity to get closer to the business of music in 1977 with his appointment as East Coast Director of A&R and later as Vice President of Mercury Records. As a New York A&R executive in Dublin, Steve had also passed on a young group by the name of U2, a decision that Steve would regret for the rest of his life. It was during his visits to Ireland that Steve became enamored with all things Irish, especially the traditional music and Irish literature. This awareness turned into obsession and in 1987, Steve became Managing Director of Green Linnet Records, the foremost record label of traditional Irish music in America. Steve stayed on at Green Linnet for five years, during which time he married his one true love, Alison Palmer, a ceramic artist. Steve still performs, is a professional photographer, and is now in the process of writing his memoirs, the book, "Blood, Sweat & My Rock and Roll Years, will be published in the Spring of 2015 by Lyons Press.

I didn’t learn so much about myself because my background and environment was so much different then the environment that created and sustained the blues. I saw the blues as the most American of musical forms, created within the Black community, reflecting very harsh social conditions and how the Black community reacted to those conditions. That was from a purely objective and historical point of view. From a subjective point of view, I related to the blues because it was soulful and real and I wanted to be able to get inside of it and feel the freedom and pain and joy that the blues had to offer...

How do you describe Steve Katz sound and songbook? What characterize your music philosophy?

I don’t think there is a “Steve Katz” sound. My songs have mostly been about ill-fated or unrequited love affairs, written and performed as ballads. My musical philosophy has always been limited by my ability. I can interpret a blues, but I could never write one. I’ve never lived in that kind of environment. As far as my taste in music, I very simply enjoy anything that, to my ears, is good. 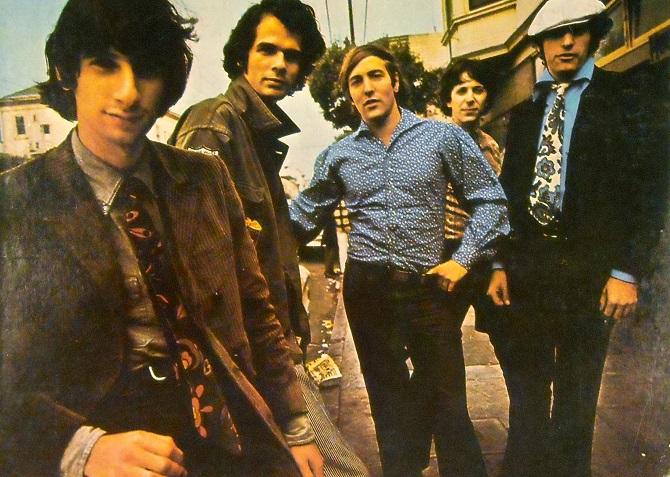 "My fear for the future is that musicians will keep getting screwed out of royalties by corporate interests." (The Blues Project: Danny Kalb, Al Kooper, Steve Katz, Andy Kulberg, Roy Blumenfeld)

The most interesting period would be when I was in The Blues Project. It was the mid-sixties. The times were changing, people’s taste and politics were changing, and we were experimenting. We lived as a band, not making very much money but fervently believing in what we were doing.

Are there any memories from Blood, Sweat & Tears and The Blues Project which you’d like to share with us?

My favorite gig with The Blues Project was at Murray the K’s last big show in New York. The bill also included Cream and The Who - first time in America for both bands. The audiences were practically empty, but where else could you get a chance to jam backstage with Wilson Picket, Eric Clapton, Buddy Miles, etc? It was 9 days of fun and a lot of great memories. I also loved playing the Monterey Pop Festival where I got to shake hands with Otis Redding, watch Janis sing “Ball and Chain” from the sidelines, and have a hot dog with Jimi Hendrix just before he went on. With Blood, Sweat & Tears, I’d have to say finding out that our second album reached #1 and receiving our Album of the Year Grammy from Louis Armstrong at the Grammy Awards.

My hope is that young people discover all the great music from the world’s cultures and past - that they listen in the best possible environment and start taking music seriously instead of something to be enjoyed in the background. There is almost an infinite amount of great music that’s been recorded in the past 100 years or so and, for the average listener, yet to be discovered. My fear for the future is that musicians will keep getting screwed out of royalties by corporate interests. 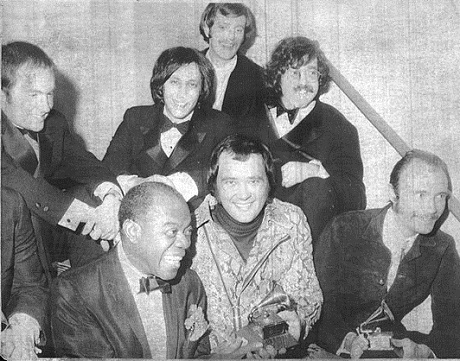 Meeting Mississippi John Hurt, Groucho Marx, Muddy Waters, Sandy Koufax, Richard Rodgers, Rev. Gary Davis, Louis Armstrong, and Neil Armstrong. The best advice ever given was 1) just to follow my instincts instead of what was to be expected of me. I forget who told me that, probably myself, and 2) I probably didn’t get the girl pregnant after all - Mississippi John Hurt, Los Angeles, 1964.

What were the reasons that made Greenwich Village in 60s to be the center of cultural searches and experiments?

New York has always been the gravitational center for arts in America. Greenwich Village, with its winding streets and Bohemian lifestyle has always, until recently, been the center of the New York Art scene. In the sixties, young people began to question authority, realizing that the war in Vietnam was wrong and that freedom was not a concept for all Americans. Young artists rebelled. Many artists and musicians came to New York and many reacted to those changes from college campuses. Greenwich Village was a womb for creativity in a very special time.

Rev. Davis was very funny, always joking around as a kid. I took a few lessons from him and drove him around to gigs for a while. Son House was not very nice, Skip James was lovely person, but Mississippi John Hurt was the best - amazing, gentle and caring human being. 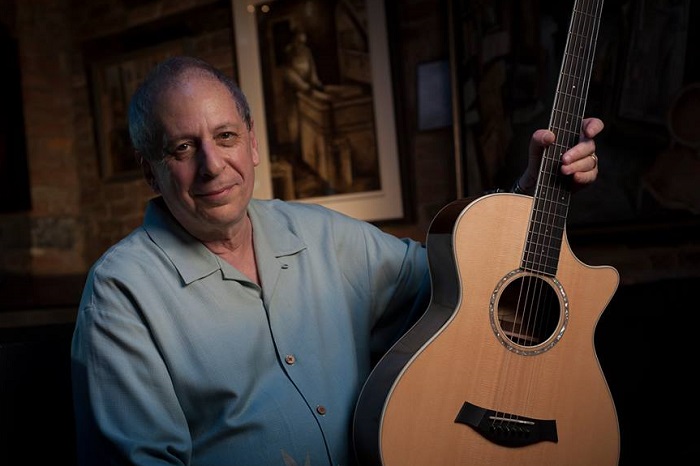 What are the lines that connect the legacy of Blues/Rock with Soul/Jazz and continue to Folk and Irish music?

It’s the other way around. First you have folk music, music of the British Isles, Child Ballads, etc., and then you have the blues, an amalgamation of the above with Haitian, Creole, and minstrel influences. Soul was an outgrowth of rural blues from the American South, with guitar and piano as the basic instruments and Jazz was formed in New Orleans, along with the same Haitian, Creole and minstrel influences, and adding horns to the mixture. This question would be better off answered by an academic rather myself.

A better appreciation of ALL kinds of music.

Not too much has made me laugh lately, but what touches me the most are my peers, colleagues, and friends passing away, which reminds me that although the music may live forever, the creators and interpreters don’t.

To sit next to Mozart while he was composing or to be present at the Miles’ Kind of Blue sessions with Bill Evans and John Coltrane. Also, I’d love to have been in that hotel room when Robert Johnson recorded. That way I would have heard for myself whether those acetates were sped up when they were transcribed to disc. 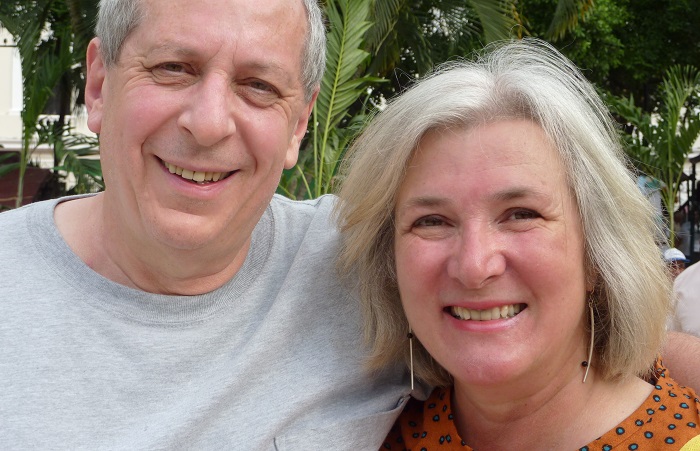